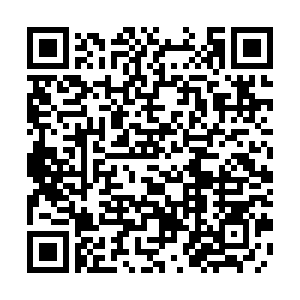 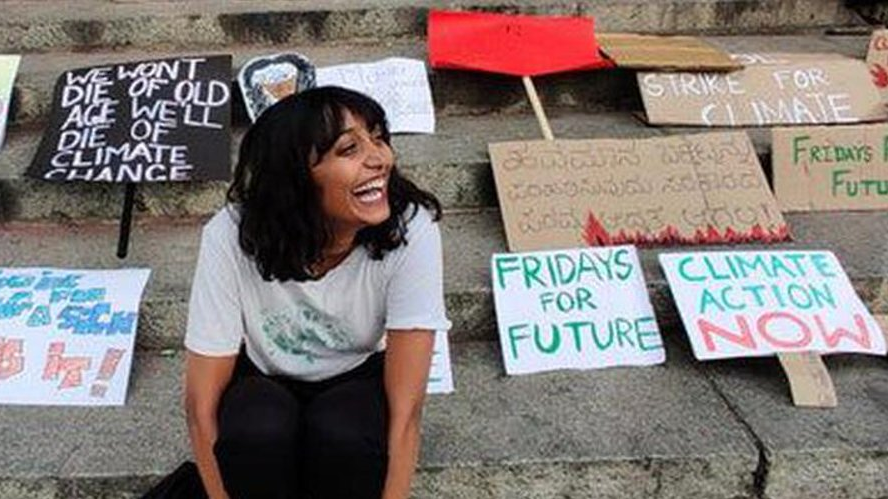 The arrest of a 21-year-old Indian climate activist over her role in creating an online guide for supporting the ongoing farmers' protests has sparked widespread outrage among activists, academics and politicians in India and beyond, with opposition leaders accusing the federal government of subverting democracy in the process.

Activist Disha Ravi was arrested on Saturday night from her home in Bengaluru, capital of India's southern state of Karnataka, by Delhi Police. The police alleged that Ravi edited an online "toolkit" – a Google doc offering basic guidelines on how to show support to the months-long farmers' protests – that was tweeted by Swedish teen environmentalist Greta Thunberg as she extended her backing to the farmers' cause earlier this month. 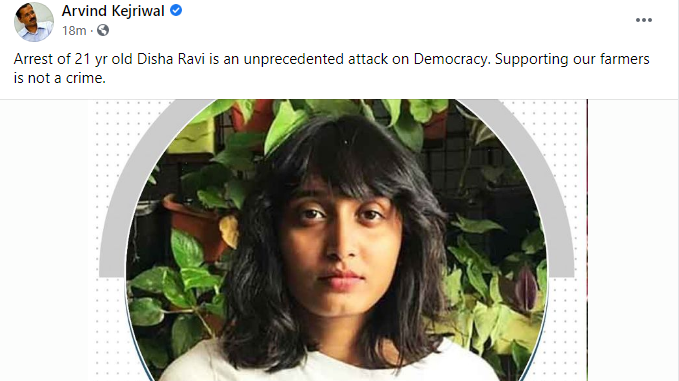 India's former minister and a veteran leader of the main opposition Congress party, P Chidambaram, said the police action has turned India into "the theatre of the absurd."

"The Indian state must be standing on very shaky foundations if Disha Ravi, a 21-year-old student of Mount Carmel college and a climate activist, has become a threat to the nation… India is becoming the theatre of the absurd and it is sad that the Delhi Police has become a tool of the oppressors," Chidambaram tweeted.

Following Thunberg's tweet, the Delhi Police had launched a probe against the creators of the social media toolkit which it claimed was designed to "encourage disaffection and ill-will" against the government. Thunberg wasn't named in the official police complaint.

The police also linked the creators of the "toolkit" with a pro-Khalistani movement, citing Sikh separatists who want to create a homeland of Khalistan in India's northern Punjab state. A large number of the agitating farmers belong to Punjab.

In a statement put out by its official Twitter handle, the Delhi Police said Ravi was an "editor" and "key conspirator" in the toolkit document's formulation and dissemination. 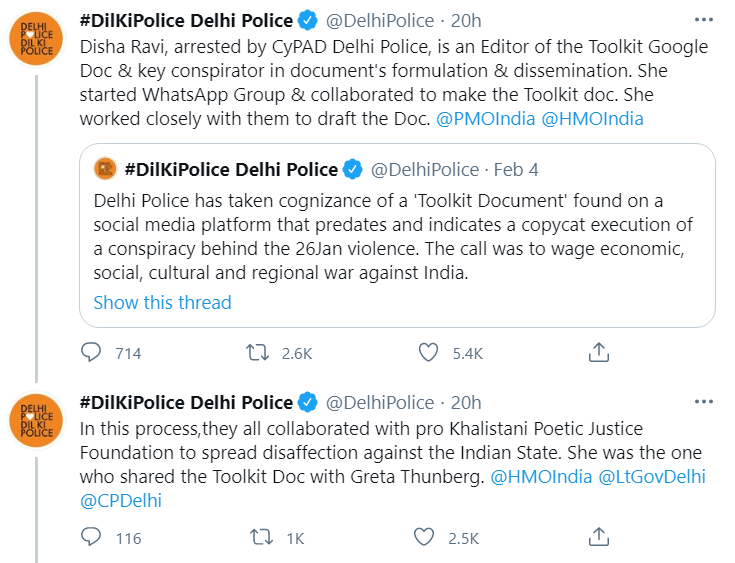 Ravi is one of the founding members of 'Fridays For Future India' group, part of an international movement established by Thunberg to draw global attention on climate change.

The Indian government has reacted with fury to tweets about the protests by international celebrities and activists including Rihanna, Thunberg and Meena Harris, with an official foreign ministry statement calling them "sensationalist".

"The Delhi Police chief should hang his head in shame for Disha Ravi's arrest, as should [External Affairs Minister] Dr S. Jaishankar and colleagues for contributing to hysteria over the toolkit. If these clever men see sedition in it, they aren't fit to hold public office in a democracy," Siddharth Varadarajan, founding editor of the news portal The Wire, tweeted, slamming the over the top reaction by authorities.

A coalition of activist groups demanded Ravi's release saying they were "extremely worried for her safety and wellbeing," the NDTV reported. The Samyukta Kisan Morcha (SKM), the umbrella body spearheading the farmers' protests, demanded her "immediate unconditional release."

Many prominent individuals and activist groups from India and outside have come forward in Ravi's support. American activist and lawyer Meena Harris, the niece of U.S. Vice President Kamala Harris, raised the matter while drawing attention to the continued "targeting" and "silencing" of activists in India. 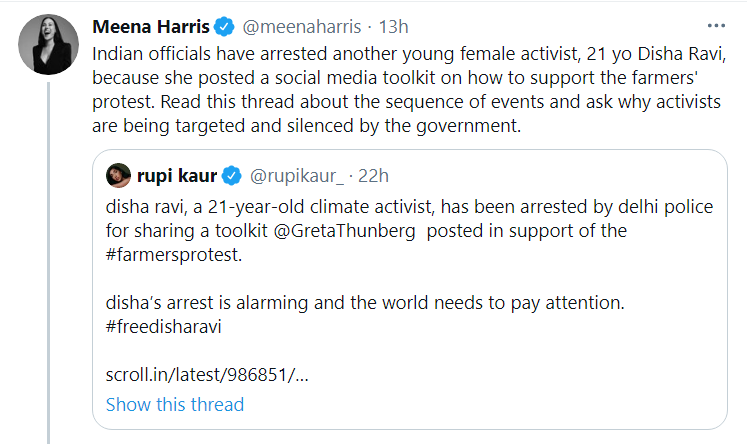 Read also: Why is India angry with Rihanna, Greta Thunberg and Meena Harris?

"Indian officials have arrested another young female activist, 21 yo Disha Ravi, because she posted a social media toolkit on how to support the farmers' protest. Read this thread about the sequence of events and ask why activists are being targeted and silenced by the government," Harris tweeted.

Slamming the police for arresting the young climate activist on "ridiculous charges," environmentalist Bill McKibben, founder of 350.org, tweeted: "Only a government that puts profit over people would consider asking for clean air, clean water and a livable planet, an act of terrorism." 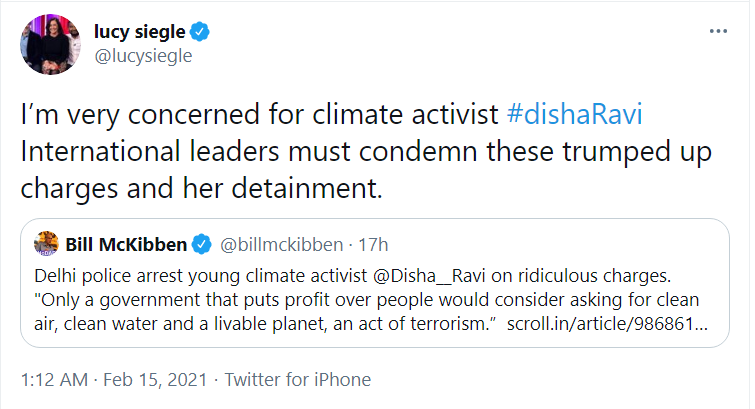 Tens of thousands of farmers have camped on roads leading into the capital calling for new agriculture laws to be repealed since late November, in one of the biggest challenges to Modi's government since it came to power in 2014.