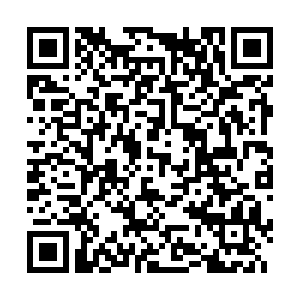 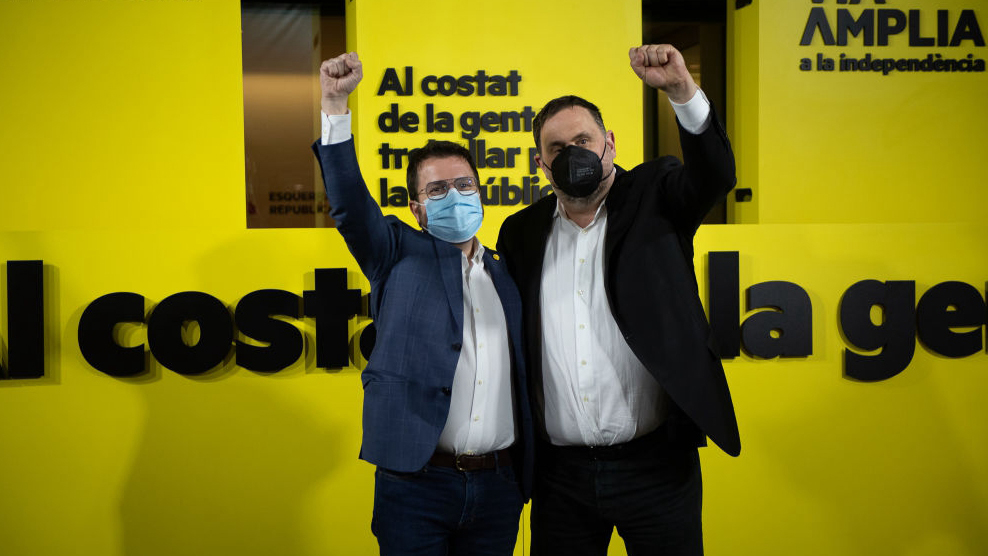 Pro-independence parties won enough seats on Sunday in Catalonia's regional parliament to strengthen their majority, although a strong showing for the local branch of Spain's ruling Socialists pointed to a dialogue, rather than breakup, with Madrid.

Spanish Prime Minister Pedro Sanchez's Socialists won the most votes but the three pro-independence parties together were set to get 74 seats in the 135-seat assembly. That is up from 70 seats won in the last election in December 2017, just months after Catalonia's failed secession bid.

The final outcome is unlikely, however, to lead to any repeat of the chaotic, short-lived declaration of independence from Spain. Tensions have ebbed and most voters were more concerned about the COVID-19 pandemic than independence.

The turnout was 53 percent amid the COVID-19 pandemic, down from 79 percent in the previous election in 2017.

Election monitors swapped face masks for full-body protective suits during the final hour of voting, which was reserved for people with confirmed or suspected COVID-19. Other precautions during the day included temperatures taken on arrival, hand gel and separate entries and exits. 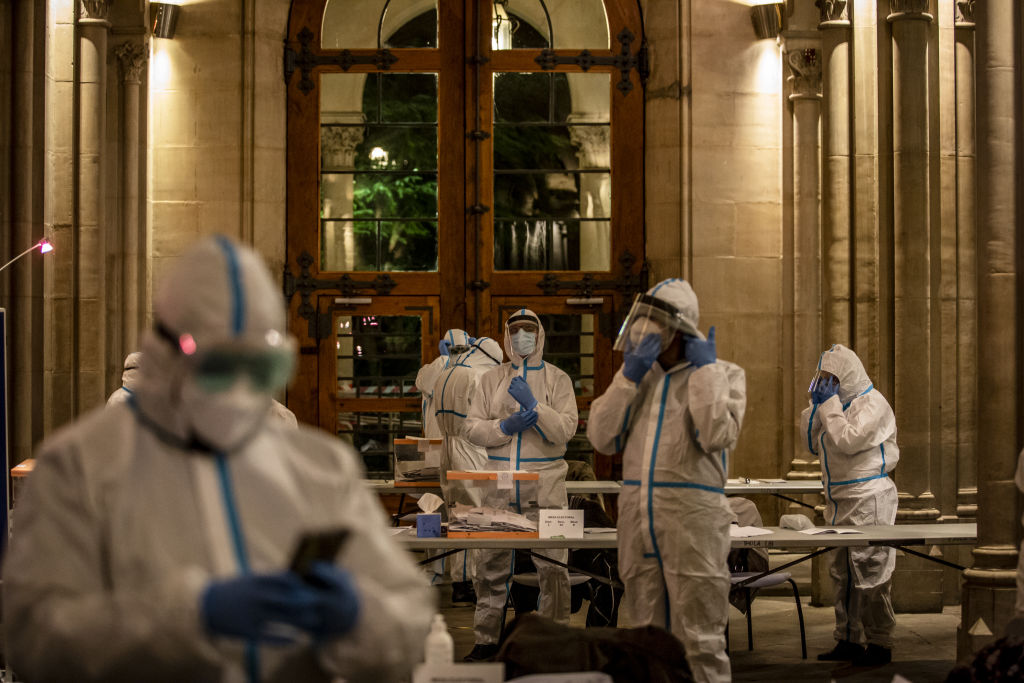 Dialogue with Madrid in sight

The Socialists had 33 seats, up from 17 in the last vote when they finished fourth. Sanchez had hoped the election would end separatist rule in the region which accounts for a fifth of Spain's economy. He fielded his Health Minister Salvador Illa as his candidate in the hope that his high profile in the fight against the pandemic would help win votes.

Leftist pro-independence party Esquerra Republicana de Catalunya (ERC) said it would lead the regional government and seek the support of other parties for a referendum on independence.

The result leaves the ERC's main candidate, 38-year-old jurist Pere Aragones, best placed to become Catalonia's next leader. "We have stopped an operation by the (Spanish) state to expel separatists from institutions," he said after the results were announced.

"The country starts a new era with (separatists) surpassing 50 percent of the vote for the first time. ... We have an immense strength to achieve a referendum and the Catalan republic," Aragones said, urging Sanchez to enter into talks to agree on a referendum.

But the fragmented vote, which saw the Socialists win the highest percentage of votes, 23 percent, and the same number of seats as ERC – 33 in the in the 135-seat assembly – means they will also try to form a government. 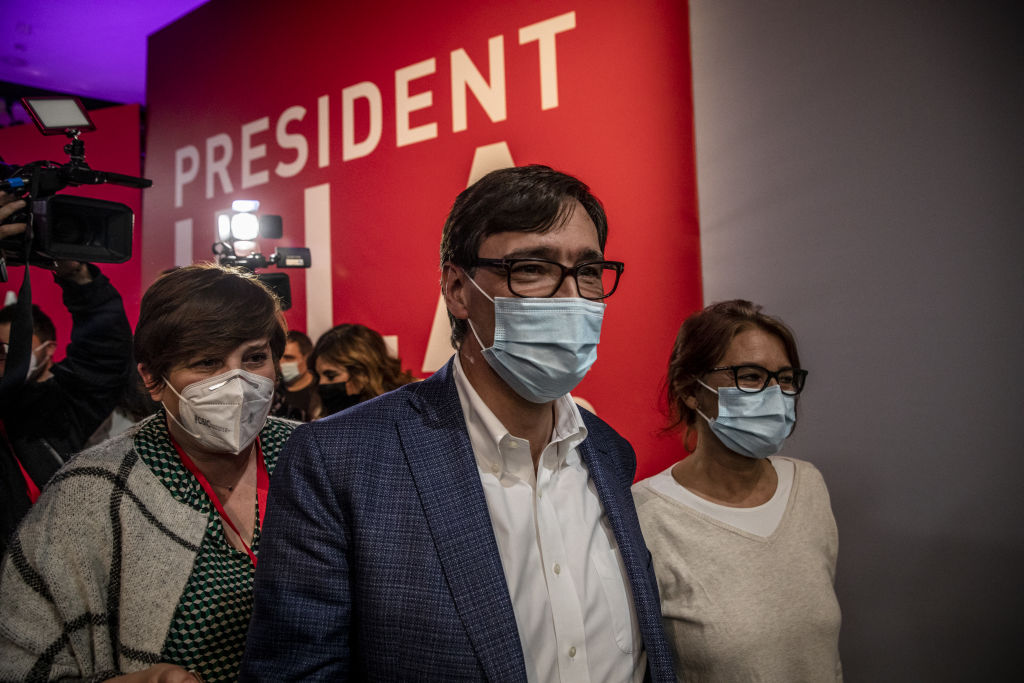 Salvador Illa, candidate for the Socialists' Party of Catalonia (C) departs from an election night rally at the party headquarters in Barcelona, Spain, February 15, 2021. /Getty

Salvador Illa, candidate for the Socialists' Party of Catalonia (C) departs from an election night rally at the party headquarters in Barcelona, Spain, February 15, 2021. /Getty

Illa, who until recently led Spain's coronavirus response as health minister, argued there was a broad call in Catalonia for reconciliation after years of separatism and said he would try to seek a majority in parliament. That would require an unlikely alliance, however, with other parties.

The center-right pro-independence Junts won an estimated 32 seats, while far-left separatist party CUP got nine. Both those parties are considered key to achieving another pro-independence coalition government.

Spanish nationalist far-right party Vox won 11 seats in Catalonia's parliament for the first time, ahead of the People's Party, the main Spanish conservative party, and the center-right Ciudadanos. Vox is already the third-largest party in Spain's national parliament.