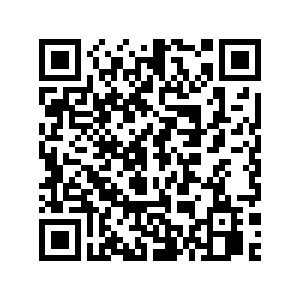 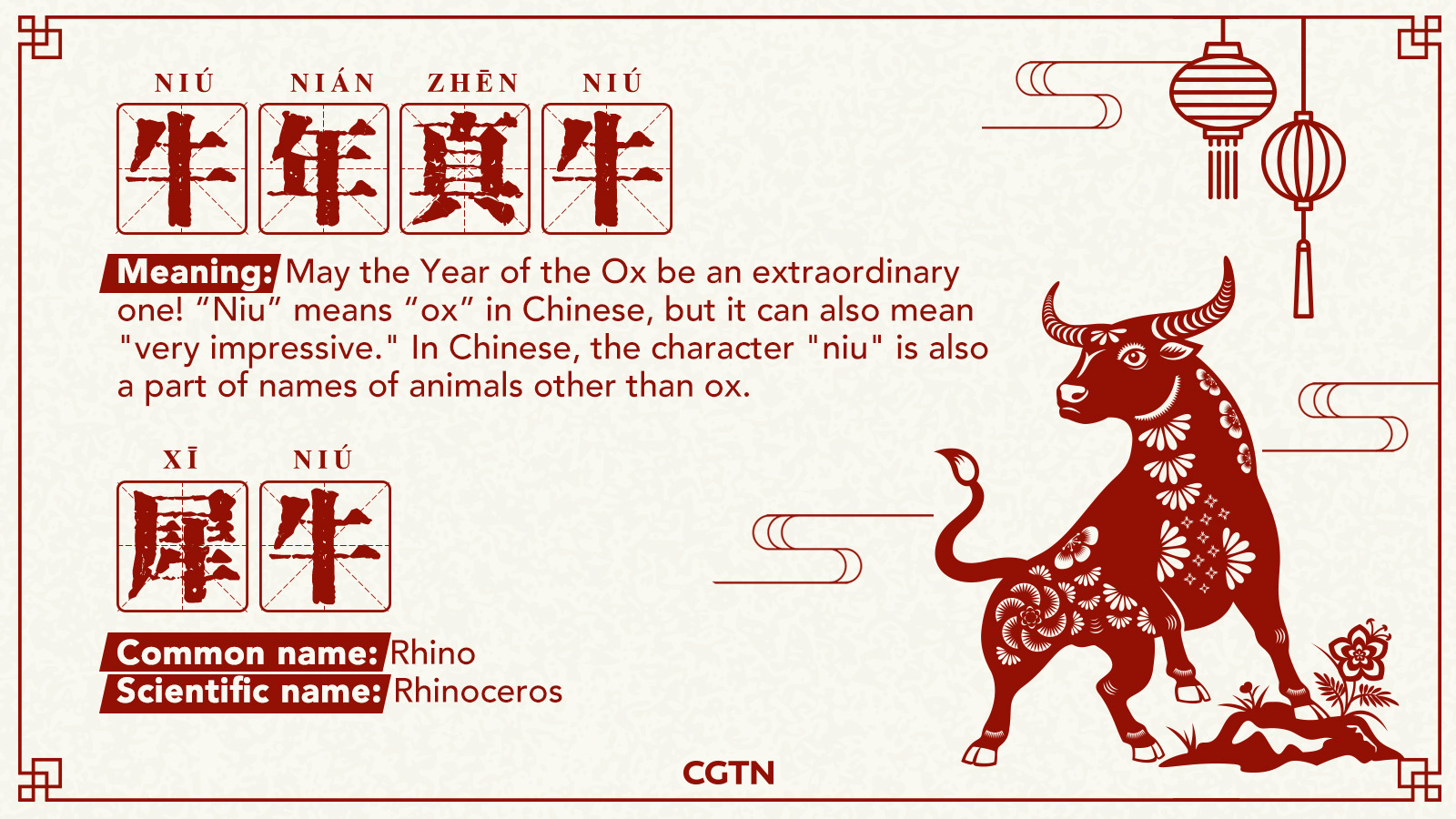 The rhinoceros, or simply rhino, is a big animal with giant horns that grow from the snout.

The rhino family has five distinct species. The black rhino and white rhino live in Africa while the Sumatran, Javan and Indian rhino (or greater one-horned rhino) inhabit the tropical forests and swamps of Asia. 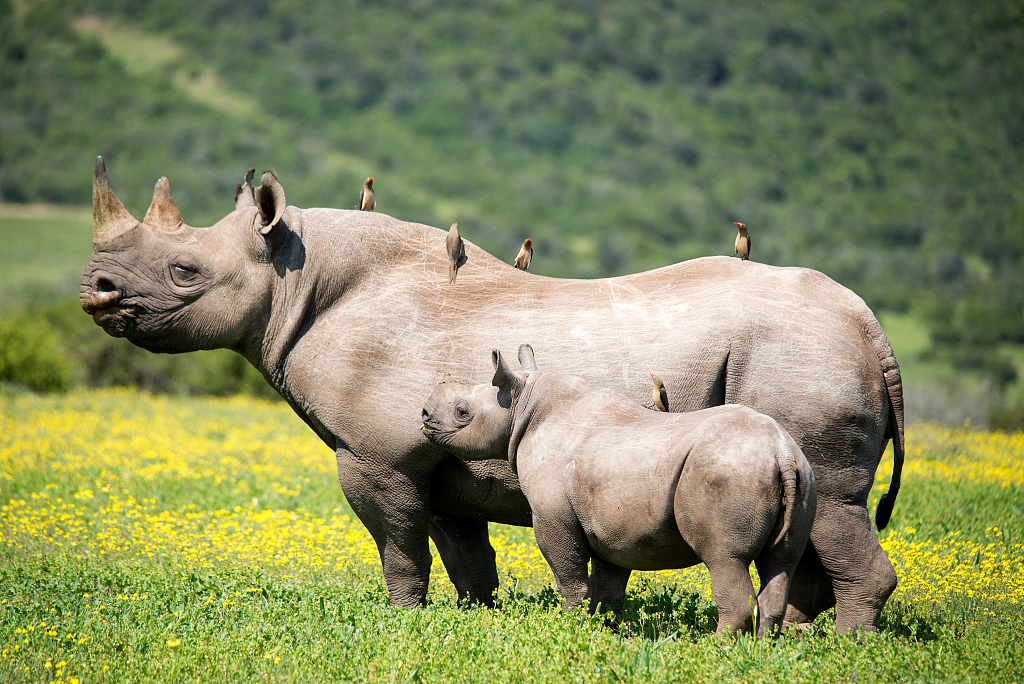 A mother rhino with its calf. /VCG

A mother rhino with its calf. /VCG

Despite their big frame, rhinos are herbivores, feeding primarily on leafy material at dawn, dusk and night when the weather is cool. During the hot periods of the day, they either sleep in the shade or wallow in the mud since the sticky soil can protect their skin from sun and bugs. 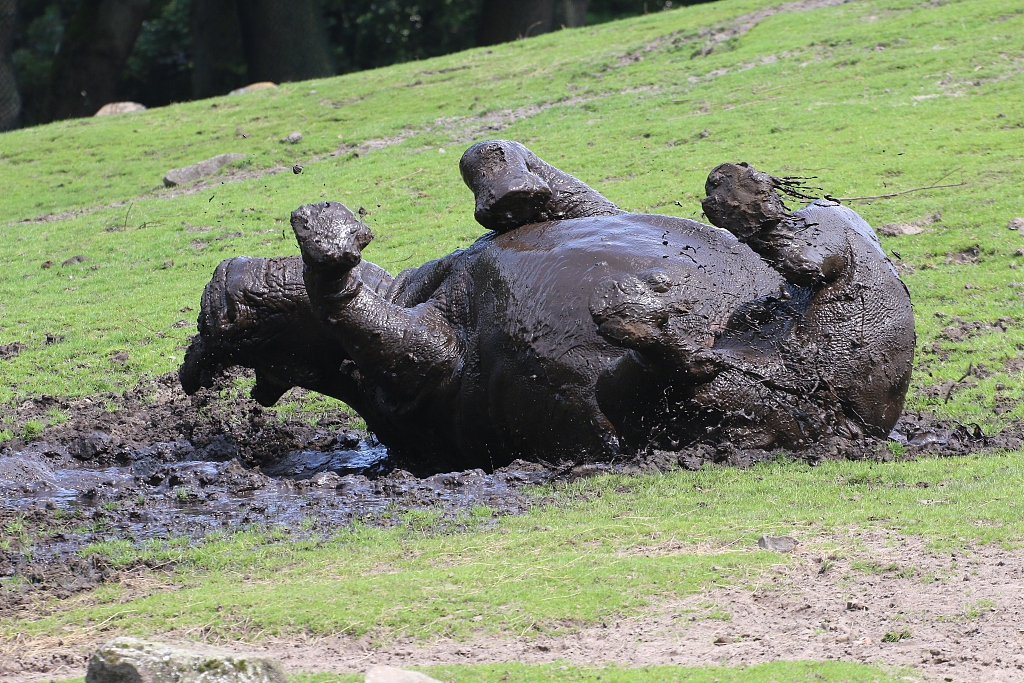 Mud can protect the rhino's skin from sun and bugs. /VCG

Mud can protect the rhino's skin from sun and bugs. /VCG

Rhinos are known for their horns which are actually made of keratin, the same fibrous protein found in human hair and nails. Javan and Indian rhinos have one horn while the white, black and Sumatran rhinos have two. 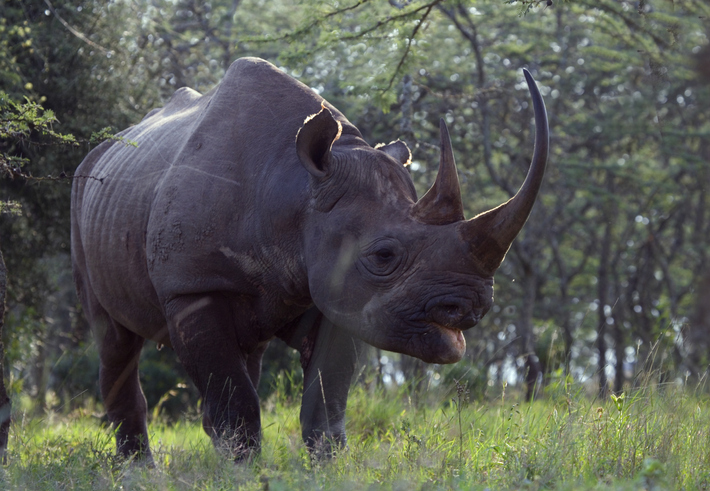 The horns of a black rhino in Kenya. /Getty

The horns of a black rhino in Kenya. /Getty

Because of their large size, strong horns and thick skin, rhinos have no natural predators. But demand for the hard outgrowth, which is used in religious rituals and medicine in parts of the world, has led to excessive poaching, threatening these big mammals. Poaching is a major threat to rhinos as their horns are considered very precious. /VCG

Poaching is a major threat to rhinos as their horns are considered very precious. /VCG

The rhino in Chinese is called xi niu, which literally translates into "the ox with horns." This has led many to think of rhinos as a type of cow. But niu ended up in the name because Chinese used to call uncommon beasts by the name of familiar livestock. And with rhino horns bearing similarity to cow horns, the name stuck. 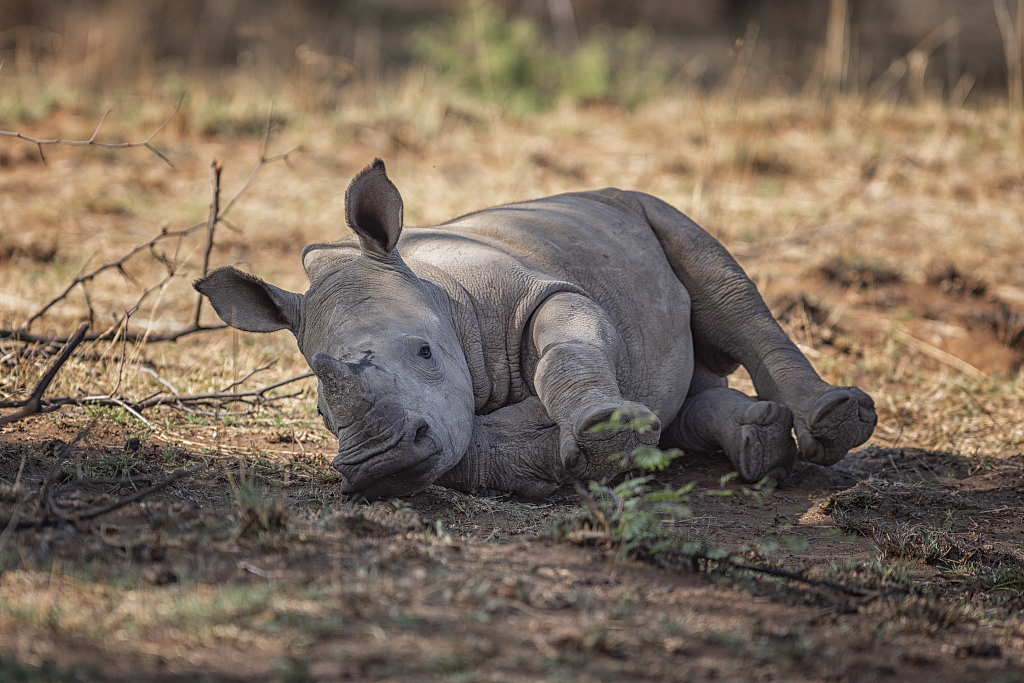 February 12 marks the beginning of the Year of the Ox. Niu means "ox" in Chinese, but it can also mean "very impressive." In Chinese, the character niu is also a part of the names of animals other than ox. In this series, CGTN goes over interesting facts about animals with the character niu in their names.