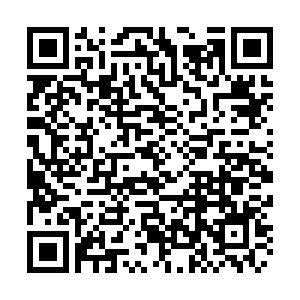 Ethiopian forces crossed into Sudanese territory in an act of "aggression," Sudan's foreign ministry said on Sunday, marking the latest flare-up in a long-standing border dispute.

"Sudan condemns the aggression of Ethiopian forces on the lands legally belonging to Sudan, which was a direct violation of Sudan's sovereignty and territorial integrity," said the Sudanese foreign ministry in a statement.

The Ethiopian aggression was also "a violation of the values of neighborliness and positive interaction among countries that enhances stability and security," the ministry added.

It demanded Ethiopia immediately stop its encroachment on Sudanese territories and ensure completion of the re-demarcation of the borders as agreed upon, while holding Ethiopia fully responsible for the consequences of its "aggression."

So far, there has been no immediate response from Ethiopian foreign ministry official spokesman Dina Mufti and State Minister of Foreign Affairs Redwan Hussein to Sudan's new claims.

But, Ethiopia has also accused Sudan of crossing into its territory earlier.

The Ethiopian foreign ministry said on its Facebook page on Saturday that "Ambassador Dina called on the government of Sudan to stop plundering and displacing Ethiopian citizens that it has started as of November 6."

Dina said third party mediation was unnecessary once "the Sudanese army evacuates the area that it has forcefully occupied," the Ethiopian foreign ministry Facebook post added.

Since September 2020, the border between Sudan and Ethiopia has been witnessing rising tensions and skirmishes between the two sides. Sudan accuses Ethiopian farmers, backed by armed forces, of seizing Sudanese border lands in Sudan's Fashaga area and cultivating them since 1995.

The border area of Fashaga between Sudan and Ethiopia, one of the five localities of Sudan's Gadaref State, often witnesses deadly attacks by Ethiopian militias during the preparation for agricultural season.

Sudan said last month that an Ethiopian aircraft had crossed the border, an allegation that Ethiopia denies.

(With input from Xunhua, Reuters)