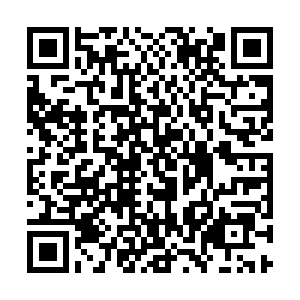 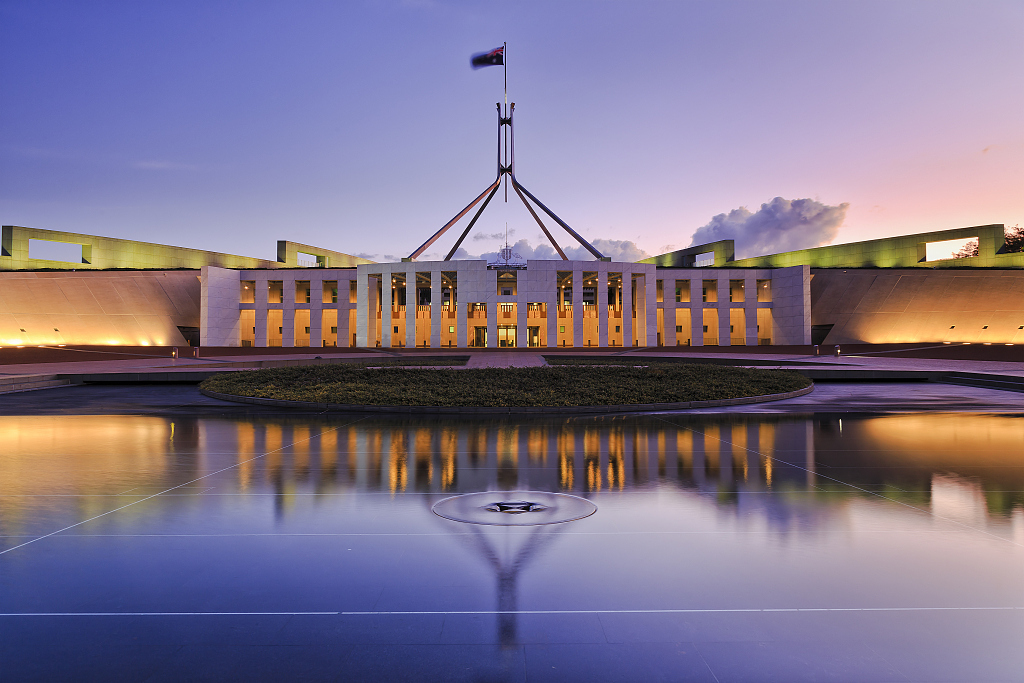 "I was raped inside parliament." It took Brittany Higgins two years to break her silence. The 26-year-old, who has worked as a media adviser to three Liberal ministers in Australia, narrated the horror she experienced in 2019 inside the country's Parliament House in a television interview on Tuesday.

Higgins alleged that she was sexually assaulted in then-defense industry minister Linda Reynold's office by a senior male colleague, whom she described as one of the "rising stars" of the Liberal Party.

According to Higgins, the accused offered to escort her home after Friday night drinks in March 2019 and instead took her to parliament, saying he needed to "pick something up."

"I was drunk, I really couldn't walk," she told Network 10, recollecting, "It felt better to go into the building than stand outside in the dark by myself."

"I woke up mid-rape essentially," said Higgins, adding she didn't know how she fell asleep in the minister's chamber.

Higgins claimed no medical help was sought by the security guards as she tottered her way out in the dead of night.

"Did they ask you if you were okay?" asked the interviewer. "No," Higgins replied. 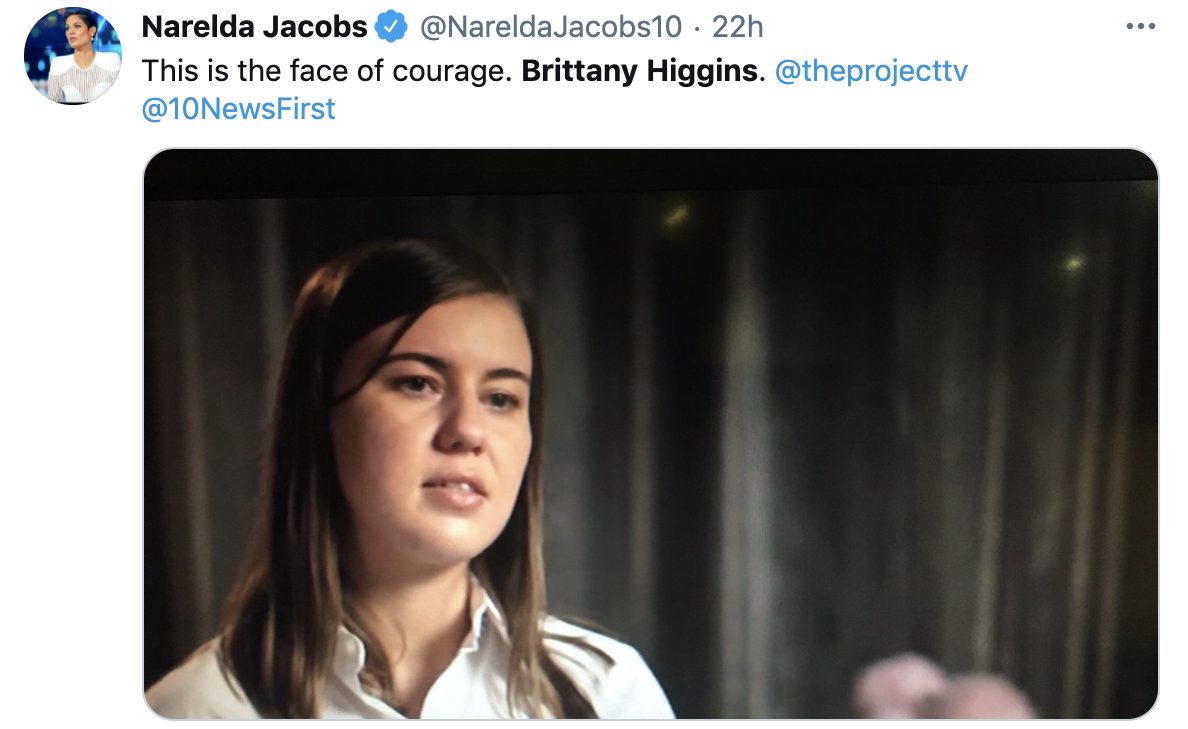 Brittany Higgins is being hailed for finally breaking her silence. /@NareldaJacobs

Brittany Higgins is being hailed for finally breaking her silence. /@NareldaJacobs

Higgins was merely three weeks into her job at the time, but she decided to report the matter to her employer, Reynold. The meeting was conducted in the same room where she was allegedly violated.

"There was a loop happening in my mind of this trauma that I'd just sort of come to terms with, and I thought it was unfathomable that they would put me in such a place again," she remembered. 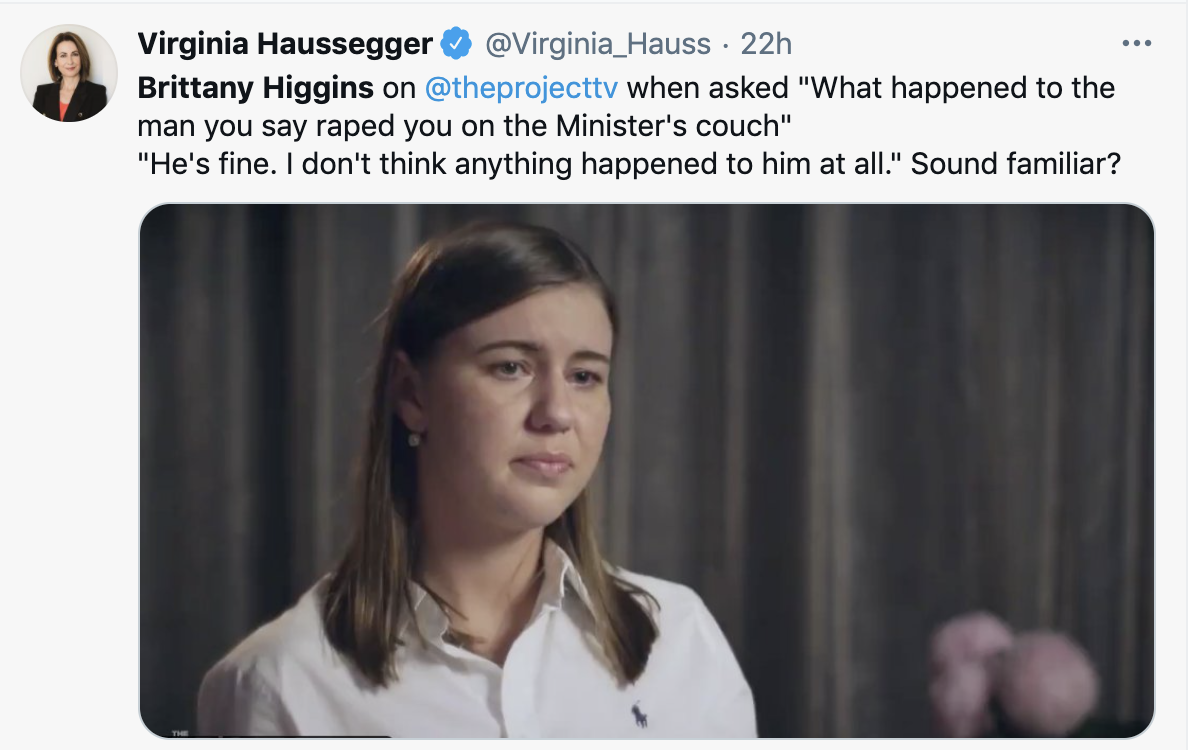 Higgins, who quit working for the government shortly after the assault, revealed that she felt pressured by her bosses to stay silent, and she feared losing her career if she dared to pursue justice.

Reynold, the country's current defense minister, reacted in the Senate: "My only top priority throughout this matter was the welfare of my then-staff member, adding she was "extremely concerned" about Higgins, who said she kept quiet to keep her "dream job."

"That should not have happened, and I do apologize," Prime Minister Scott Morrison told reporters in Canberra, saying his wife exhorted him to respond as "a father first - what would you want to happen if it were our girls?"

But the PM was besieged by women's rights activists and political opponents over the comment. 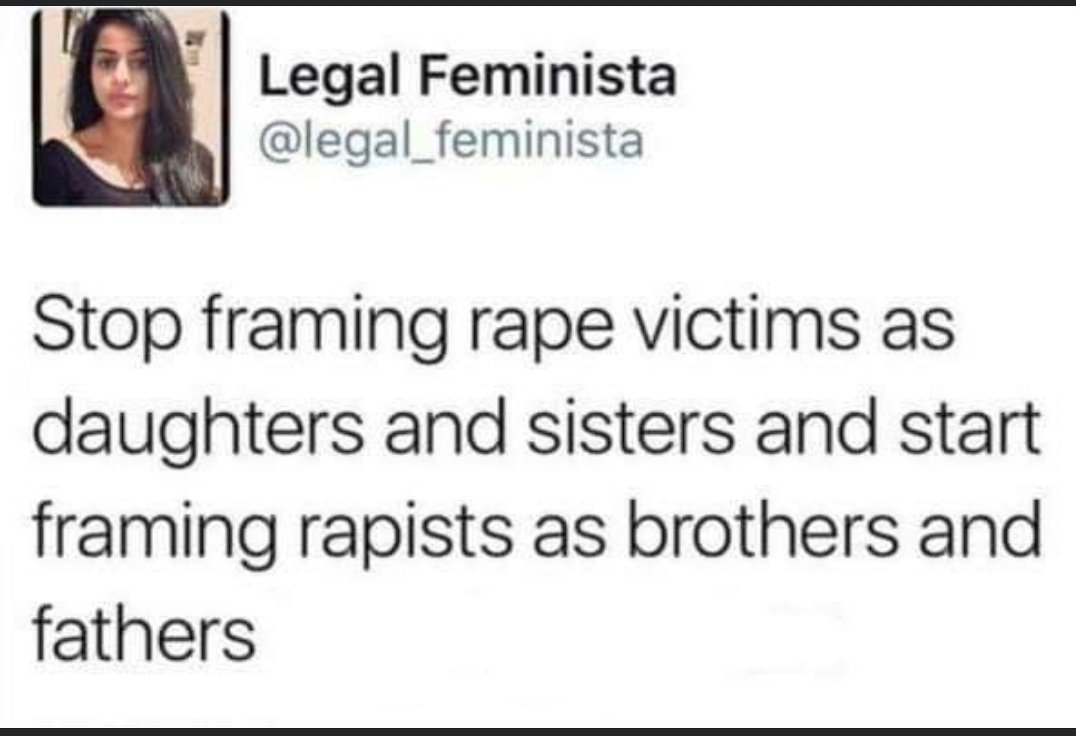 American activist Charlotte Clymer tweeted, "To Australian Prime Minister Scott Morrison and any other man who need to hear this: if you have to contextualize sexual violence against women by imagining it happening to your wife, daughter, etc. in order to appropriately act, you are very much part of the problem."

Labour Senator Jess Walsh from Victoria said on Twitter: "We are not your daughters, we are not your wife. We are humans with our own rights. Show some humanity."

Author Jamila Rizvi also attacked Morrison on social media: "Why on earth did the PM's wife need to suggest to him that behaving with some empathy might be a good idea? Isn't behaving with empathy a normal human response that we should expect from everyone, especially those in power?" 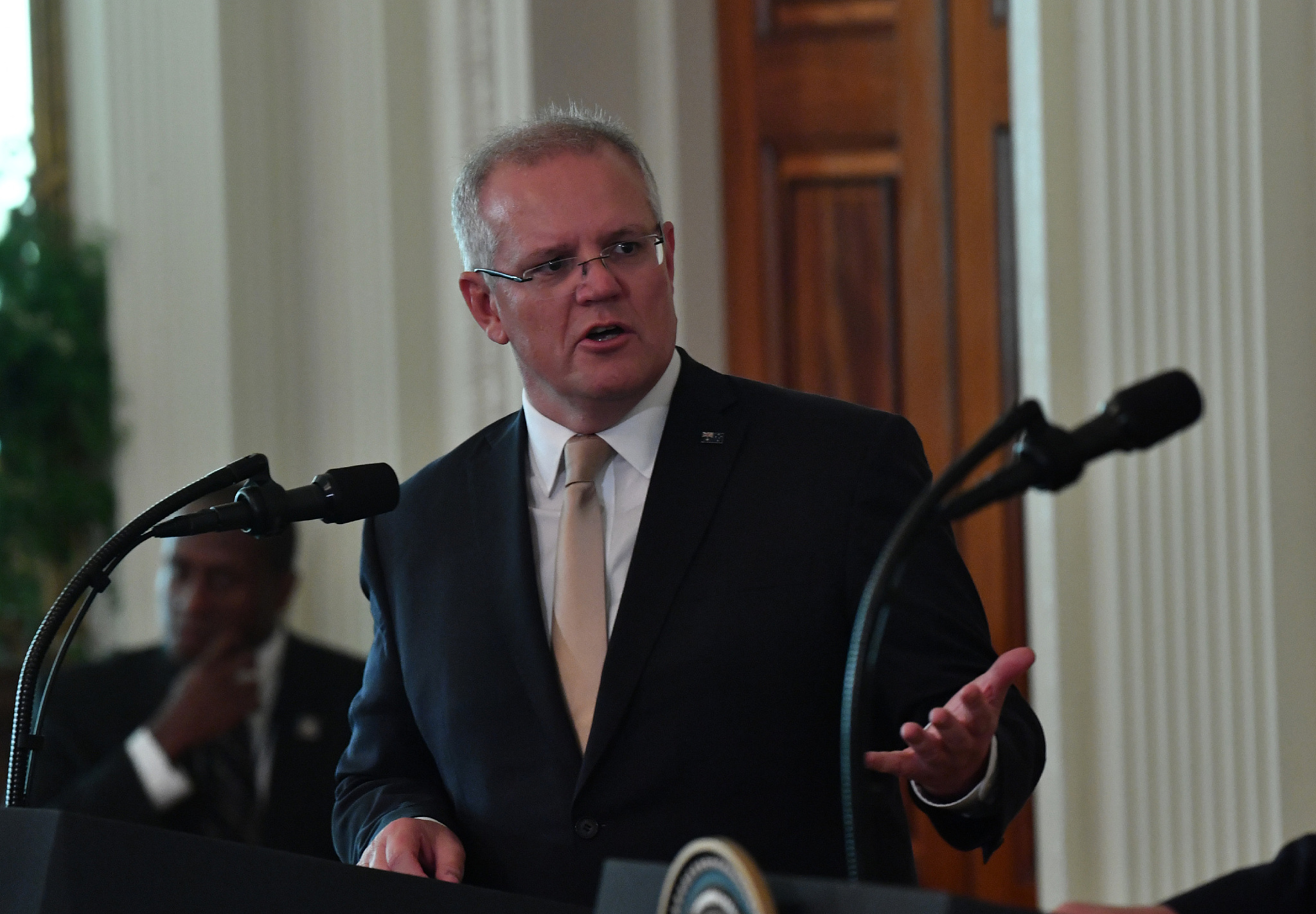 The harrowing incident has thrown the issue of misogyny inside Parliament House, seen as a symbol of Australia's national identity, back into the spotlight.

Higgins is the third Liberal woman staffer to allege sexual assault by a male member of the ruling party.

Marrison called the reports "deeply distressing" in a statement tabled in parliament on Tuesday. "I want to make sure that any young woman working in this place is as safe as possible," he vowed.

Department of the Prime Minister and Cabinet official Stephanie Foster has been asked to assess the procedure of dealing with workplace grievances. A backbench lawmaker will examine professional culture.