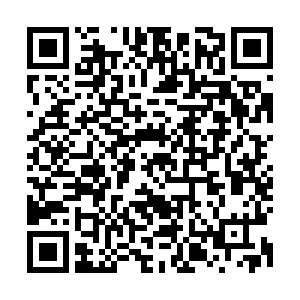 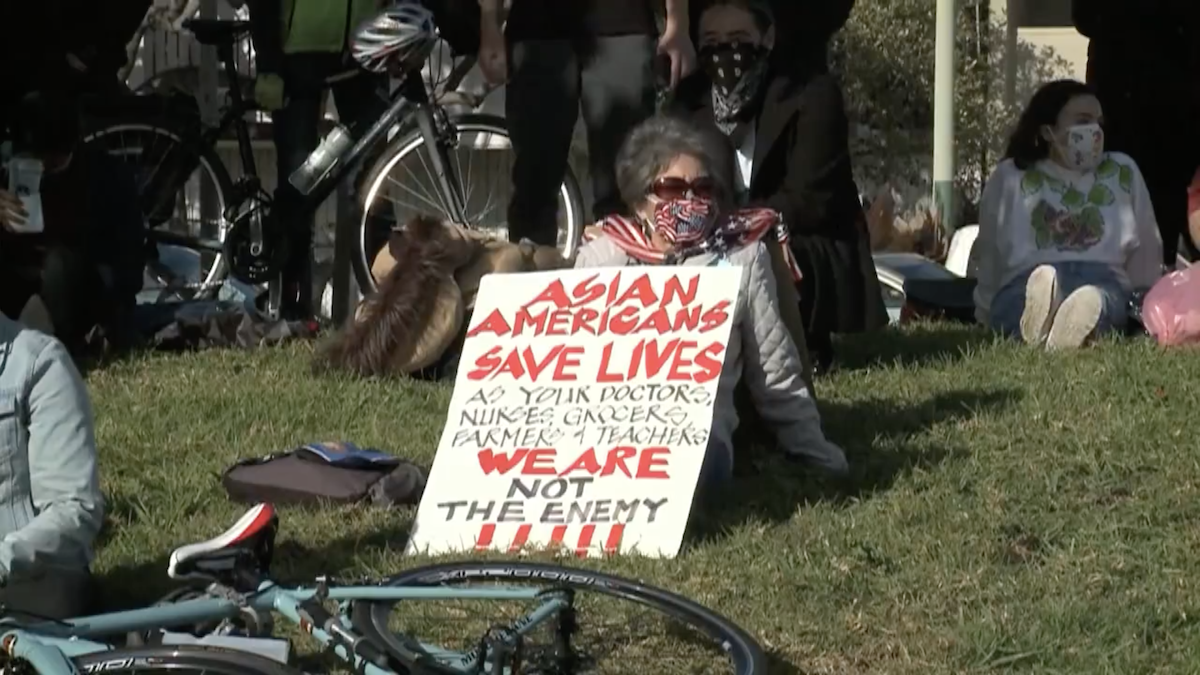 Over the past few weeks, social media has been flooded by disturbing video of Asians in America being violently attacked.

In San Francisco, security cam footage from January 30 shows a 19-year-old assailant sprinting across the street and barreling into an elderly man. Vicha Ratanapakdee, 84, died from those injuries. He was a man from Thailand who had come to America to be with his grandchildren.

The very next day in Oakland's Chinatown, security cameras captured a 91-year-old man being shoved to the ground by an assailant who's now been charged with three different assaults on the same day.  Fortunately, the elderly victim survived.

These are just a few of the horrific incidents that have plagued the Asian American community. In fact, the Oakland Chinatown Chamber of Commerce has received more than 20 incident reports in the last few weeks.

"I was just tired of everything going on social media, the attacks against the elders, them getting hurt, the robberies. It's just disgusting to look at, and I'm like, why is nothing happening?" said JoJo Au, who was born and raised in Oakland's Chinatown.

As a community activist, Au recently launched a fundraiser to hire armed, private security guards to patrol both the city's Chinatown and nearby areas. To her surprise, she met her goal of raising $25,000 in one day, raised the goal to $50,000 and met that, too.

"Honestly, I didn't know it was going to spread like wildfire," Au said. "So many people were so concerned about it but wanted to do something but didn't know what. I'm glad that I did this, cause you know ... The merchants they even say they feel safer. Some of the shoppers they feel safer." 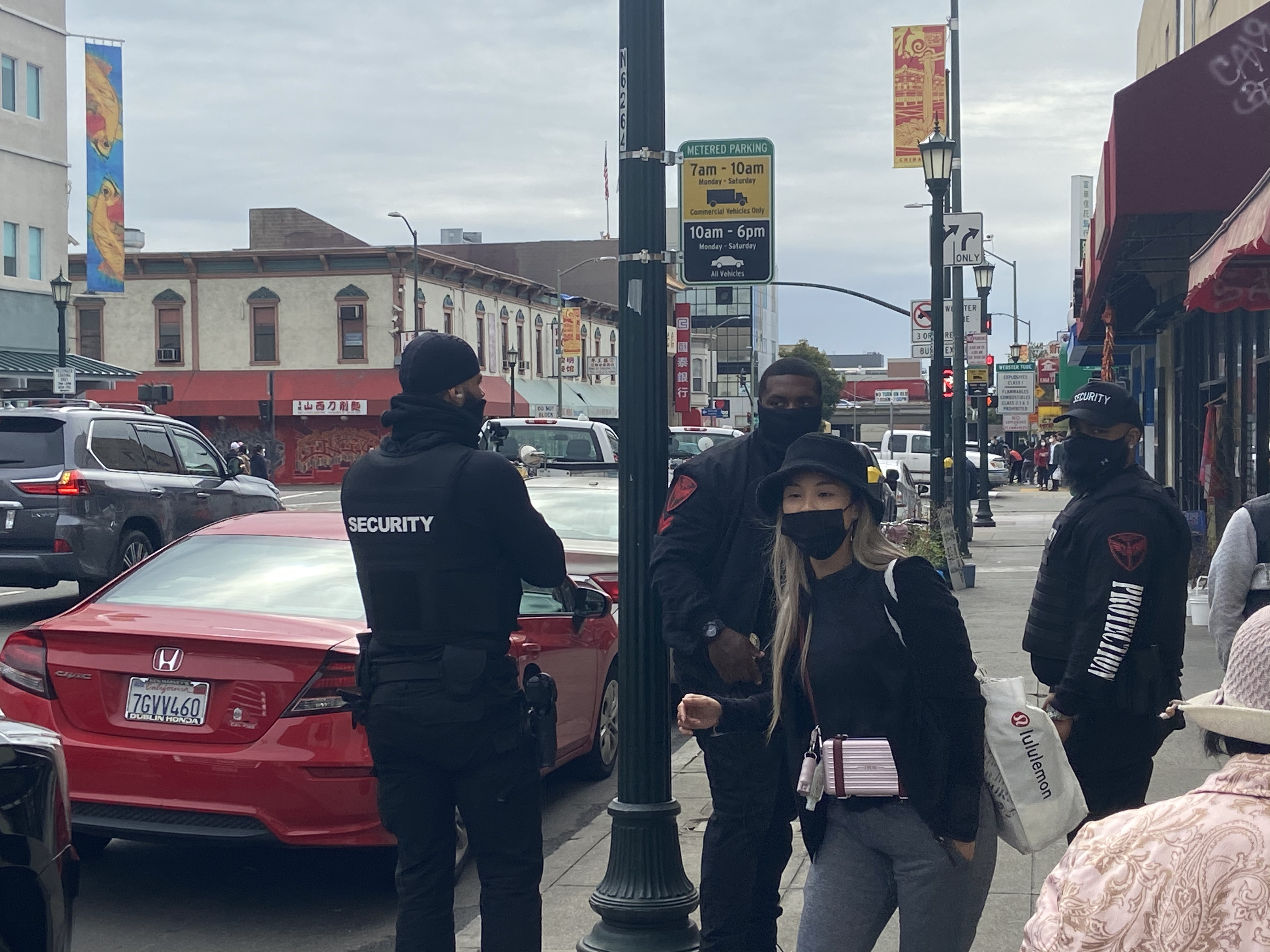 According to the California-based Stop Asian Americans and Pacific Islanders (AAPI) Hate center, in 2020, it has received more than 2,800 reports of hate incidents from Asian Americans. Eight percent of those cases involved physical assault, and women were harassed nearly two and a half times more than men.

"I know the Asian-American community is really fearful and concerned at this moment from both the racism of last year and the current spate of violence against the community this year," said Russell Jeung, the co-founder of the civic group.

He said that it was not known if the "street crimes were necessarily racially motivated," but the effect is similar. "We are being traumatized, and we just want community safety and racial justice." 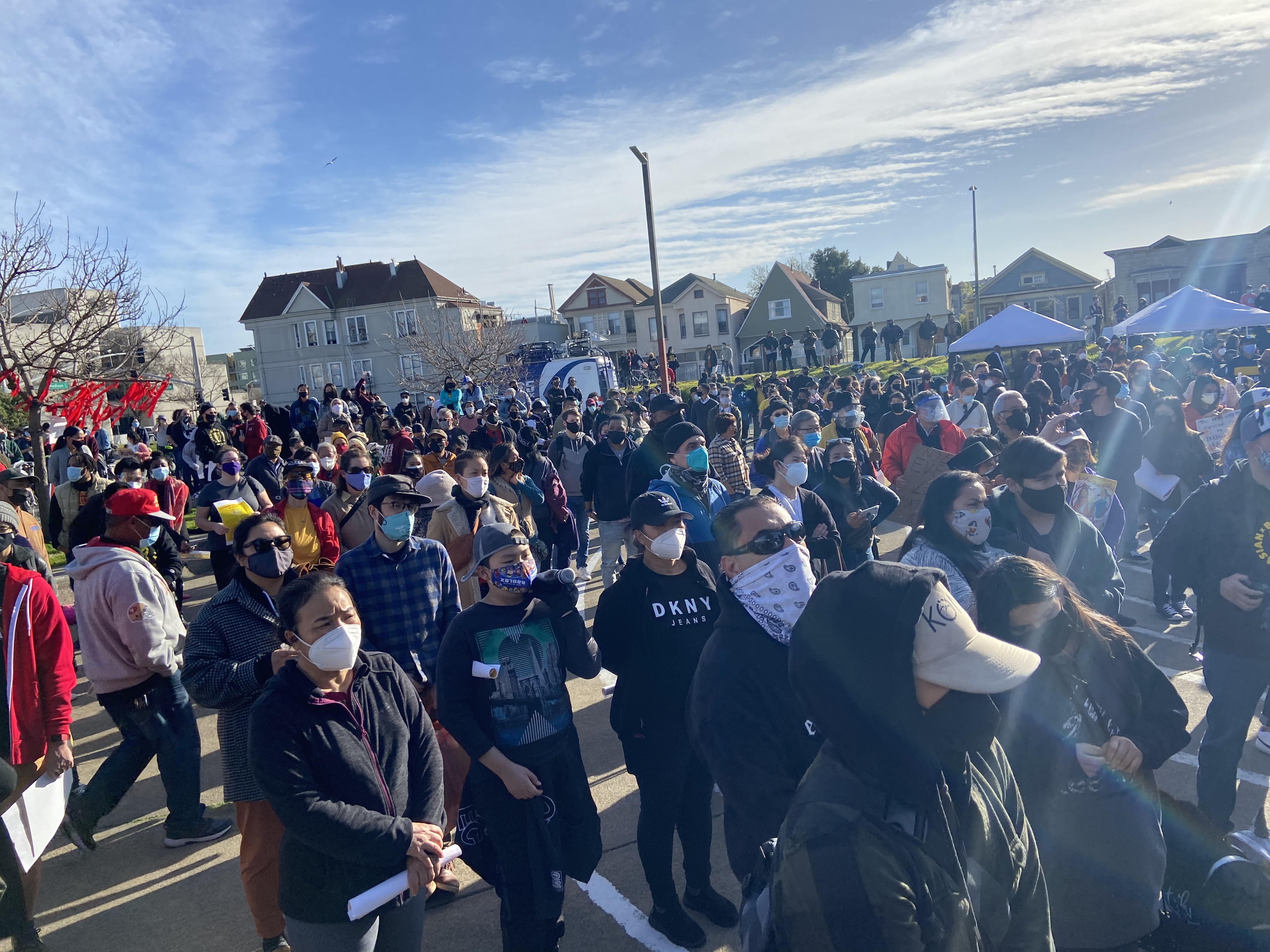 Asian Americans join with community members from all backgrounds to denounce violence and call for unity in Oakland. Mark Niu /CGTN

Asian Americans join with community members from all backgrounds to denounce violence and call for unity in Oakland. Mark Niu /CGTN

The activists say the rampant violent crime in their community has always been there, but now people are seeing the brutality of the acts in videos and the vulnerability of the victims. Many residents said they are fed up and will do whatever it takes to protect their neighborhoods.

With several attacks committed by Black Americans, civic leaders also made it clear that the worst thing to do is pit one race against another. Instead, the system and the government do more to address the problems.

Saabir Lockett, the director for East Bay Alliance for a Sustainable Economy, said, "The root cause of the violence and crimes is actually lack of resources."

Eddy Zheng, the founder of the nonprofit New Breath Foundation, said the system and the government should be held responsible for their failure to address the systematic racism and they should create opportunities for cross-cultural engagement and healing.