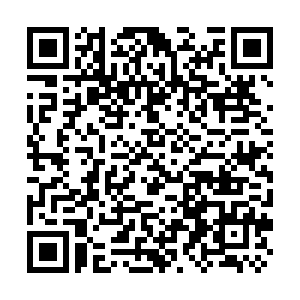 A spokesperson from the Chinese Embassy in Canada on Tuesday expressed strong dissatisfaction and firm opposition to Canada issuing a "Declaration Against Arbitrary Detention" with other countries, calling the move ill-intentioned and a distortion of facts.

The spokesperson was responding to some countries' accusation that China "arbitrarily detained" two Canadian citizens – Michael Kovrig and Michael Spavor – and added that China has lodged stern representations with the Canadian side.

On arbitrary detention, the spokesperson stressed that "as is well known to all that the Meng Wanzhou case is a completely political incident."

Canada has arbitrarily detained Meng, an innocent Chinese citizen who violated no Canadian law at all, for over two years. By doing so, the Canadian side has grossly trampled the legitimate rights and interests of the Chinese citizen, which is arbitrary detention in every sense of the term, the spokesperson said.

On the one hand, the Canadian side claims that it upholds the rule of law and opposes arbitrary detention. On the other hand, it acts as an accomplice of the U.S., and helps the U.S. use Meng as a bargaining chip to oppress Chinese enterprises, the spokesperson elaborated.

The two Canadians were arrested and prosecuted by Chinese authorities in accordance with the law for suspected crimes undermining China's national security, the spokesperson reiterated.

The Chinese side once again urges the Canadian side to seriously reflect on its mistakes, immediately release Meng and ensure her safe return to China, and to stop creating new obstacles for China-Canada relations in any way, the spokesperson added.

Chinese Foreign Ministry spokespersons have reiterated the official status of both cases addressing Kovrig and Spavor and China's judiciary authorities have released information about the cases.

(Cover: Chinese Embassy in Canada. /The official website of the Embassy)