Timo Werner ended his Premier League goal drought as the Chelsea forward sealed a 2-0 win against Newcastle that lifted the Blues into fourth place on Monday.

Werner netted late in the first half at Stamford Bridge after setting up Olivier Giroud's opener for Thomas Tuchel's revitalized team.

It was a cathartic moment for Werner, who had gone 14 league games without a goal since scoring against Sheffield United in November.

The 24-year-old's only goal in his previous 19 matches in all competitions had come against minnows Morecambe in the FA Cup.

Werner was heralded as one of the best young strikers in Europe after his move worth 50 million pounds ($69 million) from Leipzig in the close-season.

That hype has seemed misplaced during a difficult first season in England, but his 10th goal for Chelsea capped a lively performance that hinted at better things to come. 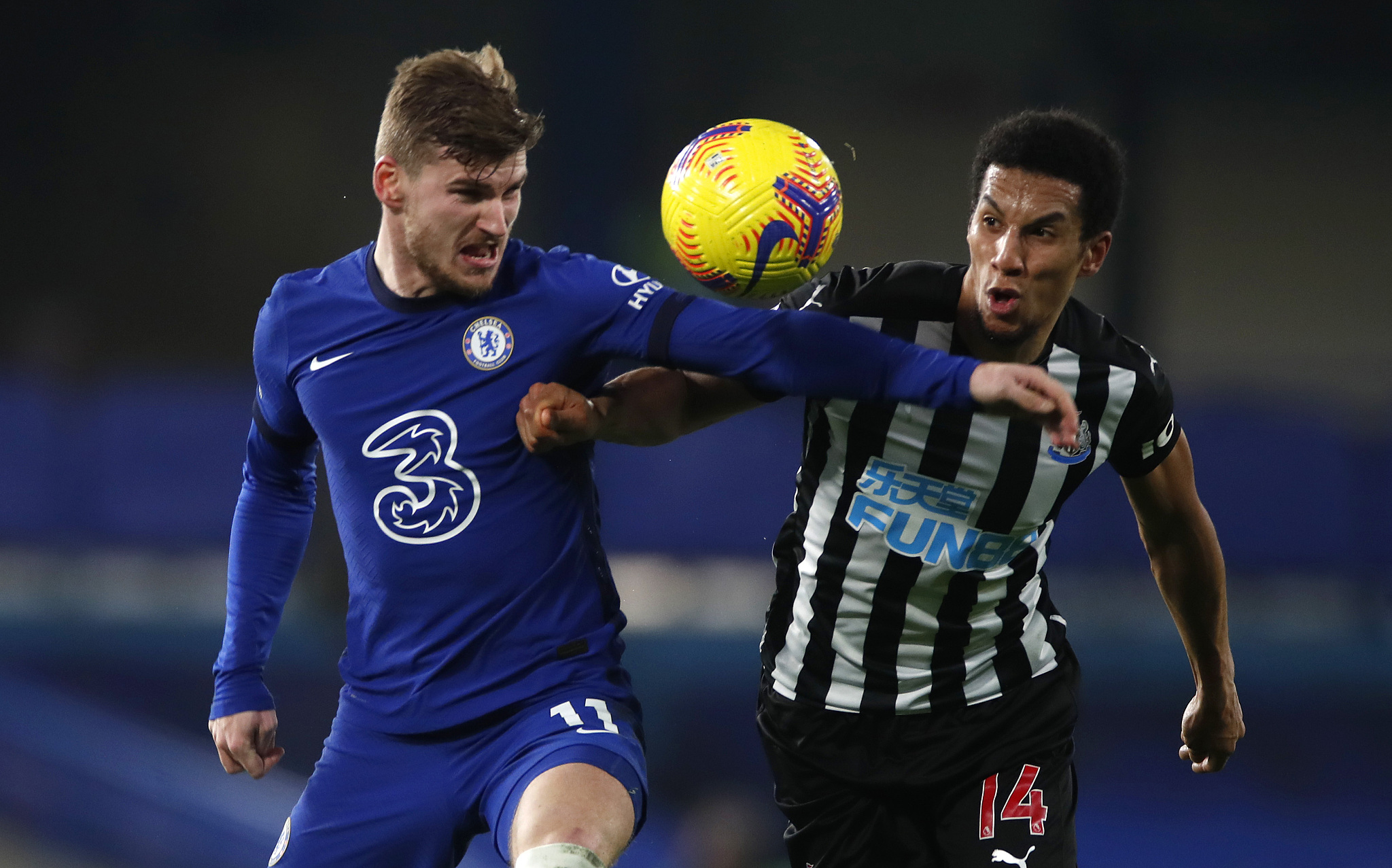 Tuchel is yet to lose in six games since replacing the sacked Frank Lampard in January, with five successive victories in all competitions suggesting the former Paris Saint-Germain boss could prove a shrewd appointment.

Chelsea are back in the Champions League places – the minimum requirement for a Blues boss – after climbing above West Ham on goal difference.

Tuchel is also two points above his fellow German Jurgen Klopp, whose troubled champions Liverpool are languishing in sixth place.

Fourth bottom Newcastle are seven points above the relegation zone, with third bottom Fulham holding a game in hand.

Marcos Alonso has benefited from a clean slate since Tuchel took charge, displacing Ben Chilwell at left-back and the Spaniard threatened an early goal when his shot was well saved by Karl Darlow.

Cesar Azpilicueta went even closer as his header beat Darlow but was nodded off the line by Dwight Gayle. 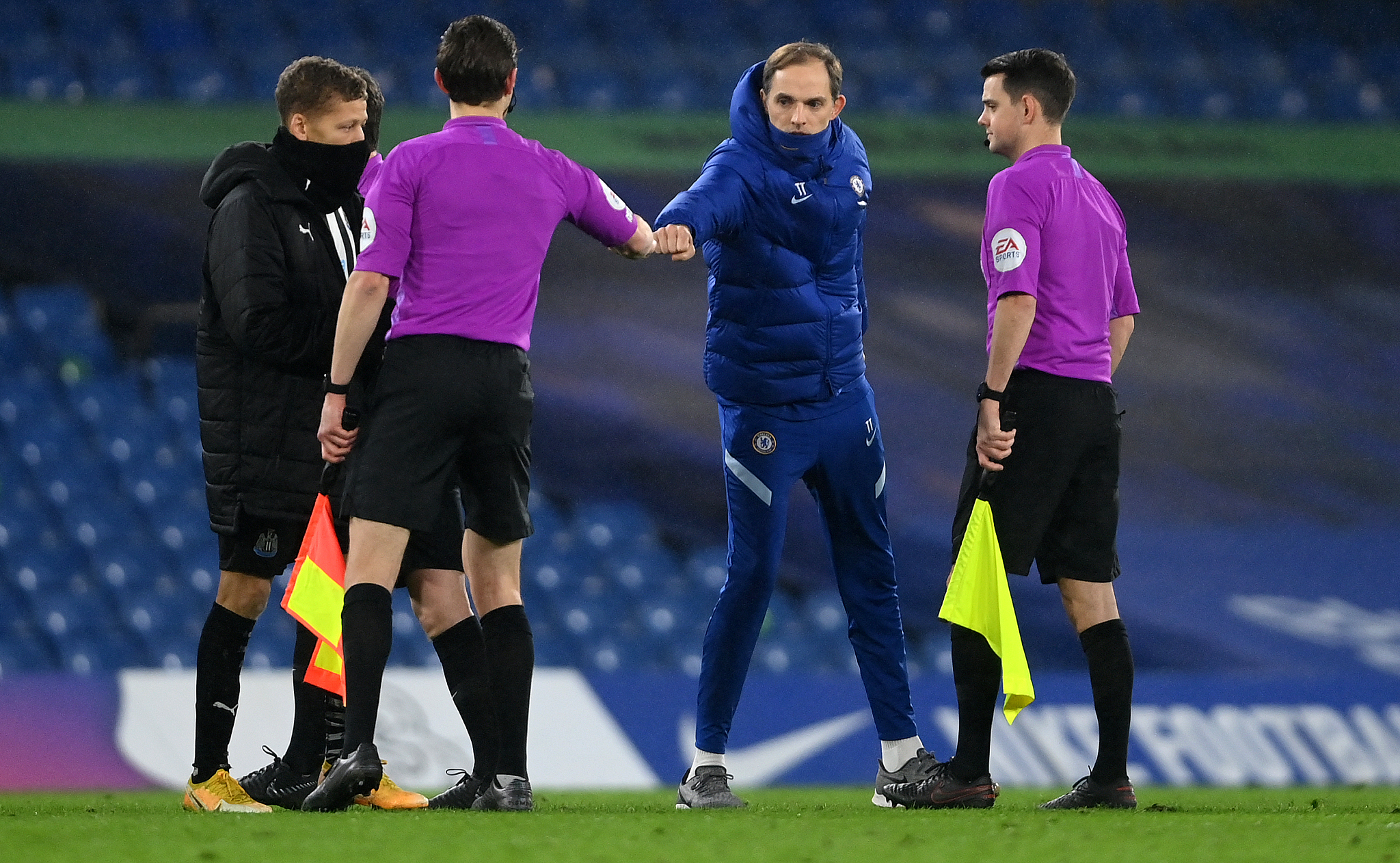 Elsewhere, Robert Lewandowski claimed his 25th Bundesliga goal this season with a brilliant volley as Bayern Munich needed three second-half goals to salvage a 3-3 draw at home to struggling Arminia Bielefeld on Monday.

Despite the draw, Bayern are still five points clear at the top of the Bundesliga.

However, four days after winning the Club World Cup final in Qatar, Bayern struggled on their Bundesliga return in Munich as Bielefeld raced into a 2-0 lead.

Bayern needed second-half goals by Lewandowski, Corentin Tolisso and a thunderbolt of a volley from Alphonso Davies to rescue a point.

A wintry shower just before kick-off covered the Allianz Arena turf with thick snow and Bielefeld coped far better with the icy conditions.

Bielefeld are third from bottom, yet they dominated the world champions in the first-half. 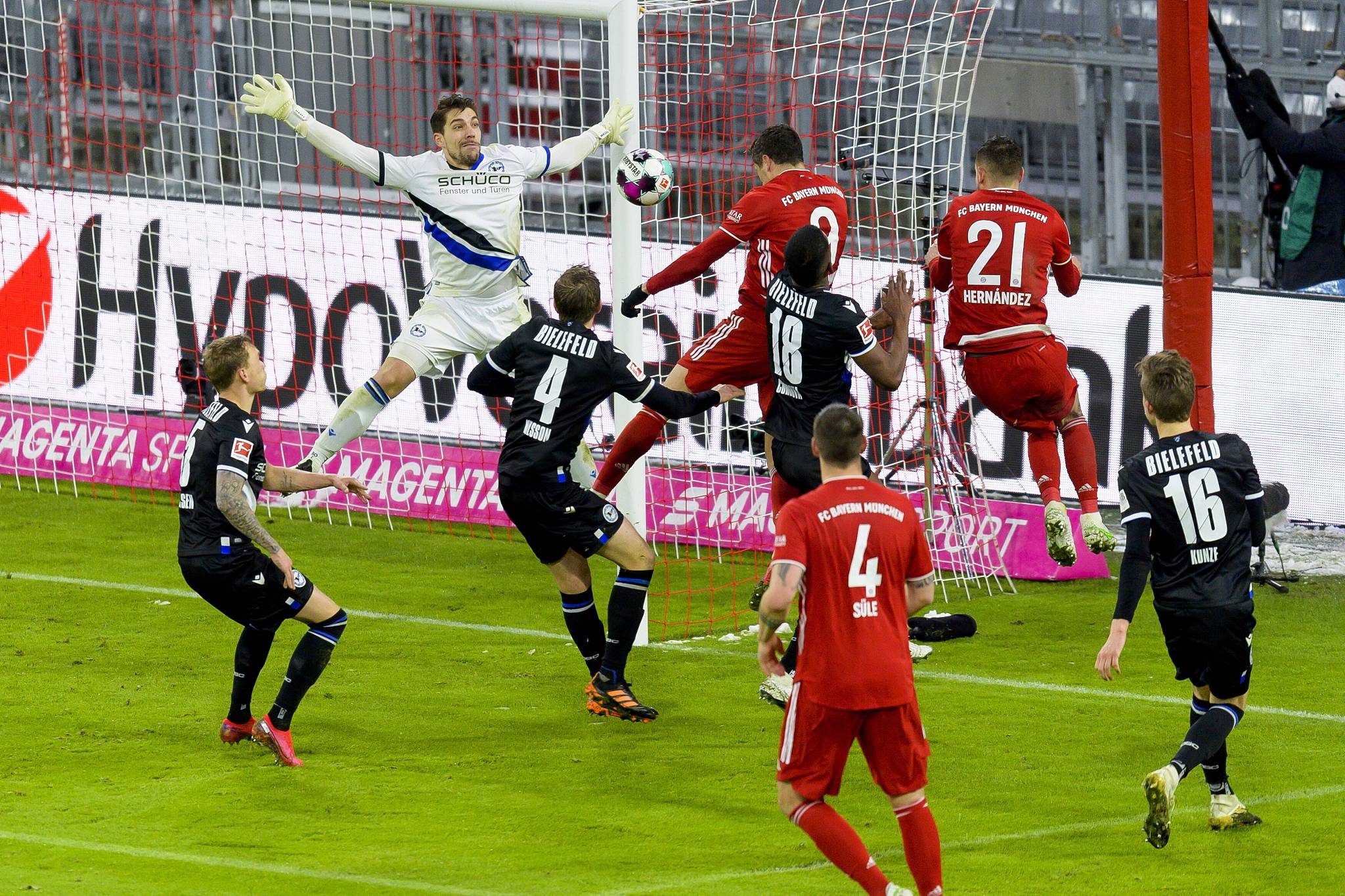 The hosts fell behind when Dutch striker Michel Vlap scored just nine minutes into his Bundesliga debut as his brilliant turn wrong-footed the defense before he calmly slotted past Manuel Neuer.

The 23-year-old scored with his first shot in the Bundesliga.

Vlap struck again when he floated in a corner which center-back Amos Pieper headed past Neuer on 37 minutes.

Bayern pulled a goal back three minutes after the break when Lewandowski chested the ball down and volleyed home with a brilliant finish – it was his 25th goal in his 20th league game.

Tolisso struck with a header to pull it back to 3-2 with 57 minutes played before Davies equalized with a thunderbolt shot with 20 minutes left.

Bielefeld's Venezuelan forward Sergio Cordova had the ball in Bayern's net for the fourth time, but the goal was ruled offside 16 minutes from time.