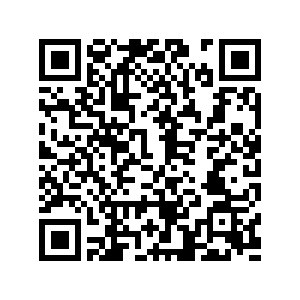 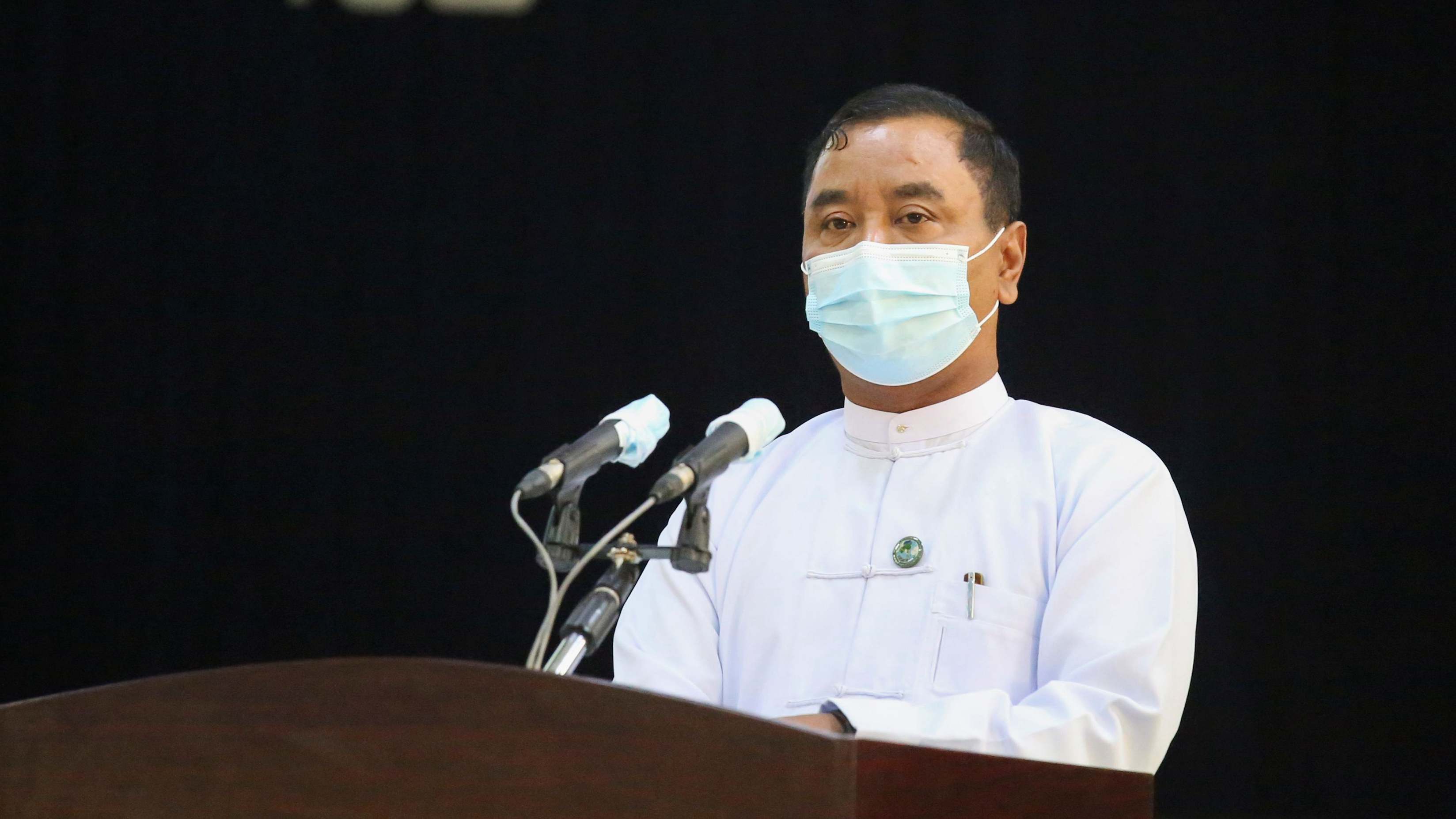 Myanmar's military spokesman on Tuesday denied that its "takeover" was a "coup," saying the armed forces had no choice but to take power because fraud in a November election was not addressed.

"Our objective is to hold an election and hand power to the winning party," Brigadier General Zaw Min Tun, spokesman for the State Administration Council, told the military's first news conference since it took control on February 1.

The military has not given a date for a new election, but it has imposed a state of emergency for one year.

The press conference came as protesters milled onto a sun-baked stretch of railway track waving placards and blocking train services between Yangon and the southern city of Mawlamyine on Tuesday.

"Release our leaders immediately," and "People's power, give it back," the crowd chanted in live images broadcast by media.

Crowds also gathered in two places in the main city of Yangon – at a traditional protest site near the main university campus and at the central bank, where protesters called for staff to join the civil disobedience movement. 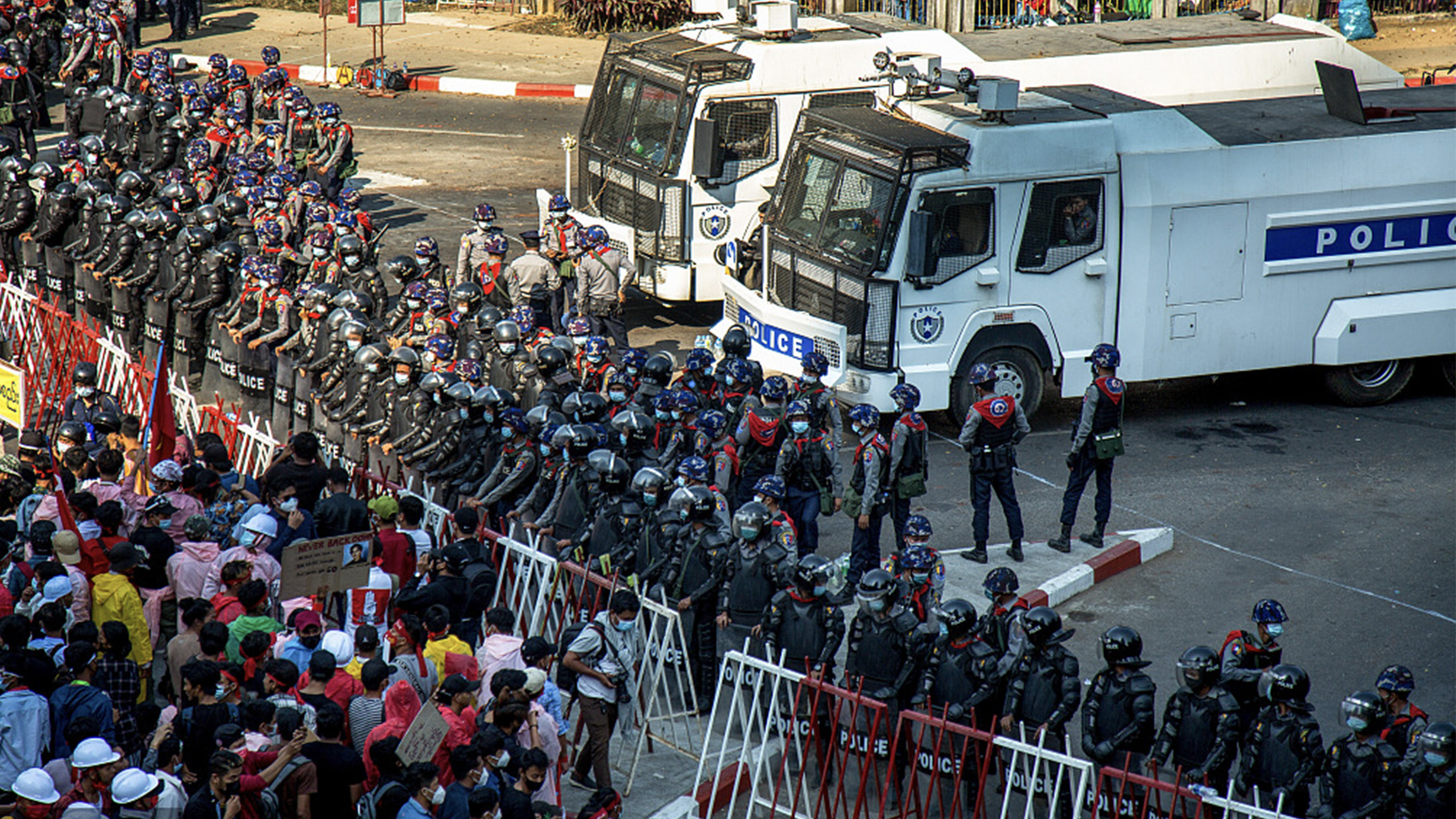 After the military takeover on February 1, Suu Kyi, 75, was detained and later charged with violating the import/export law for having walkie-talkies in her home.

Khin Maung Zaw said Suu Kyi met with a judge on a video call, due to COVID-19 regulations, on Tuesday afternoon, but lawyers could not attend because they had not been granted power of attorney.

The hearing, which was not open to the media, was originally scheduled for Wednesday.

The date of the next court hearing will be March 1, her lawyer said.