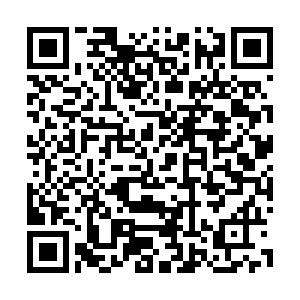 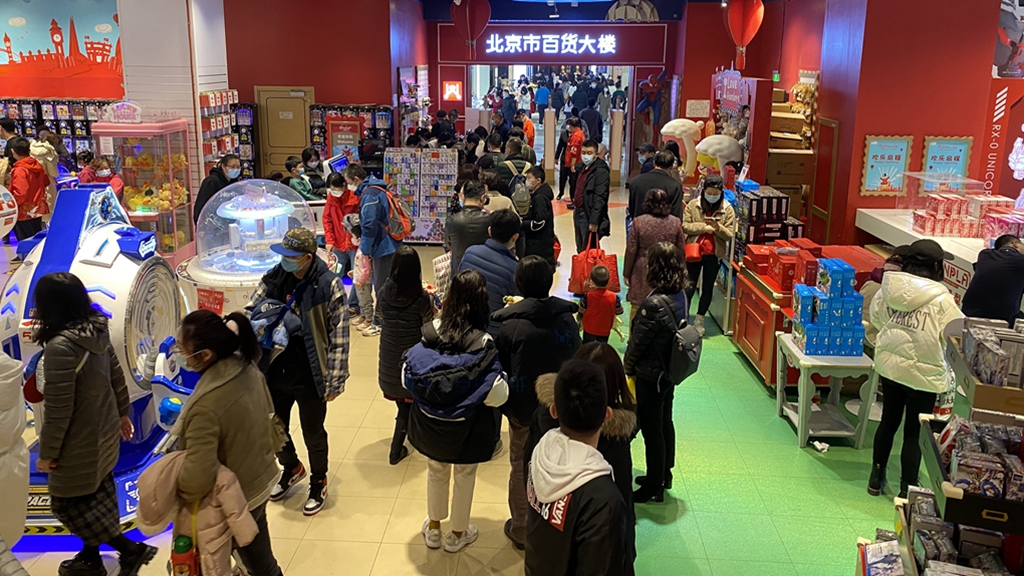 Customers are shopping around with their children in a toy shop in Beijing, China, February 13, 2021. /VCG

Customers are shopping around with their children in a toy shop in Beijing, China, February 13, 2021. /VCG

Editor's note: Wang Dan is the chief economist of Hang Seng Bank China. The article reflects the author's opinions and not necessarily the views of CGTN.

For a typical Chinese New Year, Chinese people would make about 3 billion trips on planes, trains and cars for their annual return to hometowns. It has been the largest migration on the planet. Yet COVID-19 has disrupted that flow. In 2021, the Year of the Ox, the traveling pattern was once again unusual. Northern China was fighting sporadic COVID-19 outbreaks a few weeks into 2021. National authorities thus asked the public to avoid non-essential travel.

Many people canceled their trips due to the renewed restrictive measures. According to data from China State Railway, train rides dropped by more than 70 percent during the pre-Chinese New Year week. Ministry of Transport estimated that China will only see 1.7 billion trips during the holiday season, about 57 percent of the 2019 level. Airlines suffered particularly badly, with the average airfare down by one third from its peak in October last year. Nonetheless, as trips to low-risk regions and within the province are still permitted, traveling by car became a popular choice, particularly in the first- and second-tier cities. Car rental price more than doubled in the holiday week, according to Ctrip, China's biggest travel firm.

Affluent consumers have fared rather well during the pandemic, but have been saving at a high rate due to limited opportunities to spend. The Chinese New Year holidays provided an outlet to release their pent-up demand. Lower-tier cities with beautiful outdoor scenery benefited the most while cities relying on indoor activities suffered – such was the case for Macao where gaming industry tumbled. According to data from LY.COM, an online travel agency, hotel booking in lower-tier cities for the first three days of the holiday season increased by nearly 30 percent from the 2019 level, particularly in Guangdong, Sichuan and Jiangxi provinces.

China's retail sales in the first two months of 2020 tumbled down by 20.5 percent. We expect the same period in 2021 will perform much better but remain far below the level of 2019. Online sales will continue to outperform brick-and-mortar stores, while logistics industry has been booming. In normal years, logistics traffic during the Spring Festival would be only 10 percent of the yearly average, but this year the demand doubled. For the first time, almost all the logistics companies are on call for the whole holiday season, reaching 130 million units of parcels in the first two days of the holiday, up by 223 percent from last year. 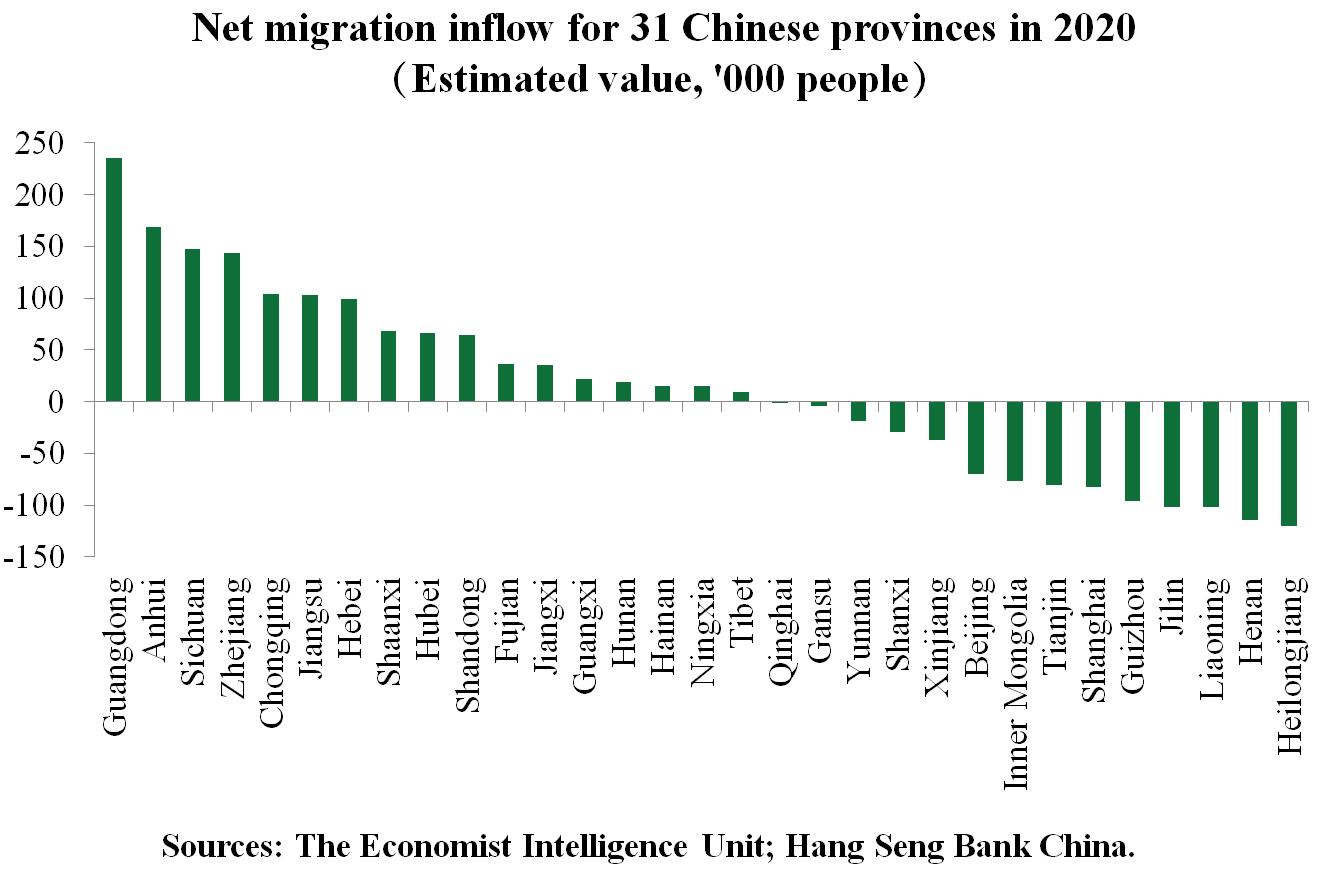 As people traveling across provinces must take multiple tests, both before departure and after arrival, their willingness to travel to other provinces is low. Consumption was therefore uneven across regions. For major labor exporters, including the three northeast provinces, their consumption boost from the holiday was much smaller than labor importing provinces, such as Guangdong and Anhui. Consistent with the migration pattern, southern and coastal China gained a bigger holiday boost than the north and the inland.

For migrants, although the Chinese New Year normally is their only chance to see the families, many have decided to stay in the city or go for "staycation." City demand for entertainment has thus been strong. This year's Valentine's Day fell within the holiday and hotel booking peaked on that day. Bookings for e-sports rooms, movie theaters and hot springs were up by one third from 2019 level. The box office on the first day of the Lunar New Year broke the single-day world record, with 1.7 billion yuan ($264 million) ticket sales. It marked a true recovery of the film industry, which was stalled by COVID-19 for most of 2020.

Production may benefit from this year's low level of migration. Factories can start sooner than usual years, with most of the workers staying around. Employees are encouraging staff to stay in the cities by giving out cash and free tickets to local tourist attractions, or even paying for mobile phone bills. Production has been boosted further by overseas demand – consumer demand in the U.S. and Europe had been bolstered by the aid in the government rescue package. Chinese ports remain crowded from a lack of containers for international shipping.

Despite having a spike in the holiday, consumption remains weak for China as a whole. The pace of recovery depends on two things: the pace of rolling out vaccination and policy support for low-income group. So far, vaccination is at an initial stage. China by mid-January had 14 million people vaccinated, accounting for 1.6 percent of the population. To return to the pre-COVID-19 normality, at least 980 million or 70 percent of the population needs to be vaccinated. China expects its vaccination production capacity to reach 1.8 billion doses by the end of 2021 if all 18 eligible pharmaceutical companies are up and running. They can satisfy almost all domestic needs. However, a portion of those vaccines are ordered by more than 40 countries. As such, China may need to wait till late 2022 to reach the 70 percent threshold for the economy to return to normal.

In the meantime, there are likely to be sporadic outbreaks and recurring quarantine measures. Low-income people will suffer from low job security and income drop, and thus are the most vulnerable group. Before the economy returns to normal, direct subsidies targeting this group will be crucial. The recent pilot scheme using central bank digital currency to transfer cash directly to consumers is a successful trial. It can target low-income group accurately while tracing where the money is spent.