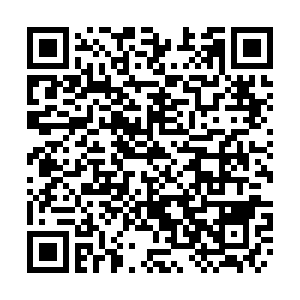 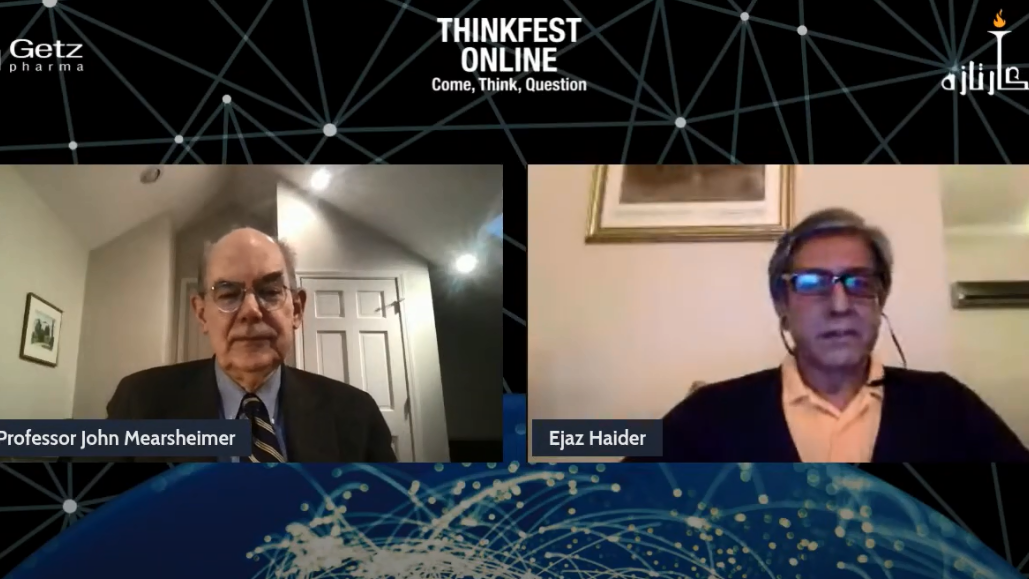 University of Chicago Professor John Mearsheimer shared his views on "why a cold war between China and the United States is inevitable" with Pakistani journalist Ejaz Haider via video during an episode of Afkar-e-Taza ThinkFest. /Screenshot via YouTube

University of Chicago Professor John Mearsheimer shared his views on "why a cold war between China and the United States is inevitable" with Pakistani journalist Ejaz Haider via video during an episode of Afkar-e-Taza ThinkFest. /Screenshot via YouTube

Professor John Mearsheimer, a globally respected pioneer of the structural realist school of international relations thought, shared his views about "Why a Cold War between China and the United States is Inevitable" with Pakistani journalist Ejaz Haider via video during this week's Afkar-e-Taza ThinkFest. His main idea is that the anarchic and power-driven structure of contemporary international relations guarantees a new cold war between China and the United States. According to him, this is primarily because China aspires for hegemony across Asia, including through military means, which clashes with America's existing hegemony there.

This celebrated expert was very clear, concise, and polite in articulating the theoretical foundations underpinning his prediction and the others related to it, but it'll be argued in this analysis that his views aren't entirely accurate because of several inherent shortcomings. The most important one is that structural realism, while convincingly describing U.S. contemporary strategy towards China, presumes that China is operating according to the same principles of this largely Western-originating theory of international relations. One can claim that China might ultimately be compelled to react according to the model that Professor Mearsheimer employed, but the country isn't consciously operating according to those precepts as he very strongly implies.

Chinese government representatives and their official foreign policy documents have gone to great lengths over the years to describe their country's outlook on international relations. In theoretical terms, it more closely resembles the neoliberal one of promoting complex interdependence through trade than the structural realism one that Professor Mearsheimer ascribes to, but it's not the case that China is doing that because of the same power-driven motivations as the "Pivot to Asia" strategy of the U.S. It's purely defensive and designed to secure its home region.

Professor Mearsheimer's second serious shortcoming is his suggestion that China should simply submit to American dominance of the world instead of trying to "revise" the international system as he described it. In his view, China can continue to profit from its complex economic interdependence with the U.S. without investing in military modernization programs and thus provoking America to contain or even roll it back like he said that former President Donald Trump tried to do. He also predicts that President Joe Biden will continue this policy for the same reason but will be much more multilateral than his predecessor. This outlook presumes that the U.S. wouldn't threaten China in that scenario and that they'd indefinitely continue to mutually benefit from trade.

The problem with that prediction is typical of structural realists who usually pay little attention to hybrid or fourth- and fifth-generation warfare threats that are by nature unconventional. It also underestimates the global hegemon's desire to continue maximizing its benefits at its second-class partners' expense, which is especially the case when it comes to the driving motivation behind American capitalism. In practice, these threats manifest themselves through economic and information warfare intended to pressure targeted states through tariffs, sanctions, and color revolutions into undertaking unilateral concessions designed to further institutionalize their subordinate status. China will never stand defenseless in the face of such threats. 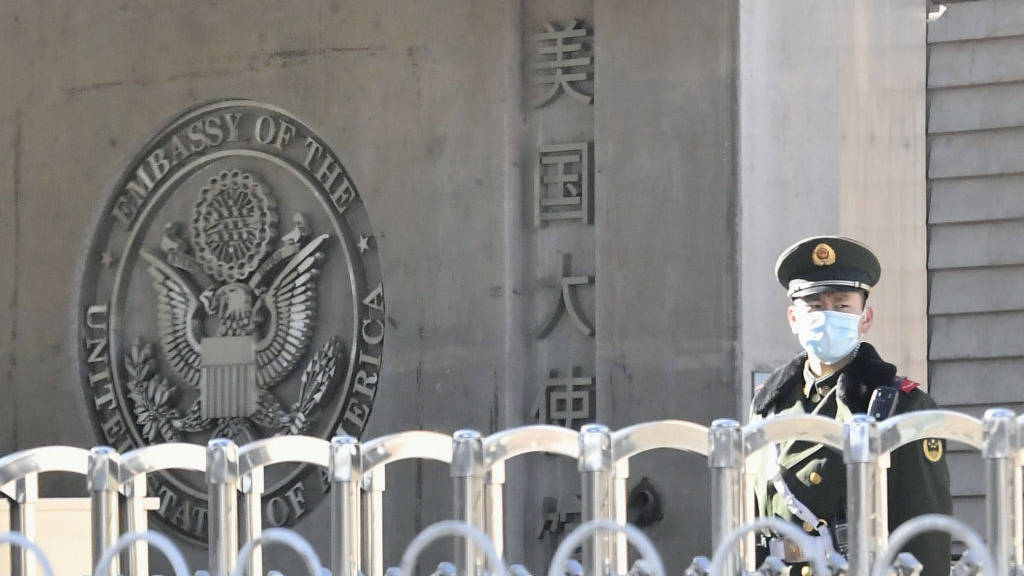 A security officer stands outside the U.S. Embassy in Beijing, China, December 4, 2020. /Getty

A security officer stands outside the U.S. Embassy in Beijing, China, December 4, 2020. /Getty

In connection with Professor Mearsheimer's prediction about a supposedly inevitable cold war, he also claimed that Russia will eventually "switch sides" and join the U.S. in "balancing" China since he says that China is more of a threat to Russia than the U.S., which he blames for unnecessarily ruining relations with Moscow and thus indefinitely postponing this possibility. Some objectively existing facts disprove his prediction. China and Russia are comprehensive strategic partners and neither has any desire to provoke a security dilemma between them along their vast shared border which could distract them from dealing with actual threats along their other peripheries. Their close military, economic, and institutional cooperation confirms this.

The same can be said about his prediction that India will side with the U.S. against China. While his basic argument is certainly compelling, it doesn't account for the recent synchronized disengagement agreement along the Line of Actual Control (LAC), nor for their membership (as well as Russia's) in BRICS, the Shanghai Cooperation Organization (SCO), and especially the Russia-India-China (RIC) format. Professor Mearsheimer's structural realist outlook also fails to explain why China's neighbors agreed to form the world's largest trade bloc, the Regional Comprehensive Economic Partnership (RCEP), despite his prediction that many of them will join a U.S.-led "balancing coalition" against China. Quite clearly, everything is more complex than he claims.

Professor Mearsheimer's insight is worth considering, but so too are the counterarguments shared in this analysis. The liberal-influenced observations related to the impact of complex economic interdependence mitigating the structural realist-inspired conflict potential between states as argued in the Russian, Indian, and RCEP cases vis-a-vis China deserve to be researched further, even though he makes a powerful point in comparing the current increase in economic cooperation and security competition to the pre-World War One state of affairs. To avoid "The Tragedy Of Great Power Politics" as his 2001 book is called, it's important to accept that some countries like China don't operate according to the structural realist paradigm of international relations.