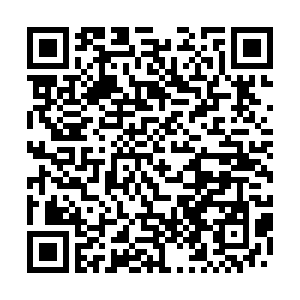 Rod Laver Arena's reigning champion produced a roller coaster of form that saw him surge back to life in the third set, winning five straight games.

"If (Zverev) would win this match it wouldn't be definitely underserved," Djokovic said in a post-match interview. "He was playing really well. It was anybody's game. I'm just really glad to overcome such a challenge."

Djokovic blamed the loss of the first set on a recent abdominal injury he sustained in a third-round match-up with Taylor Fritz, saying he now needs extra time to "warm-up."

Recovering after losing the first set, Djokovic showed glimpses of his multi-Grand Slam-winning form to take the second. However, just 12 minutes into the third, Djokovic's form turned again with the German firing an ace to secure a 3-0 lead.

After squandering a breakpoint to get himself back into the third set, Djokovic demolished a racket on court, earning himself a rebuke by the chair umpire. However, the stress release apparently worked, propelling Djokovic to win five consecutive games and claim a crucial third set. 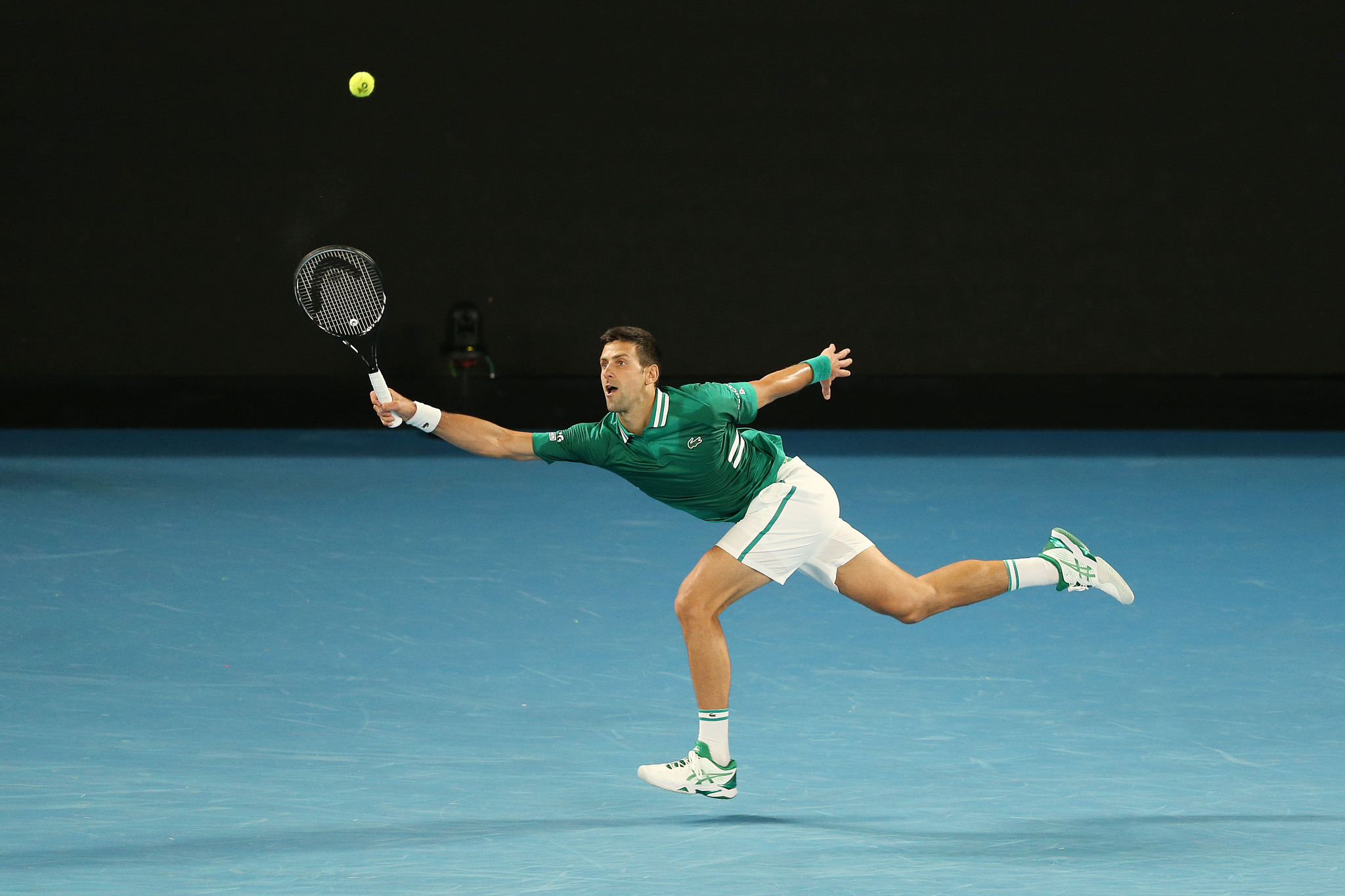 Novak Djokovic of Serbia in action during the men's quarter-finals match against Germany's Alexander Zverev in the Australian Open, Melbourne, Australia, February 16, 2021. /CFP

Novak Djokovic of Serbia in action during the men's quarter-finals match against Germany's Alexander Zverev in the Australian Open, Melbourne, Australia, February 16, 2021. /CFP

"I kind of regained my focus after I broke that racket, things started to shift a little bit for me in a positive direction," Djokovic said.

However, the multi-time AO champion changed gears yet again, giving up three early games in the fourth set, to again come from behind to force a tiebreak, from where the seasoned champion claimed the match.

Djokovic will face Russia's Aslan Karatsev in the semifinal after the world No. 114 secured an unlikely win over No. 18 seed Grigor Dimitrov 2-6, 6-4, 6-1, 6-2, continuing a dream run to the final four on his Grand Slam debut.

The previously unknown Russian said that his only intention this year was to break the top 100 rankings, shocking both himself and everyone else when he found himself ready to face world No. 1 in the semifinal of a Grand Slam.

"It's an unbelievable feeling. Of course, it's my first time playing (a Grand Slam) main draw, first time (in the) semis," Karatsev said in a post-match interview. "It's incredible."

The 27-year-old is just the fifth qualifier ever to reach the semifinals of a major in the Open Era.

"I try to believe every match what I'm doing on the court, and it's helped me to win matches. I arrive to the court and say, okay, I try to do my best, and with more belief," Karatsev said.