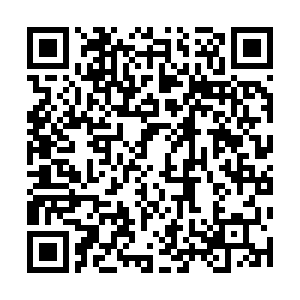 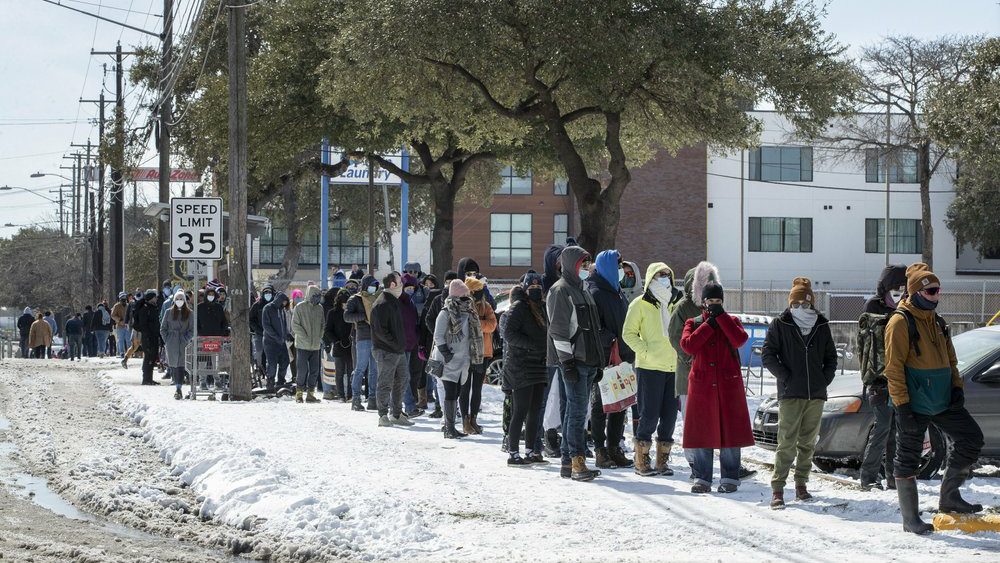 A winter storm in the U.S. that left millions without power in record-breaking cold weather claimed more lives on Tuesday. Three people were found dead after a tornado hit a seaside town in North Carolina while four family members perished in a house fire in Houston while using a fireplace to stay warm.

The storm that overwhelmed power grids and immobilized the region of Southern Plains carried heavy snow and freezing rain into New England and the Deep South and left behind painfully low temperatures. Wind-chill warnings extended from Canada into Mexico.

In all, at least 16 deaths were reported. Other causes included car crashes and carbon monoxide poisoning. The weather also threatened to affect the nation's COVID-19 vaccination effort. President Joe Biden's administration said delays in vaccine shipments and deliveries were likely.

Treacherous weather will maintain its grip on many parts of the United States from Tuesday through Friday, with up to 10 cm of snow and freezing rain expected from the Southern Plains into the northeast, forecasters said.

An Arctic air mass that descended over much of the country pushed temperatures to historic lows on Tuesday, said Meteorologist Lara Pagano of the National Weather Service's Weather Prediction Center in College Park, Maryland. In Lincoln, Nebraska, a reading of minus 35 degrees Celsius on Tuesday shattered a record set in 1978 of minus 27 degrees Celsius. 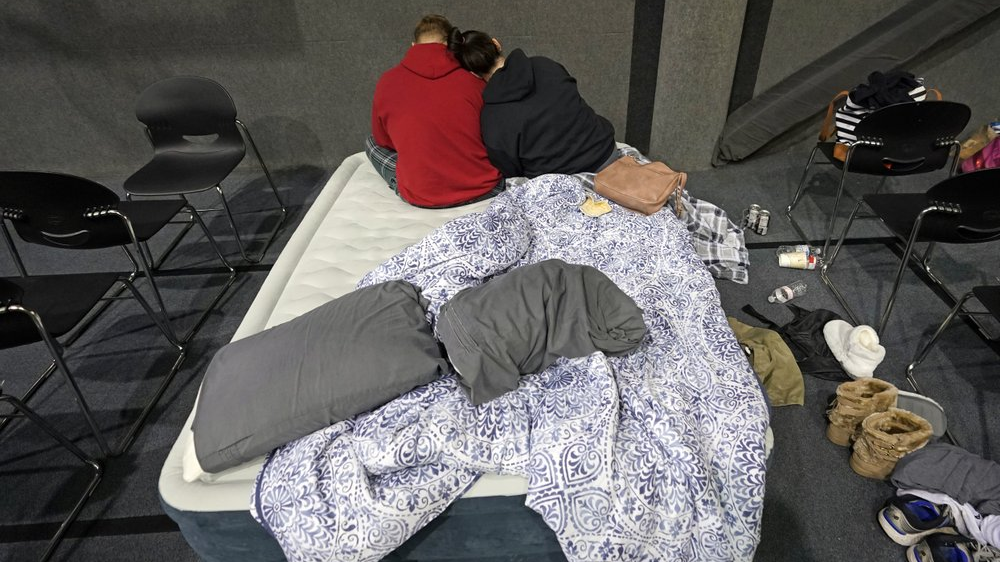 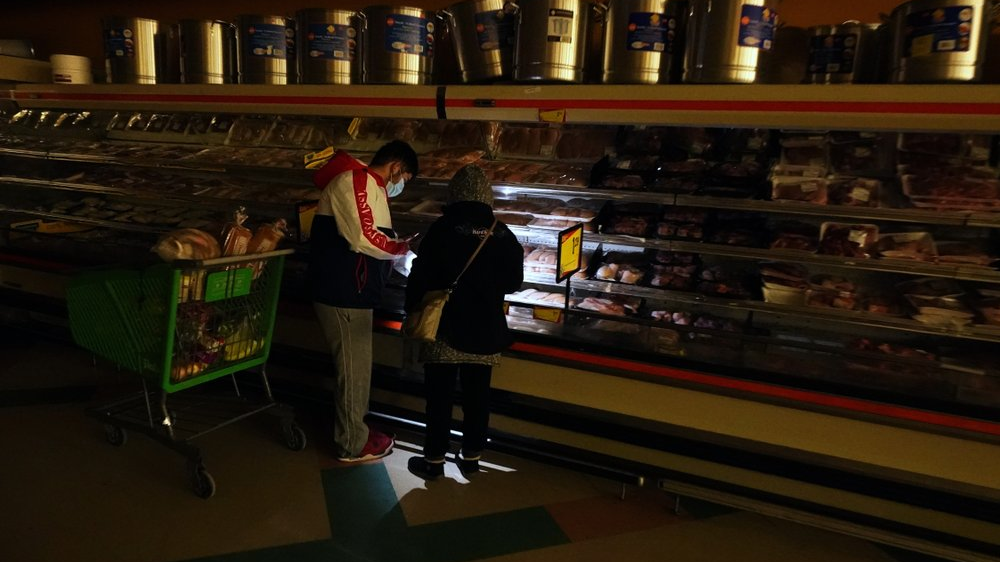 Customers use cell phone light to look in the meat section of a grocery store in Dallas, U.S., February 16, 2021. /AP

Customers use cell phone light to look in the meat section of a grocery store in Dallas, U.S., February 16, 2021. /AP

Four tornadoes in a roll

In the southeast, a low-pressure system that developed along the arctic front created fuel for storms that unleashed at least four tornadoes, said meteorologist Jeremy Grams of the weather service's Storm Prediction Center in Norman, Oklahoma. One ripped through the Florida Panhandle and two through southwestern Georgia on Monday.

After a brief lull on Tuesday that may allow authorities to assess damage, rough weather, including potential twisters, was expected to return on Wednesday into Thursday, Grams said.

"Those very same areas could be impacted – that will include tornadoes and damaging winds," he said.

Utilities from Minnesota to Texas implemented rolling blackouts to ease the burden on power grids straining to meet extreme demand for heat and electricity. The Southwest Power Pool, a group of utilities covering 14 states, said the blackouts were "a last resort to preserve the reliability of the electric system as a whole."

The worst U.S. power outages were in Texas, affecting more than 2 million homes and businesses. More than 250,000 people also lost power across parts of Appalachia, and another 200,000 were without electricity following an ice storm in northwest Oregon, according to poweroutage.us, which tracks utility outage reports.

Texas officials requested 60 generators from the Federal Emergency Management Agency (FEMA) and planned to prioritize hospitals and nursing homes. The state opened 35 shelters to more than 1,000 occupants, the agency said.

In Chicago, Public Health Commissioner Dr. Allison Arwady said more than a hundred city vaccine sites didn't get shipments on Tuesday because of the extreme weather, leading to many cancellations.

More than 400,000 additional doses due in Texas now won't arrive until at least Wednesday, officials said.