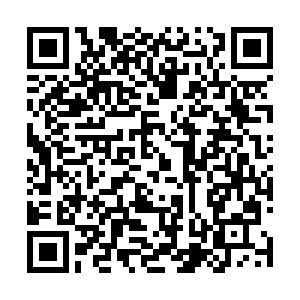 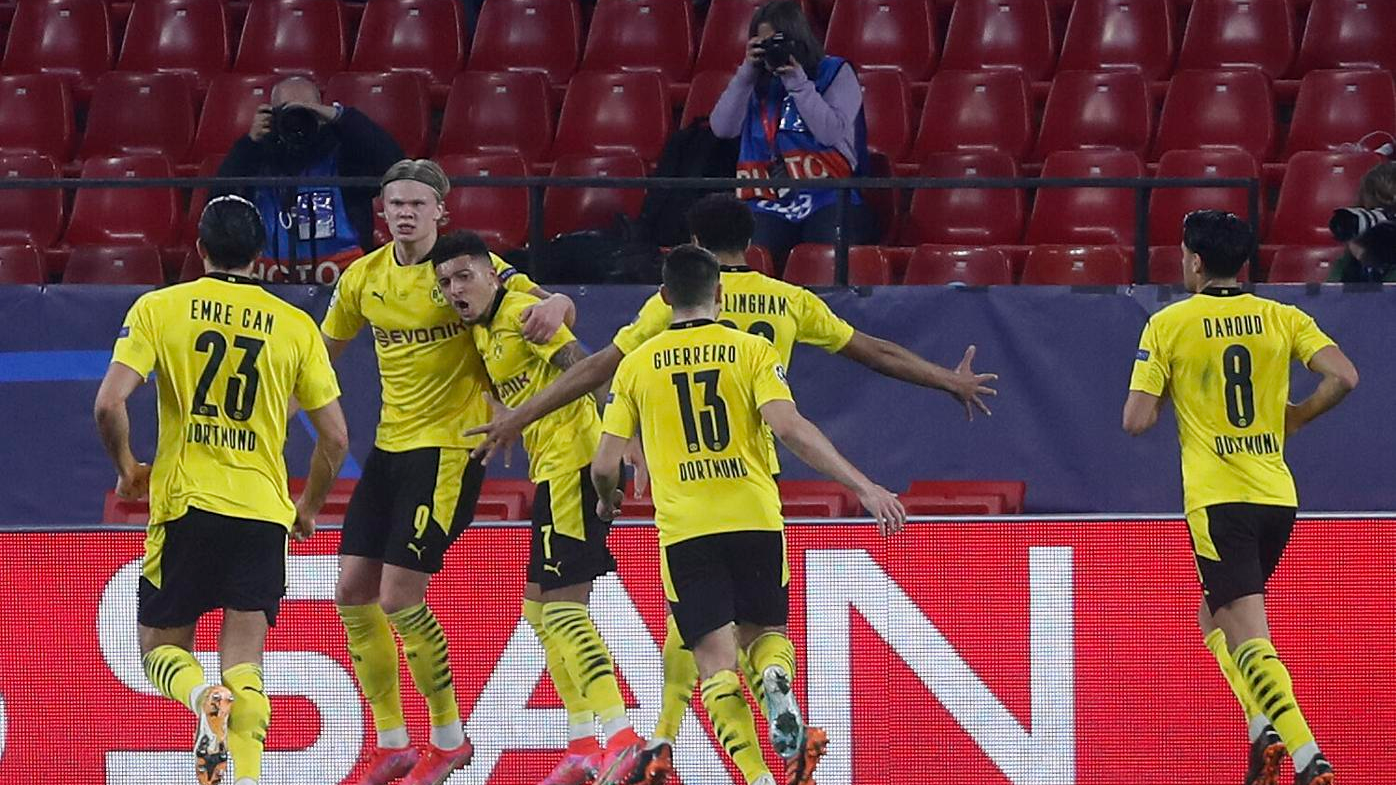 Julen Lopetegui's Sevilla team intended to make an impact in their first Round of 16 game against Borussia Dortmund. The German side has talent but a lot of their first team players are injured, they have recently gone through a manager transition and only won one of their last six in the Bundesliga.

Aware of this instability, the La Liga actively searched for an early advantage and attacked from the very start. They maintained possession and made all their moves up the left side of the pitch in order to leave Suso wide open on the right.

With an early lead established, Sevilla relocated down the pitch to their own box and aimed, if not to park the bus, to become defensively focused and dictate the tempo. In their weakened state, Dortmund are still a team worth taking seriously. 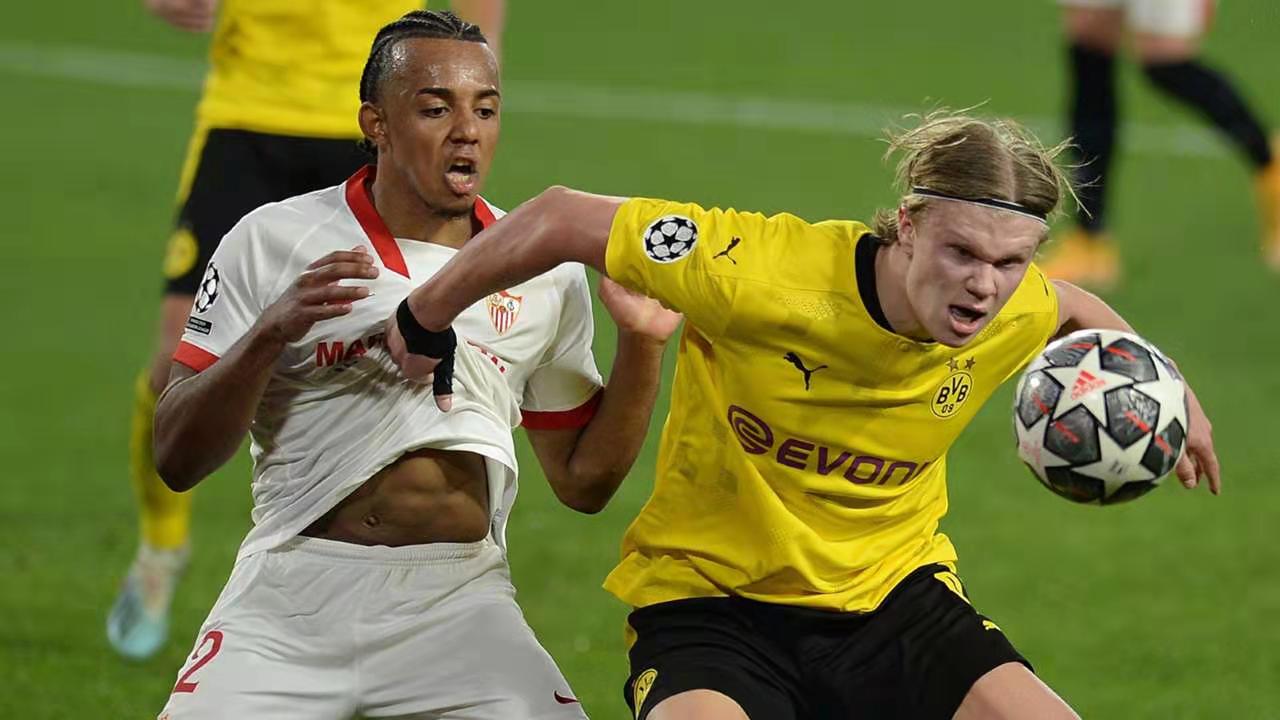 Sevilla played out from the back methodically in their 4-3-3 inverted triangle formation with center-backs Diego Carlos and Jules Kounde floating forward, ready for a pass back at the first sign of Dortmund trouble.

As day leads to night, a healthy Erling Haaland leads to goals. At only 20, he has to be referred to as a wunderkind, even if he displays a maturity well beyond his years. In the 18th minute he wrestled free of several Sevilla players and saw Mahmoud Dahoud in acres of space. Dahoud ran for at least four or five steps before shooting from outside the box and sent the ball screaming into the back of the net.

At 1-1, Lopetegui's goal was crushed, as were the talks of Dortmund's creaky ego. Whatever it is about the Champions League that makes teams play beyond their domestic limits was in full effect in the Ramon Sanchez Pizjuan stadium.

Scoring had activated Dortmund. The momentum was entirely their way so it was inevitable that Haaland would find the net himself. In the 27th minute, Haaland stormed his way from the halfway line up to the Sevilla back line and, at the last moment, made a one-two with Jason Sancho that kept him onside and he beat Sevilla keeper Bono from point blank range. 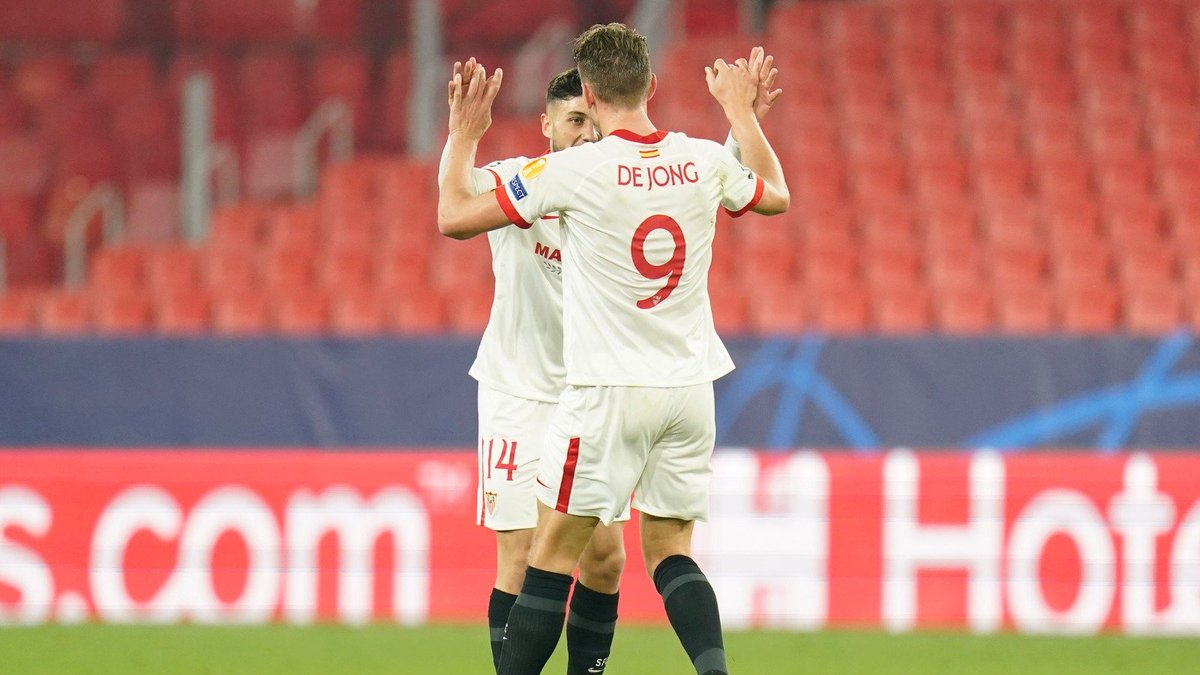 Once again, his youth belies his significant attributes and this time it's his physicality. At 6'4", Harland is huge compared to most other players so when he gets going, defenders don't have many options. If this was later in the match, Diego Carlos and Kounde would have been snapping the life out of him.

He wasn't done. After several more attacking attempts, two minutes before half time Haaland broke through again. This time it was Dortmund's grizzled young veteran Marco Reus who set it up. He snatched the ball from Papu Gomez, Sevilla's big name signing this past transfer window, creating a three-on-one with Haaland out on the right.

This wasn't simply a good counterattack. Haaland curling the ball around the keeper with his left foot proved he's a threat from literally every position.

Sevilla began the game with intensity under the belief that Dortmund were shaky. At the break it was inverted: Dortmund were running riot on a timid Sevilla.

To be fair to them, Sevilla grew into the second half. Dortmund manager Edin Terzic thought it best to protect the lead for the home leg instead of push for overkill so they hunkered down, letting Sevilla run onto them. By flooding the box, they prevented the final ball finding the net.

Oscar Rodriguez had Sevilla's best chance with a free kick in the 73rd minute. It bounced off the post and only Hitz fingertips prevented a second goal - for 10 minutes. From a very similar position, Rodriguez took another free kick and this time aimed it away from the goal, over to the right where Luuk de Jong got on the end of it. Realising attacks from range were more effective came too late for Sevilla and the game ended 3-2.

(Cover image: Borussia Dortmund's Erling Haaland (C) celebrates after scoring in his side's 3-2 win in the UEFA Champions League Round of 16 game against Sevilla at the Ramon Sanchez Pizjuan stadium in Sevilla, Spain, February 17, 2021. /AP)