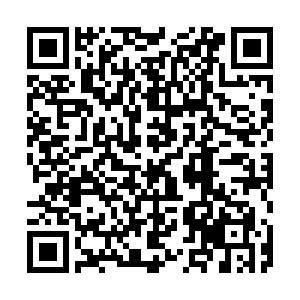 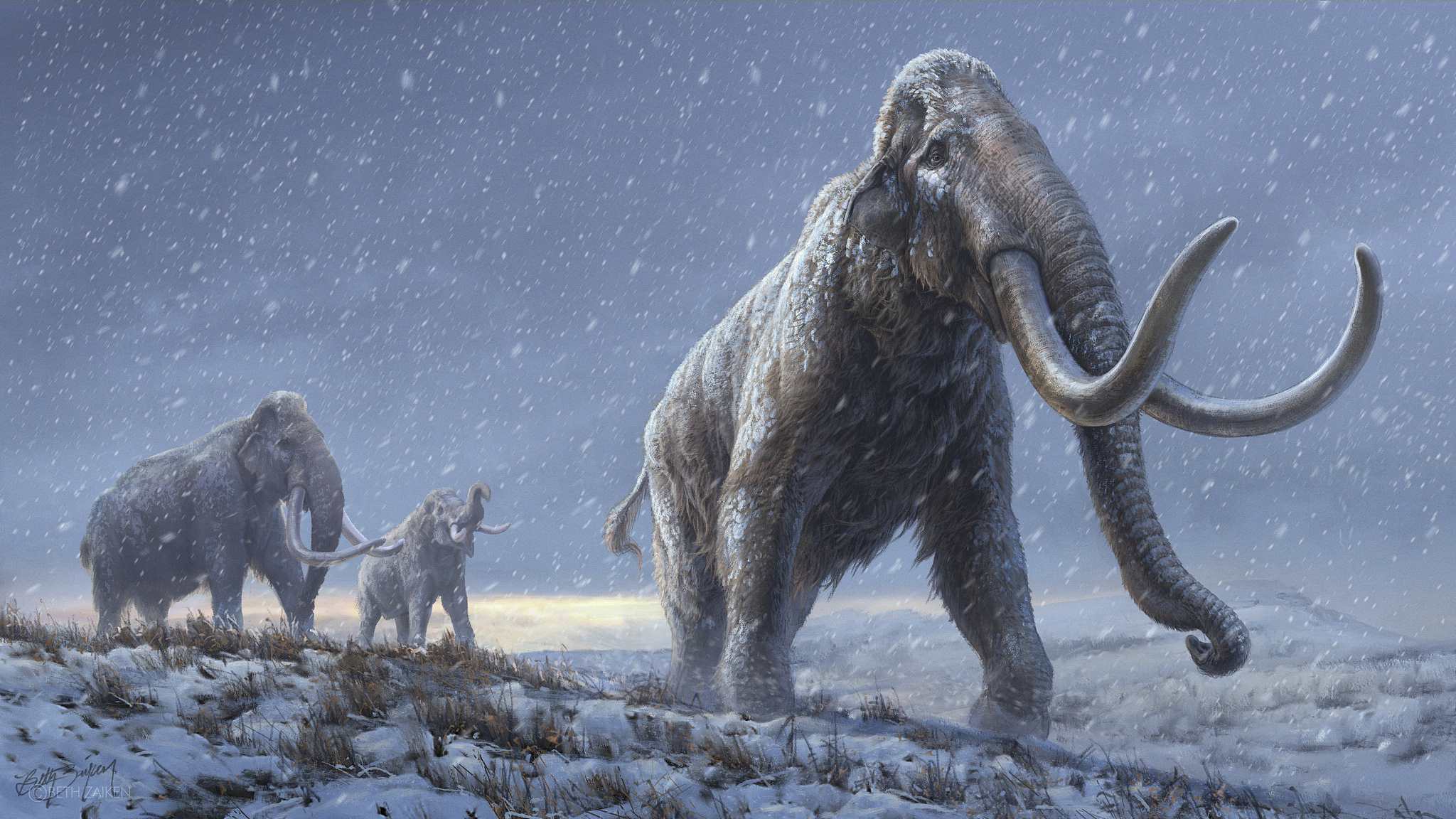 A reconstruction of the steppe mammoths that preceded the woolly mammoth, based on the genetic knowledge from the Adycha mammoth. /CFP

A reconstruction of the steppe mammoths that preceded the woolly mammoth, based on the genetic knowledge from the Adycha mammoth. /CFP

Teeth from mammoths buried in the Siberian permafrost for more than a million years have yielded the world's oldest DNA ever sequenced, according to a study published on Wednesday.

Researchers said the three specimens, one roughly 800,000 years old and two over a million years old, provide important insights into the giant Ice Age mammals, including the ancient heritage of the woolly mammoth.

"This DNA is incredibly old. The samples are a thousand times older than Viking remains, and even predate the existence of humans and Neanderthals," said Love Dalen, a professor of evolutionary genetics at the Center for Palaeogenetics in Stockholm, senior author of the study published in journal Nature.

The mammoths were originally discovered in the 1970s in Siberia and held at the Russian Academy of Sciences in Moscow.

Researchers first dated the specimens geologically, with comparisons to other species, like small rodents, known to be unique to particular time periods and found in the same sedimentary layers.

This suggested that two of the mammals were ancient steppe mammoths more than a million years old.

The youngest of the trio is one of the earliest woolly mammoths yet found. 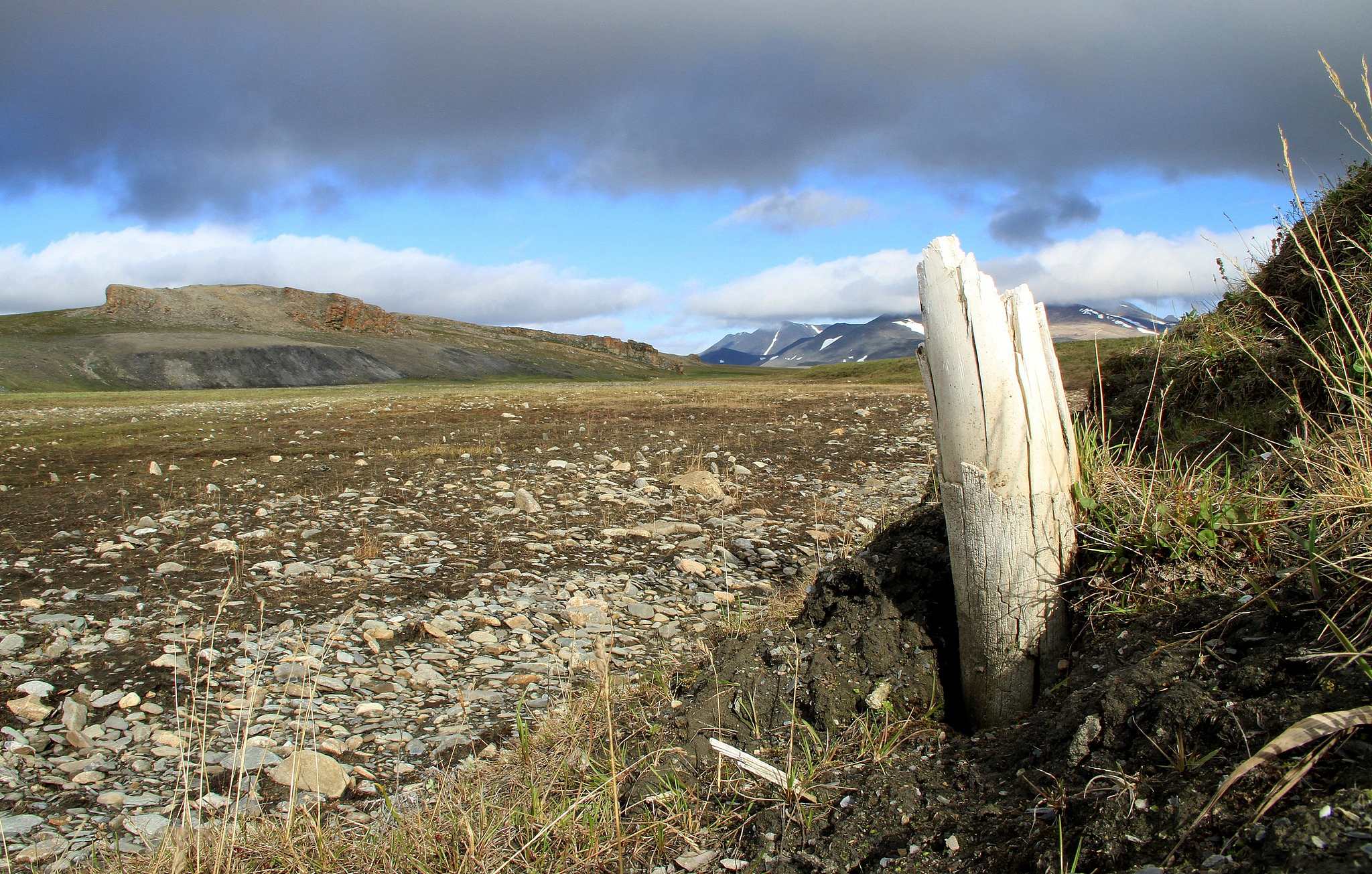 They also extracted genetic data from tiny samples of powder from each mammoth tooth, "essentially like a pinch of salt you would put on your dinner plate," Dalen told a press briefing.

While it had degraded into very small fragments, scientists were able to sequence tens of millions of chemical base pairs, which make up the strands of DNA, and conduct age estimates from genetic information.

Dalen said the discrepancy for the oldest mammoth could be an underestimation in the DNA dating process, meaning the creature was likely around 1.2 million years old, as suggested by the geological evidence.

But he said it was possible the specimen was indeed older and had thawed out of the permafrost at one point and then become wedged in a younger layer of sediment.

The DNA fragments were like a puzzle with millions of tiny pieces, "way, way, way smaller than you would get from modern high quality DNA," said lead author Tom van der Valk of the Science for Life Laboratory, Uppsala University.

Using a genome from an African elephant, a modern relative of the mammoth, as a blueprint for their algorithm, researchers were able to reconstruct parts of the mammoth genomes.

The study found that the older Krestovka mammoth represents a previously unrecognized genetic lineage, which researchers estimated diverged from other mammoths around 2 million years ago and was ancestral to those that colonized North America.

The study also traced the lineage from the million-year-old Adycha steppe mammoth to Chukochya and other more recent woolly mammoths.

It found gene variants associated with life in the Arctic, like hairiness, thermoregulation, fat deposits and cold tolerance in the older specimen, suggesting mammoths were already hairy long before the woolly mammoth emerged.