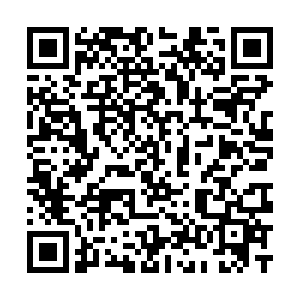 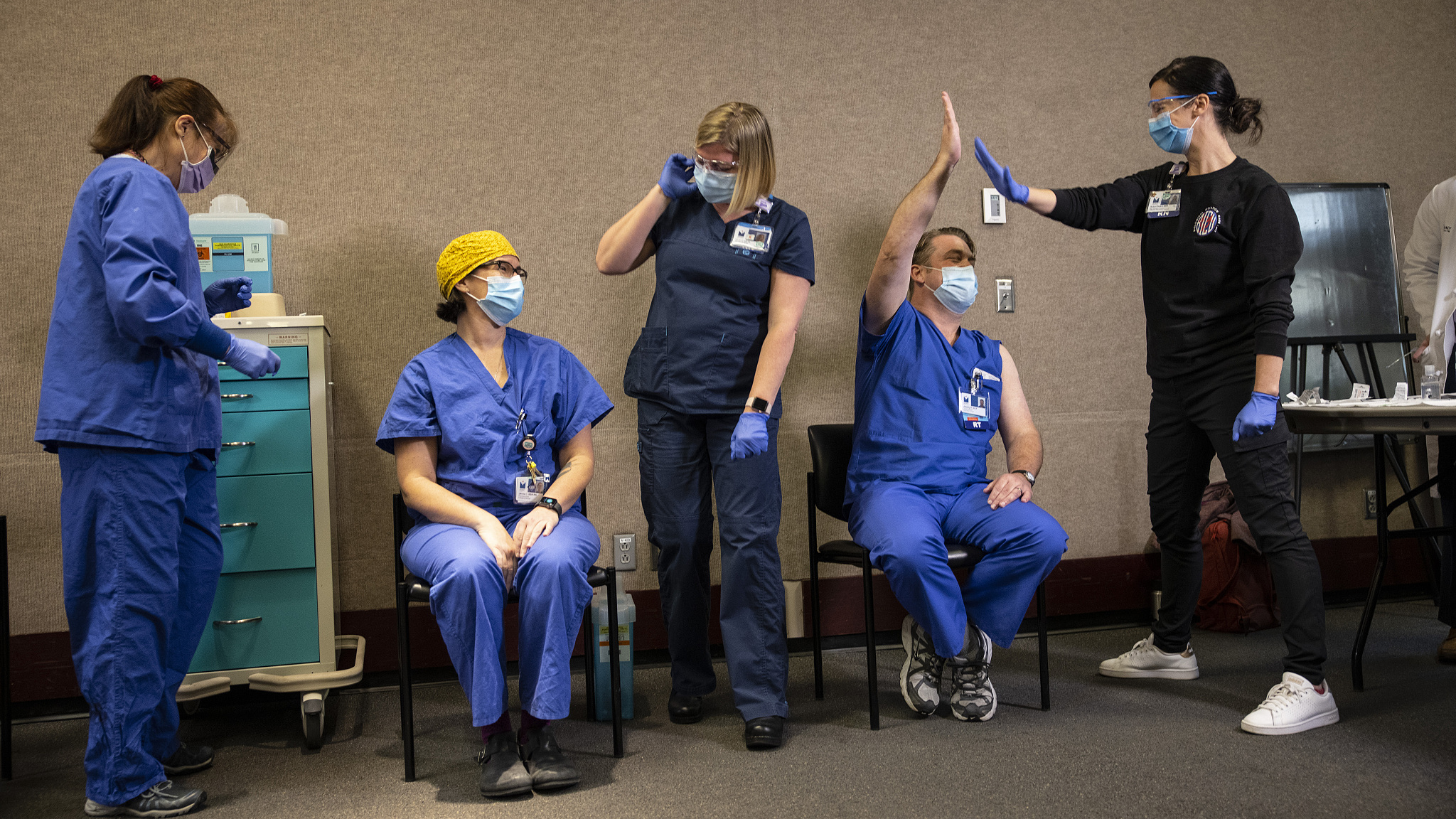 Reported daily coronavirus infections have been falling across the world for a month and on Tuesday hit their lowest since mid-October. But health experts warned against apathy even as vaccines are being rolled out worldwide.

Falls in infections and deaths coincide with lockdowns and severe curbs on gatherings and movement as governments weigh the need to stop successive waves of the pandemic with the need to get people back to work and children back to school.

But optimism over a way out of the crisis has been tempered by new variants of the virus, raising fears about the efficacy of vaccines.

"Now is not the time to let your guard down," Maria Van Kerkhove, the World Health Organization's (WHO) technical lead on COVID-19, told a briefing in Geneva.

"We cannot let ourselves get into a situation where we have cases rise again." 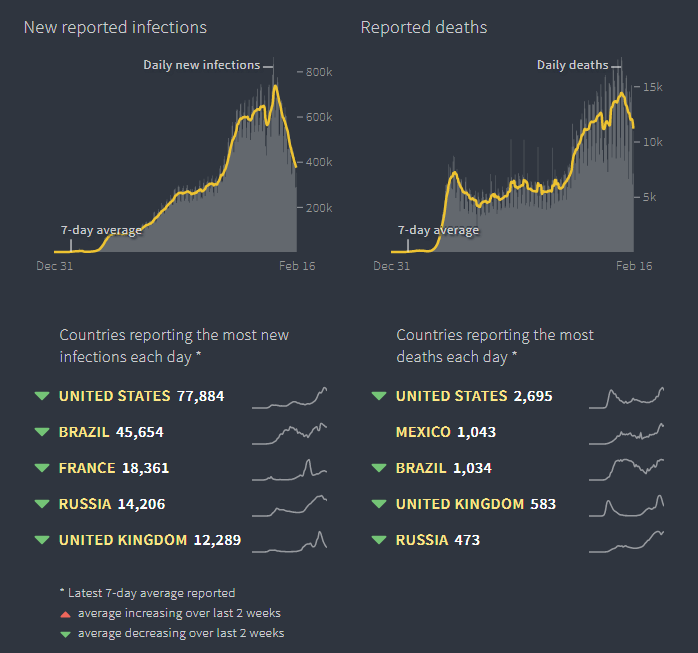 COVID-19 has hit some countries far harder than others, though differences in the way infections are counted locally make it impossible to make a perfect apples-to-apples comparison.

On Thursday, the WHO announced the launch of a strategic plan for the fight against COVID-19 pandemic that would require $1.96 billion from its member states.

According to WHO Director-General Tedros Adhanom Ghebreyesus, the plan has six objectives: suppress transmission, reduce exposure, counter misinformation and disinformation, protect the vulnerable, reduce the number of deaths and illnesses, and accelerate equitable access to new tools, including vaccines, diagnostics and therapeutics.

Of the amount sought, some $1.2 billion would go to the WHO component of the ACT Accelerator, a global collaboration led by the WHO to accelerate the development, production and equitable deployment of COVID-19 diagnostics, therapeutics and vaccines.

Tedros said that the plan has been designed to complement and work in coordination with other funding mechanisms, not to supplant or duplicate them.

So far, 85 countries have begun vaccinating people for the coronavirus and have administered at least 187,892,000 doses, according to Reuters figures.

Gibraltar, a British Overseas Territory located on Spain's southern tip, leads the world and has administered enough vaccine doses for 40 percent of its population, assuming every person needs two doses.