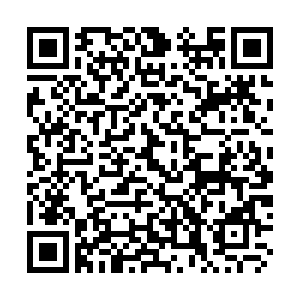 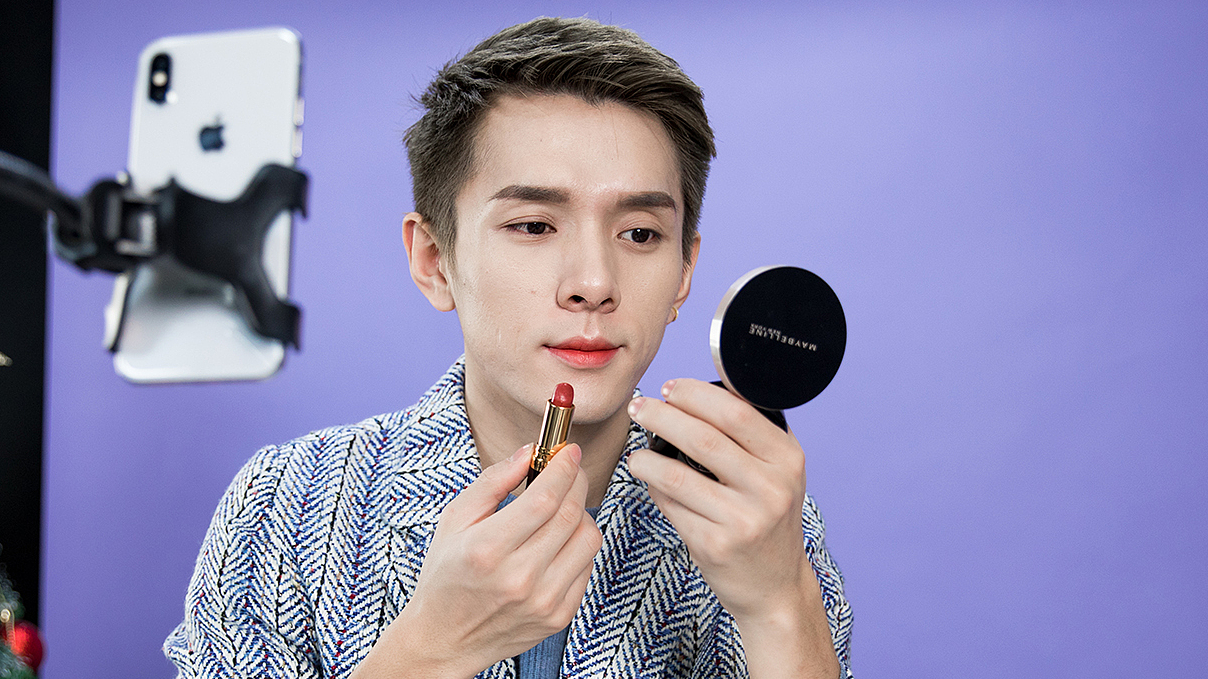 China's "lipstick king" has left his indelible mark on the country's livestream selling industry and is now appearing on the 2021 TIME100 Next list, an expansion of the TIME100 franchise.

Li Jiaqi is "a livestreaming sales powerhouse who has melted hearts with his charismatic – and candid – beauty-product reviews," said Charlie Campbell, the East Asia Correspondent for magazine, of the 29-year-old beauty guru who rose to fame because of his silver tongue.

Li began posting product reviews online in 2016 before going on to become a memorable face of the livestream shopping market in China. He's the kind of host who puts his money where his mouth is, trying on lipsticks and other make-up products in front of thousands of viewers during his shows.

In 2018, Li sold 15,000 lipsticks in just five minutes, and the following year he helped drive $145 million in sales on Taobao, China's largest e-commerce platform, during the Singles' Day shopping festival – the largest of its kind worldwide. 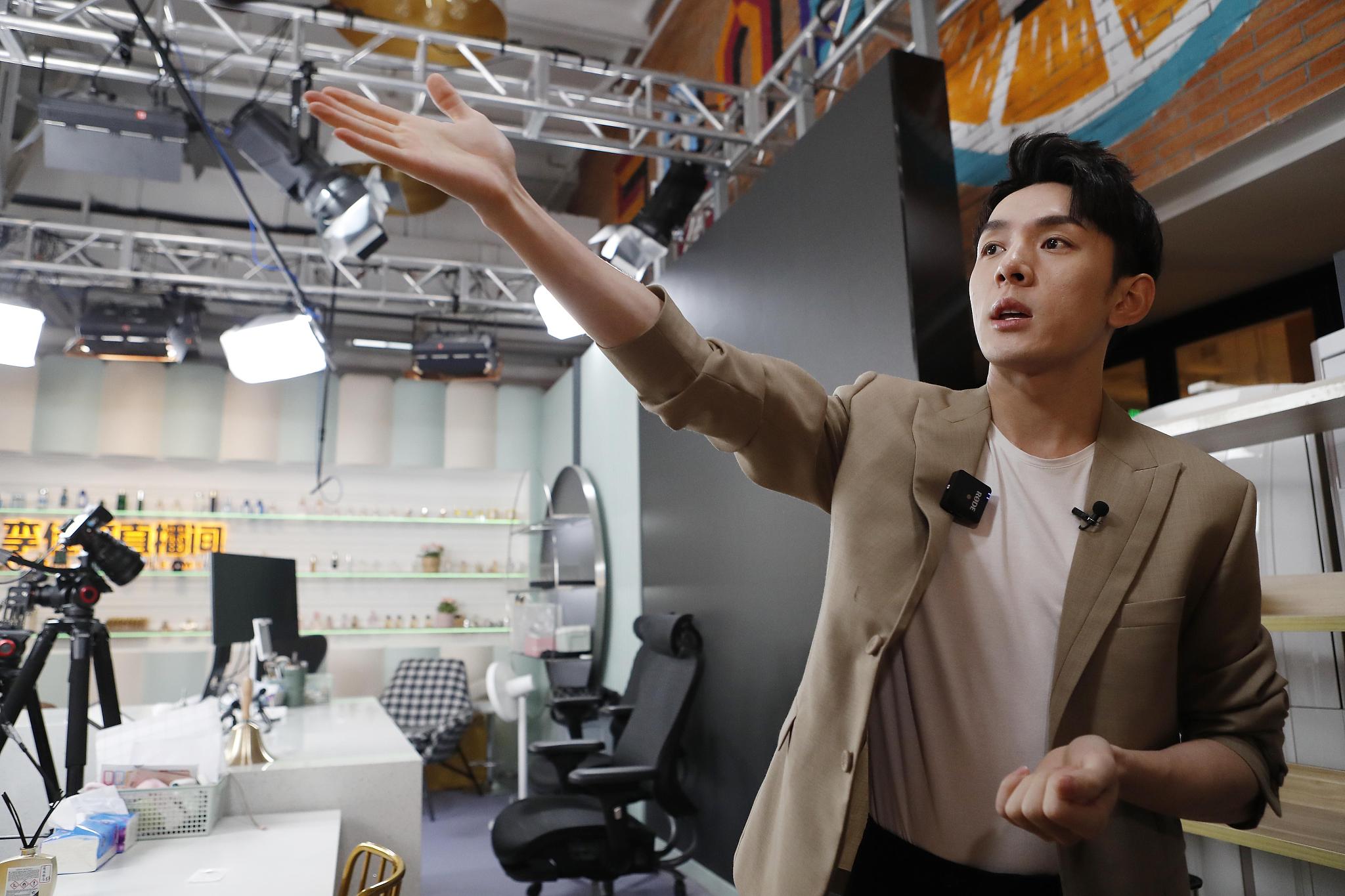 Li Jiaqi is seen in his livestreaming studio in Shanghai, China, October 18, 2020. /CFP

Li Jiaqi is seen in his livestreaming studio in Shanghai, China, October 18, 2020. /CFP

In 2020, Li helped promote and sell products from Hubei – the hardest-hit province in China during the COVID-19 epidemic – in cooperation with the China Media Group to boost the local economy.

"His charity work, particularly benefiting rural farmers, has further energized his online fan base," the magazine noted, calling Li "one of the most recognizable faces of China's livestreaming e-commerce industry, projected to be worth $15 billion by 2023."

Also on the list is Beijing-born filmmaker Chloe Zhao, whose latest picture "Nomadland" has received critical acclaim and swept dozens of awards at top-tier international film festivals such as the Golden Lion Award at the 2020 Venice Film Festival. 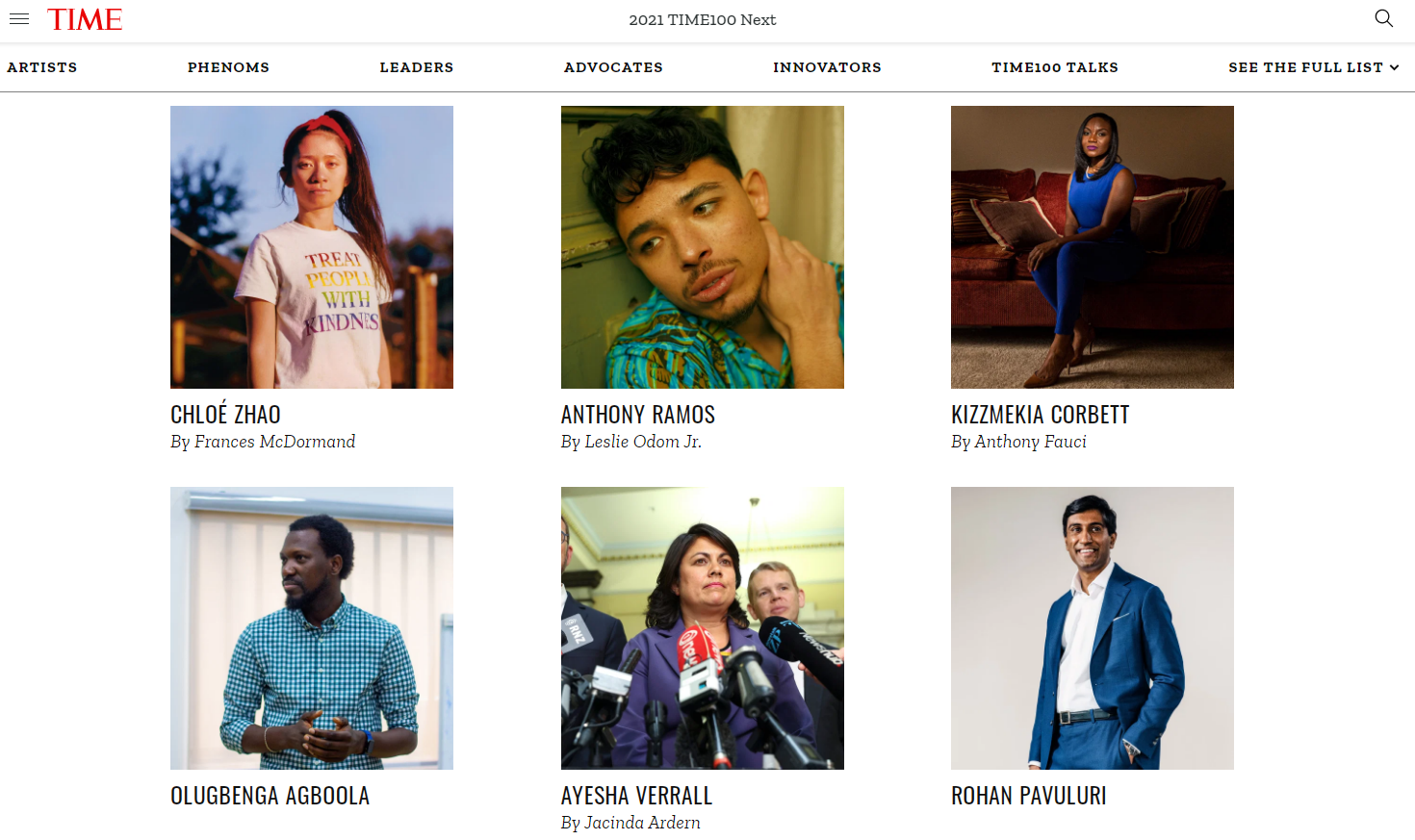 Li Jiaqi and Chloe Zhao are named in the Innovators category of the 2021 Time100 Next list. /Time

Li Jiaqi and Chloe Zhao are named in the Innovators category of the 2021 Time100 Next list. /Time

"With our film, 'Nomadland,' and her first two, 'Songs My Brothers Taught Me' and 'The Rider,' [Zhao] gained the trust of people offering their intimate life stories," noted American actress Frances McDormand, who plays the lead role and is also the producer of the award-winning film.

"She has an uncanny skill for walking the knife's edge between sentiment and sentimentality – and that enriches her storytelling in very authentic and original ways," said the Oscar-winning actress and a producer.

The TIME100 Next list recognizes "100 emerging leaders who are shaping the future of entertainment, health, politics, business and more," the Time said in a press release.

Li and Zhao were named in the Innovators category alongside 17 others, including Kizzmekia Corbett, the scientific lead of the Vaccine Research Center's coronavirus team at the U.S. National Institutes of Health, John Jumper, the lead researcher for the AlphaFold artificial-intelligence program, and Rohan Pavuluri, the founder of Upsolve, a non-profit app that allows users to file for bankruptcy on their own.