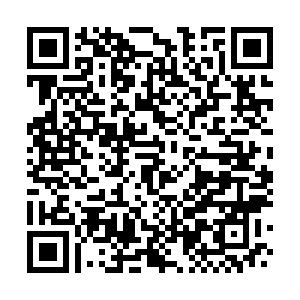 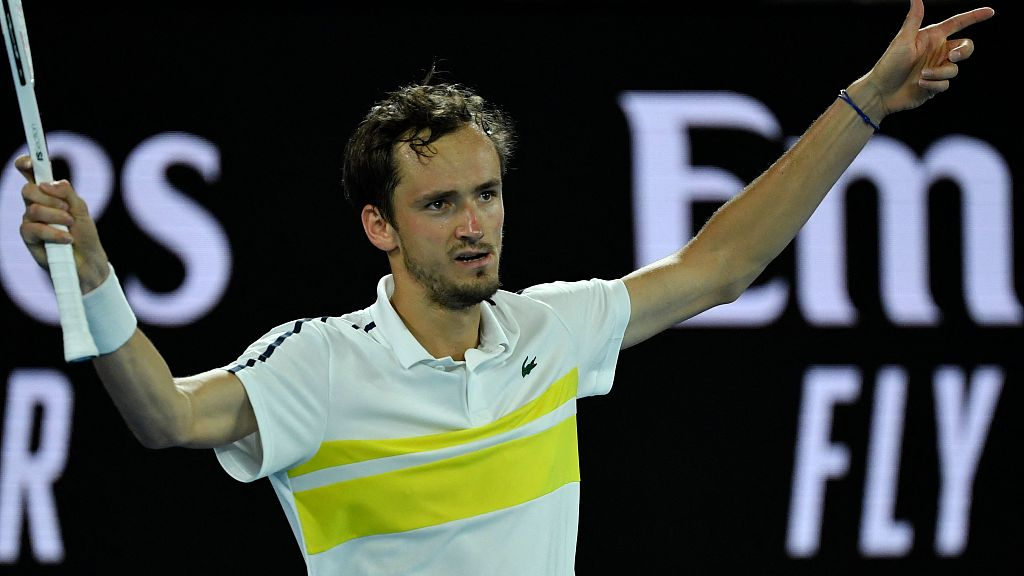 The fourth seed proved far too strong for Greece's Tsitsipas, crushing him 6-4, 6-2, 7-5 in front of more than 7,000 noisy fans at Rod Laver Arena to extend his winning streak to 20.

The 25-year-old, ultra-confident on the back of his unbeaten run, which includes three titles, has been knocking on the door of Grand Slam success for some time, but has yet to win a title.

To finally get over the line he must on Sunday beat top seed Djokovic, who has won all eight finals he has played at Melbourne Park.

But nobody on tour has more momentum than Medvedev, whose tricky game has stymied all opponents since November, and he has won three of his last four against the 17-time Grand Slam-winning Serb.

"I got a little bit scared and tight (in the third set) because it's a semi-final of a Slam... but happy I was able to turn my game on, especially in some tight moments on my serve." 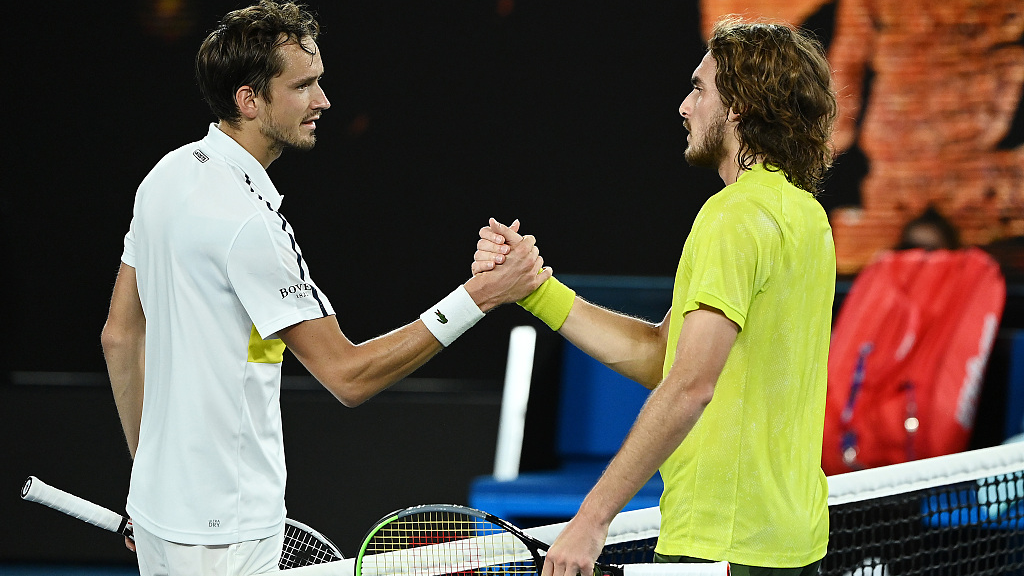 Stefanos Tsitsipas (R) of Greece and Daniil Medvedev of Russia exchange greetings at the net following their men's singles semifinals match at the 2021 Australian Open at Melbourne Park in Melbourne, Australia, February 19, 2021. /CFP

Stefanos Tsitsipas (R) of Greece and Daniil Medvedev of Russia exchange greetings at the net following their men's singles semifinals match at the 2021 Australian Open at Melbourne Park in Melbourne, Australia, February 19, 2021. /CFP

Fifth seed Tsitsipas was backing up from a stunning five-set upset of 20-time Grand Slam champion Rafael Nadal, but it was an energy-sapping four-hour epic and he appeared to feel the effects.

In front of vocal, flag-waving Greek fans, the servers controlled the points as they moved to 2-2 in the opening set before the Russian, anchored to the baseline, drew first blood.

Until then, Tsitsipas had only faced eight break points in the entire tournament, but Medvedev earned two and converted on the second when the Greek sent a return long.

Medvedev, who also reached the 2019 U.S. Open final, stayed focused and worked two set points at 5-4. But Tsitsipas defended both successfully with deep, aggressive returns as the crowd lifted their volume.

He sent down his first double-fault of the match on his third before blasting an ace and a winner to take a one-set lead.

Medvedev dominated the long rallies, with Tsitsipas needing to fight hard for every point, and he was broken again after a seven-minute marathon game when the Russian blasted a sizzling forehand down the line for 2-1 second-set advantage.

Frustrated, Tsitsipas slammed his water bottle to the ground at the changeover, with the ballkids forced to mop up the mess after it burst and sprayed everywhere.

Medvedev was commanding on serve and a glum Tsitsipas unravelled, broken again, to love, on his next game as the Russian raced through the set in 36 minutes.

He was broken again early in the third set and appeared spent, but roared on by the crowd he found new reserves to break back for 3-3.

For the first time in the match, Medvedev was under pressure but held his nerve with a glorious passing shot giving him another break for 6-5 before he calmly served out to win.