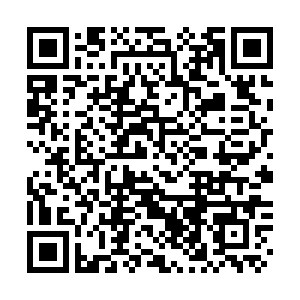 A growing number of endangered wild animals under national protection have been frequently spotted at nature reserves across China, where ecological improvements have been made over the past few years.

Border police in Xilin Gol League in north China's Inner Mongolia Autonomous Region captured footage of a vulture foraging for food during a patrol. The footage showed the vulture feeding on the carcass of a Mongolian gazelle atop a mountain. The officers also spotted other endangered animals, including Mongolian wild donkey, red deer, wild sheep, gazelles and foxes. In recent years, the Xilin Gol League has classified over 64 percent of its territory as being under ecological protection, to protect and restore the forest and grass ecology.

On Dalu Lake in east China's Shandong Province, a group of elegant white swans, under second-class state protection in China, are playing on the water. The open waters and abundant food in the surrounding wetlands also attract a large number of migrating geese. More and more rare birds have come to inhabit the area, as the local ecological environment has been continuously improving over the past few years.

In the Daxueshan National Nature Reserve in Yongde City, Yunnan Province, there are now three groups of western black-crested gibbons, which are under first-class state protection in China.

Altogether, there are only 1,200-1,500 western black-crested gibbons in the world, mainly distributed in the Wuliang Mountain and Ailao Mountain areas in Yunnan Province.

According to the staff, Daxueshan National Nature Reserve has established three monitoring points to study the population distribution of the black-crested gibbons since 2001.