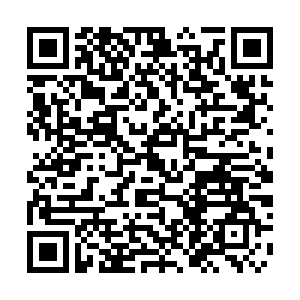 A Chinese academic has called for changes to the electoral system of the Hong Kong Special Administrative Region (HKSAR) to plug its loopholes so that the principle of "patriots governing Hong Kong" can be fully implemented.

Most countries examine the qualifications of their election candidates and have some basic principles to ensure the candidates running for public office are patriots, said He Junzhi, deputy head of the Chinese Association of Hong Kong and Macao Studies.

The inadequacy of such regulations in Hong Kong gives plenty of space to anti-China rioters, said He, who is also the executive deputy director of the Institute of Guangdong, Hong Kong and Macao Development Studies at Sun Yat-sen University.

Speaking to Xinhua, He said many loopholes of Hong Kong's electoral system were exposed during the district council election in 2019 and some preliminary procedures in the run-up to the seventh-term Legislative Council (LegCo) election originally scheduled for 2020.

Many necessary rules were not in place or not fully implemented, such as regulations on the oath-taking system for public employees and qualifications for election candidates, he added.

Condemning the so-called "primary election" organized by anti-China rioters and opposition political groups last year ahead of the original date of the LegCo election, He said it has neither legal effect nor constitutional basis.

Some candidates running for LegCo membership threatened to veto the budget introduced by the HKSAR government before they even saw it, which is a total loss of the most basic political ethics, He noted.

He said the current underrepresentation of some elected posts in Hong Kong tends to amplify the voices of certain extreme opposition forces within the system and prevent the voices of other sectors from being fully expressed.

"This lack of proper representation leads the outside world to believe that extreme opposition forces represent the whole of Hong Kong. The situation must be rectified," he said.

In recent years, some anti-China disruptors in Hong Kong, including some elected LegCo members, actively colluded with foreign forces and acted as agents of anti-China forces in Western countries, posing serious threats to national security.

Any public servant who has blatantly acted as an agent of Western countries has obviously violated the principle of "patriots governing Hong Kong," the academic said. "They must be subject to legal punishment and disqualified from holding public office in Hong Kong."