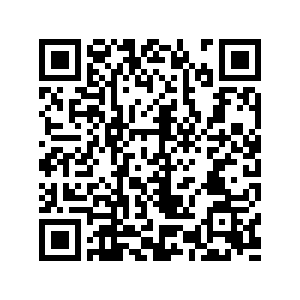 Seven workers at a poultry plant were infected with a bird flu virus in southern Russia, Anna Popova, the country's public health chief, said on Saturday.

These are believed to be the first cases of the H5N8 strain of influenza being passed to humans from birds, Popova said on Rossiya 24 state TV. But there is no sign of transmission between humans so far.

The World Health Organization (WHO) said in an email to the media that it had been notified by Russia about human infections with H5N8 and acknowledged this would, if confirmed, be the first time in the world the strain had infected people.

"Preliminary information indicates that the reported cases were workers exposed to bird flocks," the email said. "They were asymptomatic and no onward human to human transmission was reported."

"We are in discussion with national authorities to gather more information and assess the public health impact of this event."

According to Popova, the affected workers at the poultry farm, where an outbreak among birds was reported in December, had mild symptoms and have recovered.

H5N8 bird flu is a less pathogenic subtype influenza virus for humans but highly lethal to wild birds and poultry. Most human infections have been associated with direct contact with dead or sick poultry, although the possibility is very low, according to the WHO. Controlling the disease in the animal source is critical to decrease the risk to humans.

Since last year, H5N8 outbreaks have been reported in many regions across the Europe, the Middle East and East Asia. Many poultry plants chose to cull their birds to curb the spread.

In January, Indian officials announced they had killed tens of thousands of poultry birds after wild geese, crows and ducks across the country tested positive for avian flu.

Millions of ducks and other poultry had been slaughtered in France as of the end of January after the H5N8 virus was first detected in a pet shop in November and then spread to duck farms in December, the country's agriculture ministry said.

As influenza viruses are impossible to eradicate, zoonotic influenza infection in humans will continue to occur. To minimize public health risks, the WHO urges quality surveillance in both animal and human populations and thorough investigation of every human infection as well as risk-based pandemic planning.