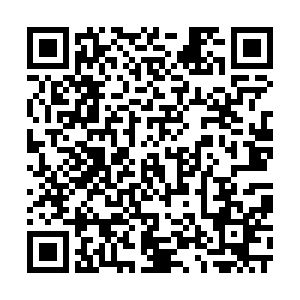 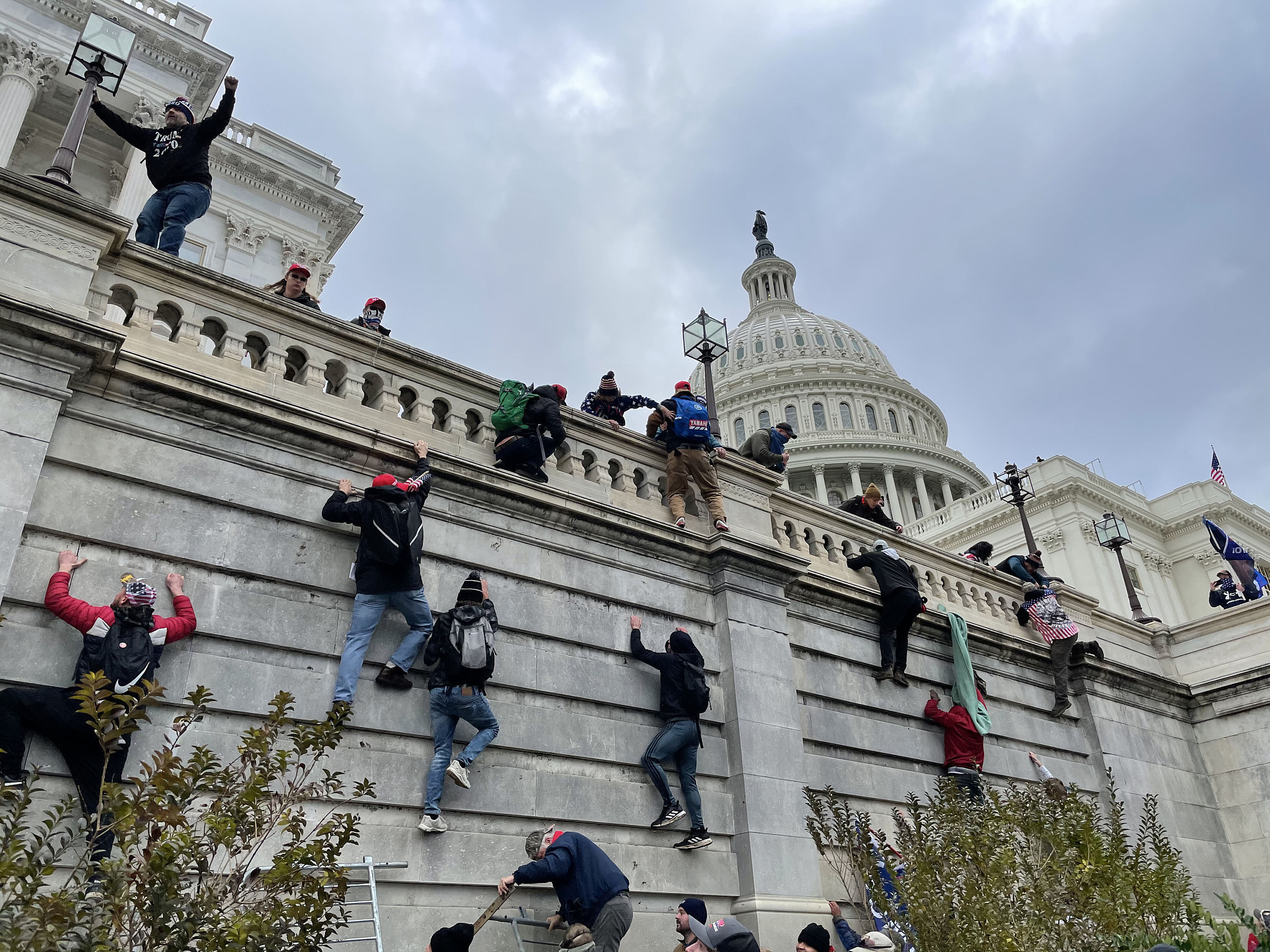 Protesters climb up the side of the U.S. Capitol building, Washington, D.C., January 6, 2021. /Reuters

Protesters climb up the side of the U.S. Capitol building, Washington, D.C., January 6, 2021. /Reuters

A federal grand jury indicted nine associates of the "Oath Keepers" militia, a far-right organization, on Friday for conspiring to storm the Capitol on January 6 to prevent Congress from certifying Joe Biden's presidential election victory.

Prosecutors say the nine defendants from four states coordinated plans to travel to Washington to storm the Capitol and extensively planned for a military-style attack that even contemplated staging an armed "quick reaction force" outside the city that would be ready to move if ordered by then President Donald Trump.

The remaining three defendants – Thomas Caldwell, Jessica Watkins and Donovan Crowl – were previously indicted for conspiracy in January. In the latest version of the indictment, the government filed additional charges against Caldwell for tampering with evidence by deleting his Facebook posts.

Caldwell and Watkins have pleaded not guilty. Crowl has not yet entered a plea. 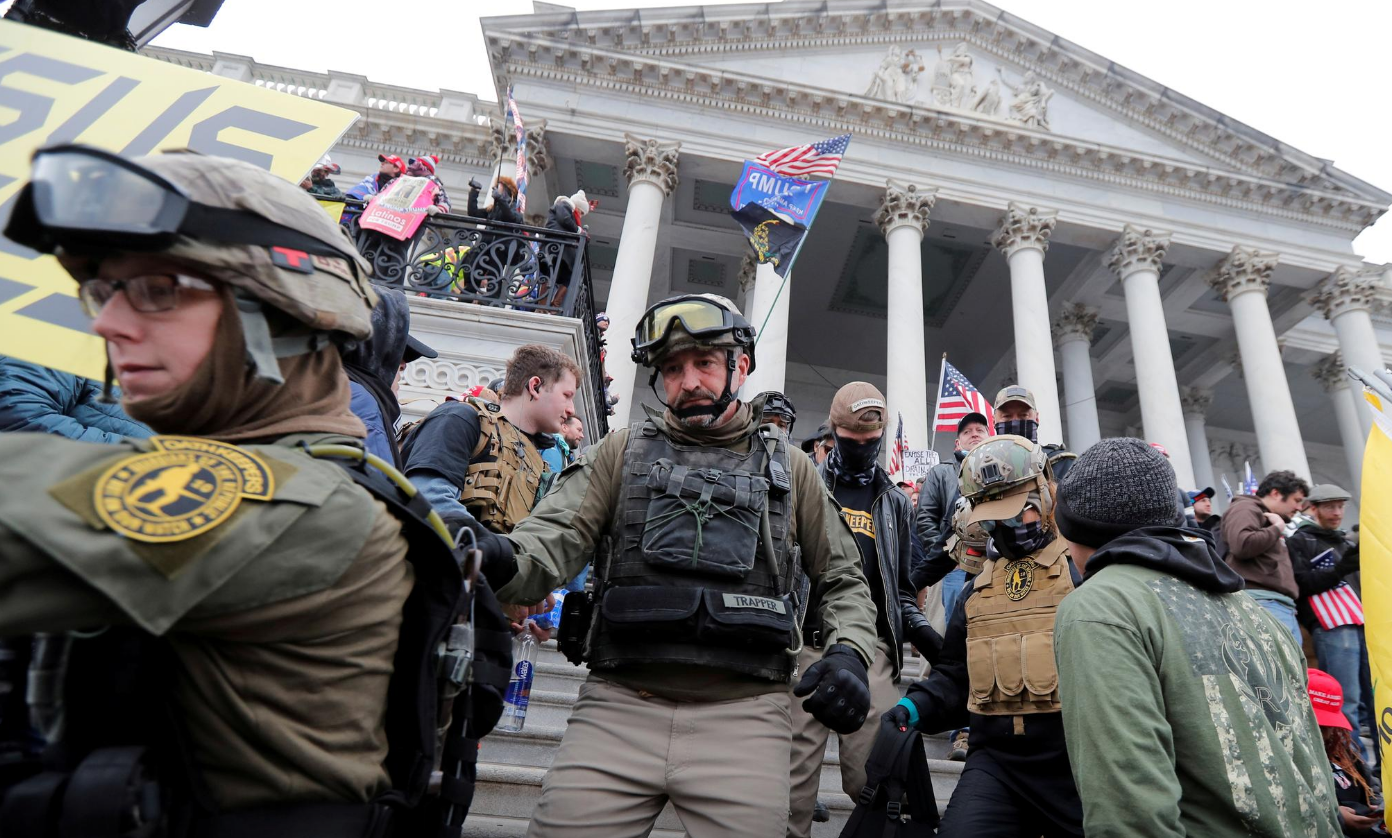 In the 21-page indictment, prosecutors allege that the defendants "did knowingly combine, conspire, confederate, and agree with each other and others known and unknown" to break into the Capitol building.

According to the indictment, Kelly Meggs is a self-described leader of the Florida chapter of the Oath Keepers. On December 22, he wrote inside a Facebook message that he believed Mr Trump's suggestion that January 6 would be "wild" meant the former president "wants us to make it WILD." 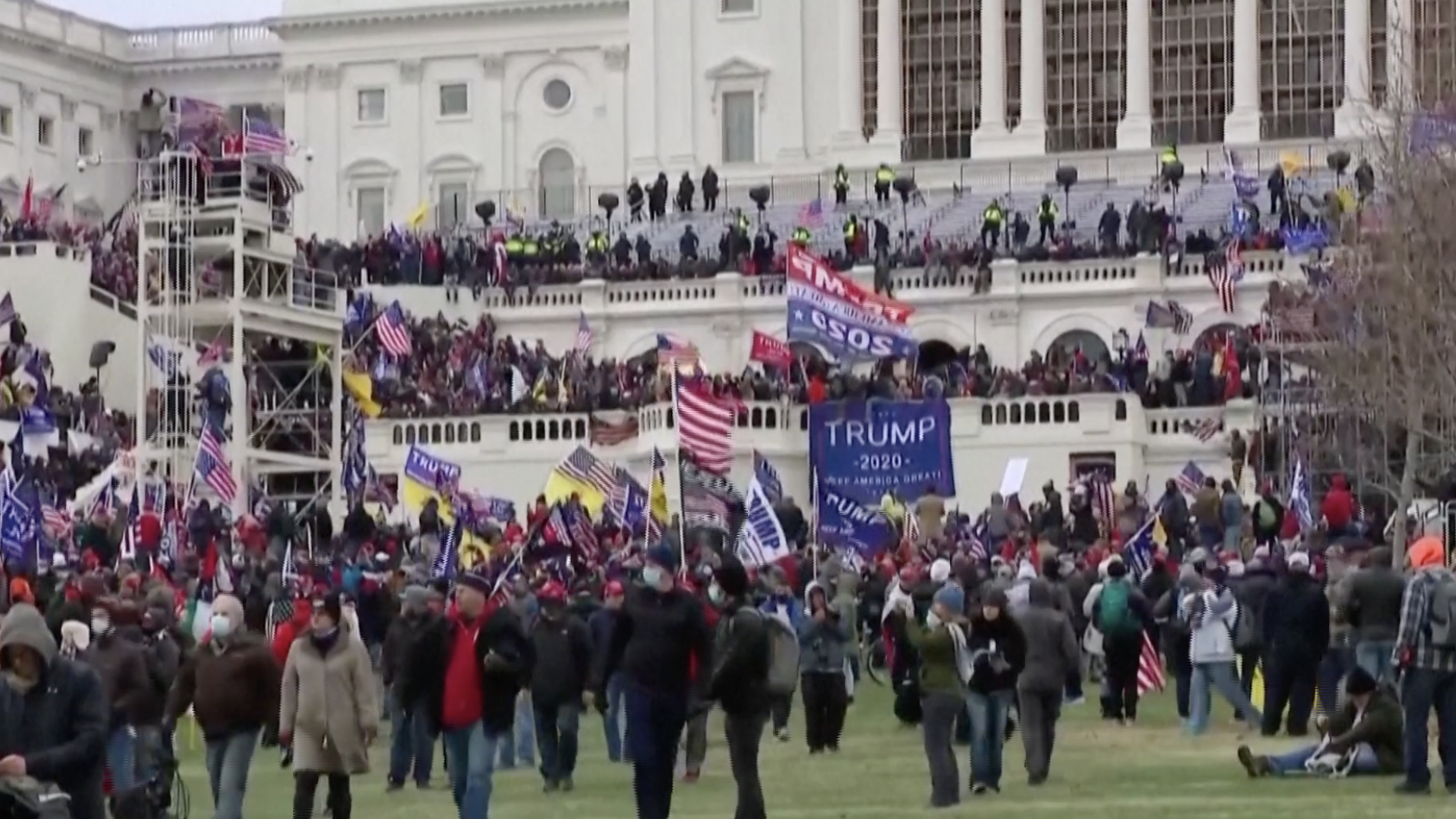 Prior to the certification of Biden's election victory, Trump encouraged supporters at a rally near the White House to march to Capitol Hill. During the rally, he repeatedly told the crowd that the election had been "rigged" by "radical Democrats" and the "fake news media" and he called on "weak Republicans" to reverse Biden's victory.

Hours after protests in his name turned into riots, Trump issued a 1 minute and 7 second video statement on his Twitter account, calling for the protesters to "go home in peace" while saying "we love you, you're very special."

Day ago, impeachment against Trump for inciting the insurrection ended with an acquittal, but charges against protesters have not. Federal law enforcement has signaled an effort to level broader, more significant charges against rioters.

So far, more than 200 people have been charged for their roles in the Capitol riots that left at least eight people dead and caused members of Congress to flee.

According to one of the criminal complaints filed in the case, some of the defendants did not seem too concerned they would face criminal charges.

"I've been following FBI wanted list, seems they're only interested in people who destroyed things. I wouldn't worry about them coming after us," Watkins told Bennie Parker, according to texts obtained by the FBI.

"I'm sure they're not on us," Bennie Parker replied.