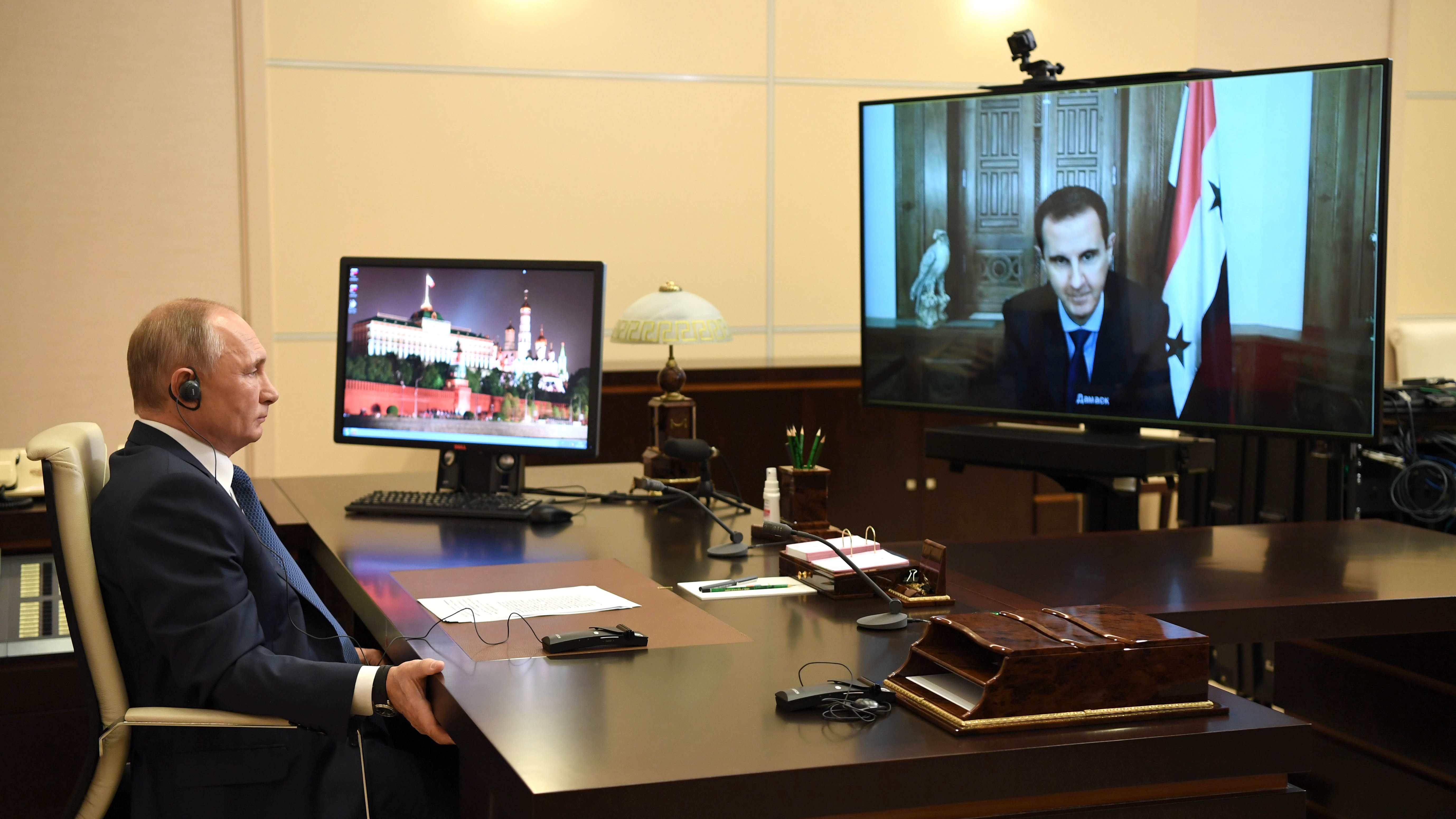 Russia's President Vladimir Putin during a video conference meeting with Syria's President Bashar al-Assad (on the screen) at the Novo-Ogaryovo residence, November 9, 2020. /Getty

Russia's President Vladimir Putin during a video conference meeting with Syria's President Bashar al-Assad (on the screen) at the Novo-Ogaryovo residence, November 9, 2020. /Getty

This week's Russian-brokered prisoner exchange between hated rivals Syria and Israel prompted speculation that their ties might soon normalize. An as-yet-unnamed Israeli woman wandered into Syria two weeks ago where she was promptly detained. Tel Aviv and Damascus immediately began to indirectly negotiate with one another over this incident through their shared Russian partner. It was eventually agreed that Israel would release two jailed Syrians in exchange for the woman, who was flown to Moscow before returning home. Up until that announcement, talks between all three parties were a closely guarded secret by each of them.

U.S. outlet Axios reported that the deal also concerns Israeli's provision of COVID-19 aid to the Arab Republic. If proven to be true, then this would represent a dramatic breakthrough in relations between the two. Syria officially doesn't have any relations with Israel and has previously demanded the return of the illegally annexed Golan Heights as a condition for peace talks. Damascus is also a proud supporter of the Palestinian cause and used to host many such armed opposition groups. Former President Hafez Assad's government entered into high-level U.S.-brokered talks with Israel in 2000, but they ultimately fell through and nothing was achieved.

With U.S. influence in the Mideast declining in recent years, Russia has sought to replace the diplomatic void left in its wake. Moscow's ongoing anti-terrorist military intervention in Syria that began in late 2015 has positioned the Eurasian great power as indispensable to any regional political solution involving the Arab Republic. While it's true that the U.S.-brokered Abraham Accords were made without Russia's involvement, none of the participating Arab countries were ever in a real state of war with Israel like Syria is. The so-called "New Middle East" that the U.S .and Israel envision cannot be achieved without a peace deal between Tel Aviv and Damascus.

That's a lot easier said than done, however, considering the complicated geopolitics involved. Russia is on equally excellent terms with both Israel and Syria, masterfully balancing between the two by not intervening whenever Tel Aviv bombs the Arab Republic per the de-confliction agreement that Moscow has with the former while also aiding Damascus with its anti-terrorist operations. Iran is just as close, if not more, with Syria, but unlike Russia, it hates Israel with a passion. In fact, all of Israel's bombing runs in Syria have been undertaken on the pretext of preventing Iran and its Hezbollah allies from threatening the Jewish State from its territory. 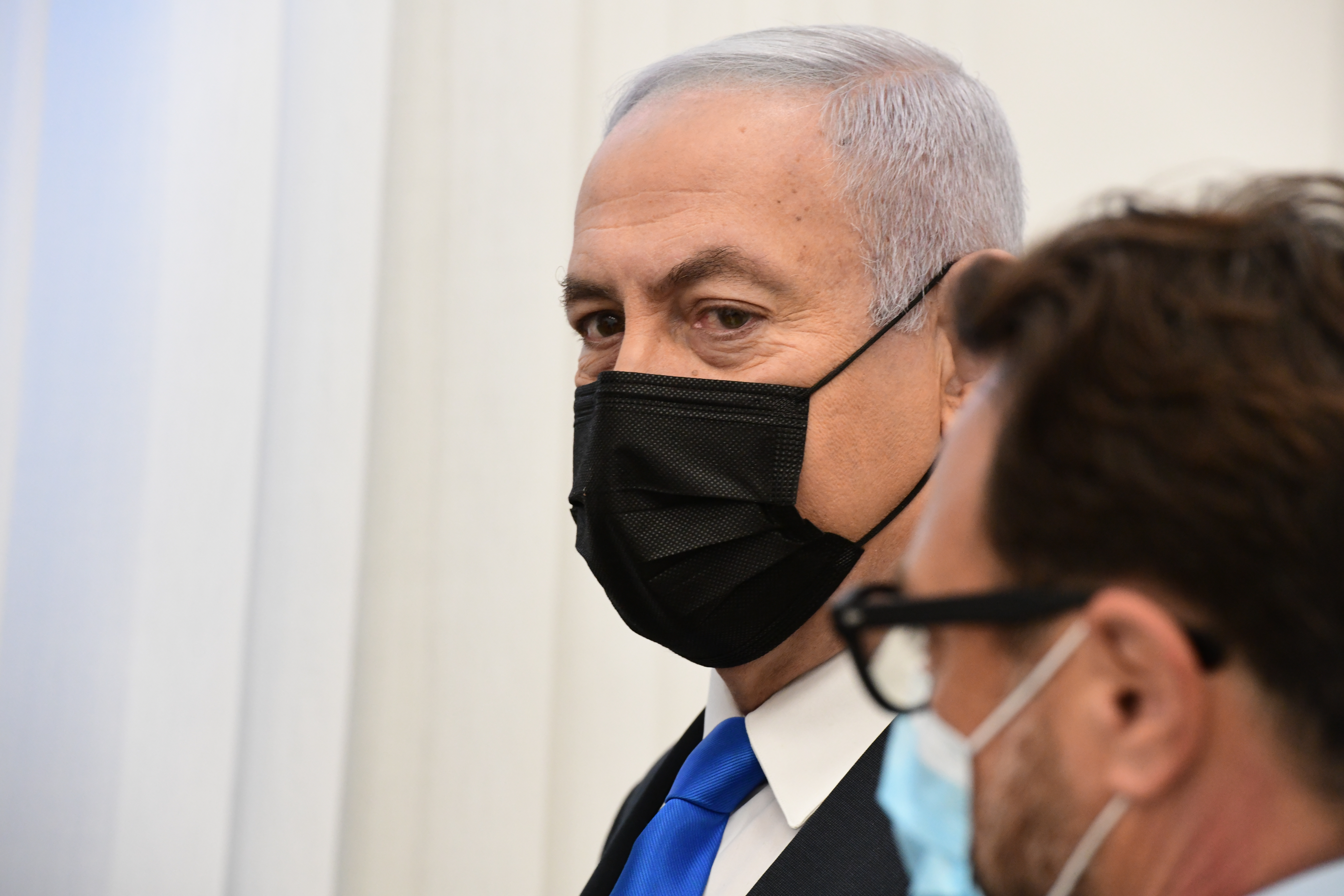 Israeli Prime Minister Benjamin Netanyahu arrives for the second hearing in his corruption trial at the Jerusalem District Court in East Jerusalem on February 8, 2021. /Getty

Israeli Prime Minister Benjamin Netanyahu arrives for the second hearing in his corruption trial at the Jerusalem District Court in East Jerusalem on February 8, 2021. /Getty

Syria is therefore between a rock and a hard place, diplomatically speaking. Its Russian ally would ideally like to broker peace between it and Israel in order to trump America's recent diplomatic achievements, while the Iranians would regard this move as a betrayal of what it describes as the Axis of Resistance between them and a few other regional parties like Hezbollah. Nevertheless, the latest prisoner exchange proves that Syria won't shy away from indirectly negotiating with Israel on immediate matters of pragmatic and especially humanitarian interest provided that this is mediated by their shared Russian partner.

There's another diplomatic wrinkle to consider too. The UAE and Bahrain were the first two Arab countries in recent memory to recognize Israel, but back in late 2018, they were also diplomatic pioneers of a different sort after they reopened their embassies in Damascus. Both countries have expanded ties with Russia over the past few years and shared Israel's security concerns about Iran. Their governments are also very wealthy and therefore well-positioned to assist in Syria's reconstruction. This opens up the possibility of them playing a complementary role to Russia's in seeking to bring Syria and Israel closer through diplomatic and other means.

Observers also shouldn't forget that Israel will hold its fourth election in two years on March 23. The prisoner exchange might greatly bolster incumbent Prime Minister Netanyahu's political position at home. If he fends off the latest challenge to his rule, it would partly be because of this recent diplomatic success that was interestingly made possible by both Russia and Syria. In exchange, he might become more flexible in his approach towards Syria, perhaps building upon the latest positive developments to explore the possibility of restarting negotiations between the two with Russian and Emirati support following Syria's coming elections.