Download
A look back at Biden's first month as 46th U.S. president
CGTN 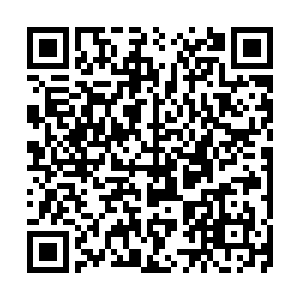 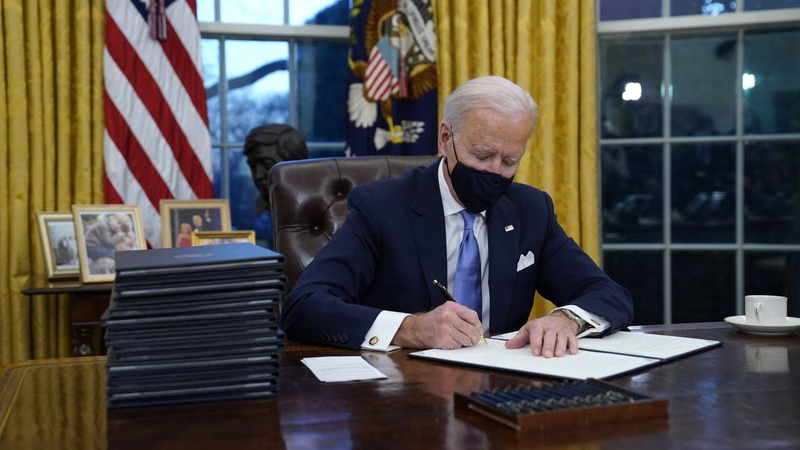 On January 20, Joe Biden took the oath of office and officially became the president of the United States. His personal declaration – "America is back" – is a loud denunciation to the "America First" policy enacted by his predecessor Donald Trump, which he argues has sabotaged U.S. alliances abroad and tore apart the country's social fabric.

As the U.S. is currently facing a once-in-a-century public health crisis which has killed nearly 500,000 and erased 10 million jobs, the new president has turned to executive power in an attempt to enact sweeping reforms and lift the country out of social and economic hot water.

Within minutes of his inauguration ceremony, Biden signed a flurry of executive orders that reversed the Trump administration's course on several international and domestic issues. This included rejoining both the Paris Climate Accord and the World Health Organization. He also rescinded the so-called Muslim ban, which had restricted immigration from Muslim-majority countries.

As promised during his presidential campaign, Biden also signed an executive order calling on Americans to wear face masks on federal property, extended a pause on student loan payments and ordered an immediate review of all previous policies that don't "advance environmental justice."

In his first month, Biden signed over 40 executive orders, actions and memorandums – the most by any U.S. president in recent decades. The orders touched on a variety of topics, including the economy, environment, racial equality and containing the COVID-19 pandemic.

Biden's slew of executive orders won the applause of Democrats, who have long opposed Trump’s inflammatory politics. For the Republicans who have supported Trump, Biden’s actions represent an abuse of power.

During a Senate speech in January, Senate Minority Leader Mitch McConnell pointed out that Biden himself once declared, "you can't legislate by executive action unless you are a dictator." Meanwhile, Tennessee Senator Marsha Blackburn tweeted, "You can't govern with a pen and a phone."

Even The New York Times was alarmed by Biden's use of executive power, and called on him to "Ease up on the Executive Actions.”

The Biden administration has defended the president’s actions as necessary to "undo the damage Trump has done" rather than "initiating any new law."

"There are steps, including overturning some of the harmful, detrimental and, yes, immoral actions of the prior administration that he felt he could not wait to overturn, and that's exactly what he did," White House Press Secretary Jen Psaki said.

With "America is back," the president is seeking to restore the transatlantic relationship with traditional European allies that was undermined by Trump, in addition to rehabilitating the country's COVID-battered economy and calming social tensions.

By reinvesting in wooing allies, the Biden administration, with a dose of China hawks on board, including Antony Blinken, Janet Yellen and Ely Ratner, is aiming to regain a global leadership role for the U.S. 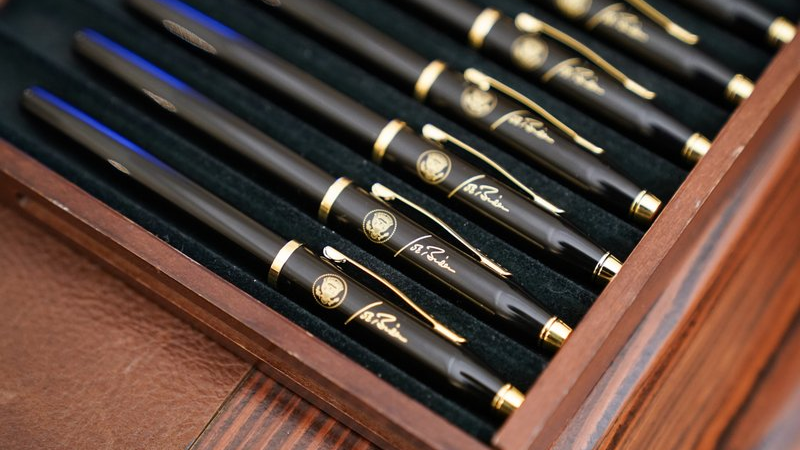 In this January 21, 2021 file photo, pens featuring President Joe Biden's signature and presidential seal are displayed in the State Dining Room of the White House in Washington, D.C. /AP

In this January 21, 2021 file photo, pens featuring President Joe Biden's signature and presidential seal are displayed in the State Dining Room of the White House in Washington, D.C. /AP

One month in, Biden's China policy remains vague, as a raft of domestic issues are dominating his agenda.

"Competition with China is going to be stiff," Biden said on Friday, in a speech at the Munich Security Conference, which was held virtually this year. He called on the U.S.' traditional European and Asian allies to work together and prepare for "long-term strategic competition with China."

Despite a thorough reversal in many principles, the Democratic leadership shares a strong bipartisan consensus with Trump's Republican Party. "I think in fairness to President Trump he was right to take a tougher approach to China," Blinken said.

"The new secretary of state has expressed his sympathy with Trump's China policy on various occasions, which may amount to hurting Biden's effort to establish the U.S.' moral leadership," noted Lyu.

The latest report by the Center for China and Globalization on China-U.S. ties in the Biden era points out that a return of multilateralism and Democratic Party values is making future Beijing-Washington ties more complicated.

"It will likely remain tough on the Asian powerhouse especially in technology, military, and human rights," the report says. Nonetheless, there's potential for cooperation in many other areas amid the continued global uncertainty.

While Biden has demonstrated the will to act in his first month as U.S. president, many Chinese analysts think time is not on his side when it comes to undoing the complicated legacy left by his predecessor. The challenge he faces is to demonstrate to Americans and the world the wisdom of his governing philosophy and soundness of his policies.