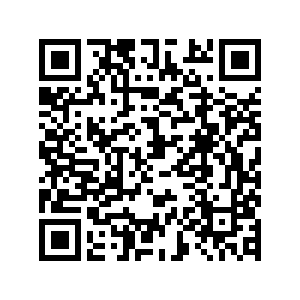 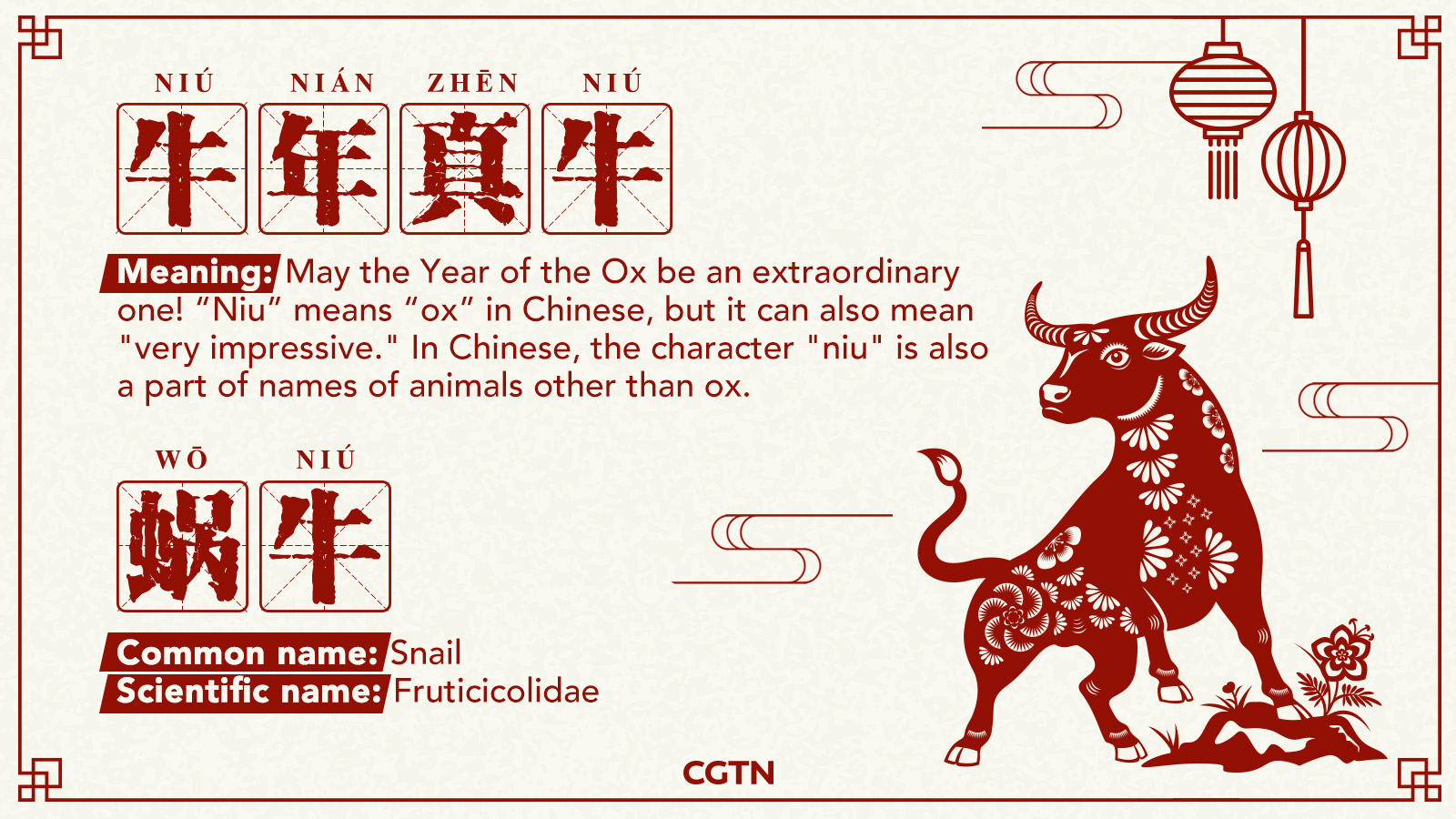 The word "snail" in Chinese contains the word for ox, despite snails being quite different from oxen.

In Chinese, "wō niú" (snails) refers only to land species of the class Gastropoda, excluding numerous species of sea snails and freshwater snails in general. Snails have shells of diverse shapes and colors. The head has four tentacles, which extend out when walking and retreat into the shell when frightened. 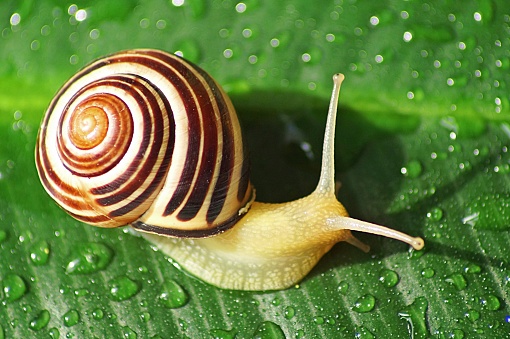 Snails feed on their lower jaws and an elastic band of thousands of tiny teeth, called a radula. The radula scrapes or grinds food particles, and the jaw cuts off larger pieces of food like leaves, which are then ground by the radula.

Snails excrete near their blowholes, called stomata. They will dump feces on their bodies and eventually leave feces on the ground through their feet and mucus.

Most snails have a shell that rotates clockwise from the center, but some "left-handed" snails have the opposite shell. According to Nature, the research team led by Masanori Abe and Reiko Kuroda at Chubu University in Kasugai, Japan, found in 2019 that snails missing the gene Lsdia1 had offspring with the rare anti-clockwise shells, suggesting that Lsdia1 is key to determining the creatures' "handedness." The snails pass on the mutated gene and shell type to subsequent generations.

Snails are omnivorous animals. Young snails are mostly saprovores, mainly feeding on putrefied plants. Adult snails generally eat green plants, such as roots, stems, leaves, flowers and fruits of all kinds of plants. They also eat a variety of waste papers, pig dung and plant residues. When starving, they will also eat each other. 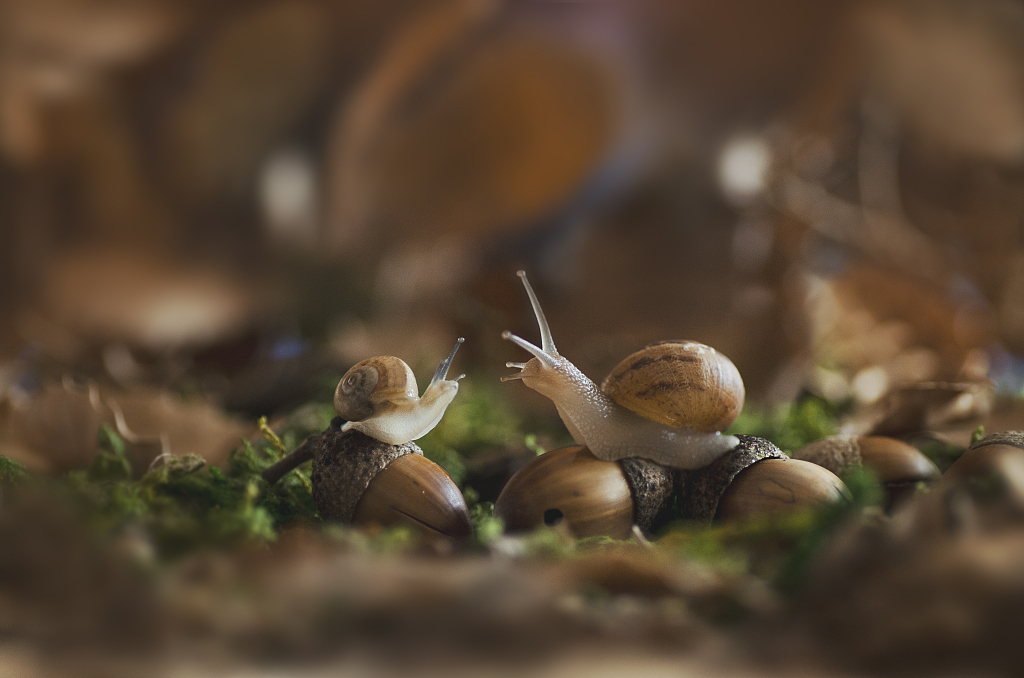