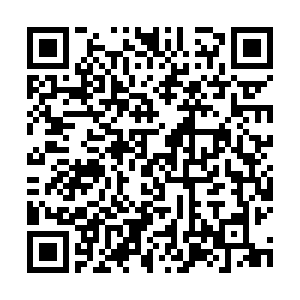 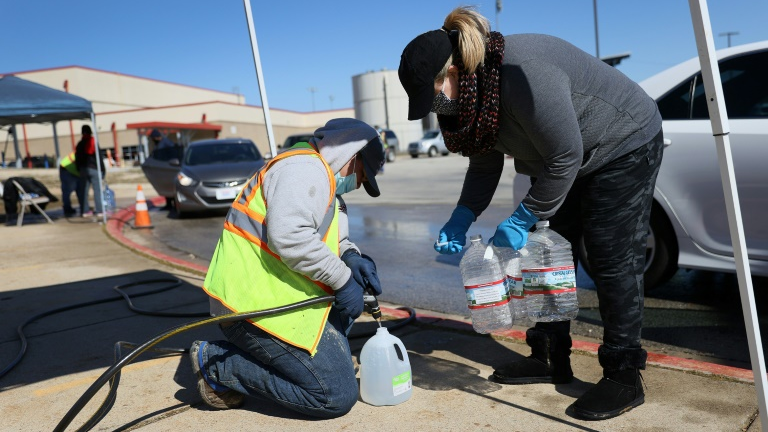 The Texas authorities have restored power statewide, bringing relief after days of unprecedentedly frigid temperatures, but millions were still struggling without safe, drinkable water on Saturday.

"Due to lack of power, frozen pipes, high use at certain times, we've seen the number of systems go up that are reporting (water) issues," said Toby Baker, executive director of the Texas Commission on Environmental Quality, at a televised briefing.

He said water problems were impacting about 14.3 million residents out of a total population of around 29 million, as officials distributed fresh water and food to thousands of people.

The Electric Reliability Council of Texas (ERCOT) reported on Friday that utility operations had returned to normal. However, more than 54,000 customers were still without power on Saturday as crews struggled to repair downed lines, according to the website poweroutage.us.

Approximately 70 deaths have been attributed to the cold wave so far. 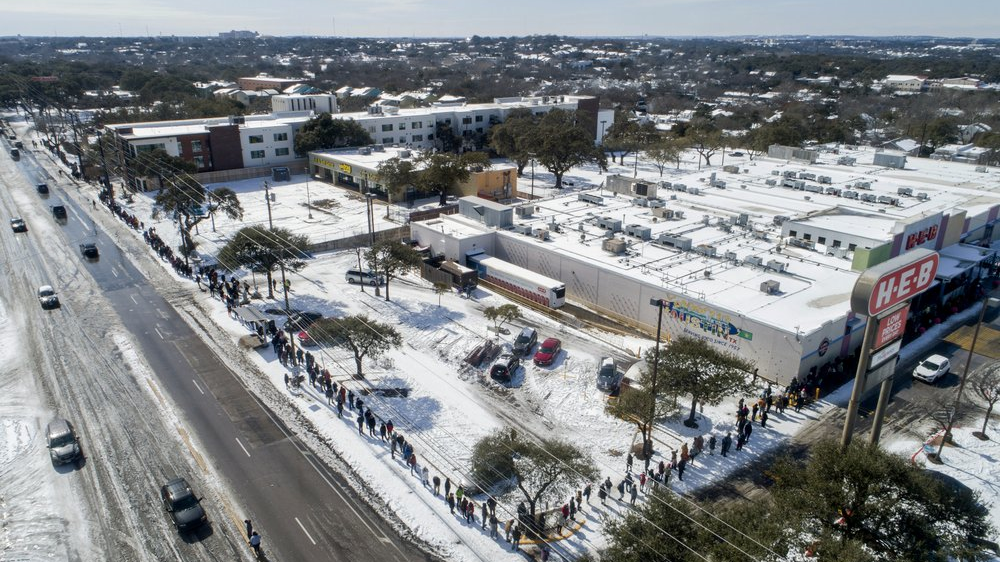 "The declaration covers much of the Texas population ... but falls far short of what Texas officials sought," Texas' newspaper the Dallas Morning News reported on Saturday, saying that Greg Abbott, governor of Texas, had asked on Thursday for a major disaster declaration  for individual and public assistance which covers all 254 counties struggling with the effects of the severe winter storm.

The drama in Texas represents Biden's first big domestic crisis. He has said he wants to visit the state early next week but does not want to distract from relief efforts. The crisis was also a political disaster for Texas Senator Ted Cruz, who was caught traveling to sunny Cancun, Mexico while his constituents back home were freezing.

Not just an issue for Texans

U.S. Democratic congresswoman Alexandria Ocasio-Cortez, a frequent target of Republican criticism, was in Texas on Saturday lending support after raising more than $3.7 million in a few days to help Texas's recovery.

"This is not just an issue for Texans, this is an issue for our entire country," the New York congresswoman said in Houston. 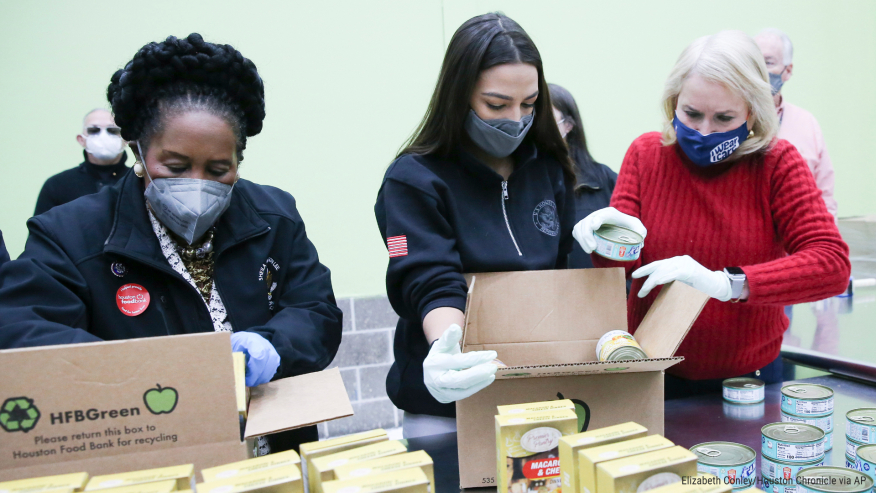 Even with power back and temperatures rising on Saturday, multiple cities remained under orders to boil water before consuming it. Mayor Sylvester Turner of Houston, the fourth-largest U.S. city, has said a boil-water notice might extend until Monday.

In many locales, people lined up outside churches, community centers or in parking lots, sometimes for hours, as they waited to pick up bottled water supplies.

"Water distribution, bottled water distribution still seems to be our number one priority," Nim Kidd, chief of the Texas Division of Emergency Management, said during the televised briefing.

"As of last night, we had ordered 9.9 million bottles of water through our federal partners ... 2.1 million have been distributed so far," said Kidd, adding that the state was ordering more than 5 million meals ready to eat, though the weather had hampered their distribution.

Authorities were reportedly operating more than 300 "warming centers" across the state. As frigid air moved to the north and east on Saturday, Texans were finally seeing the return of warmer temperatures, ranging from 10 to 27 degrees Celsius.

The state is the only one in the continental U.S. to have its own independent power grid, meaning it was cut off when the weather hit.

Ocasio-Cortez said the U.S. must "rally together behind the needs of Texans" after turning up to volunteer at the Houston Food Bank on Saturday.

Texas State Attorney General Ken Paxton has opened an investigation of how ERCOT and 11 other power companies "grossly mishandled this week's extreme winter weather," he said in a statement.

According to reports, some utility providers reportedly had failed to weatherize equipment, including wind turbines and natural gas pumping facilities.