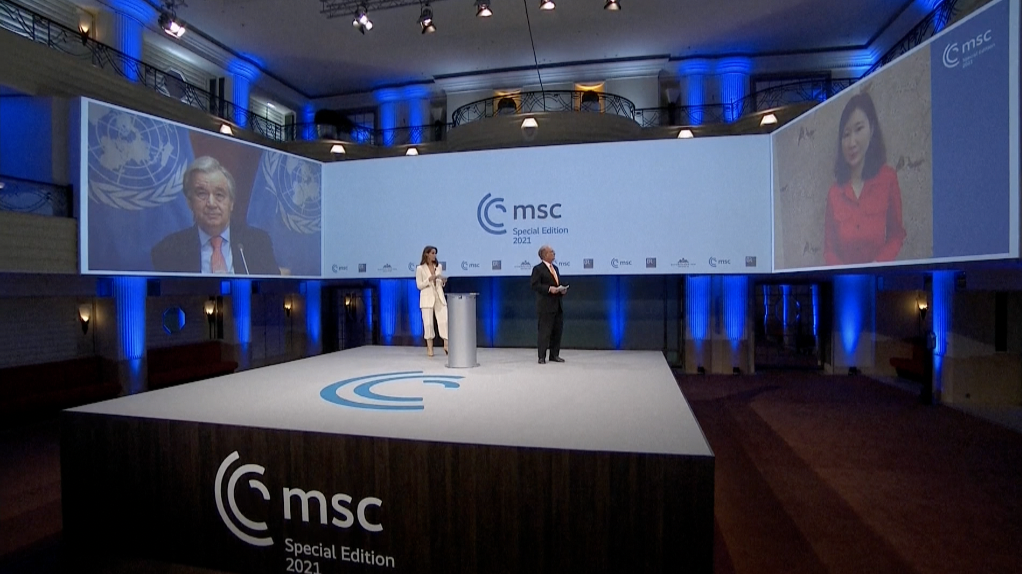 The build up to the 2021 Munich Security Conference (MSC) has officially begun, with some of the world's top policymakers and leaders taking part in an online event on Friday. The 57th MSC was supposed to take place in the German city this month, but the pandemic has forced organizers to push it back to a later date.

In its place is a special broadcast edition called "Road to Munich 2021," featuring high-profile speakers such as the United Nations (UN) Secretary-General Antonio Guterres, U.S. President Joe Biden and German Chancellor Angela Merkel. CGTN's Cen Ziyuan speaks to Miao Lu, co-founder of the Center for China and Globalization in Beijing. The young scholar asked the UN secretary-general about the global response to COVID-19 and what it means for developing countries. Let's hear what they said.