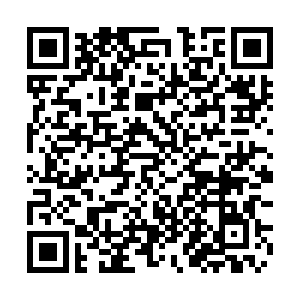 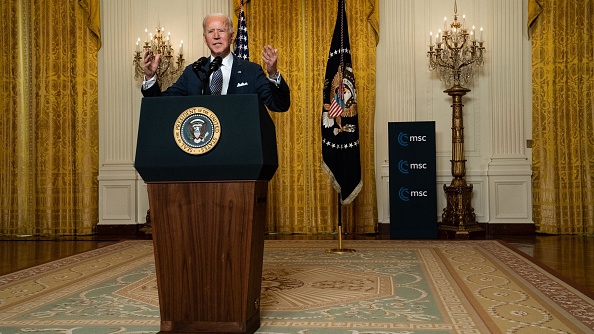 U.S. President Joe Biden delivers remarks at a virtual event hosted by the Munich Security Conference in the East Room of the White House in Washington, D.C., February 19, 2021 /Getty

U.S. President Joe Biden delivers remarks at a virtual event hosted by the Munich Security Conference in the East Room of the White House in Washington, D.C., February 19, 2021 /Getty

The deadline on February 23 to stop implementing the Additional Protocols of the nuclear Non-proliferation Treaty (NPT) was ordained by Iran's parliament. The legislative body holds the government responsible and says it doesn't expect anything useful to come from the U.S. or the EU. It says the West is too unpredictable a place to park political capital, and assuming things is the equivalent of sleepwalking blindfolded on a nuclear cliff edge.

Strange enough, this hasn't discouraged the Biden administration from agreeing to take part in multilateral talks with Tehran hosted by the EU, with the aim of reviving the 2015 nuclear deal, known as the Joint Comprehensive Plan of Action (JCPOA).

The Biden administration has made other logical moves. It rescinded former President Donald Trump's "snapback" of UN sanctions against Iran. The move helped correct one of the biggest mistakes of the Trump administration in foreign policy.

To reduce tensions, the Biden administration also eased travel restrictions on Iranian diplomats accredited at the UN. As part of Trump's "maximum pressure" campaign, they were barred from all but a few blocks around the UN and their mission in New York.

Tehran is considering the offer of talks but insists these are symbolic gestures and Washington must act and lift all sanctions. Iranian Foreign Minister Javad Zarif has reminded the political leadership in Washington that only then would Tehran return to its commitments.

On that note, the decision to suspend the IAEA's short-notice visits does not mean Iran is leaving the NPT. Iran will continue working with the IAEA, as this is in everybody's interest. Additionally, the Sunday visit of IAEA Director-General Rafael Grossi to Tehran will not change Iran's decision to stop implementing the Additional Protocol. 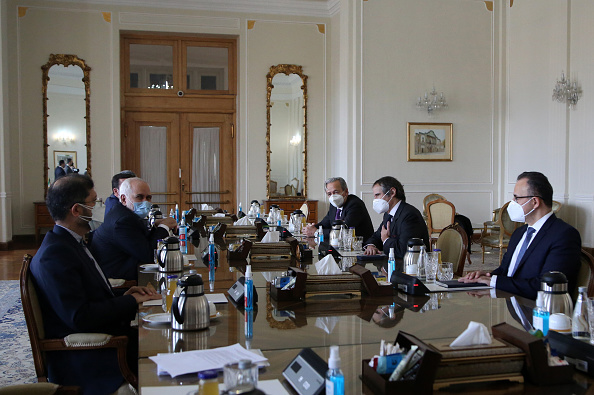 The political establishment in Tehran believes that the U.S. is unreliable, Biden has only fired the starting gun on reviving the deal, and talks are unlikely to lead to a quick breakthrough. The main argument is that Washington's return to the JCPOA and removal of sanctions does not need any negotiation.

The truth is both Iran and the U.S. are in breach of the deal and must return to compliance. The arguments over who must blink first are counterproductive and unreasonable. As maintained by China, France, Germany, Russia, and Britain, the process of putting the JCPOA back on track can be coordinated by the remaining signatories. Tehran and Washington cannot resolve this bilaterally.

Quite the opposite, Tehran has increased its use of advanced centrifuges and begun making uranium metal. In addition to cutting back on inspections, Tehran plans to further expand its nuclear activities. The stated goal is to prove that "maximum pressure" has led to "maximum failure."

The Biden administration has equally done nothing to bring the deal back from the brink. Instead, it has done everything that it's been asked to do by the foreign policy establishment, lobby groups and officials of various levels. It demands that Iran return to full compliance and agree to talks about its missile program and activities in the Middle East.

It's really not complicated. Tehran will not renegotiate the JCPOA, and its defensive activities and regional policies are not open to any negotiation. While Biden is trying to prod Iran to return to compliance, he is yet to act decisively and come up with a policy that's not short-sighted and uncompromising. He is ready to reengage but also wants to address "Iran's destabilizing activities." He cannot want a stricter agreement before ending the practice of economic warfare. It's a non-starter.

Biden can simply go beyond the never-to-be-forgotten character of Trump and hit rewind on sanctions in the interest of common sense. That's all to the good. Any other move, including coordinating negotiation positions with the deep state cabal on foreign policy and regional opponents of the deal, will only complicate and prolong the decision-making process on Iran.

It is said old habits die hard. At this critical moment, Iran is highly unlikely to reverse its retaliatory steps while the U.S. is trying to crush its economy. Equally, America is addicted to sanctions and bullying, and Biden knows that he cannot voluntarily take the shortest road back into the JCPOA without losing face, especially internationally. The sanctions and the retaliatory steps are all reversible once all signatories to the accord stop playing bad games and honor their UN-endorsed obligations.