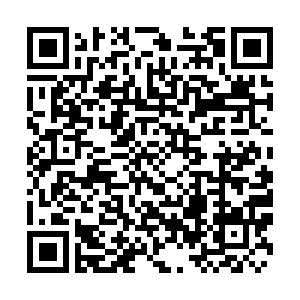 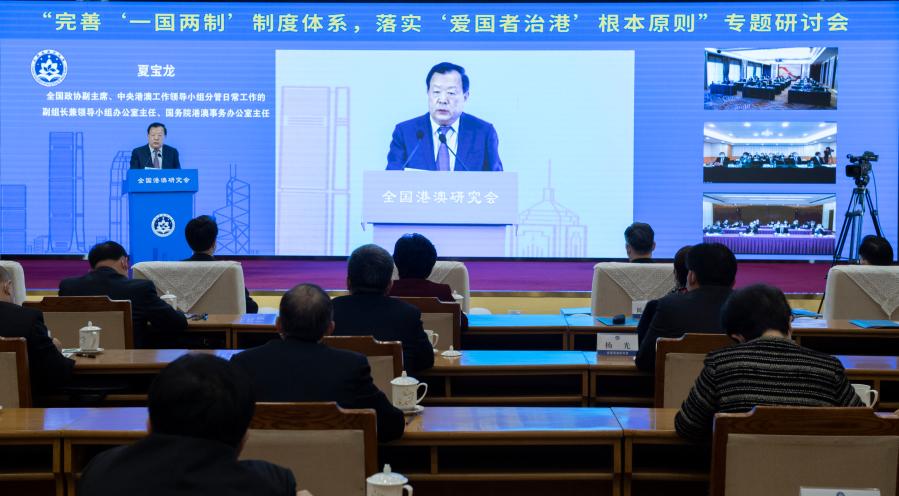 Xia Baolong, vice chairman of the National Committee of the Chinese People's Political Consultative Conference and head of the Hong Kong and Macao Affairs Office of the State Council, on Monday said the principle of "patriots governing Hong Kong" must be upheld to ensure the steady and sustained implementation of "One Country, Two Systems."

Xia made the remarks via video link during the opening ceremony of a symposium held in Beijing on Monday, at which improving the institutional framework of "One Country, Two Systems" and implementing the fundamental principle of "patriots governing Hong Kong" were discussed.

Calling "patriots governing Hong Kong" the essence of "One Country, Two Systems",  Xia said the principle means that after its return to the motherland, Hong Kong must be governed by patriots and the power of the Hong Kong Special Administrative Region (HKSAR) must be in the hands of patriots.

Xia warned of the risk of anti-China disruptors, "Hong Kong independence" elements and other radical separatists entering into the governance architecture of the HKSAR through elections.

He thus called for prompt efforts to improve related systems in the HKSAR, especially the electoral system, so that "patriots governing Hong Kong" can be effectively implemented.

Members of the executive, legislative and judicial organs of the HKSAR and chief officials of its major statutory bodies must be genuine patriots, he said.

Experts and scholars attending the symposium said Hong Kong's current electoral system can not provide a strong institutional guarantee for comprehensively implementing the principle of "patriots governing Hong Kong" and prompt measures are needed to plug the loopholes.

The symposium was organized by the Chinese Association of Hong Kong and Macao Studies, and was attended by nearly 200 people including chief officials of related central authorities, relevant officials, experts and scholars from the mainland, the HKSAR and the Macao SAR.

Officials, experts and scholars in Shenzhen, Hong Kong and Macao attended the event via video link.

(CGTN's He Weiei also contributed to this story)