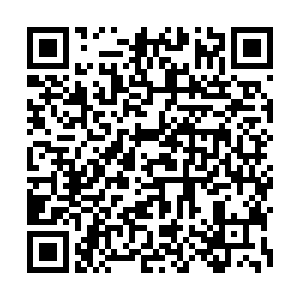 Xi hailed the mutual support and close coordination between the two countries on issues related to each other's core interests and the fruitful achievements made in jointly building the Belt and Road Initiative.

Xi expressed China's sincere hope for Kyrgyzstan to realize steady development and voiced support for the country to stick to its own development path and defend its national independence, sovereignty and security.

China is ready to work with Kyrgyzstan to push bilateral relations to a higher level, Xi said.

According to Xi, China is accelerating the pace of building a new development pattern while pursuing a higher level of opening up.

Adding that the move will provide more development opportunities for Kyrgyzstan and other countries in the world, the Chinese president called for high-level development and deeper cooperation under the framework of the Belt and Road Initiative in areas such as trade, connectivity and agriculture.

He also called on the two sides to enhance security cooperation and work together to safeguard regional peace and stability.

China is willing to support the Kyrgyz side in the anti-epidemic fight and step up cooperation in vaccine development.

Zhaparov, for his part, expressed Kyrgyzstan's appreciation to China for supporting the country's economic and social development and epidemic prevention.

Noting that China is always a reliable neighbor, friend and partner to Kyrgyzstan, Zhaparov said his country firmly supports China in issues related to China's Hong Kong, Xinjiang, Taiwan as well as other issues of China's core interests.

He also echoed Xi's words calling for strengthening bilateral cooperation and added that Kyrgyzstan is ready to work with China in building a community with a shared future for mankind.