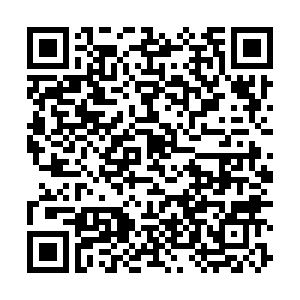 China expresses its strong dissatisfaction and firm opposition over a Xinjiang-related motion passed by Canada's House of Commons, a spokesperson from the Chinese Embassy in Canada said Tuesday.

The statement came after Canada's House of Commons passed a motion on Monday saying China's treatment of the Uygur Muslim minority in the Xinjiang region constitutes "genocide."

"Xinjiang-related issues are never about human rights, ethnicity or religion, but about combating violent terrorism and secession," reiterated the spokesperson.

The motion has made false accusations that a "genocide" is currently being carried out by China against "Uygurs and other Turkic Muslims," while calling upon the International Olympic Committee to move the 2022 Olympic Winter Games, the spokesperson said.

The spokesperson said that the Canadian politicians are "hyping up the topic of the Beijing Winter Olympics based on political lies, and politicizing sports, which completely runs counter to the Olympic Charter and jeopardizes the Olympics and the interests of athletes around the world."

The spokesperson pointed out that "genocide" is clearly defined in international law, and this cannot be pinned to China, while listing related statistics.

The spokesperson said that the measures taken by China's Xinjiang to counter terrorism and eradicate extremism have effectively contained the frequent occurrence of terrorism activities.

These measures have guaranteed the safety of people of all ethnic groups and greater progress has been made in local economy and living standards.

"This is to protect to the greatest extent the basic human rights of people of all ethnic groups in Xinjiang," said the spokesperson.

The spokesperson also stressed that Canada's attempt to contain China's development by passing the Xinjiang-related motion will never succeed and urged the politicians to stop interfering in China's internal affairs and using Xinjiang affairs for personal gain.