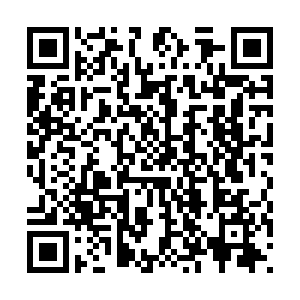 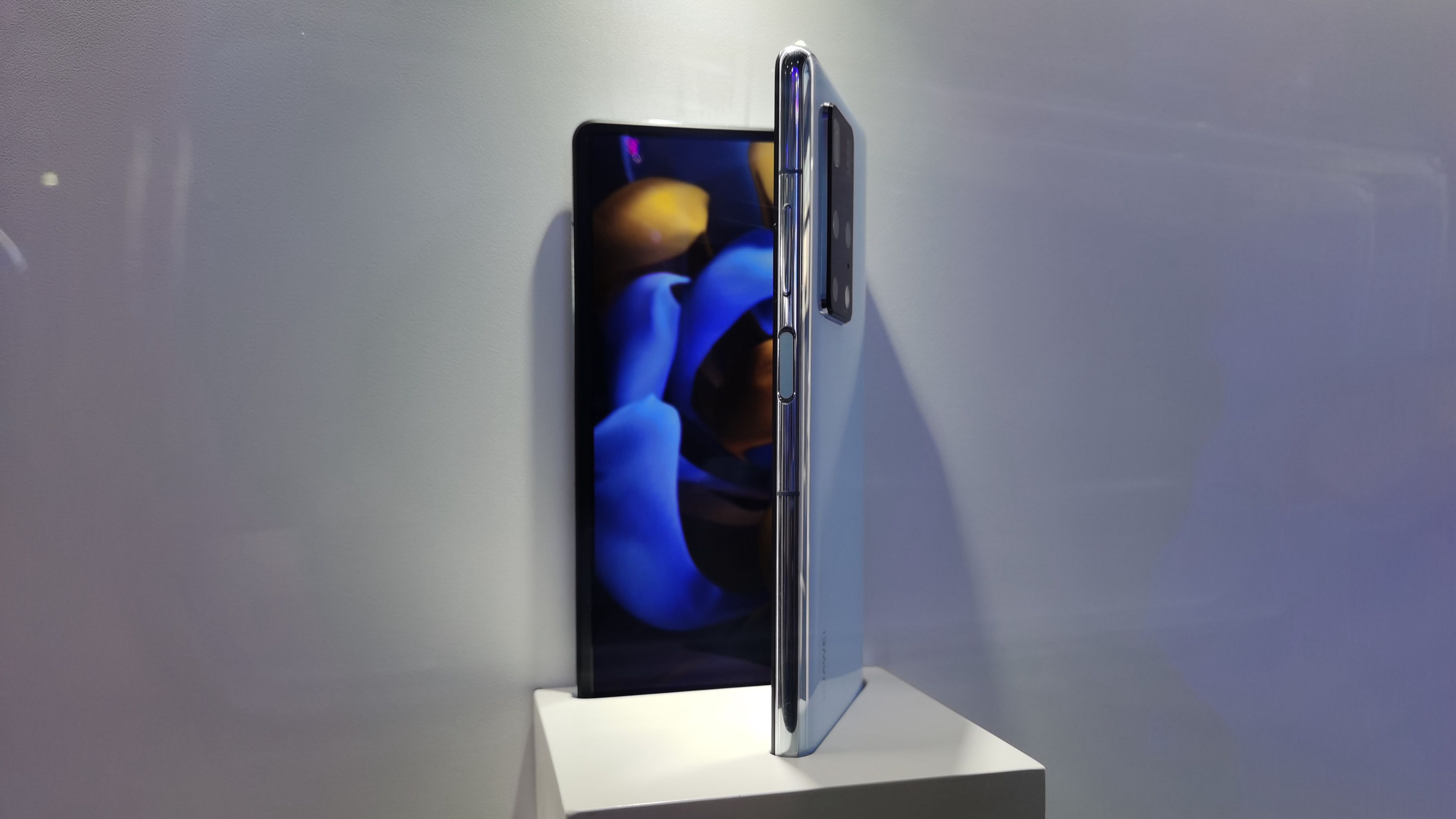 Huawei has unveiled its new flagship foldable smartphone, Mate X2, on Monday, nearly a year after the U.S. blocked the chipset supply to the company.

It's the third foldable smartphone from Huawei; the company had earlier released Mate X and Mate Xs. It's also the first major smartphone after the company sold its budget smartphone business Honor.

The new phone continues to adopt Huawei's own Kirin 9000 processor, the chip used in its Mate 40 Pro last year. The phone features two screens – a bigger screen measures eight inches on the inside and a 6.45-inch OLED screen on the outside serving as a regular phone when it folds. Both screens are slightly bigger than the 7.6-inch internal display and 6.2-inch external displays found on Samsung's Galaxy Z Fold 2.

It's embedded a 4,500 mAh battery that can be fast-charged at up to 55W. The handset costs 17,999 yuan ($2,785) for 256G version and 18,999 yuan for 512G. The phone has four colors available, including white, black, blue and pink. The official sale will start on February 25 nationwide. No international sale plan has been mentioned at the event.

The company also shared its latest news about its self-developed operating system, Harmony OS, which will be available for its phones starting this April. Mate X2 will be the first among them. 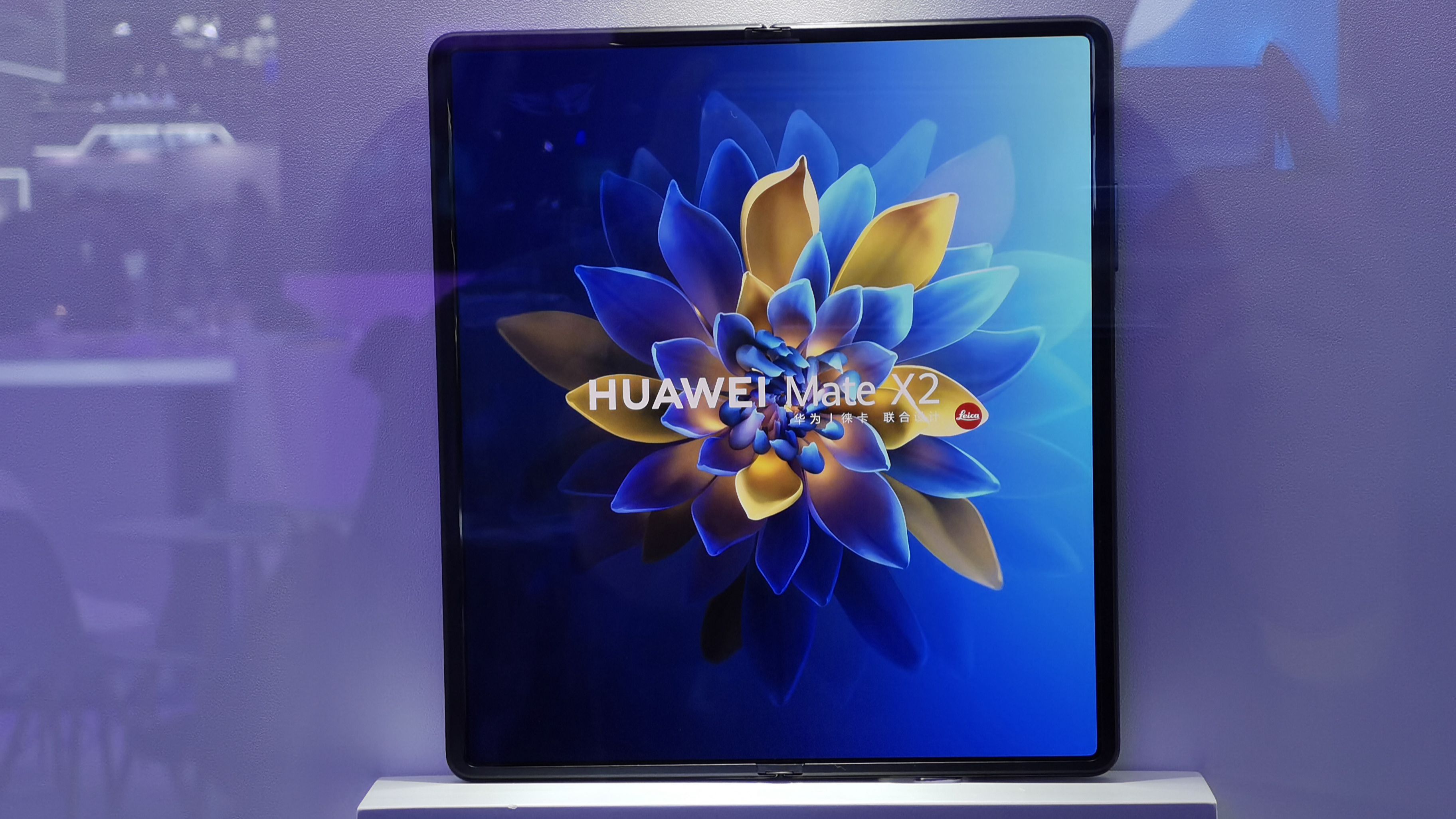 Yu said Huawei's foldable phone will not lose its flagship performance, "Huawei won't stop its efforts on developing and innovating fordable phones. We will have more diverse fordable phones for our customers."

Compared to Huawei's previous fordable handsets in which the display screen folds like a book cover, the new design change on the screen shows better protection for the screen, resembling Samsung's Galaxy Fold and Galaxy Z Fold2. The foldable screen technology is still evolving and the latest Huawei phone could be another testing ground for this feature.

Foldable phones are growing to attract innovation interest from the phone makers. Except for Huawei and Samsung, Apple also has begun early work on foldable screens, a potential strong rival to others, Bloomberg reports. Foldable phones sound cool as it can be used for a range of purpose, including entertainment, office work and games, but it may need further enhancement of its features to make it more user friendly.

Once the world's largest smartphone maker by shipment, Huawei was hit by a series of restrictions imposed by Washington for over a year, damaging the company's overseas business. The U.S. government forbids the Chinese tech giant's global suppliers from selling key components essential to assemble top-tier smartphones. The blacklisting also barred Huawei from receiving the latest Android operating system developed by Google, limiting the device's viability outside of China.

Huawei's worldwide smartphone shipment slumped over 42 percent year-on-year in the last quarter of 2020, while its key competitors, including Apple, Samsung and Xiaomi, all gained market share, according to the research firm IDC.

In China, Huawei's handset business faces growing challenges from local rivals such as Oppo and Vivo. The Shenzhen-based company sold its budget phone brand Honor to a Chinese consortium, hoping the spin-off could help the unit free of U.S. sanction. Honor's executive said in January that the newly formed company had resumed business ties with key suppliers.

Keeping the smartphone business alive carries significant meaning for Huawei because more than half of its revenue came from the consumer electronics unit, in which smartphone sales were the main contributor, according to Huawei's latest annual report.