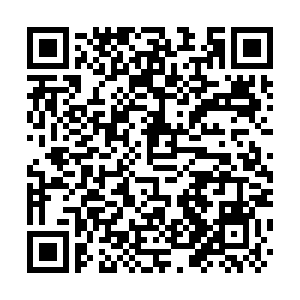 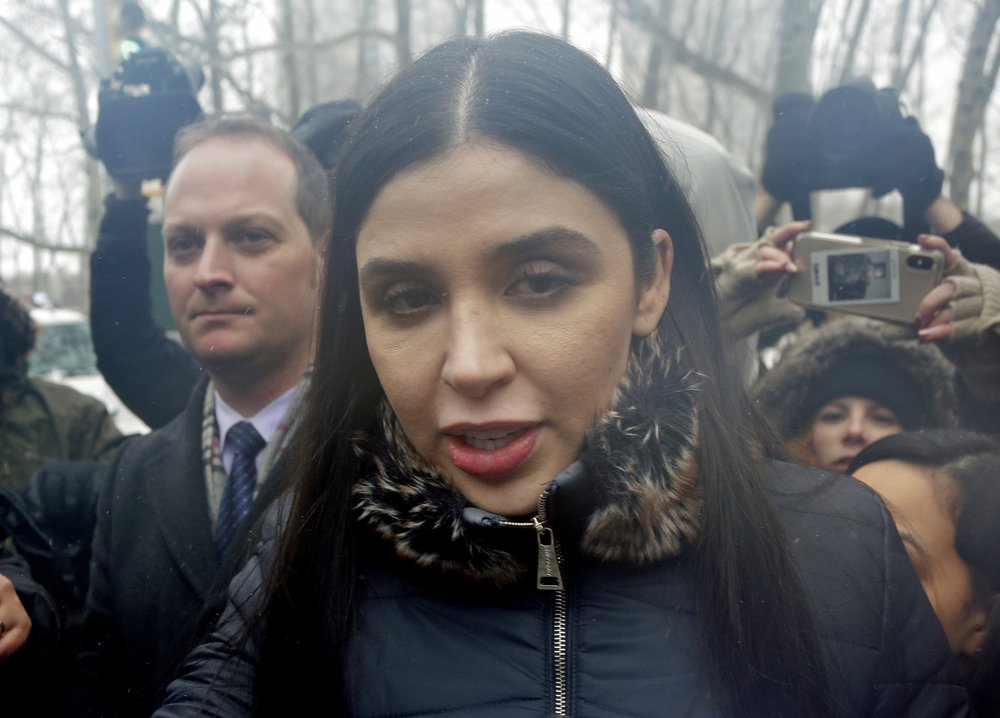 The wife of Mexican drug kingpin Joaquin "El Chapo" Guzman was arrested Monday at an airport in the U.S. state of Virginia on international drug trafficking charges, the Justice Department said, spelling out in detail how she helped plot her husband's escape from a Mexican prison.

Emma Coronel Aispuro, 31, who is a dual citizen of the U.S. and Mexico, was arrested at Dulles International Airport and is expected to appear in federal court in Washington on Tuesday.

She is charged in a single-count criminal complaint with conspiracy to distribute cocaine, methamphetamine, heroin and marijuana in the U.S. The Justice Department also accuses her of helping her husband escape from a Mexican prison in 2015 and participating in the planning of a second prison escape before Guzman was extradited to the U.S. in January 2017.

A lawyer for Coronel could not immediately be identified. It was unclear why Coronel was in the Washington area.

Coronel's arrest came two years after a celebrated trial in Brooklyn where Guzman, now 63, was convicted of trafficking tonnes of drugs into the United States as Sinaloa's leader, where prosecutors said he amassed power through murders and wars with rival cartels.

He was sentenced in July 2019 to life in prison plus 30 years, which the sentencing judge said reflected Guzman's "overwhelmingly evil" actions. Guzman was sent to ADX Florence in Colorado, the nation's most secure "Supermax" prison. 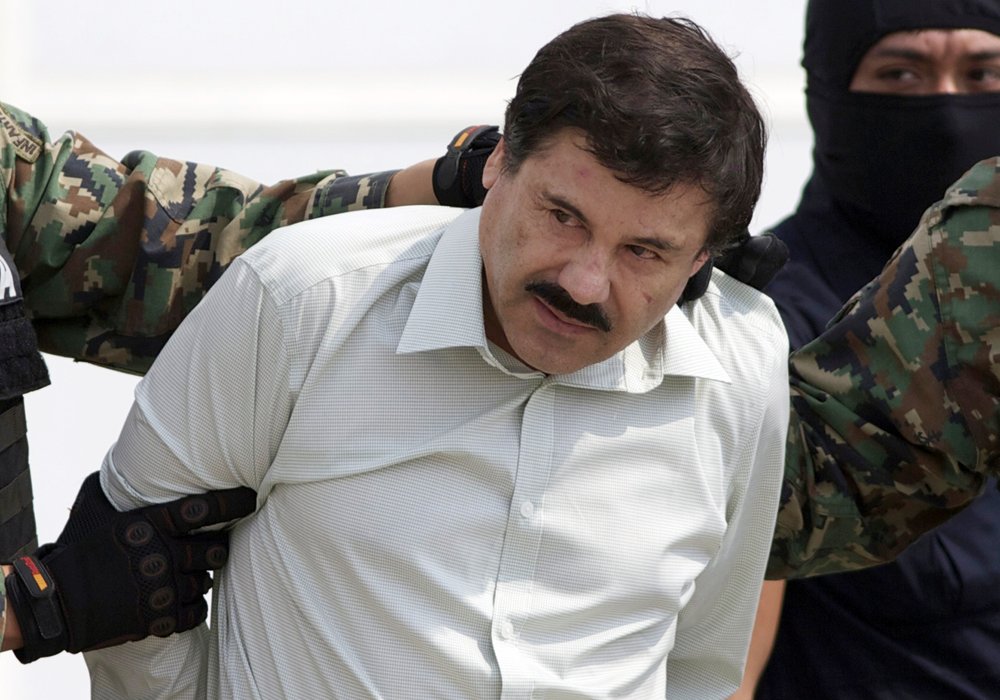 Joaquin "El Chapo" Guzman, the head of Mexico's Sinaloa Cartel, is escorted to a helicopter in Mexico City following his capture in the beach resort town of Mazatlan, Mexico, February 22, 2014. /AP

Joaquin "El Chapo" Guzman, the head of Mexico's Sinaloa Cartel, is escorted to a helicopter in Mexico City following his capture in the beach resort town of Mazatlan, Mexico, February 22, 2014. /AP

Coronel's father, Ines Coronel Barreras, was arrested in 2013 with one of his sons and several other men in a warehouse with hundreds of pounds of marijuana across the border from Douglas, Arizona. Months earlier, the U.S. Treasury had announced financial sanctions against Coronel Barreras for his alleged drug trafficking.

After Guzman was rearrested following his escape, Coronel lobbied the Mexican government to improve her husband's prison conditions. And after he was convicted in 2019, she moved to launch a clothing line in his name.

Mike Vigil, U.S.' Drug Enforcement Administrations former chief of international operations, said Coronel "has been involved in the drug trade since she was a little girl. She knows the inner workings of the Sinaloa cartel."

Tomas Guevara, an investigator in security issues at the Autonomous University of Sinaloa, said Coronel's arrest might be part of a "pressure strategy" to prompt cooperation from Guzman.

A Mexican official familiar with Coronel's case said her arrest appeared to be solely a U.S. initiative, and that Coronel was not wanted in Mexico.