Download
WTO to rule on U.S. ban on 'Made in Hong Kong' label
CGTN 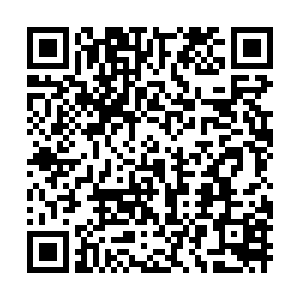 The World Trade Organization agreed Monday to establish a dispute resolution panel on the new U.S. rule that all goods imported from the Hong Kong Special Administrative Region (HKSAR) must be stamped "Made in China," AFP reported, citing a Geneva trade official.

The WTO's Dispute Settlement Body accepted a second request from Hong Kong to establish a panel "to rule on U.S. origin-marking requirements for goods."

Hong Kong made a first request for arbitration at the Geneva-based global trade body on January 25, but the move was blocked by the United States.

Under WTO rules, a second request is, in practice, automatically accepted. However, a resolution is far from near, as the settlement of trade disputes at the WTO usually takes years.

Then-U.S. President Donald Trump announced in July the end of the preferential conditions granted by Washington to Hong Kong, after China's application of its new national security law for the HKSAR.

A month later, U.S. customs announced that goods imported from Hong Kong would have to be stamped "Made in China" rather than "Made in Hong Kong." The new rule came into effect in November.

Hong Kong said the measures were inconsistent with a raft of WTO regulations including the rules of origin agreement and the technical barriers to trade agreement.

It described the requirements as "arbitrary, unilateral, unnecessary and unjustifiable."

Under WTO law, a member of the organization can be either a state or a separate customs territory within the boundary of a particular state.

A region within the territory of a state is called a separate customs territory if it possesses full autonomy in the conduct of its external commercial relations.

Bringing U.S. to WTO is a plausible option for Hong Kong SAR

"It should be pointed out that even if a WTO member state genuinely feels a separate customs territory has lost its autonomy in the conduct of its external commercial relations, the member state shall challenge it in the WTO litigation," said Kong Qingjiang, dean of the School of International Law at China University of Political Science and Law. "It is in no position to declare that the separate customs territory ceases to qualify by taking unilateral measures."