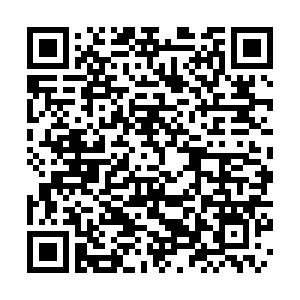 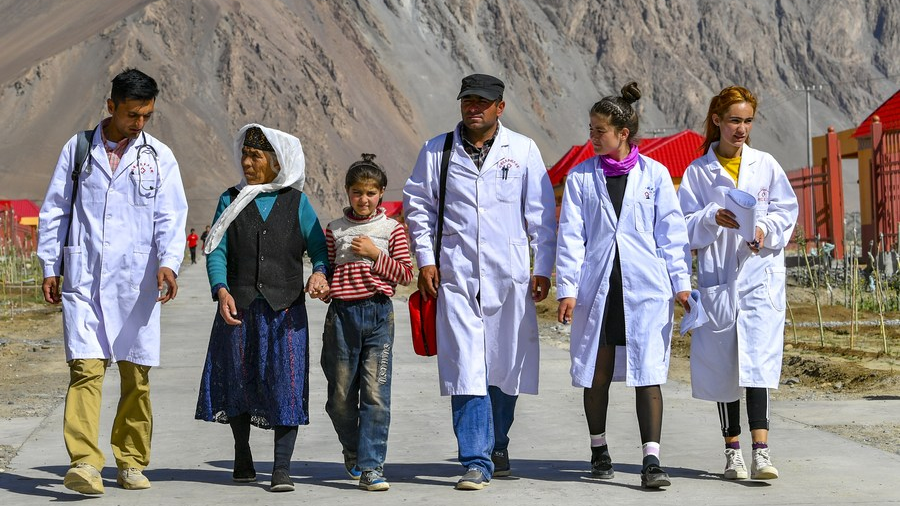 Canada's parliament has just passed a motion saying China's treatment of the Uygur population is genocide. Prime Minister Justin Trudeau and most of his Liberal Party abstained but the motion was backed by right-wing conservative members of parliament. The evidence presented to parliament included media reports, testimonies, and documents.

However, media reports when it comes to atrocity propaganda are often useless. The Western corporate media run by wealthy oligarchs clearly have an agenda that leads to reporting on "evidence" that supports their strategy. They have also been called out multiple times in the past.

For example, before the First Gulf War, a young Kuwaiti woman (as well as others) gave an emotional first-hand account, to congress, detailing how Iraqi troops ripped babies out of incubators. These all turned out to be fabricated tales cooked up between the mass-media itself and intelligence staff close to the White House. The young lady named Nayirah turned out to be the daughter of the Kuwaiti Ambassador to the U.S.

The "genocide" in Xinjiang's Mihrigul Tursun may well be the new "Nayirah." Her allegations were broadcast on CNN as she broke down in front of congress. She insinuated that one of her three children was killed by the Chinese state and Xinjiang women were given drugs to stop their menstrual cycles. However, Chinese exit and entry records show all three of Mihrigul's children left China. Furthermore, Mihrigul's mother has shown the world a photograph of her daughter with her "dead" son in Egypt.

Of course, one may well argue that exit and entry records are easily faked and photoshop can easily paste together two people. Indeed, this is true and so one must be wary of all the information and look into the motives of those, on all sides, who display evidence.

Looking beyond the emotional evidence in the Xinjiang genocide claims is the research, which all comes from Adrien Zenz. In his report on the subject, he also cites news stories and emotional testimonies. In addition, he uses the "Karakax List" to provide evidence that birth control violations are punishable by internment.

This excel spreadsheet, however, could have been made anywhere. Mehmut Wumrjang, the head of Moyu county in Hotan Prefecture of Xinjiang where most of the people on the list come from, claims the list is a fabrication made up by separatist forces in collusion with Zenz. He states that most on the list have never been interned.

As such, if one believes that social science is neutral, think again. Zenz's is sponsored by the Washington military-industrial complex funded Victims of Communism Memorial Foundation (VCMF). The VCMF has a clear imperialist agenda. It classifies all WWII NAZI deaths on the eastern front as victims of communism.

The VCMF has linkages through its board members with the now-disbanded Project for a New American Century think-tank. This think-tank was responsible for drumming up support for the Second Gulf War justified through presenting false evidence to Western politicians and the public.

Thus, Zenz's motives are suspect as they are driven by cold-war anti-communist bias. Consequently, one must further examine his evidence of genocide. Certainly, just like Nayirah's testimony, we cannot take it at face value. 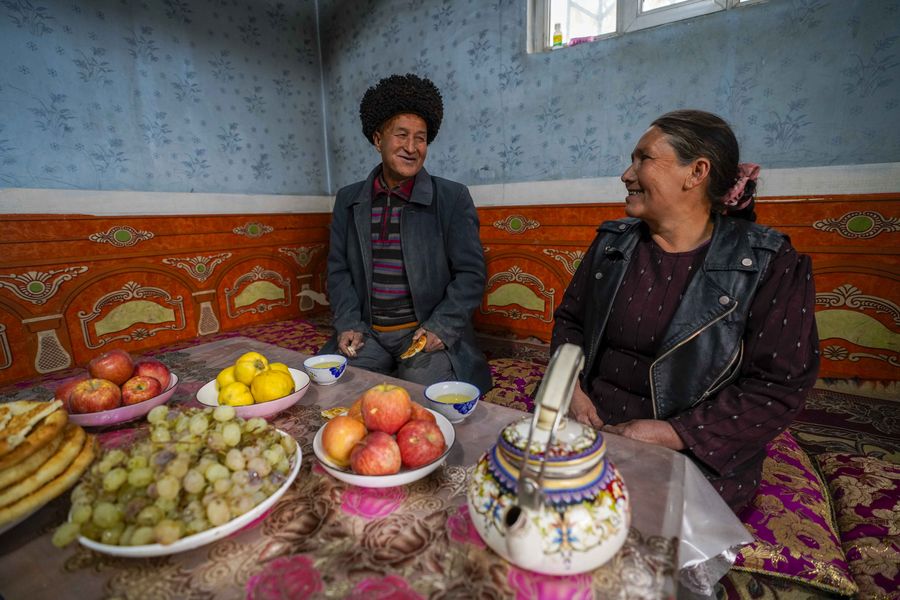 A man and his wife rest in their house at the Qushou Village of Saybag Township in Moyu County, northwest China's Xinjiang Uygur Autonomous Region, November 21, 2019. /Xinhua

A man and his wife rest in their house at the Qushou Village of Saybag Township in Moyu County, northwest China's Xinjiang Uygur Autonomous Region, November 21, 2019. /Xinhua

Lin Fangfei, associate professor at Xinjiang University, alleges that Zenz's report is full of inaccuracy and lies. For example, Xinjiang's natural growth rate of 6.13 percent has declined slightly but it is much higher than the national natural growth rate of 3.81 percent. Then, between 1978 and 2018, the Uygur population increased from 5.55 million to 11.68 million. Certainly, this growth does not accurately fit the description of genocide.

Furthermore, Lin claims documents describing natural population growth targets, in some districts, have been faked with decimal points conveniently moving one place over from 10.5 percent to 1.05 percent. Then the claim that 80 percent of all intrauterine device (IUD) placements were performed in Xinjiang also doesn't tally with the data which shows it is in fact 8.7 percent.

Chinese media have pointed to the blatant propaganda employed in Zenz's academic reports, which he illustrates with unrelated pictures to dramatize them. This is something I have also noticed myself when reading Zen's earlier report on Xinjiang's the vocational education and training centers, which have now been equated with "concentration camps."

My "spider-sense" was instantly ignited when I saw a picture of two policemen in front of a grim scene with barbed wire on a gate and rubble just behind it. This picture was described as the alleged "re-education camp."

Firstly, the two men were Uygurs which didn't fit in with the Uygur repression narrative. Evidently, whoever posted this picture hadn't had much contact with Uygurs themselves.

Secondly, the scene in the background looked more like a scrapyard, which was confirmed to me by a Uygur friend who translated the Uygur script above the gate.

When it comes to claims about Xinjiang, it would seem a narrative of "concentration camps" and "genocide" is being purposely constructed. Ironically, these come from sources sympathetic to nazis. Of course, the danger with making the claims of a Xinjiang genocide credible in the public and political consciousness is that it could also call into question the veracity of other historical atrocities.

Xinjiang has problems that are undeniable. For example, separatists with fundamental Islamic leanings have conducted a huge campaign of terrorism across Xinjiang killing thousands. However, Canada, a country founded on the destruction of tribal peoples, needs to be cautious of making unwarranted claims that more accurately describe their own history.

The fact is, Canadian politicians may feel they are acting for the wider good. However, so did those who supported the first and second Gulf Wars. The simple and undeniable truth is that truth itself is contested and the West does not have a monopoly on it.

Before coming to any knee jerk reaction, we must look into these claims more and not just at them. I can't help but think that deep down Trudeau, as a leader of a country founded on the genocide of tribal people, knows this too.