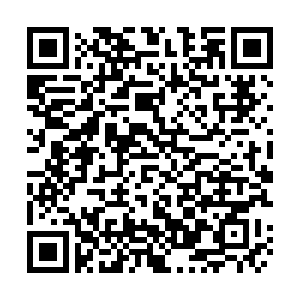 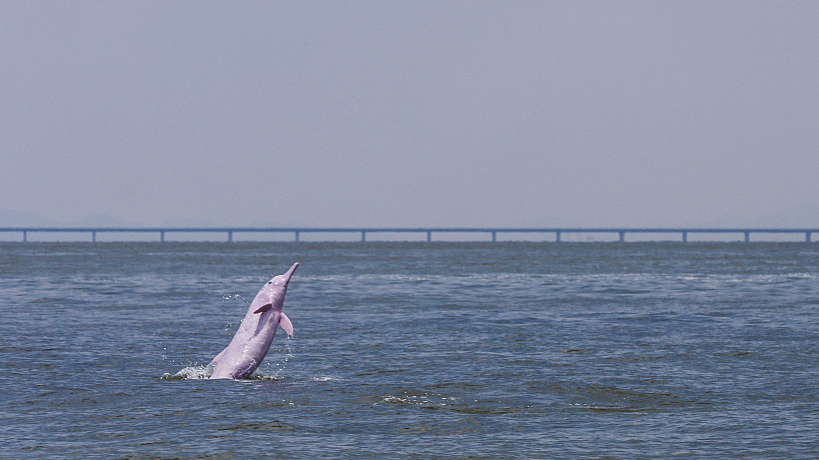 A couple of rare Chinese white dolphins were spotted on Sunday in the waters of a mangrove forest conservation zone in southeast China's Fujian Province, as a result of significant improvement of the ecological environment there over recent years.

White dolphins have slender bodies and silvery white skin. Hailed as "mermaids" and "giant pandas of the sea," this endangered species is under first-class state protection in China.

Staff members of the conservation zone, who have been observing Chinese white dolphins in the water area over the past few years, found that the dolphins appear in pairs from April to August every year. Compared with previous years, Sunday's sighting is the earliest spotting of the rare dolphins in the region.

The appearance of white dolphins has proved the region's improved marine ecological environment, as the species is highly sensitive to water quality.

Located at the mouth of the Zhangjiang River in Yunxiao County, Zhangzhou City, the Zhangjiangkou Mangrove Forest Conservation Zone has become one of the most diverse and best growing mangrove forests in China. In addition to Chinese white dolphins, many other rare wildlife have also been spotted there, including black-faced spoonbills and Chinese egrets.