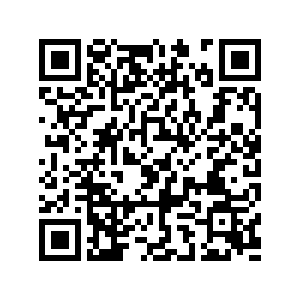 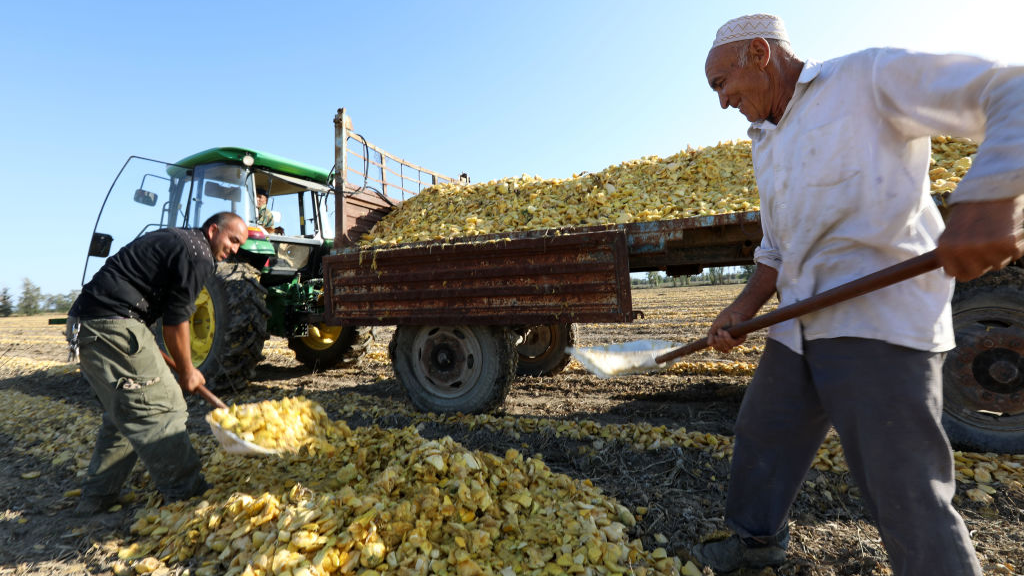 Editor's note: Adnan Akfirat is a representative to China, member of the International Relations Bureau of the Patriotic Party of Turkey and chairman of the Turkish-Chinese Business Development and Friendship Association (Turk-Cin Is Der).This article has been published in Turkish in Aydinlik Daily on February 12, 2021. The article reflects the author's opinions, and not necessarily the views of CGTN.

The U.S. is using Uygur separatism to destabilize China. The Joe Biden administration has launched a campaign of lies through IYI Party and HDP in order to drive a wedge between Turkey and China. Here is part two of the 10 imperialist lies and the facts with their evidence.

Fact: The Constitution of the People's Republic of China (PRC) and the relevant law stipulate that citizens have the right to learn and use standard Chinese speaking and written language. The government is obliged to provide the necessary conditions for learning Chinese. While promoting Chinese language education for ethnic communities, education is provided in the spoken and written languages of minority groups in accordance with the national curriculum plan for primary and secondary schools. Primary and secondary education in Xinjiang is conducted in seven different languages. Presently, kindergartens and primary and secondary schools provide bilingual education. Besides Chinese, children receive education in Uygur, Kazakh, Kyrgyz, Mongolian and Sibe languages.

Fact: Article 36 of the Constitution of the PRC protects Chinese citizens' freedom of religious belief and the right to worship. The classical and other religious books such as "Quran" and "Selections of Sahih from Bukhari" have been translated and published in Chinese, Uygur, Kazakh and Kyrgyz languages.

Xinjiang has the most mosques per capita for the Muslim population in the world. While the rate in Turkey is 1,000 people for each mosque, it is 500 people for each mosque in Xinjiang. Local governments at all levels in Xinjiang are constantly improving public services provided in mosques. The government provides the roads, water, electricity, and natural gas for mosques as a public service. Ablution facilities and flush toilets have been installed. Mosques are also equipped with medical services and electronic screens. Each mosque has shoe cover machines, lockers, computers, fans, air conditioners, firefighting equipment, and drinking water dispensers.

On the other hand, Muslims in China can freely make pilgrimages. Since 1996 except for the cancellation made due to the COVID-19 outbreak in 2020, the government of the Xinjiang Uygur Autonomous Region has organized special flights for pilgrimage every year, providing quality service at the entrance and exit. Also available are medical care, catering services, etc., to ensure regular and safe pilgrimage activities.

The Xinjiang Islamic Institute, headquartered in Urumqi, has eight branches in other cities such as Kashgar, Hotan and Ili, and there are 10 theological schools in the region, including a Xinjiang Islamic School. These schools enroll 3,000 new students each year.

All Muslims in Xinjiang fast in their own homes in accordance with their own creeds, laws and traditions. Fasting is seen within the scope of personal freedom. Local governments at all levels in Xinjiang are obliged to ensure the safety of both religious activities and celebrations during Eid al-Fitr and Eid al-Adha. Cemeteries and events that are required by believers, such as funeral prayers, burial and condolence activities, are under protection.

Fact: The Foreign News Service of Anadolu Agency, the official state agency of Turkey, insistently repeats this lie fabricated by American organizations. The Xinjiang administration explains that it has installed cameras in urban and rural public areas, main roads, transport hubs, and other public places to improve smart city management and effectively prevent crime. These measures do not target any ethnic group. It has been determined that the number of cameras per capita in Xinjiang is less than the rates in the U.S., England, Germany, France and the Netherlands. 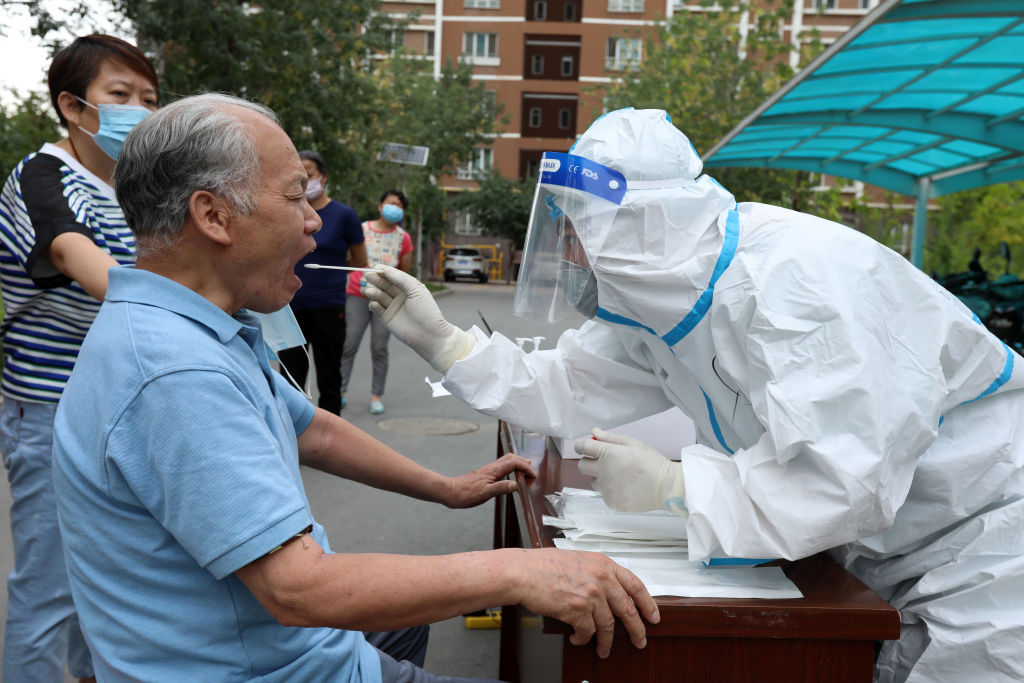 Fact: Entry and exit is free to Xinjiang. There is no ban for foreign media outlets in China to report on Xinjiang. Indeed, according to the Foreign Ministry of the PRC, more than 1,200 people from more than 100 countries and regions, officials from international organizations, diplomats, journalists and religious leaders have visited Xinjiang since late 2018. News reporters working for NTV, Aydınlık, AA, Milliyet, YeniSafak from Turkey visited the region. NBC reporters on September 3-7 in 2019 and BBC reporters in December 2020 went to Kucha County and other centers in Xinjiang.

The lies of Zümrüt Davut and Mihrigül Tursun that Pompeo talked about and who are shown as witnesses of the "persecution of the Uygurs" in the United States and truths about them are as follows: The BBC Newsnight program published that Zümrüt Davut was sterilized in a concentration camp. However, Zümrüt Davut had never been educated in the vocational education and training center. His brother, Abduhelil David, had explained this before.

Zümrüt Davut claimed on BBC screens that she was forced to be sterilized after being "released from a camp" and her uterus removed because she already had three children. However, she had signed a form to have a cesarean section and tubal ligation, and then the center conducted the operation. Her uterus had not been removed. She claimed that her father was repeatedly detained, investigated by the Xinjiang authorities, and recently died of unknown cause. Actually, his father had lived with his children until he died of heart disease on October 12, 2019. He had never been questioned or detained. The lies of Zümrüt were exposed by her brothers Abduhelil Davut and Erkin Davut.

On November 26, 2018, at a press conference at the National Press Club in Washington, Mihrigül Tursun, another perjurer, said that she was forced to take unknown drugs in a "concentration camp," and then she was diagnosed with infertility by American doctors. Two days later, she repeated the same lies in the American Senate with fake tears.

The reality is as follows: Mihrigul Tursun was detained on April 21, 2017, by the Public Security Bureau of Qiemo (Çarçan) District on suspicion of committing an ethnic hate crime and inciting discrimination. During this period, it was found that she had an infectious disease such as syphilis. On May 10, 2017, the District Public Security Bureau finalized the cautionary judgment against her. Mihrigul was completely free while in China, except for 20 days in detention. She was never sentenced to prison or forced to take drugs. She was not educated in any vocational education and training center. There are no records to show that sterilization was conducted in China.