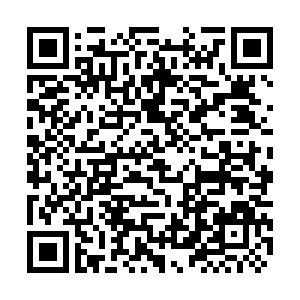 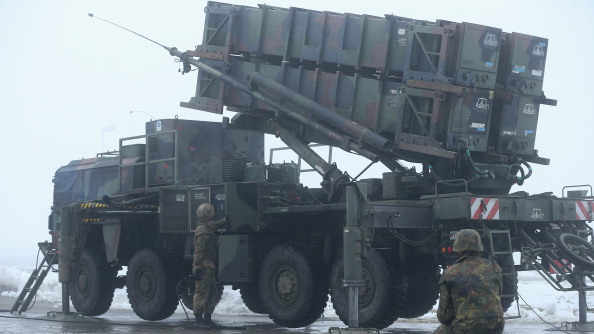 A new report commissioned by The Left group in the European Parliament - GUE/NGL illustrates the toll military action has on the climate and highlights the benefits of diplomacy and disarmament to the environment.

The "Under the radar: The Carbon Footprint of Europe's military sectors" study estimated the carbon footprint of EU military expenditure in 2019 was approximately 24.8 million tonnes of CO2 equivalents (tCO2e), the equivalent to the annual CO2 emissions of about 14 million cars.

Militaries are frequently exempt from publicly reporting greenhouse gas (GHG) emissions, meaning there is no consolidated public reporting for EU national armies and no overarching reduction targets, it stressed.

Still, solving the climate crisis requires "transformational action" across all sectors, including "the military, which remains high consumers of fossil fuels, not least through operating combat planes and warships, running military bases, procuring resource-intensive equipment, and carrying out war-fighting activities."

The study shows an inherent paradox in this issue. Even though the EU and NATO (21 out of 27 EU members are also NATO members) have net-zero targets set to 2050, military spending in those countries has been increasing due to the 2 percent GDP target set by NATO, technology modernization programs, and international deployments.

Higher military spending means resources are not being directed to tackle the climate crisis and that governments have more trouble achieving the European Green Deal target of net-zero by 2050. 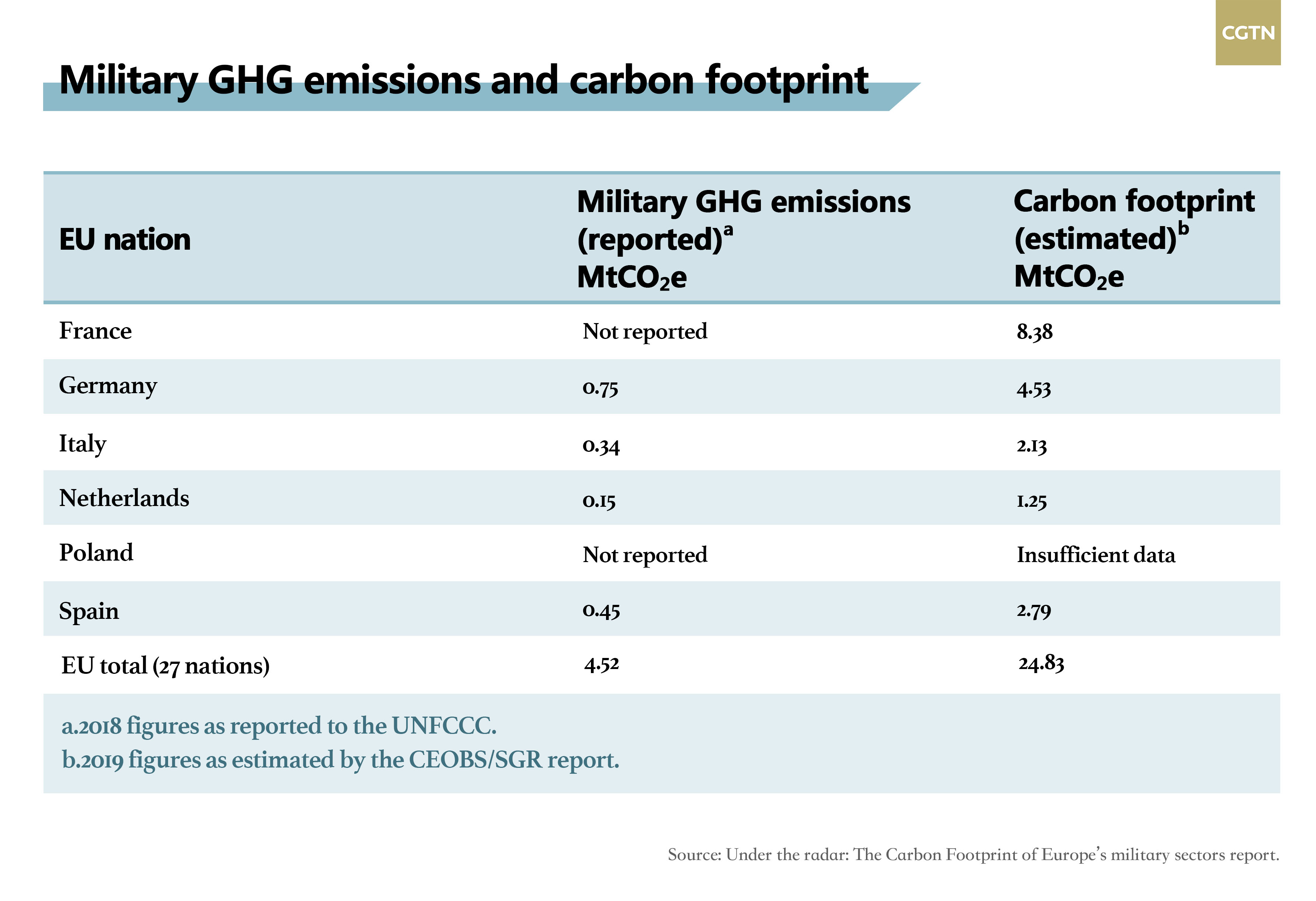 The analysis focused on the six largest EU countries in terms of military expenditure - France, Germany, Italy, the Netherlands, Poland, and Spain - and the EU as a whole, including industry sources.

"Military expenditure levels in 2018 for the top six EU Member States ranged from 0.9 percent to 1.8 percent of GDP. Military expenditure is at least 162 billion euros for the EU in total," the study by Stuart Parkinson, executive director of Scientists for Global Responsibility (SGR), and Linsey Cottrell, environmental policy officer at the Conflict and Environment Observatory (CEOBS), noted.

Considered one of the largest militaries in the world due to its navy and air force, France's expenditure increased 11 percent between 2014 and 2020, when it reached 46.2 billion euros, representing 2.11 percent of the GDP. 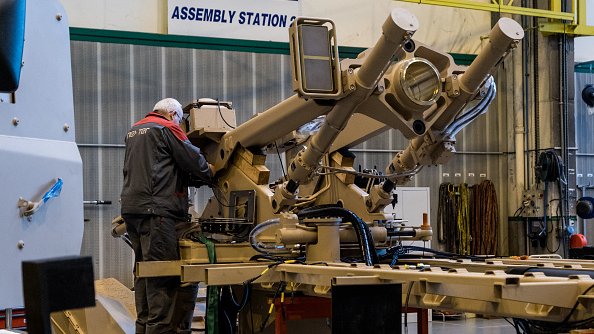 Without specific data about Poland, the investigators were unable to estimate total military GHG emissions.

The rapid expansion and modernization of the Polish military structure led to a bump of 42 percent in military expenditure between 2014 and 2020 due to perceived security concerns about neighboring Russia and NATO spending targets.

The only data from Poland comes from leading international corporations manufacturing military technologies. State-owned PGZ (Polish Armaments Group) is the biggest defense company in the country, employing about 17,500 people, but it doesn't reveal its GHG data, hence the estimate (nearly 2.1 million tCO2e) attributed to the polish arms industry is only a small percentage of the overall.

When it comes to military technology corporations in the EU, PGZ (based in Poland), Airbus, Leonardo, Rheinmetall, and Thales are estimated to have the highest GHG emissions. 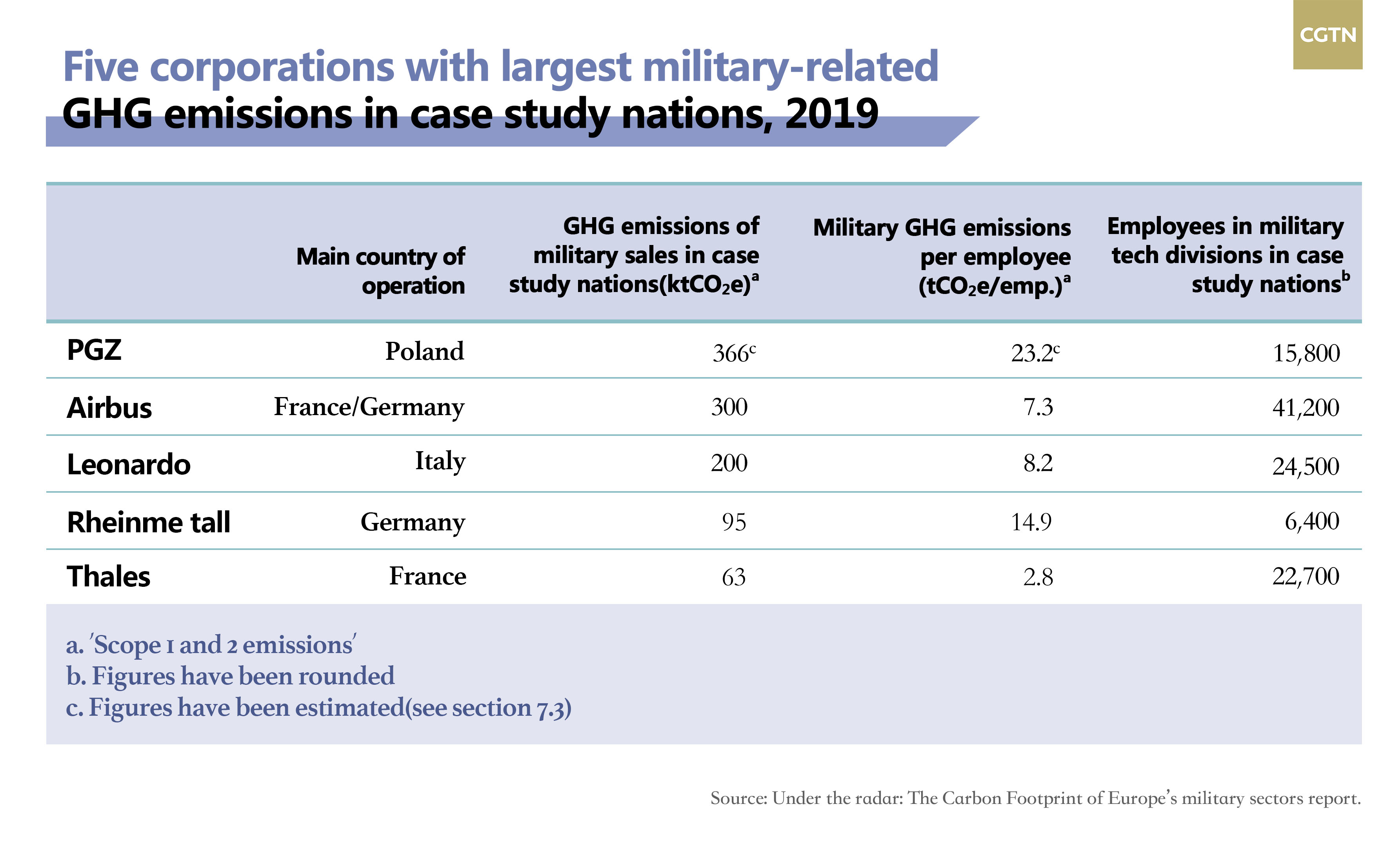 The study noted that overall data was a conservative estimate because "transparency and accuracy of GHG emissions reporting … were found to be low, and key deficiencies in the data were identified for all six countries assessed."

"National security was often cited as a reason for not publishing data," the authors wrote, dismissing it as an "unconvincing argument."

The researchers admit there are some initiatives supporting changes to lower-carbon energy use in the military, but it is hard to measure its effectiveness without full reporting.

As a solution that would benefit both the environment and civil society, the investigators suggest governments urgently review national and international security strategies to reduce the deployment of armed force and therefore reduce GHG emissions.

For them, there should be a refocus on "human security" to transfer resources into resolving the "roots of insecurity," namely poverty, inequality, health issues, and environmental degradation.

"With campaigns to #BuildBackBetter following the COVID-19 pandemic, there should be much greater pressure on the military to ensure that their activities are consistent with the UN climate goals and biodiversity targets," the researchers said on a CEOBS blog post.