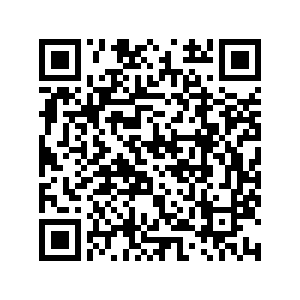 Editor’s note: By the end of 2020, China was able to remove all of its counties from the poverty list, eradicating absolute and regional poverty. CGTN reveals how this mission was accomplished through the story of Liu Chang’an, CEO of Kaida Hengye, a food processing company in Beijing. Liu is also one of the national honorary title recipients for their contributions to the poverty alleviation work.

What is Poverty? It is a trap, a trap of resources, finance and even thinking. It keeps the poor from moving ahead because nobody knows what to do or where to go.  China once stared at poverty in the face.

Back in 2013, China had 832 impoverished counties – they covered half of the land. Most of the 100 million poor were farmers. They lived off the land, but were also tied to, and limited by the land.

Since 1970’s China reformed its economy. The poor found better jobs in cities with strong manufacturing. Market did most of the heavy lifting in poverty relief. Extreme poverty dropped from 88 percent to 1.8 percent. But the remaining hurdles proved the hardest.

For farmers trapped in poverty, they needed help, and they finally found it, or should I say they were found by people not far away, but quite ready to make a difference.

Liu Chang'An is one of those. He ran a food processing business in Beijing,  a provider for brands like Walmart and Costco.

In 2015, he answered the call to help in Ulanqab, 200 kilometers north in Inner Mongolia where he knew nobody but he knew half of the people there were extremely poor.

"Ulanqab is the potato city of China. It produces 4 million tonnes of potatoes every year. And we make potato into food," said Liu.

But reaching out to help was not as easy as he planned.

Liu Chang'an said: "Many locals questioned our motivations or doubted if our efforts would make any difference at all."

But 5 years and 1.5 billions dollars of potato sales later, nobody doubted his philanthropic ambitions or managerial skills. The chips made out of Inner Mongolian potatoes are being exported to 30 countries in the world.

And then the potatoes of those Inner Mongolia farmers ended up in those cabins and become more profitable chips. Poverty relief is never somebody going at it alone. It is a combination of philanthropy and ingenuity. It is a marriage of a good heart and smart moves.

In fact, the poor people have the resources, they simply need to jump the wall of communication and cooperation. And there is always people who can serve up the ladder.

Under China's policy of "East-West Pairing-off Cooperation," more than 300 developed cities and counties in the wealthy east reached out to the 570 poor counties in the west. This is China’s Frontier Exploration in the 21st Century only it is a grander and wider.

And the help came in many ways, some provided finance, some helped with skills, and some sent in their doctors and teachers. It is not just a win for the poor but also the helpers. As Mr Liu told me, he felt proud to be part of the project and happy to expand his universe. As of November 2020, 832 counties in China were no longer impoverished.

You may ask if it has to do with me? it does. Maybe the Chinese practice can not be copied everywhere, but the idea can. Seek help and be open minded. Talk to your councilors, mayors, businesses and charities, try to connect the poor with the better.

Poverty and inequality is a human problem, it will haunt us all, be they in China, Africa, Europe or America. The Chinese have not cleared all the hurdles, but they know a way and they have the will, so will others in the world.Brett Rierson, China representative for the World Food Program said, China is a good model for how to reduce poverty.

Connection is the greatest equalizer in the world. We may have different systems and cultures, but all all share the aspirations to be better and richer. We can enlighten, elevate and enrich each other by staying connected.