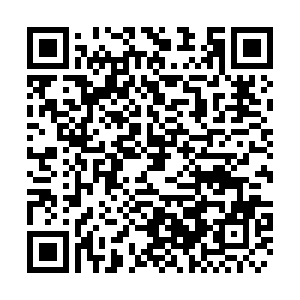 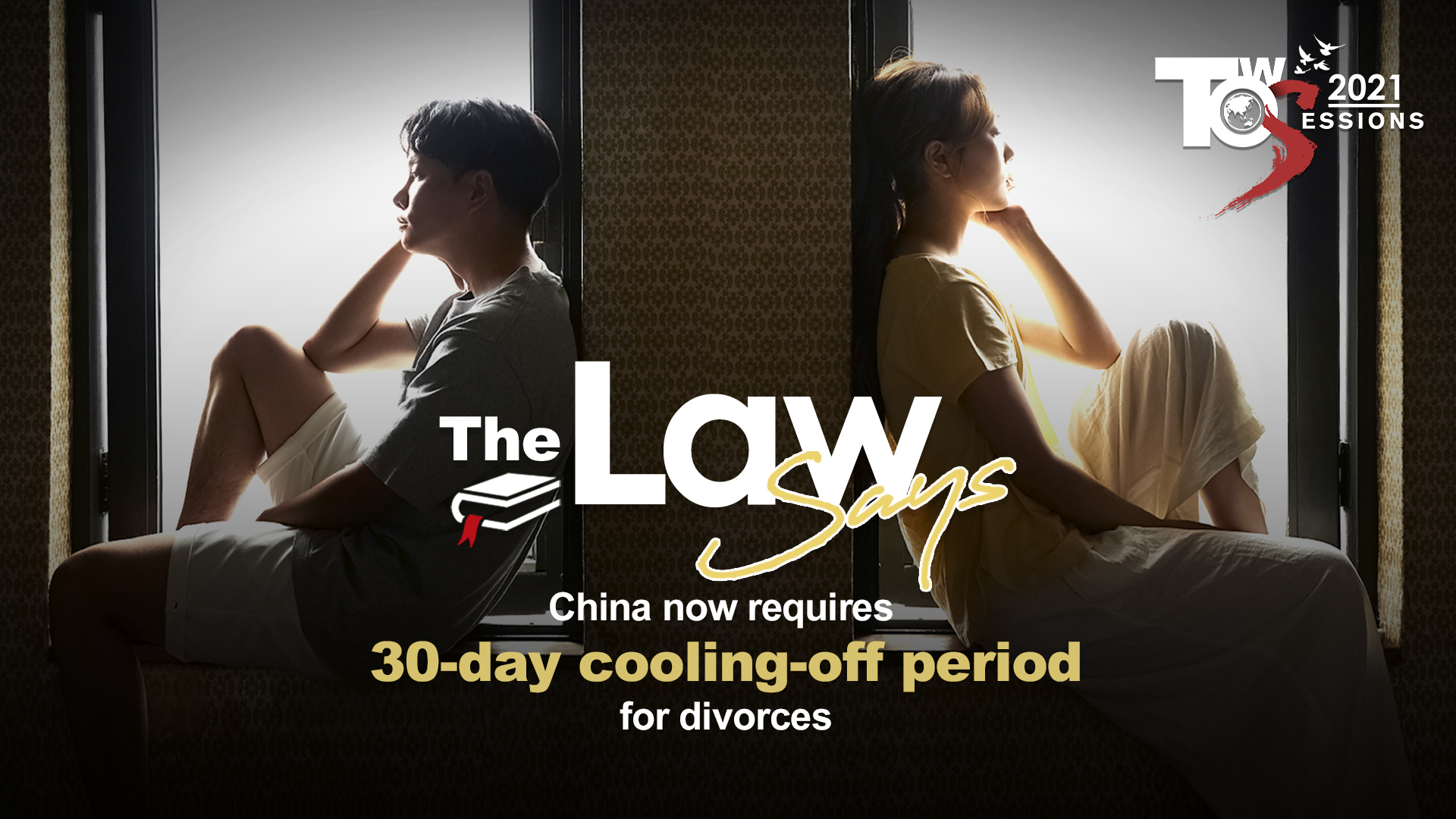 (Editor's note: "The Law Says" is a CGTN original series that hopes to provide a better understanding of China's Civil Code – adopted on January 1, 2021 – through the eyes of legal observers and ordinary Chinese people.)

Marriages don't always work out for a lot of reasons. In some extreme cases, one may experience domestic violence, and likely want a divorce as soon as possible.

But after China adopted its very first Civil Code on January 1 this year, the country added a mandatory 30-day "cooling-off period" for uncontested divorces.

Under Article 1077 of the code, after a couple applies for divorce, either spouse could withdraw the application within 30 days of filing.

The application is also deemed withdrawn if the couple does not show up to their local civil affairs bureau to request a divorce certificate within 30 days after the cooling-off period expires.

According to officials, the move came as part of efforts to reduce impulsive divorces. 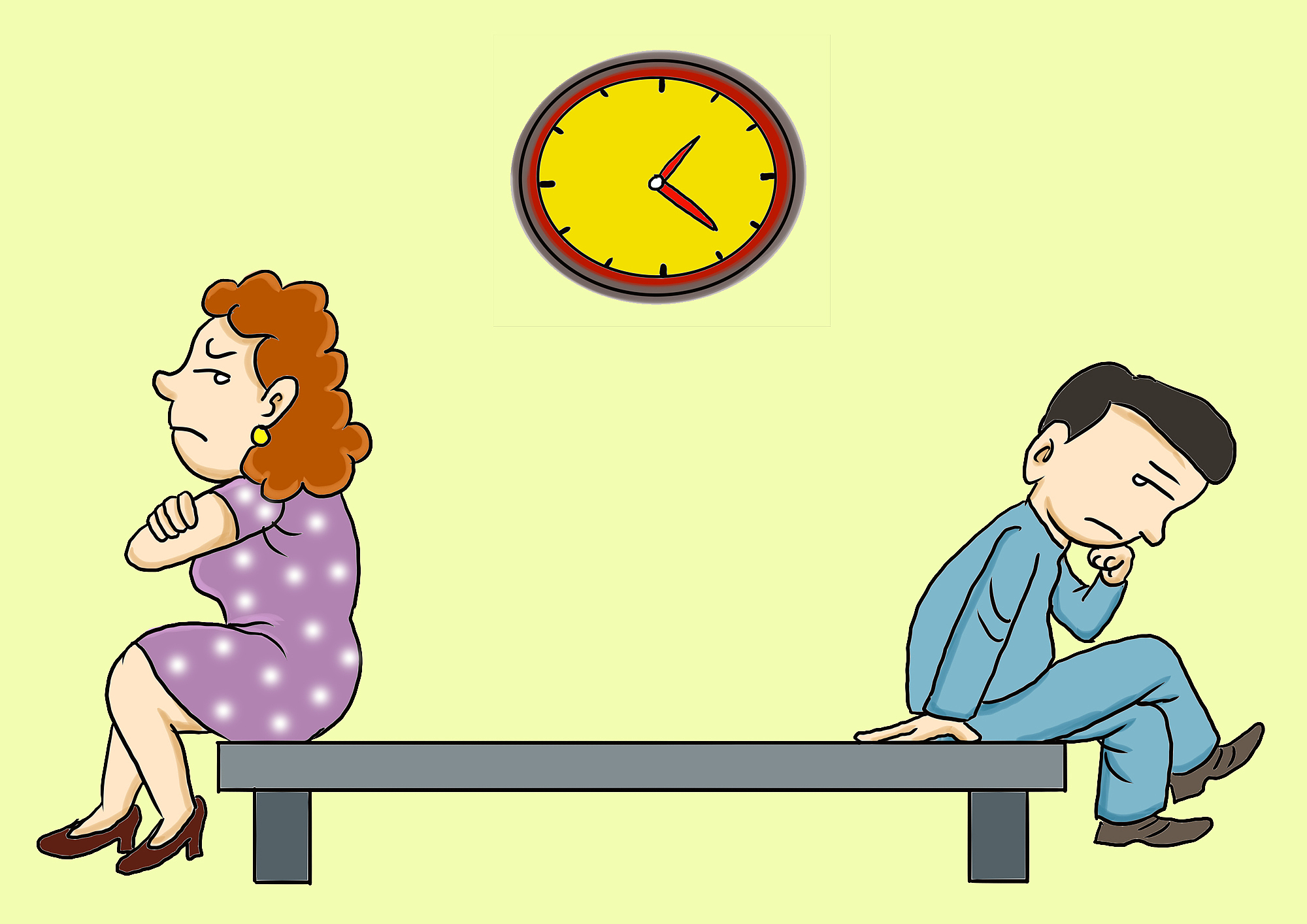 Additionally, the peak time for couples to file for divorce is in the third year of marriage, as a report by China's Supreme People's Court shows. That is still in the early years of marriage.

"Our past registration process [for divorce] is way too simple. Both parties only need to go to the registration bureau once," said Yu Fei, dean of School of Civil, Commercial and Economic Law at China University of Political Science and Law, believing many young couples may choose to separate on a whim.

"They might regret their decisions the moment they walk out of the door [of their local marriage registration bureau]. But at that time, it'd be hard to get back to their previous relationship."

"Marital decisions are made fast these days. If they want to get married, they get married immediately. Divorce, too. It's good to take some time and think," one pedestrian told CGTN in a street interview last week.

A lot could happen in 30 days

While some argue that couples should think long and hard before separating, others argue that the waiting period could raise the emotional or even physical costs for some seeking divorce.

"To get married requires you to be an adult, who can be responsible for their decisions," said another pedestrian in a street interview. "I personally don't understand why the country would demand [the waiting]." 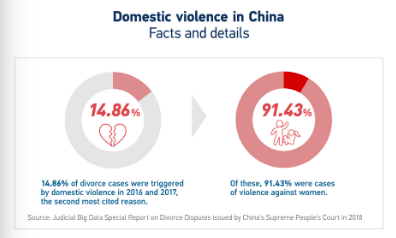 A lot could happen in the 30 days – at the extreme end, this could mean more violence, or it could mean one party chooses to withdraw the divorce decision, regardless of the other one's strong desire to separate.

"Very often the other party would regret their decision [to agree the divorce] during the waiting period. Plus, they would not go to the local marriage registration bureau for a second time [as the law requires], said Feng Yuan with Chinese Women's Research Society, and founder of Beijing-based NGO Equality, which advocates for women's rights – especially those who have experienced domestic violence.

"So in the end, the divorces won't be made possible."