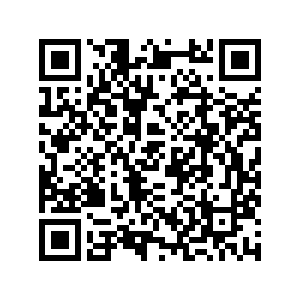 Chinese President Xi Jinping called for more cooperation with France in Central and Eastern Europe in a bid to further promote China-EU cooperation, during a phone call with French President Emmanuel Macron on Thursday.

Recalling their five phone calls in 2020, Xi said bilateral ties were strengthened and the consensuses they had reached had been well implemented.

In 2021, the two sides should actively push for continuous progress in such areas of practical cooperation as energy, aviation, agricultural and food products, Xi added.

Taking note of Macron's strong call for strategic independence of the European Union (EU), Xi stressed that China believes a stronger Europe is conducive to peace, stability and development of a multipolar world, and to boosting cooperation between the two major forces of China and the EU to jointly tackle various global challenges.

The two sides, he added, should work together to make good preparations for the series of important political events between China and the EU in the next stage.

Recalling that at the end of last year, China and the EU jointly announced the completion of China-EU investment agreement negotiations, Xi called for concerted efforts to put the agreement into effect at an early date.

Xi emphasized that as permanent members of the United Nations Security Council and as responsible major countries, China and France should continue to champion multilateralism and inspire global efforts to uphold equity and justice, coordination and cooperation, as well as openness and inclusiveness, so as to make due contributions to achieving an early victory in humanity's fight against COVID-19 and promoting world peace and development.

He noted that China has offered COVID-19 vaccine aid to more than 50 developing countries and stands ready to work with France to support the World Health Organization's role in international cooperation against the pandemic, and actively participate in the Access to COVID-19 Tools Accelerator initiative and the COVID-19 Vaccines Global Access Facility.

Macron spoke highly of the development of France-China relations, adding that he is willing to make joint efforts with the Chinese side to promote bilateral cooperation in key areas and actively promote exchanges and cooperation between Europe and China.

He said he hoped the two sides will make joint efforts for an early entry into force of the EU-China investment agreement.

France appreciates China's contributions to the global fight against COVID-19, particularly its efforts to make vaccines accessible to other countries, said Macron.

He added that France is ready to strengthen communication with China in international affairs, and looks forward to working with China to encourage the international community to roll out debt relief and suspension for Africa and help the continent achieve economic growth.

France also stands ready to continue its close cooperation with China in tackling global challenges such as climate change and public health, he said, adding that his country supports China in hosting the upcoming UN Biodiversity Conference.