Download
From the soil: Facing the sea with spring blossoms
In the Field 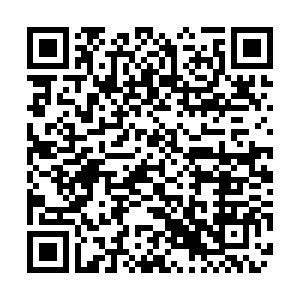 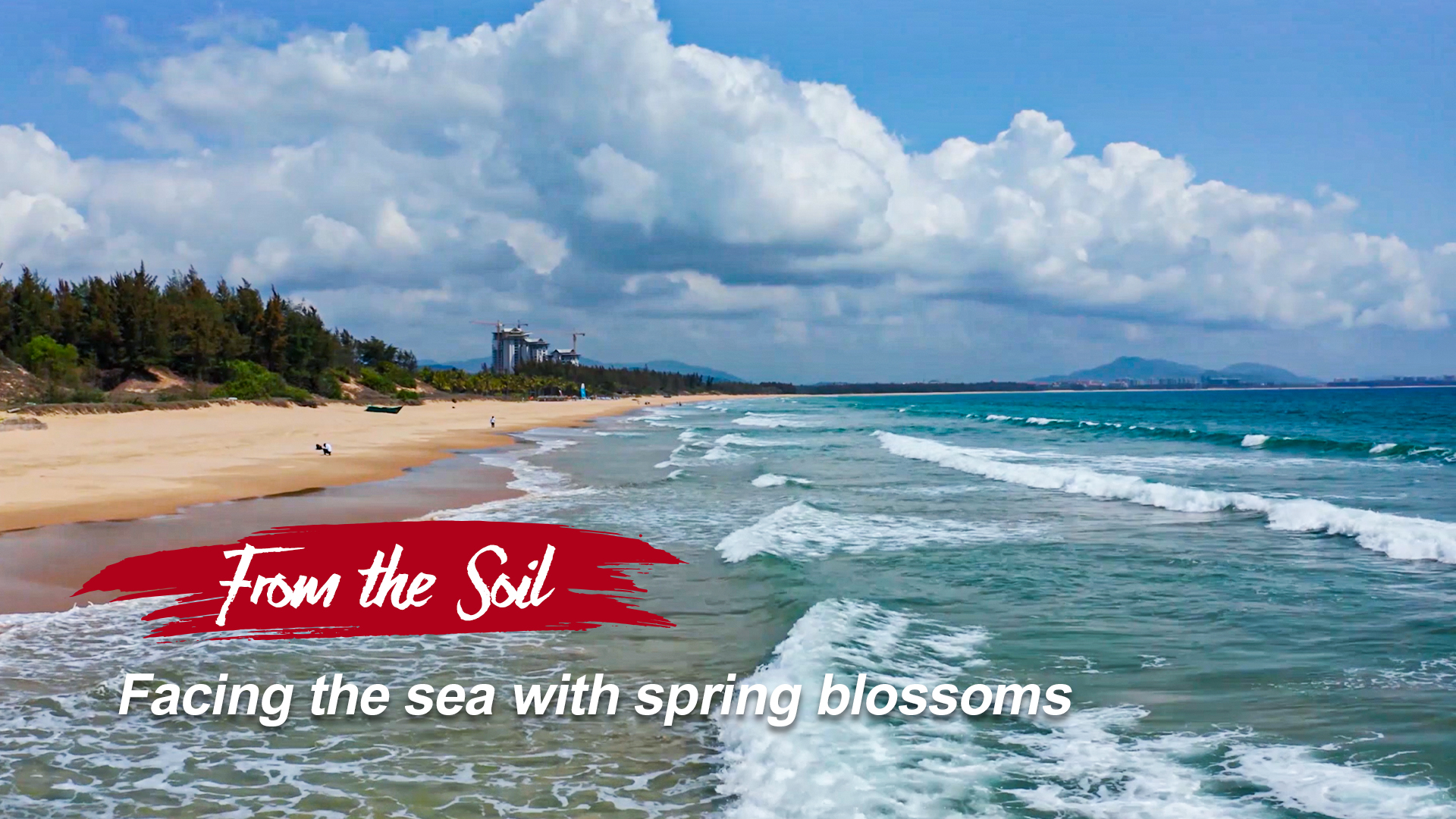 Editor's note: In the video series "From the Soil," CGTN has invited development experts to visit China's rural regions to investigate the methods used to reduce poverty and examine whether they can inform global poverty alleviation work. In the eleventh episode, Tom Wolters, a United Nations consultant, goes to Haikou to discover how much power education has in eradicating poverty. The views expressed in the video are his own and not necessarily those of CGTN.

I'm walking here, a long wonderful bay, a hidden bay. So it's no wonder that here, in this island, tourists are flocking. It's a booming industry, and it will make many people richer. But is it all the people? Also the people up in the mountain?

Hainan is known for its sunny beaches and modern buildings. Its harbor is crowded with luxury yachts. But the outside world doesn't know that the villages surrounded by mountains in the central part of the island don’t reap the blessings of the sea. This imbalance has not only restricted the development of industry, but also affected the distribution of educational resources and the modernization of people's ideas. What this means is that you have developed coastal areas that left extremely poor villages in the mountains trailing far behind. How can this gap be breached?

Yang Qiu, a villager from Diaolou Village, took me to his home over a long path.

The decision to send his daughter to school changed the fortunes of the family. It was the daughter who worked in a coastal city near her home, who gave the family new hope with the money she earned. What was Yang thinking?

"In this day and age, you can't do without education. I want to send my children to school no matter what, so that they can learn something useful. I don't want them to be like us and go down the same road as we did. I want to change their lives and make them better than we are," said him. 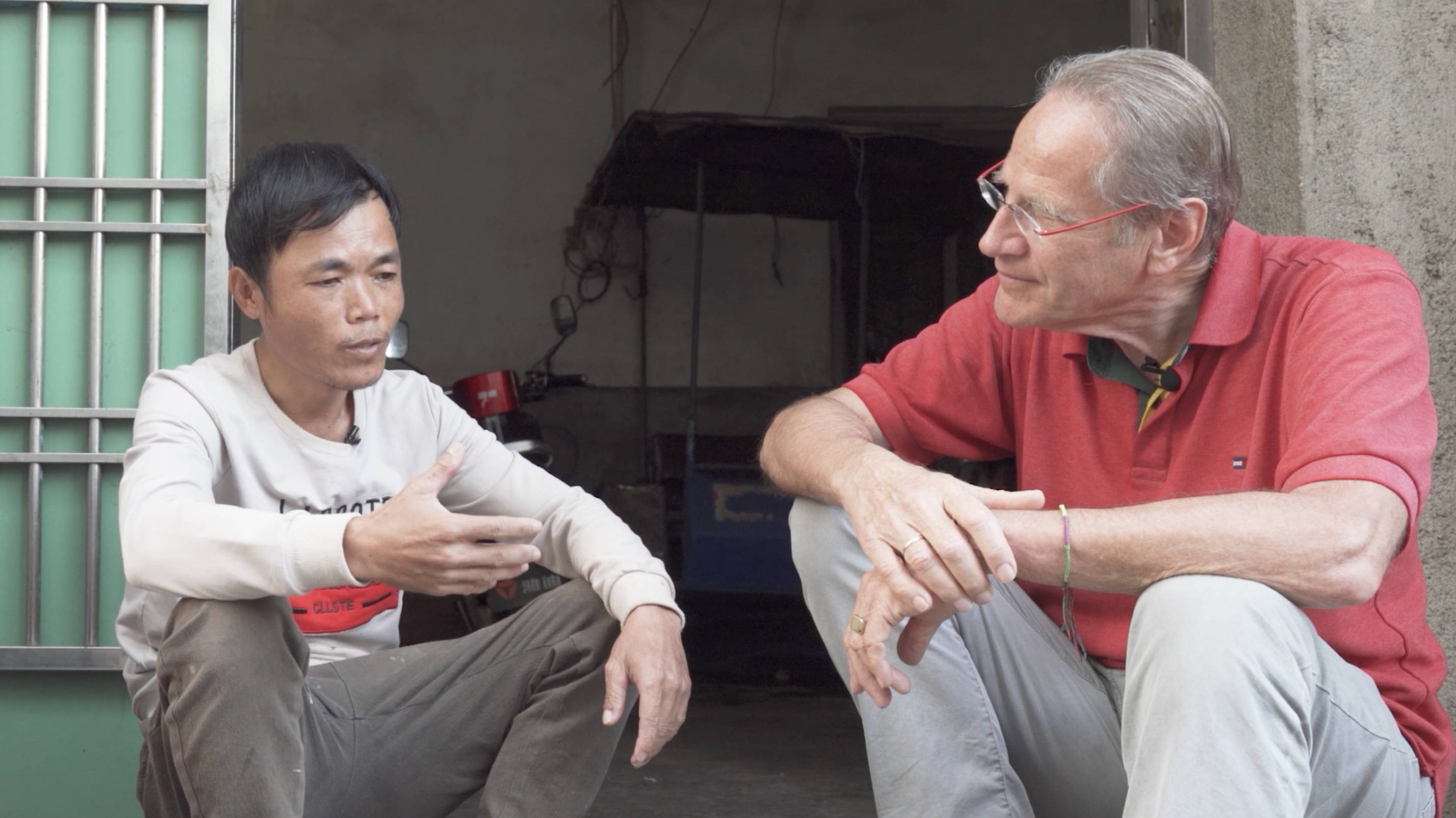 Here, girls don't seem to be discriminated against because of their gender. In China, children are regarded as flowers, and education is now helping these flowers blossom more beautifully and in starting to own their own dreams.

The clear eyes of the little girls made me wonder how much education would change their lives, and whether it would be an effective poverty eradication method. So I went to Yang Huanhuan, Yang Qiu's daughter.

After graduating from school, Yang Huanhuan chose to work in a restaurant recommended by her school. Now she manages a take-out food area independently in the restaurant.

Yang got the job because of her vocational school. To help these girls, the school works with local businesses to provide them with jobs. Chen Dagui, the director of Sanchu Xinhaifu, tells me much planning went into this endeavor: "First, we cultivate talents for enterprises, and second, help financially disadvantaged students with employment."

For these girls, they don't have to be far away from home to earn money quickly and help steer their families out of poverty. They can also support their younger siblings to go to school, which is great. On the other hand, in Hainan, the shortage of talent required in developed coastal areas has been solved by the arrival of students from poor areas, and the development contradiction caused by geographical differences has been alleviated. 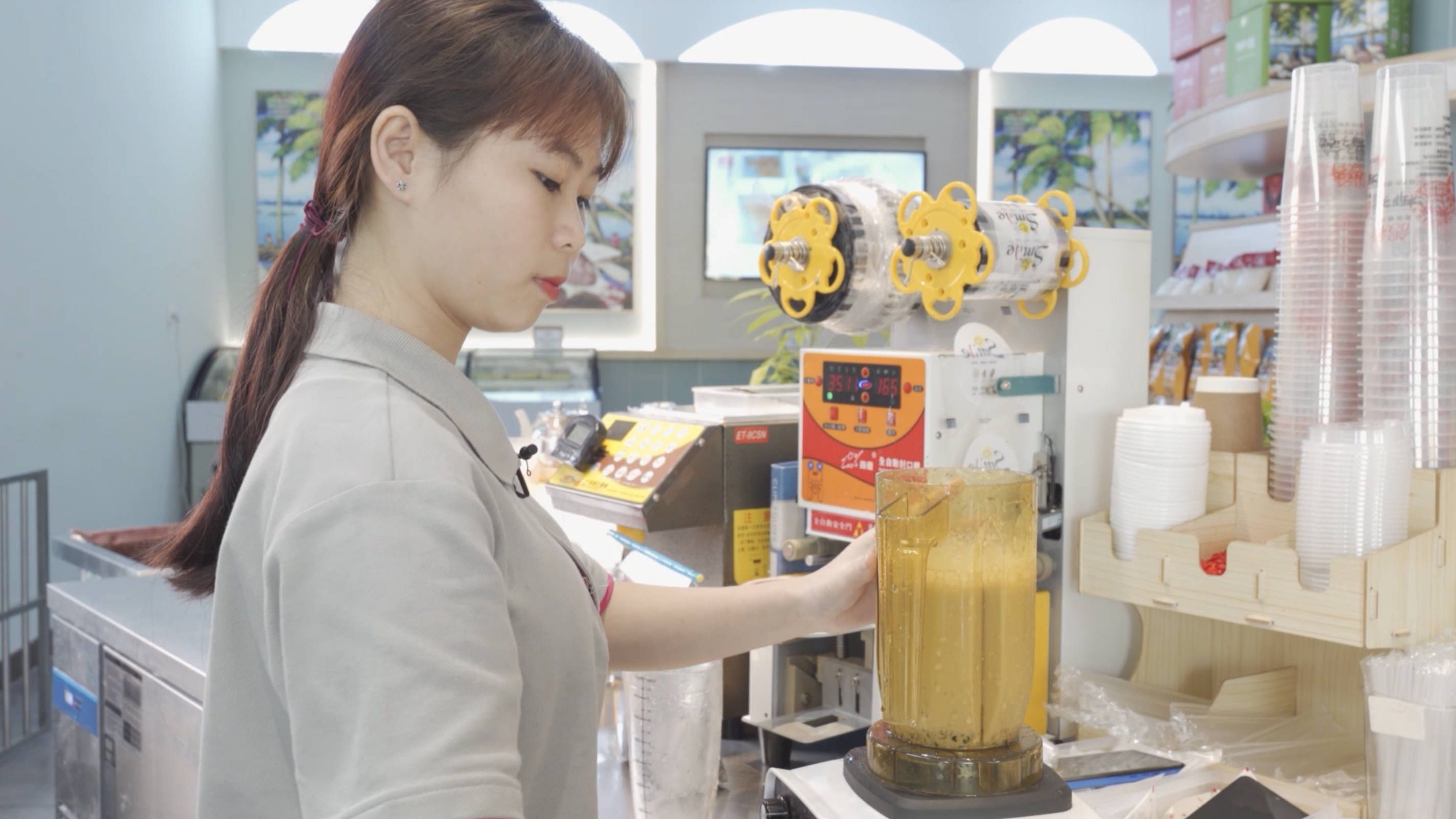 Yang Huanhuan works in a restaurant in Haikou in south China's Hainan Province.

Yang Huanhuan works in a restaurant in Haikou in south China's Hainan Province.

That's the kind of difference education can make. Let's go to school and find out how they do it. Headmaster Yuan then went on to tell me about the process of how education can help girls lead their families in poverty alleviation. "In 2009, the school needed to recruit students. We sent some teachers to villages in Hainan Province to conduct a survey, and they found that many girls in remote rural areas, due to poverty and a poor learning foundation, didn't attend high school after graduating from middle school. So they entered society early. Because they had neither labor skills nor unstable work, they often returned to the countryside, married early, and started new families that were just as poor. "

The power of schooling can actually enable these girls to leave the mountains and experience a happy life while at the same time helping their families improve their living standards. I guess the establishment of an educational poverty alleviation model is inseparable from the guarantee of teaching quality.

So we now heard the fascinated story about these girls' education. But now we should have a look at the classrooms and how they do the study! Wu Danna, the teacher here told me how the system works: "Our students generally spend three years from the time they enter school to the time they graduate. Two years are spent in school. The third year is an internship in a company. " 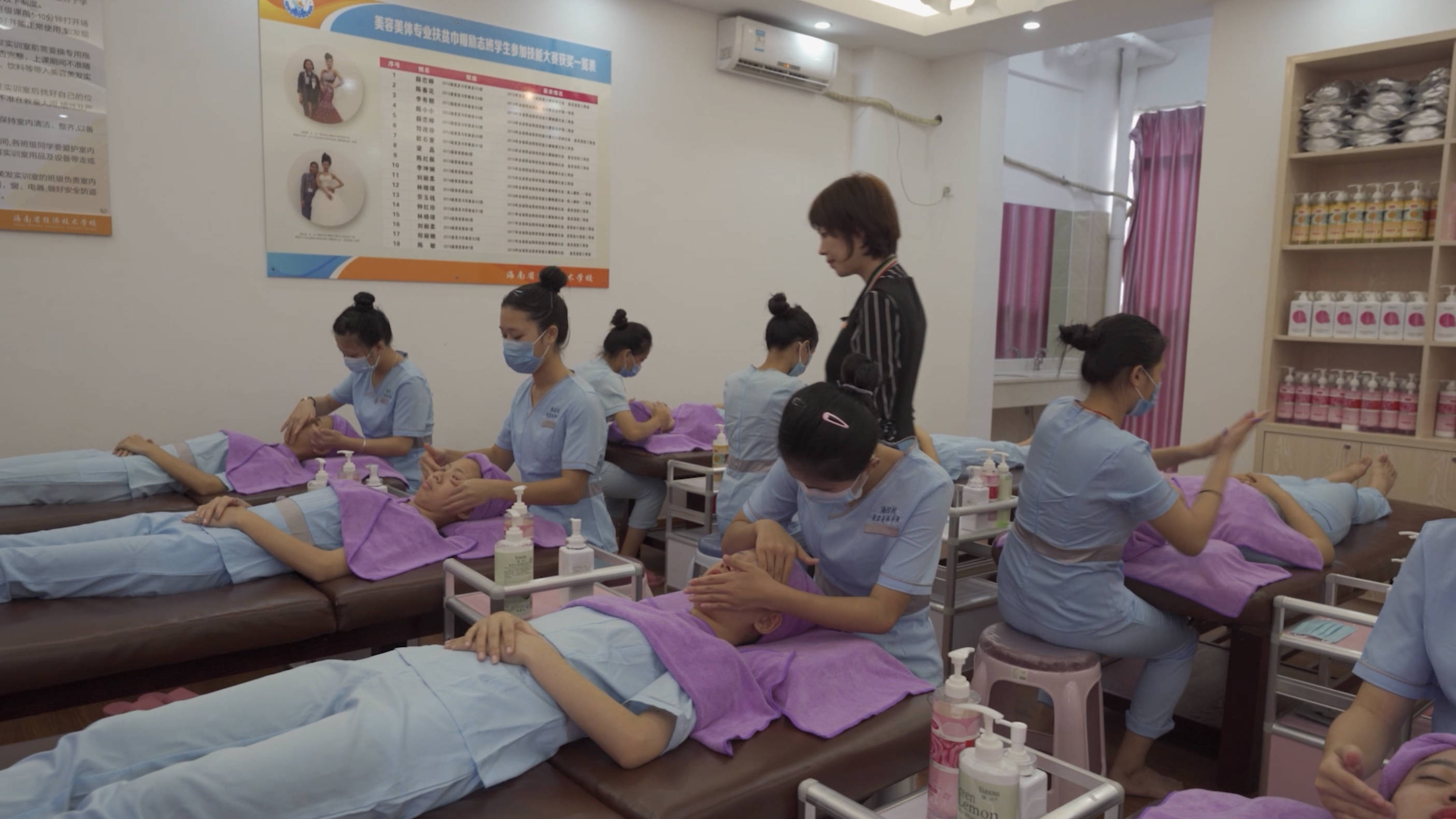 It makes me very happy to see these girls display such confidence. This temperament cannot be shaped without the power of role models. Liu Lirou, a former outstanding graduate, is one of them. She chose to stay in school and became a teacher.

"I saw my reflection in the girls. Because I myself was in the Women's Poverty Alleviation Class. Plus, I also wanted to let the girls know more about beauty, to spread beauty and create beauty through their own hands," said Liu.

As I walked out of the classroom, I saw two girls studying for their accounting exam under a tree. They were very shy, but when it came to their dreams, the two girls answered me confidently.

"Be a soldier. I think it is great to be a soldier and to serve the country."

What a surprising answer that was! These girls came from very poor backgrounds, but they showed me the responsibility of young females in this era.

Hainan shows us how much children in poor areas can contribute to poverty reduction and regional development when they have access to adequate educational resources.

Gender has never been an obstacle to personal development and social progress. These girls can share the fruits of China's economy without having to stay at home or travel far. They just need to cross a mountain to help their families live a good life. More importantly, education helps these families remove the mountain in their consciousness, and which I hope will also open the way for world education and rural poverty reduction.