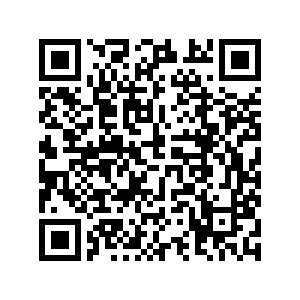 Whales, dolphins and porpoises have two properties that should not in theory go together, they have a long lifespan for mammals and they tend to be resistant to cancer.

A new study suggests that the reason is written in their genes.

In general, when a creature has more cells in its body, they are expected to be more vulnerable to random mutations that can develop into cancer.

"Given this, we would expect that large and long-lived species, such as whales, have a higher rate of cancer than in small species," said lead author Daniela Tejada-Martinez at the Austral University of Chile.

So how to explain the longevity of the bowhead whale, which can reach 60 feet in length, weigh up to around 200,000 pounds (nearly 100 tonnes) and live for more than 200 years? 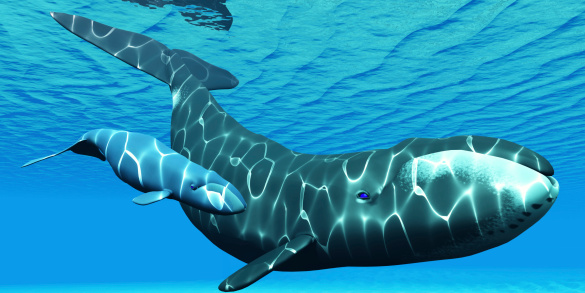 A bowhead mother swims with her calf on their migration route through ocean waters. /CFP

A bowhead mother swims with her calf on their migration route through ocean waters. /CFP

"The way in which the different species throughout their evolutionary history managed to fight cancer remains a mystery," Tejada-Martinez told AFP.

This is known as Peto's paradox, when some species do not have an incidence of cancer that correlates with their cell count.

To investigate this, researchers tracked the evolution of 1,077 tumor suppressor genes.

The study, published in the journal Proceedings of the Royal Society B, found signs of positive genetic selection in key regulators of DNA-damage and the immune system.

The turnover rate for these tumor suppression genes was almost 2.4 times higher in cetaceans than other mammals.

But the patterns of gene evolution varied by species. 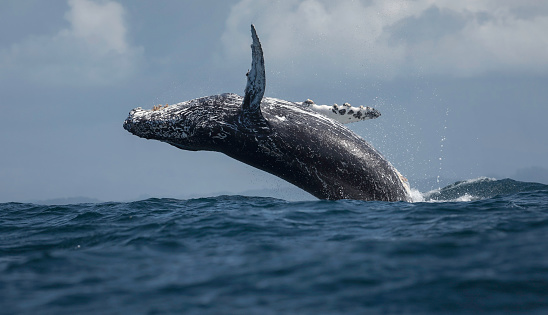 The humpback whale is a species of baleen whale. /CFP

The humpback whale is a species of baleen whale. /CFP

Baleen whales, for example, had molecular variants in their tumor-suppressing genes and a fast turnover rate that may explain the evolution of their "gigantism and longevity," said Tejada-Martinez.

The bottlenose dolphin, however, had the lowest number of gene copies among the cetaceans studied.

Since this species is associated with an increased incidence of cancer, the authors hypothesized that this suggests a higher rate of tumor suppressor gene copies could mean a lower risk of developing cancer.

"The link between evolutionary biology and medicine allows a more complete understanding of how the different forms of genetic variations contribute to cancer resistance and the aging evolution in cetaceans," said Tejada-Martinez.

"The discovery of new molecular variants including additional copies of genes could be the key to reveal new biological pathways that could lead to the creation of innovative treatments for cancer and age-related diseases."