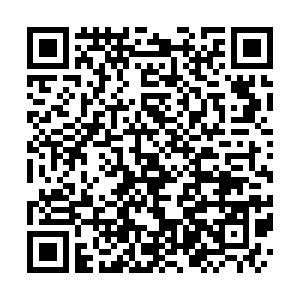 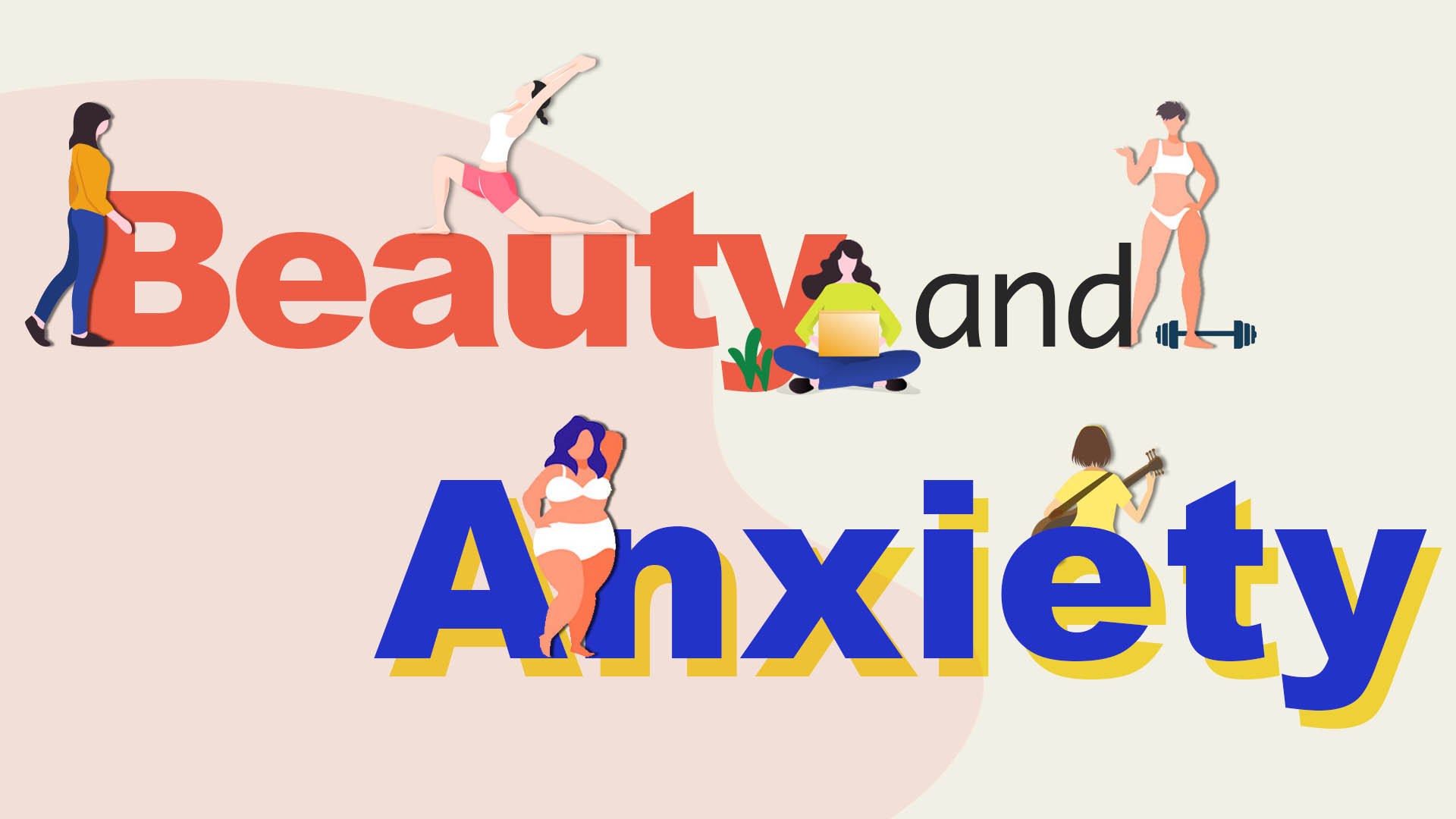 "A man is in charge of making money, a woman is in charge of being pretty." Though gender equality dominates mainstream conversation, this maxim still shapes our societal values and reinforces gender roles in all aspects of our lives.

Unsurprisingly, in societies such as China and greater East Asia where the competition to be the best and look the most beautiful is fierce, looking pretty and keeping fit is the feminine ideal. For young women in urban China, body image is a topic that's often discussed, yet not nearly enough.

"I live with that struggle every day. When I was a teenager, I was always doubting whether my face was too big, whether my nose was too wide. And now, I'm afraid of getting old," said Tang Xuemeng. Turning 30, she said she fears the wrinkles creeping onto her face and cheeks sagging due to loss of collagen.

Multiple studies reveal that many adolescents and young women develop anxiety over their appearance largely because of increasing insecurity in how they look. A recent poll by xiaomei.com, a media association of the country's universities, reveals that nearly 60 percent of respondents have body image anxiety and that fewer female students (6.08 percent) are "very satisfied" with their appearance than males (12.77 percent).

According to The Psychology of Appearance, women aged 17 through 85 all maintain a high level of dissatisfaction with their body images, especially those aged between 18 and 30, 69 percent of whom experience anxiety regarding their overall appearances. Comparatively, only 56 percent of men between 18 and 21 are concerned with their appearances, and that proportion drops by half when they reach the age of 50. 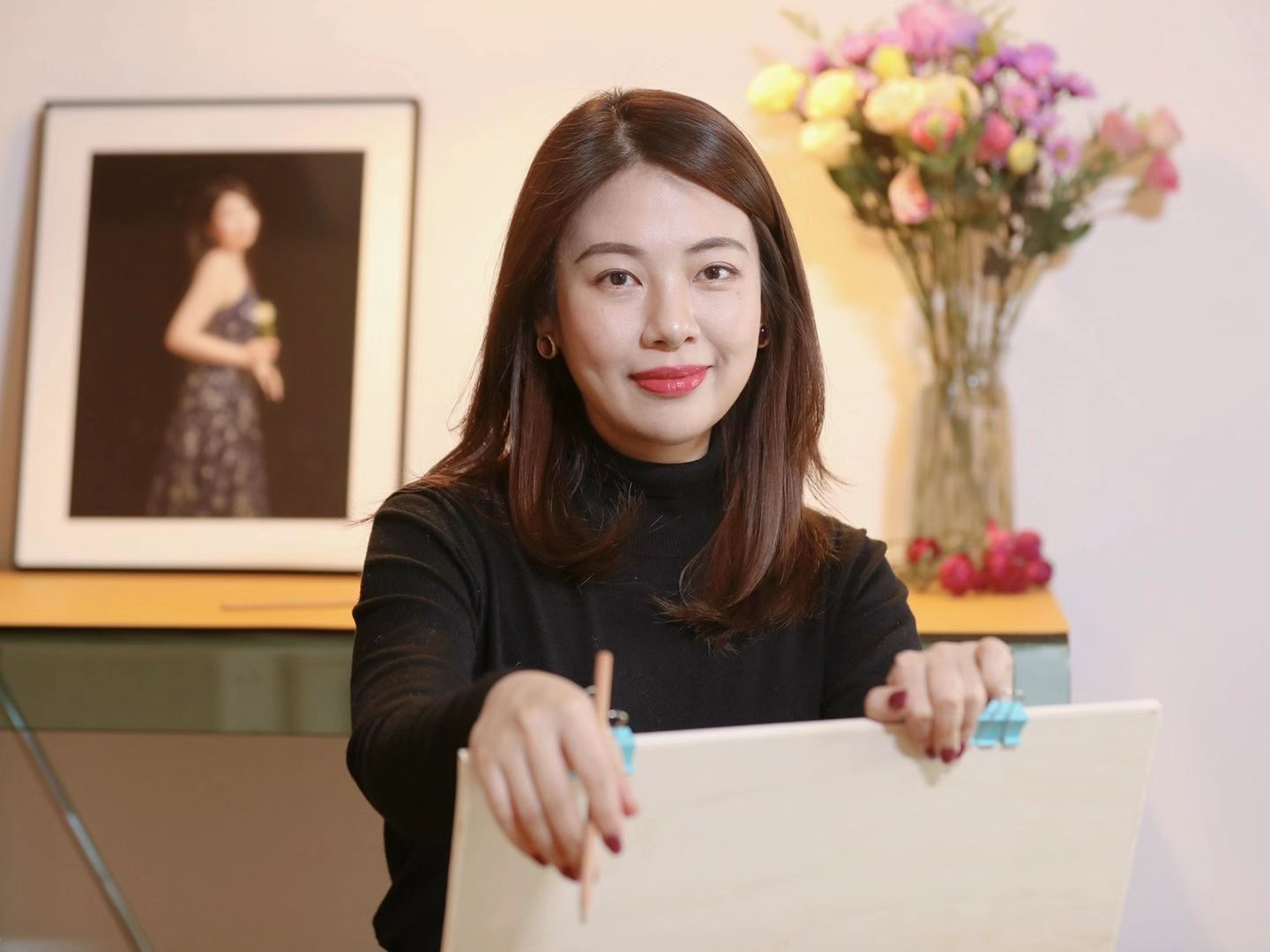 Working in a female-dominated environment, Tang Xuemeng says she‘s surrounded by slim, polished women, and yet to find someone that is completely satisfied with their appearance.

Working in a female-dominated environment, Tang Xuemeng says she‘s surrounded by slim, polished women, and yet to find someone that is completely satisfied with their appearance.

The country's fast-paced economic development in recent decades has changed how people view themselves. Females are more susceptible to what others think of them, first of all, in regards to their appearance. Many of them have become increasingly obsessive about their body – how pretty they look, how much they weigh. Celebrities and normal people alike can't escape aspiring toward "paper-thin waists" or "chopstick legs."

For a time, toxic criteria of slimness made their rounds on social media, such as millions of netizens sharing photos of eggs being delicately perched on their pronounced collarbones. These bizarre internet trends have further contributed to the social anxiety of young women who fear judgment or strive for perfectionism. And there are the myriad beauty "gurus" who link slimness to self-discipline, and beauty to power.

For 26-year-old Rani Wei, the experience hits close to home. The former actress said in most of the auditions she had attended, she was discriminated against because she was "overweight" and "not that beautiful" by filmmaking standards.

"All other girls there look pretty, tall, skinny, super skinny. Nobody looks like me. At that moment, I felt bad, really bad," she told CGTN in recounting a film audition during her college years at the Beijing Film Academy. Back then, the 5'5''-tall Rani weighed 120 pounds and didn't have the girly or sultry look.

"I'm not the standard-looking actress in Chinese society today, so I could barely get the part," Wei said. Upon graduation, she slimmed down to 104 pounds after a bout of alcoholism and insomnia. Ironically, her unhealthy weight loss led to her getting the only two parts out of 20 auditions she attended over those years.

But she doesn't want to become a "stunner" through plastic surgery or intentional weight loss, as many actresses do. "Because that's not me. I am who I am."

Wei thinks body image is a tag particularly attached to women. She grew up breaking away from what she was taught since childhood: a girl is supposed to be virtuous and must manage her body in order to have a happy family. After graduating, she veered away from being an actress to teaching English theater at an international school. 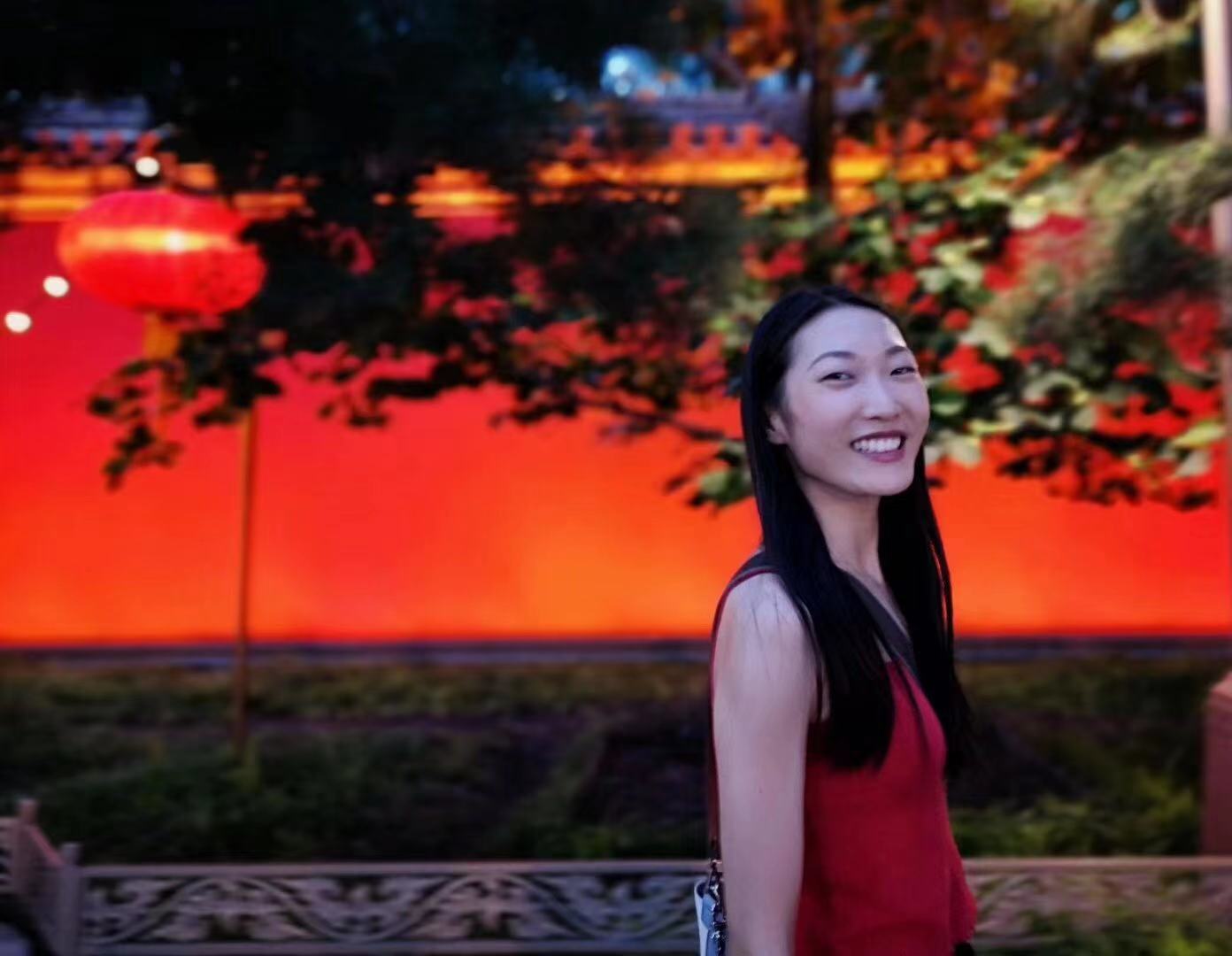 Rani Wei says she is not a standard-looking actress in Chinese society, so she decided to become a theater teacher.

Rani Wei says she is not a standard-looking actress in Chinese society, so she decided to become a theater teacher.

Unlike Wei, Tang Xuemeng is still stuck in a high-stress cycle. Upholding strict standards of appearance and grooming has become one of the corporate cultures of the PR conglomerate where she works. "I started paying attention to my body in junior high and struggled to get thinner bit by bit. When I was less than 100 pounds during my college years, I noticed my wide jaws, so I went to get a Botox injection, but then I discovered that my cheeks looked chubby," she recalled.

"Every day, every week, every year, I would always find somewhere on my body I'm not satisfied with," said Tang. To her and her female colleagues, the pursuit of beauty is never-ending. "It's common sense in my company that we have to watch our diet and stay in shape."

From the well-known saying "slim down, flaws gone" to the thunderclap FSY – "Fair, Skinny, Youthful"– a singular set of golden standards is applied across East Asia telling women what they need to look like to be considered good-looking. Pressured by this unitary, parochial approach to beauty, strict appearance management has become a so-defined "healthy" lifestyle.

Who defines beauty? And for whom?

Monica is a "big" girl who's open and cheerful. She's happy with wearing a size XL or larger. "There should be a diversity of beauty," she said. The 23-year-old was once concerned about her body after gaining weight in the UK, but that quickly flashed by. "I'm created for sweets. I think I'm over-compensating in my free, adult life without my parents around," she said.

Monica recalled that her mother had once told her then-boyfriend to watch her diet because in her eyes she was "fat" while her then-boyfriend was in good shape. "She even cried, leaving me quite surprised." That's one way to parent in many Chinese families – the thinking is that girls should keep fit so that they'll be more popular in society.

When it comes to asking the daughter to lose weight, Zhao Yangyang has a mother that's the same as Monica's. Zhao, 24, has taken diet pills from countries such as Japan and South Korea. "They really worked, though they made you thirsty."

She had a harrowing experience in fighting against her looks. "I don't like myself in a dress," she said. Because of her androgynous style, she failed to find a job after numerous attempts, and was then tricked into a pyramid scheme. "Back then, I was so excited because I thought finally someone accepted me as who I am."

She managed to escape the scheme and spent a long time recovering. Then she found a job selling lingerie, even though she was adamant about not wearing a dress and leather shoes that her boss required. "I was dismissed by my colleagues. They'd say, 'How could you sell out a bra with this look?'" But soon after, she became the top salesperson in her company, with the most repeat customers.

I am not perfect. Perfection is mundane. I am perfect when I fully realize myself.
-  Protagonist in "Magic Mirror," an episode of China's first female monologue drama called "Hear Her”

In a recent hit miniseries produced by Zhao Wei, the popular actress and socialite, women take center stage. "Magic Mirror," the first episode of this female monologue drama called "Hear Her," tells of a young woman who resents her own body image and spends 157 minutes putting on makeup every day to attain her standard of beauty. "Magic mirror, tell me who's the ugliest person in the world. It's me, definitely." The drama begins with this soliloquy from the woman, who's sorting out a proper bag and shoes from piles of fashion stuff to match her delicate makeup. "A flat nose, two thin lips, wide jaws, sparse hair, thick ankles, stumpy legs…"

"Whether we are tall or short, fat or slim, we don't want to be treated as an object," Tang said, looking adamantly at the camera.

Maybe the willingness to talk about body image in public is progress, though tiny, as women try to define their own worth and beauty instead of having others do it for them. As the protagonist in "Magic Mirror" asks near the end of the episode, "Why has beauty, which is supposed to be the most inclusive and diverse, become so narrow?"