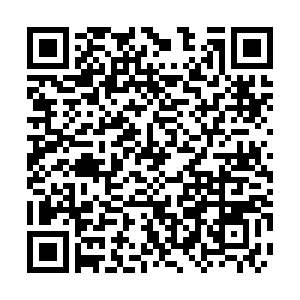 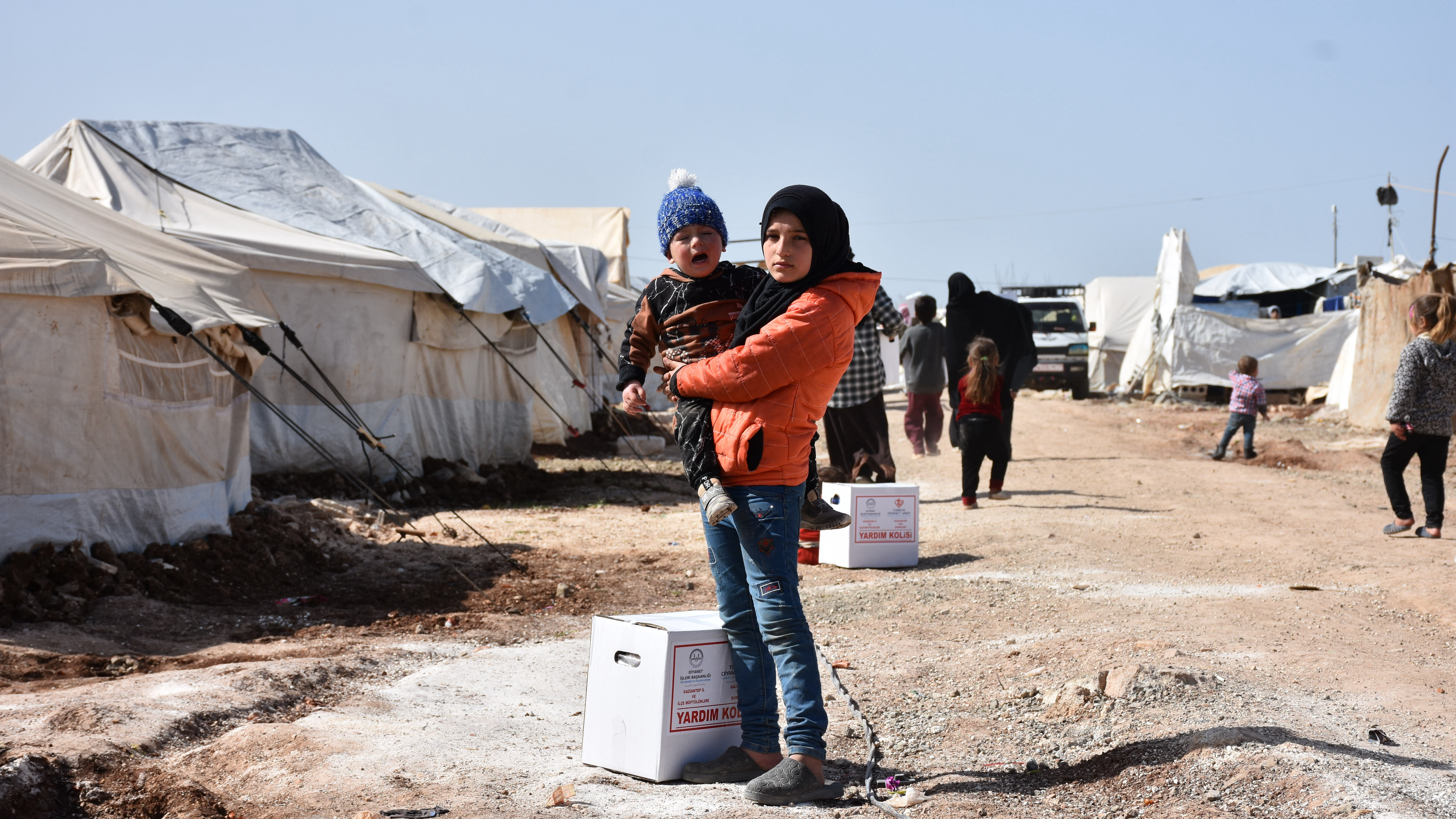 Syrians families who live at the tent camp in Azaz district of Aleppo, Syria, February 25, 2021. /Getty

Syrians families who live at the tent camp in Azaz district of Aleppo, Syria, February 25, 2021. /Getty

U.S. President Joe Biden authorized American military forces to attack alleged pro-Iranian militias in Eastern Syria Thursday night in what represents his country's first major international strike since last month's inauguration. It also took place against the backdrop of Washington signaling its willingness to resume talks with Tehran about reviving the Joint Comprehensive Plan of Action (JCPOA). This dramatic development sends a very strong message to Iran and Syria. Biden is showing that he won't be "soft" on Iran and that he wants them to withdraw from Syria as part of the peace process. This also scores some domestic political points at home.

Iranian military forces and their allies are in Syria at the request of its democratically elected and legitimate government to assist the Syrian Arab Army (SAA) with its anti-terrorist crusade. The U.S.' latest attack, therefore, risks jeopardizing Syria's anti-terrorist successes in recent years, but that seems to partially have been the point. After all, Damascus, Tehran, and even Moscow have previously accused Washington of supporting terrorist forces there to pressure Syria into commencing unilateral political concessions to jump-start the stalled peace process.

One such concession is the prior demand that Iranian forces and their allies withdraw from the Arab Republic. The U.S. and its Israeli ally regard them as a destabilizing force and fear that they'll launch attacks against the Jewish State from Syrian territory once the war there finally ends. Both countries, but especially Israel, have resorted to military force in full violation of international law in order to compel them to leave. Russia has criticized their actions as being responsible for destabilizing the situation in that country. Nevertheless, in strict accordance with its purely anti-terrorist military mandate, it doesn't ever intervene to stop them.

There have been credible fears over the years that Russia might dangerously clash with Israel and the U.S. over Syria's skies, hence why they've entered into various so-called "deconfliction" agreements with one another in order to avoid that dark scenario. Russia was given four to five minutes warning ahead of the military action, according to Russian Foreign Minister Sergei Lavrov. In any case, the U.S. and Israel must immediately cease their unprovoked and illegal aggression against Syria lest they risk escalating tensions there beyond the point of no return. Regrettably, neither of them is likely to do so since they both want Iran and its allies to leave the country. 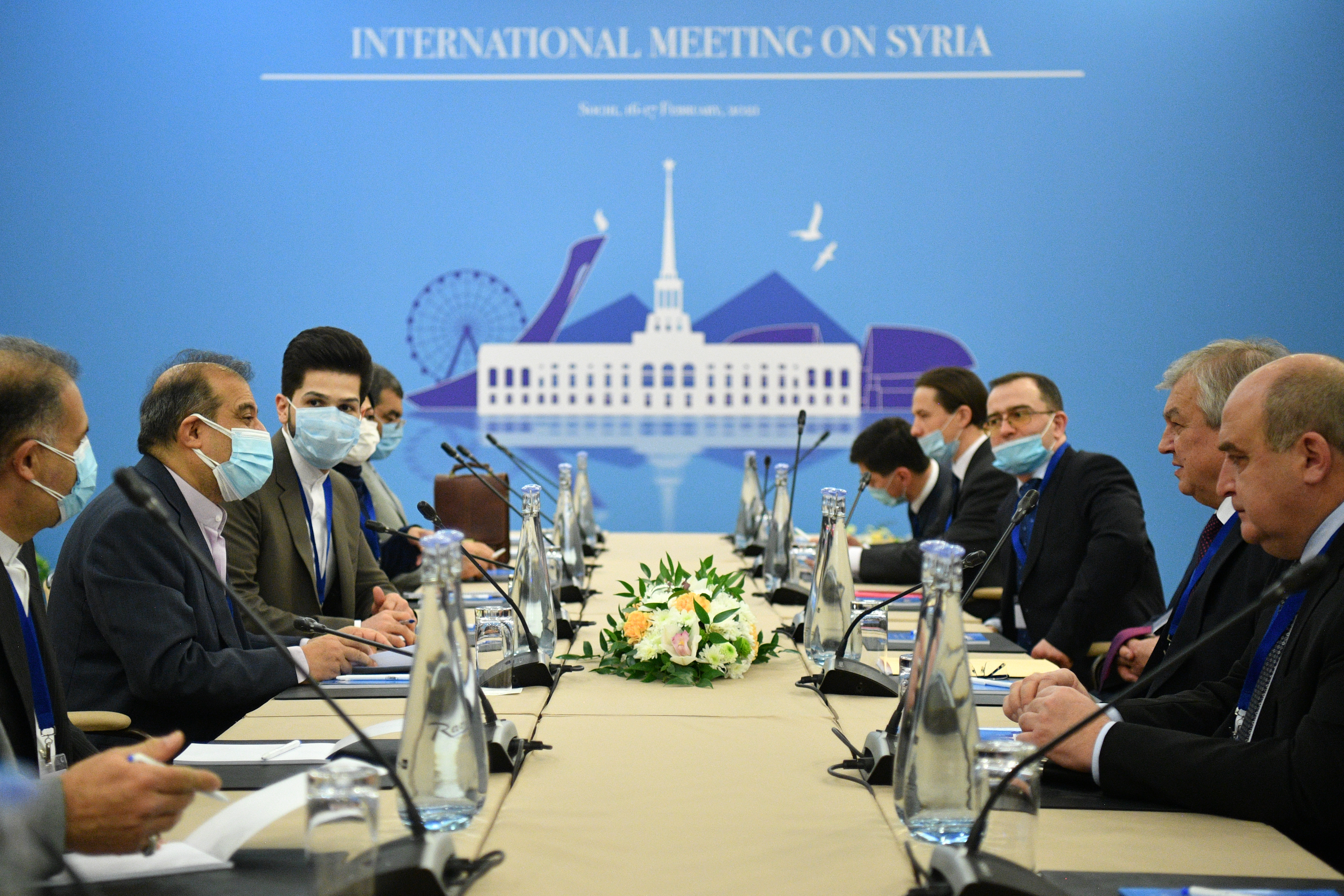 Biden's motivations are a bit broader though since he's also under pressure at home to show that he isn't "soft" on Iran after domestic opposition claimed that he might compromise on national security interests in order to encourage the Islamic Republic to return to negotiations over the JCPOA. In one fell swoop, he showed them that their fears are misplaced since he'll very proudly continue his predecessor's policy of seeking to violently remove Iranian forces and their allies from Syria. Be that as it may, the unintended outcome of this move might be that it'll become more difficult than ever for Iran to negotiate with the U.S.

Iran plans to host presidential elections in June and its ruling “reformists” (popularly described as "moderates" by the foreign media) are under pressure from the "principalists" (also known abroad as "conservatives"). There's already some domestic controversy over the government's interest in returning to talks with their hated American foe after former President Trump humiliated them by withdrawing from the nuclear deal. For reasons of domestic political calculations, the "reformists" might no longer be interested in talking with the U.S. until after June's elections considering last night's strike against their allies in Syria.

As for Syria, it's once again under pressure to decide the status of Iranian military forces and their allies following ISIL's defeat in the country. Damascus veritably has the legal right to retain their presence to deter the group's possible comeback, but doing so will arguably risk them being targeted by more American and Israeli strikes in the future. Syria is now in an increasingly dangerous dilemma where it has to decide whether it's worth keeping its allies' forces in the country but risking more strikes or whether it should request their dignified but phased withdrawal while risking a resurgence of ISIL terrorism.