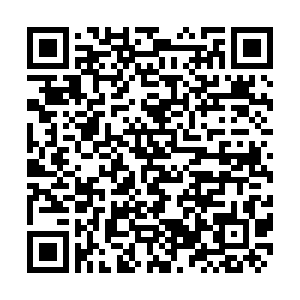 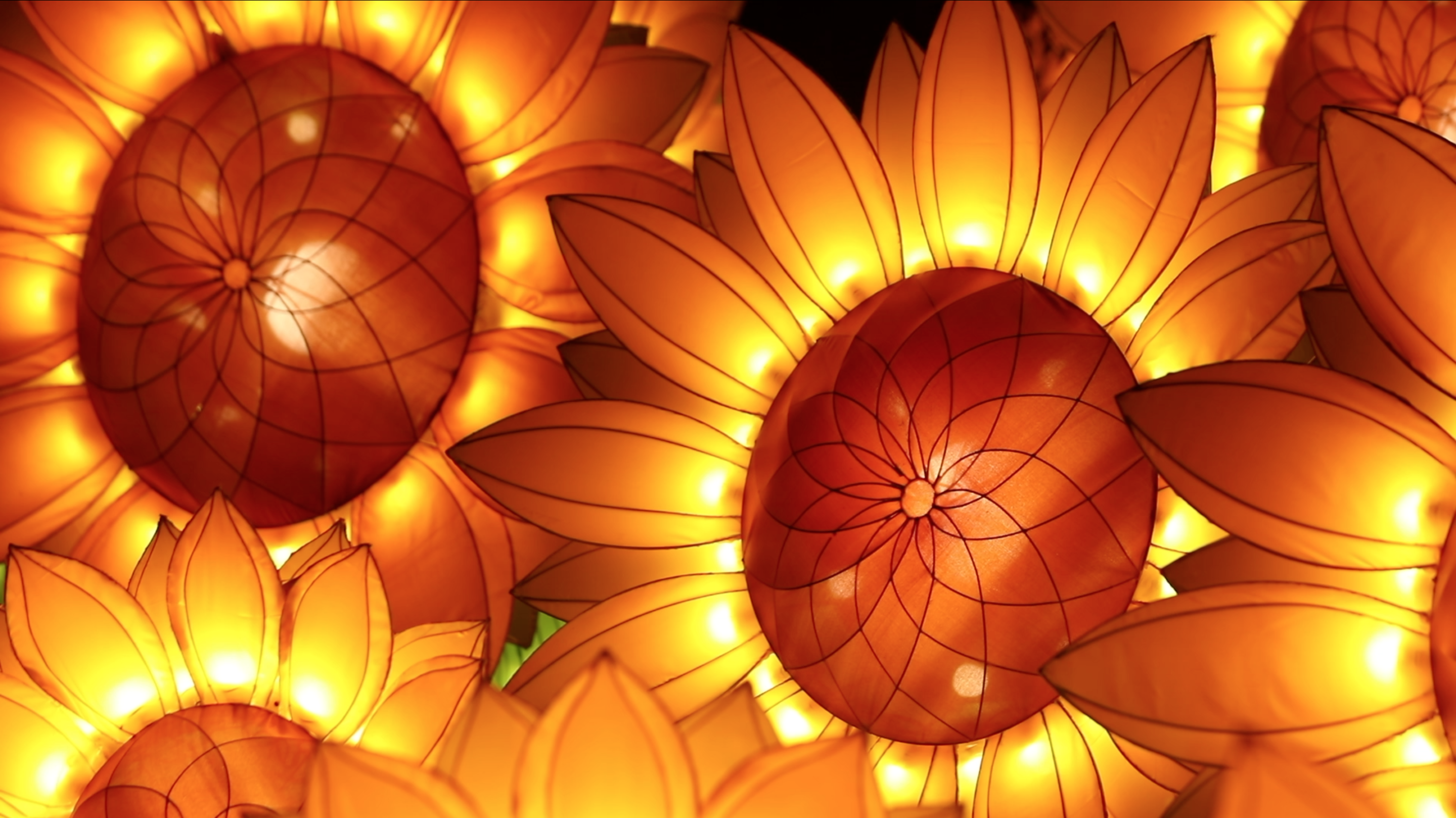 Gu Yeliang, 59, was born to a family of lantern makers in Nanjing, east China's Jiangsu Province. He made his first lamp, a water lily-shaped lantern, when he was just eight years old. But recently, he's created something much bigger.

"As you can see, this lantern is two meters wide. I used some traditional techniques to color the petals, and you may notice the color gradient. It took me over a month to make each petal and put them all together," said Gu, standing next to a massive water lily lamp.

"I also used durable fabric to make sure the lantern lasts longer out there. To light the lamp, I installed multiple LED light bulbs in each section," the lantern maker pointed at pink and white petals in his hands.

Chinese lamps may take many shapes, including flowers, rabbits and dragons, but the water lily remains an all-time favorite for many Nanjing locals.

"Water lily lanterns symbolize happiness, harmony and innocence as the flowers emerge unsoiled from mud and filth. That's why we Nanjing locals love them," Gu explained. 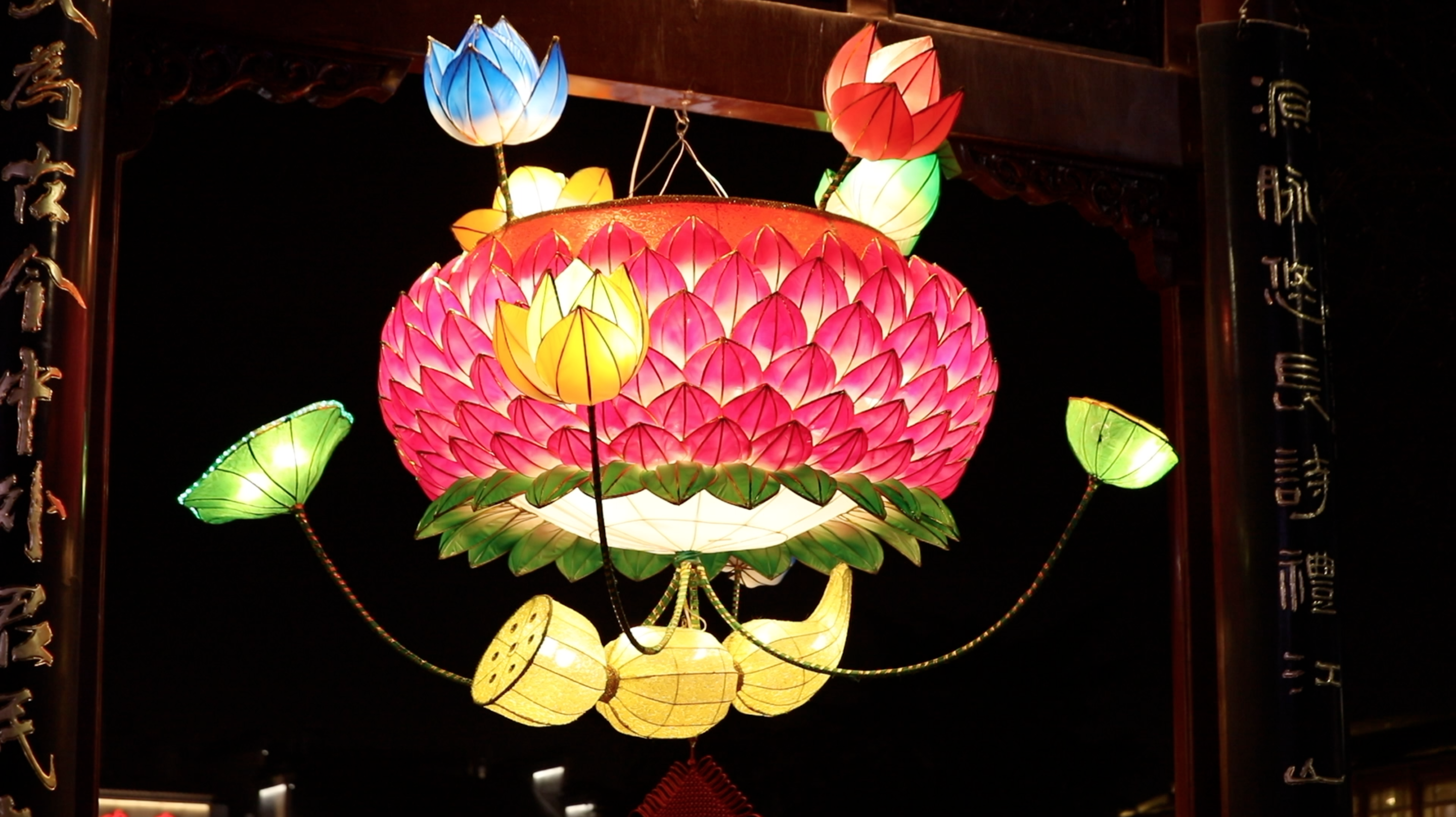 For centuries, Chinese people have lit up colored lamps for the Lantern Festival, which falls on the 15th day of the first Chinese lunar month, and prayed for both happiness and good fortune.

The festival dates back to the Han Dynasty about 2,000 years ago. To better preserve the tradition, China listed the colored lanterns as an intangible cultural heritage in 2006.

Master Gu, who is an inheritor of this ancient art in Nanjing, has been in this line of work for more than half a century. For him, it's not just about crafting the decorations by hand, but also about sharing China's cultural legacy with the world.

"He painted a total of 69 sunflowers in five pictures. At some point, he considered them as lanterns," said Vridag, an artist from the Netherlands. "And we chose that particular subject to combine with the lanterns here in China." 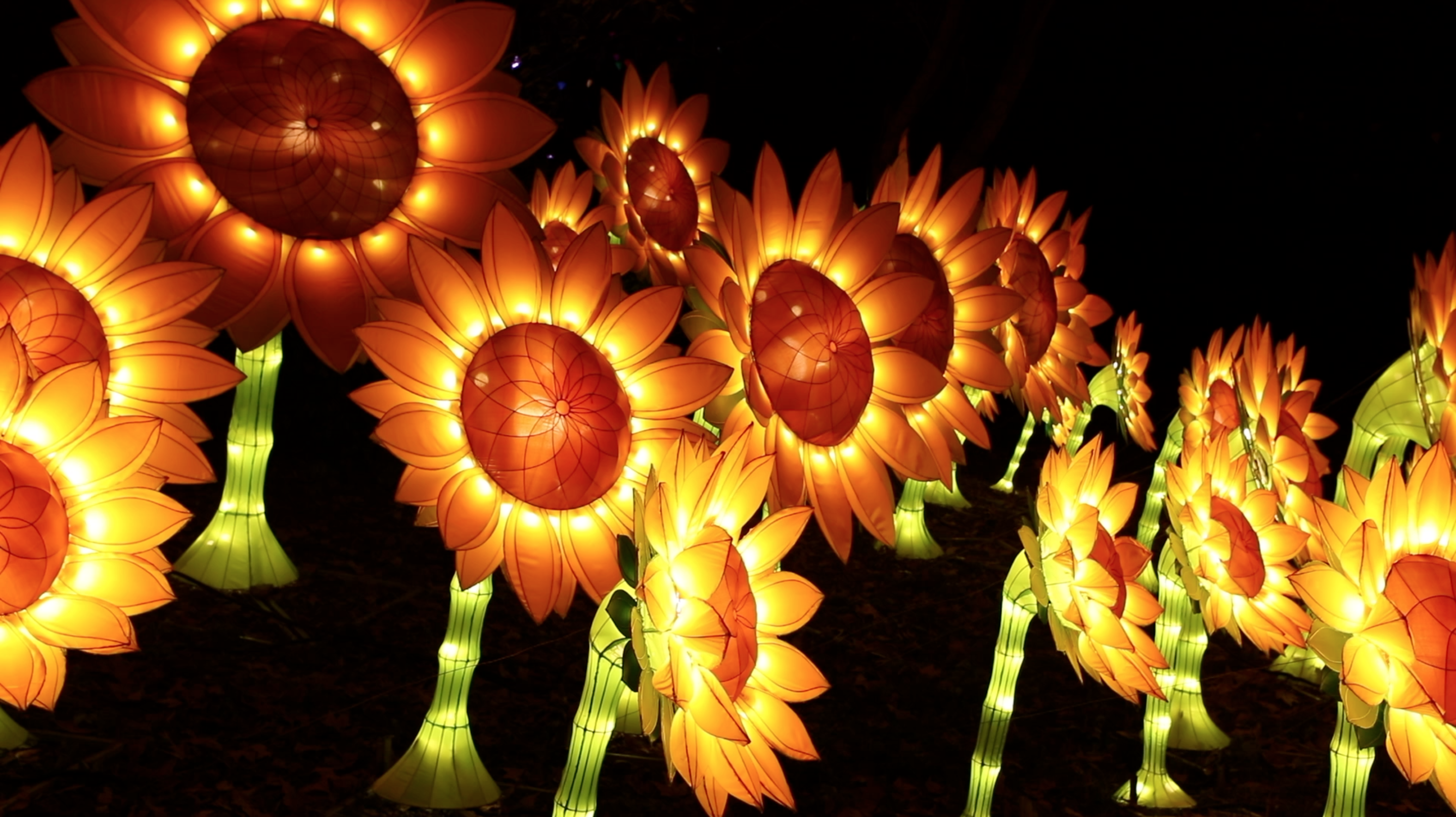 Gu and Vridag do not speak each other's language, but they understand each other perfectly using designs, pictures and body language. The two said they've both enjoyed their experience cooperating across cultures.

As van Gogh's sunflowers light up the night sky along the Qinhuai River, Gu, who has showcased the Chinese lantern art and culture in over 80 countries and regions, said he will continue to exchange ideas with his peers around the world and incorporate more global elements with traditional Chinese lantern-making techniques.