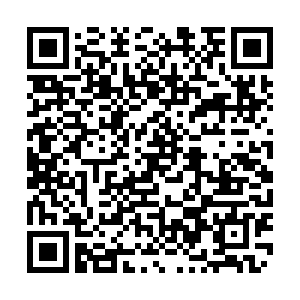 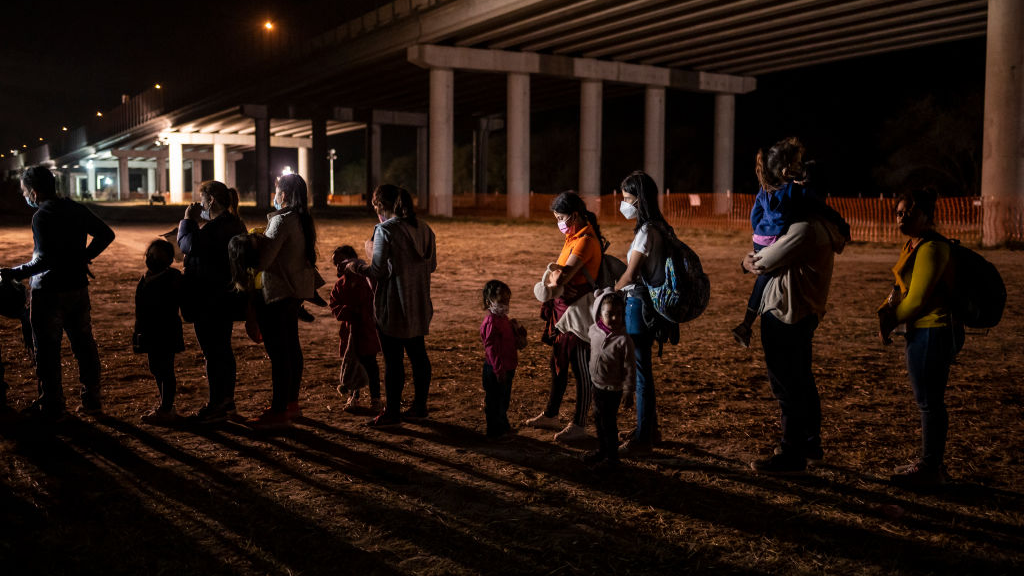 Migrants await processing after being apprehended at the U.S. border near Mission, Texas, February 10, 2021. /Getty

Migrants await processing after being apprehended at the U.S. border near Mission, Texas, February 10, 2021. /Getty

The United States has been pointing fingers at China's human rights record (as in Xinjiang Uygur Autonomous Region and Hong Kong Special Administrative Region), but has many problems of its own. Here I will discuss the human rights situation in the U.S. in terms of its historic experience, social unrest, the gap between rich and poor and its violation of international law.

The People's Republic of China was founded a mere 72 years ago. In that time it has undergone a vast transformation, hitherto unwitnessed in the annals of human history. At the time of its founding, China had been devastated by years of war. With a vast population and little in the way of industry or infrastructure, it faced daunting problems. Added to that, the animosity of the Western powers kept it isolated from the rest of the world, forcing it to rely on its own efforts to reconstruct a new China.

In contrast, the U.S. in its current form was founded in 1789 when its Constitution was ratified by the 13 states that had declared independence in 1776 and won it from Great Britain in 1783. Its population was small and its resources plentiful.

Seventy-one years after the ratification of the U.S. Constitution brings us to 1860, the year that the American Civil War began. During those 71 years, the U.S. had expanded westward, and in the process removed the indigenous nations who had inhabited their lands for millennia. This was a process of genocide seldom before witnessed.

This process continued after the Civil War, with wars of extermination and the forced destruction of native culture by family separations which forcibly took children away from their communities and placed them in boarding schools where native languages and cultural practices were forbidden.

The U.S. policy at all levels of government was to destroy Native American identity and to let them wither on the vine. Their lands, natural resources, culture, and children were stolen from them and the traumatic effects have been cross-generational, adversely affecting Native Americans to this day.

Seventy-one years after the promulgation of the U.S. Constitution, which proudly proclaimed the Bill of Rights, American Blacks were still enslaved under the most brutal conditions in half of the states. A civil war was fought to finally lift this ignominious burden off the shoulders of the nation. But, soon thereafter the freed slaves were subject to heinous attacks by White racists in the South while subject to racial discrimination throughout the country.

Black Americans have a poverty rate twice that of White Americans and their communities have been devastated by a discriminatory and unjust judicial system that has led to the mass incarceration of millions of young Black men, who are stigmatized for life as felons, unable to find housing, get an education or get a decent job. 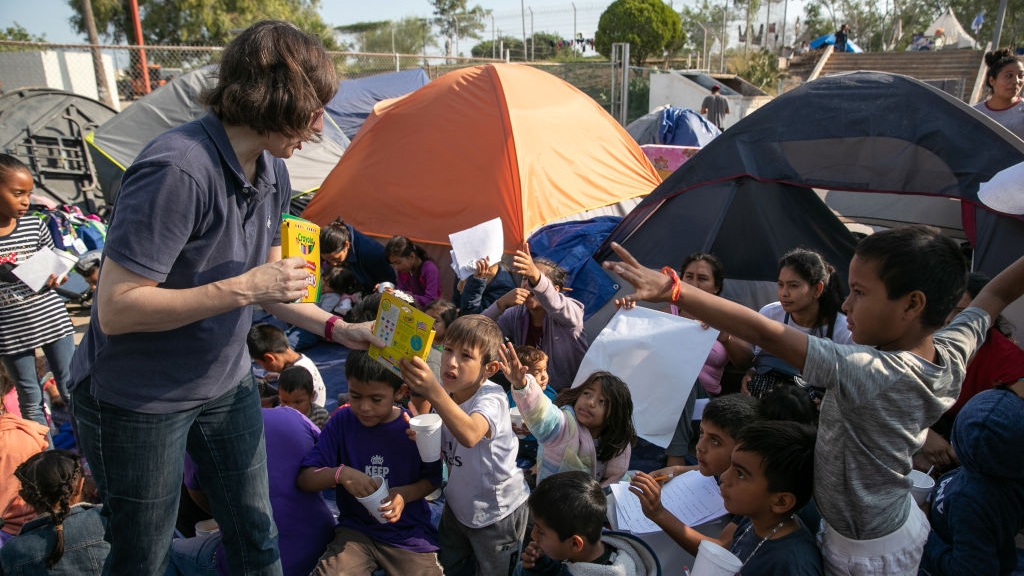 American volunteer Mary Keenan hands out markers during class at "The Sidewalk School" for immigrant children at a squalid "Remain in Mexico" camp for asylum seekers in the Mexican border town of Matamoros, Mexico, December 8, 2019. /Getty

American volunteer Mary Keenan hands out markers during class at "The Sidewalk School" for immigrant children at a squalid "Remain in Mexico" camp for asylum seekers in the Mexican border town of Matamoros, Mexico, December 8, 2019. /Getty

While a thin stratum of outstanding Black (African American) athletes, artists and political leaders have risen to the top of society, the vast majority of Black Americans suffer under the yolks of poor healthcare, substandard housing and high unemployment. In any other country, these sets of circumstances would be judged a gross human rights violation, but the U.S. government and its media mouthpieces, while bemoaning the plight of Black Americans, have done little to alleviate it.

In addition to all of the above, workers of all races and ethnicities in the U.S. have seen their living standards eroded over the last 40 years. As China's living standards have risen, America's have fallen. This is a result of the premeditated destruction of America's industrial base and the outsourcing of production by U.S. multinational corporations to obtain super-profits without regard for the welfare of American workers. This has led to American ghost cities in many areas of the country and the growth of extreme income inequality throughout society, exacerbating social and racial tensions.

The ongoing U.S. economic crisis has led to an explosion of homelessness, with tent cities mushrooming on the streets and in the public parks of every U.S. city, large and small. Due to lack of medical care and scarce social services, many of the homeless self-medicate and have physical, social and emotional disabilities brought on by months and years of psychological trauma. The life expectancy of the homeless averages 54 years, more than 20 years less than average Americans.

Hate speech and hate crimes directed against Asian-Americans, in particular, have escalated since the spread of COVID-19 when people of Asian heritage were targeted by the U.S. government as the source of the pandemic. The COVID-19 pandemic has also served to highlight the deficiencies of the U.S. healthcare system, especially the disproportionate number of cases and deaths among Native Americans, Blacks and Hispanics.

The U.S. has also engaged in illegal wars, imposed illegal sanctions and embargoes, and committed other acts of aggression against sovereign nations that it has unilaterally targeted as "national security threats," leading to the death and injury of millions, the creation of millions of refugees from war-torn countries, and the destruction of entire nations. The military actions of the U.S. throughout the world have resulted in civilian massacres and other war crimes, yet the U.S. has not been held accountable by the Western media or governments for its crimes against humanity.

No other country has engaged in the level of mass murder, genocide, systemic racism and foreign aggression since its founding than the United States of America, and the consequences of its human rights violations live on and multiply to this day.