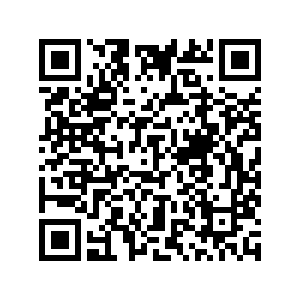 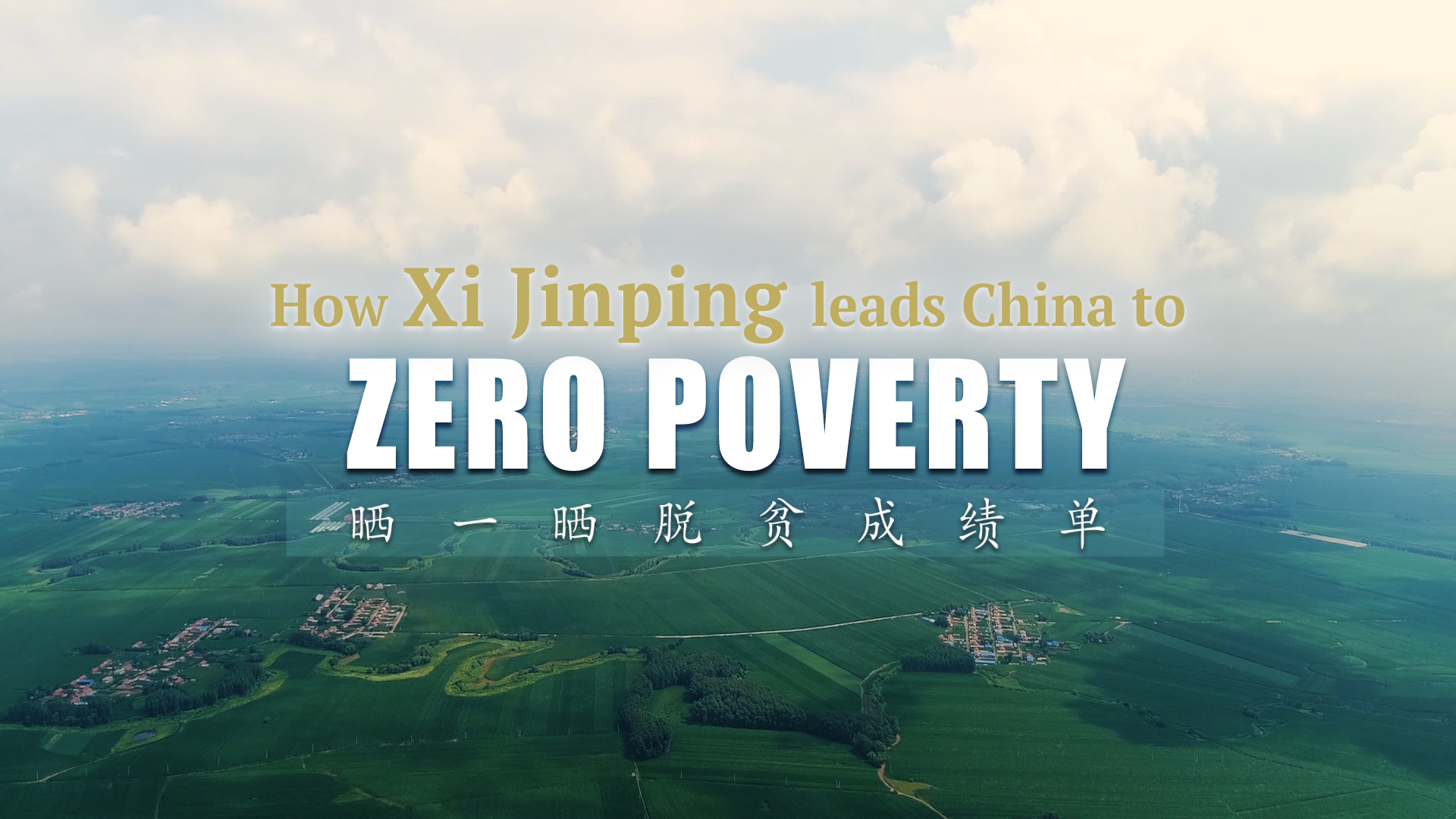 Back in 2013, Shi Bashan was 64 years old. Spotting a new face in her hometown of Shibadong Village, she asked the man, "Who are you?"

The man answered, "I am a servant of the people."

Too poor to own a television, Shi didn't know the man in front of her was Chinese President Xi Jinping.

Shibadong Village is located in the Wuling Mountain Area, then one of China's 14 contiguous impoverished areas, in central China's Hunan Province. At the time, the area was known for low per-capita income and fragile environmental conditions. 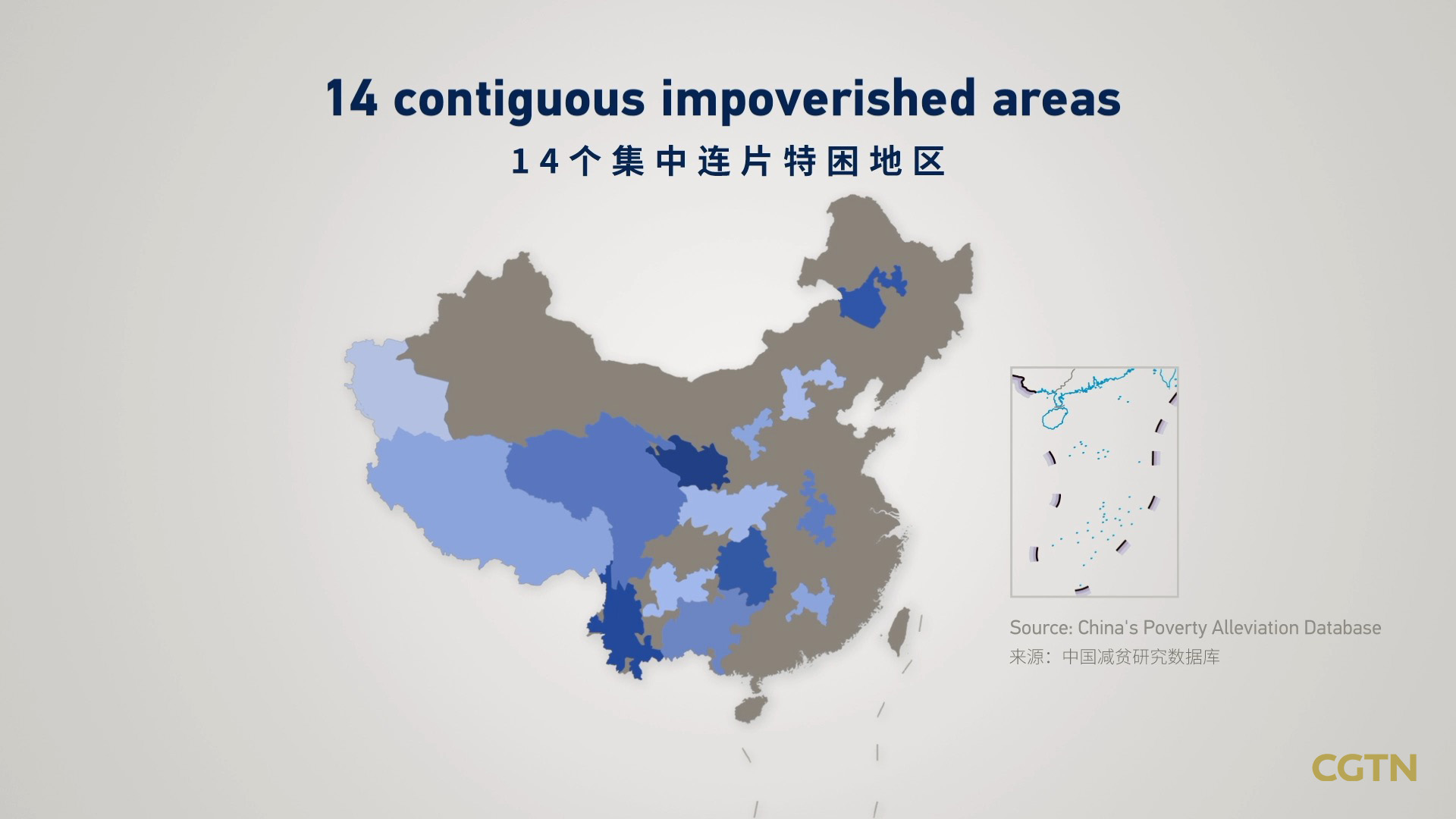 Since 2012, Xi has visited all 14 contiguous impoverished areas.

In 2012, there were more than 50 million people living below the national poverty line in these areas, accounting for over half of China's total impoverished rural population. 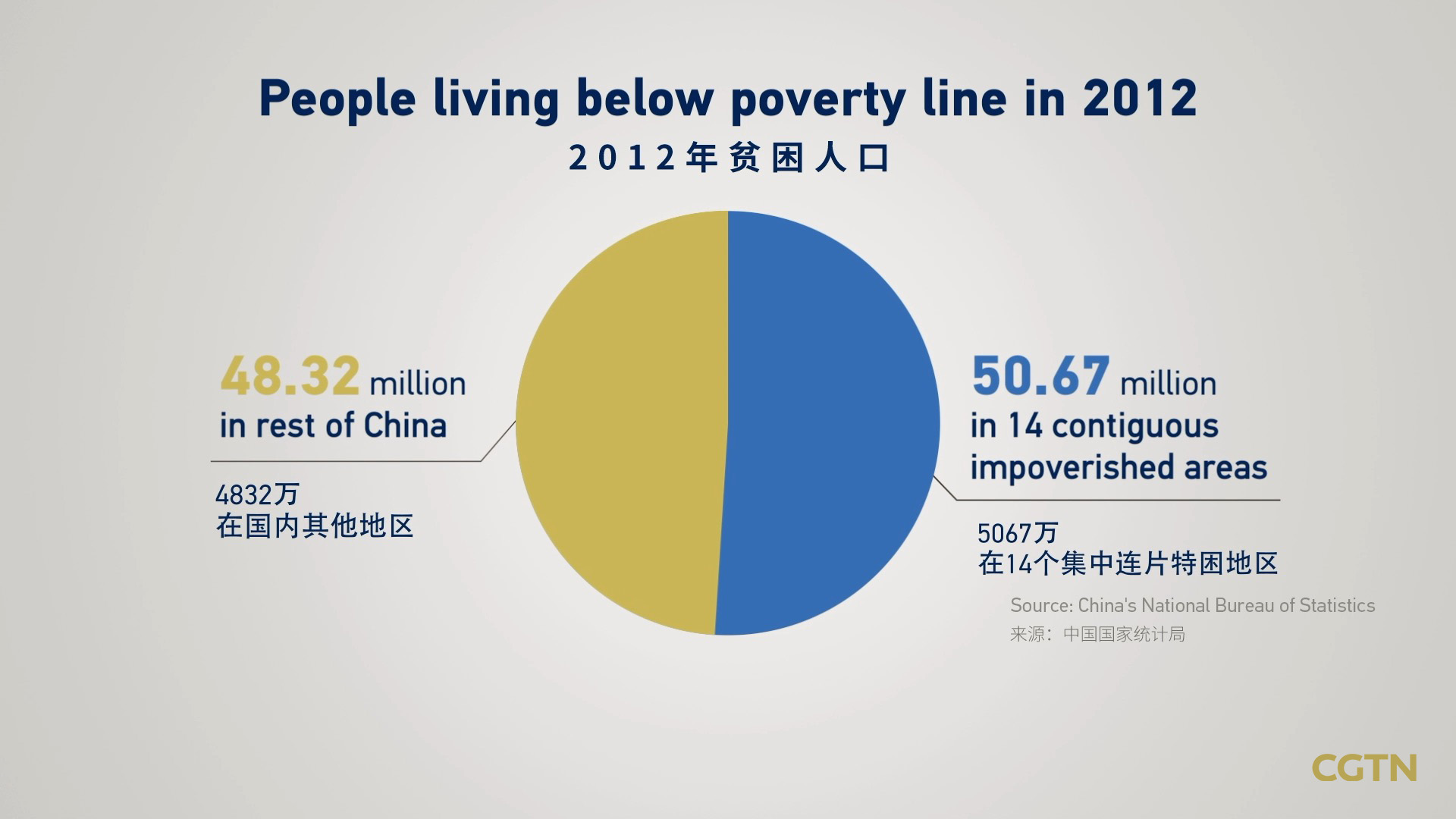 "When we are reducing poverty, we should avoid chanting slogans and setting overambitious goals. The key to poverty alleviation is to be realistic, to adjust measures to local conditions, to give guidance based on specific situations and to take targeted measures," he said.

The successful rollout of the "targeted poverty alleviation" strategy has lifted China's 832 impoverished counties, including the 14 areas, out of absolute poverty.

Guizhou Province in southwest China was the last to announce zero absolute poverty under the current standard. In 2012, it had an impoverished population of 9.2 million, a tenth of the national total.

China set its poverty line at a per capita annual income of 2,300 yuan at 2010 constant values, or 2.3 U.S. dollars in terms of purchasing power parity per person a day. By 2020, a person making less than 4,000 yuan a year was listed as impoverished. 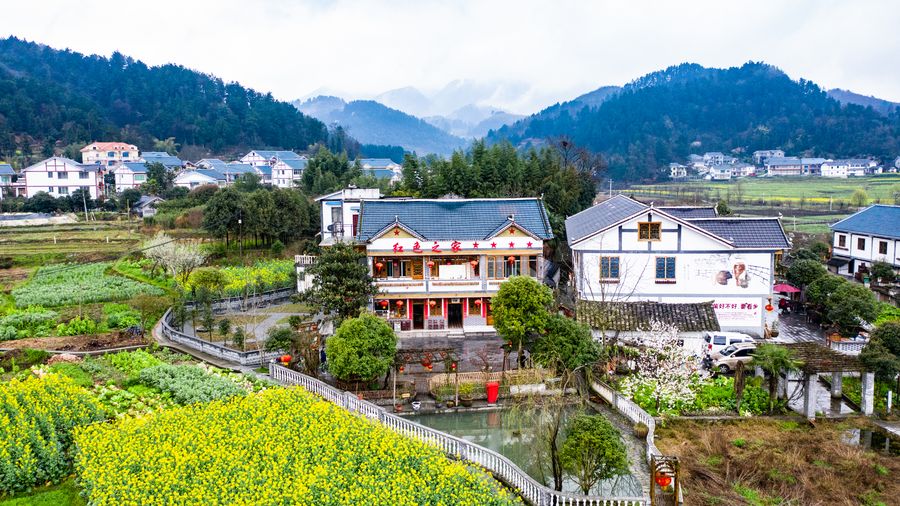 Located in the mountains, Huamao was a picturesque but poor village. In recent years, it has shaken off poverty by developing agritourism and modern agriculture, both approaches under the "targeted poverty alleviation" strategy.

On June 16, 2015, Xi visited the village. He walked into a homestay called "Red Home" and talked with the villagers.

The land area of Guizhou is 92.5 percent mountains and hills. But hidden behind its gorgeous scenery and karst landforms, infertile land and poverty lurked.

Pursuing development while protecting the environment, Guizhou has built over 20,000 bridges among its karst mountains. Half of the world's 100 highest bridges are in the province. 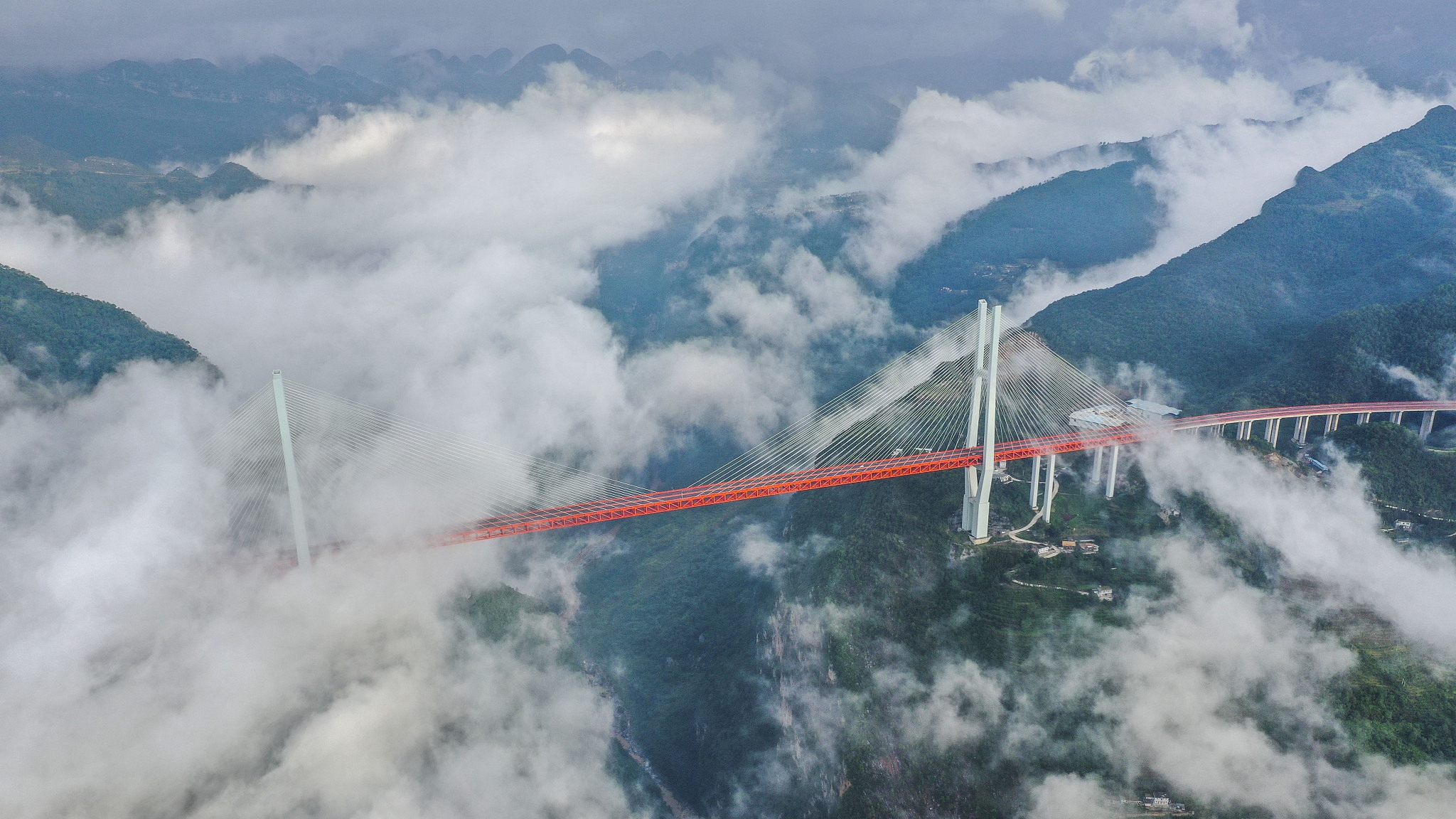 Thanks to a series of "targeted poverty alleviation" measures, Guizhou's modern agriculture, ecological tourism and big data industries are flourishing.

On November 23, 2020, China's last nine impoverished counties, all in Guizhou, were removed from the poverty list, meaning that all the country's 832 poor counties had been lifted out of absolute poverty.

"Not a single person should be left behind while building a moderately prosperous society in all respects," Xi said in October 2017.

By lifting its entire rural population out of absolute poverty, China has achieved the UN 2030 Agenda for Sustainable Development poverty reduction target 10 years ahead of schedule. 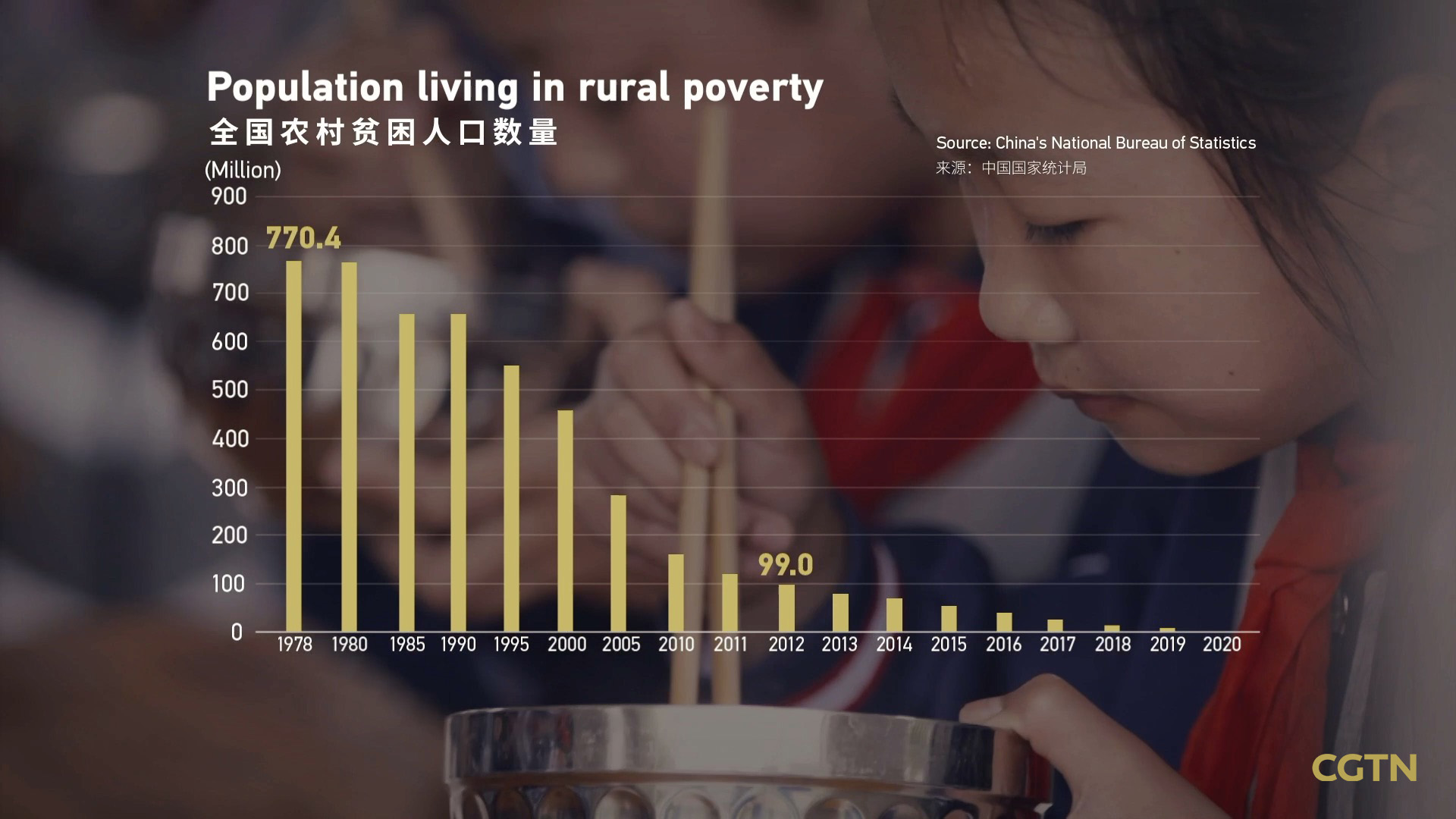 "Targeted poverty reduction strategies are the only way to reach those farthest behind and achieve the ambitious targets set out in the 2030 Agenda for Sustainable Development. China has lifted hundreds of millions of people out of poverty, and its experiences can provide valuable lessons to other developing countries," United Nations Secretary-General Antonio Guterres said to the Global Poverty Reduction and Development Forum in October 2017.