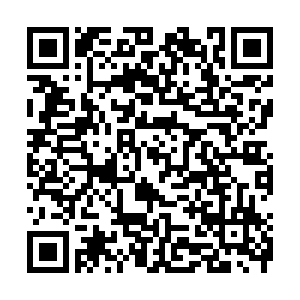 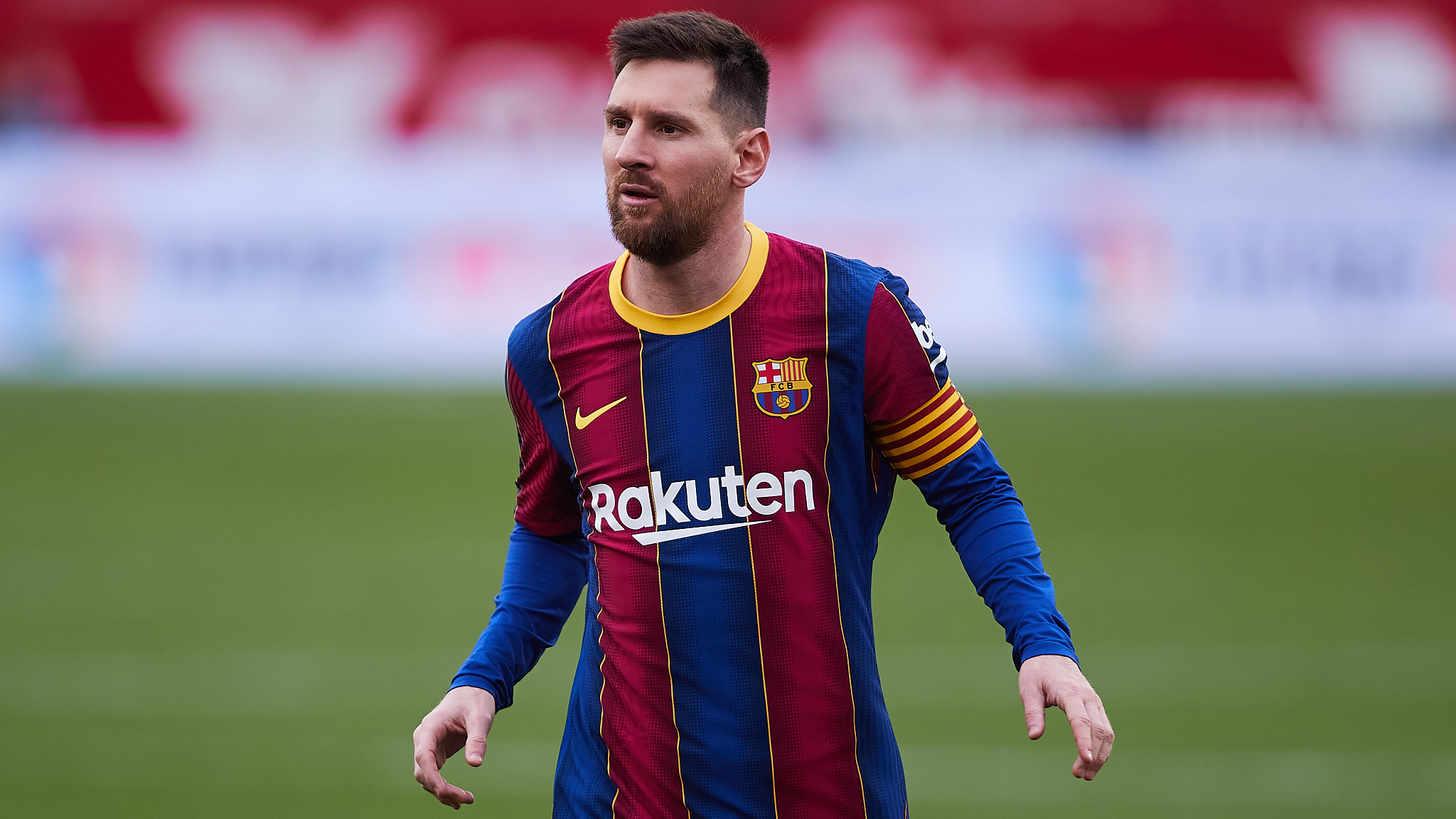 Lionel Messi of Barcelona during the La Liga match against Sevilla in Seville, Spain, February 27, 2021. /CFP

Lionel Messi of Barcelona during the La Liga match against Sevilla in Seville, Spain, February 27, 2021. /CFP

Barcelona reignited their title hopes after Lionel Messi and Ousmane Dembele scored in a 2-0 victory over Sevilla on Saturday to put them two points behind Atletico Madrid.

Atletico still have two games in hand, the first of those coming against sixth-placed Villarreal on Sunday, but a dip in form from La Liga's leaders has given their chasing rivals hope.

Barca controlled the game and while Jordi Alba and Sergino Dest never really advanced as much as manager Ronald Koeman might have liked, Frenkie de Jong and Pedri were a constant threat through the middle, with the speedy Dembele just in front.

Chances, though, were few and far between and it took a counter-attack for Barcelona to take the lead.

Fernando Navarro gave the ball away cheaply up front and two passes were enough, with Messi curling the decisive one through for Dembele to race clear and finish.

Julen Lopegtegui reacted with three changes at half-time and two more after the hour but even by matching Barcelona's system, Sevilla struggled to gain a foothold.

Alba came up just short of De Jong's cross, Dest slammed against the post and Messi blazed over after another surge from Dembele.

One of Lopetegui's substitutes Youssef En-Nesyri had Sevilla's best chance but headed over.

Yet without a second goal, a nervy finale was always likely and En-Nesyri found the corner on the turn but had the goal ruled out for a handball, his tussle with Ronald Araujo seeing Barca's defender go off and he booted some chairs over in frustration.

But Sevilla's push was brief, ended by Messi with six minutes left.

He traded passes with Dembele, nipped inside Diego Carlos and tried to finish with a chip. Bono saved but the ball came to Messi, one yard out. 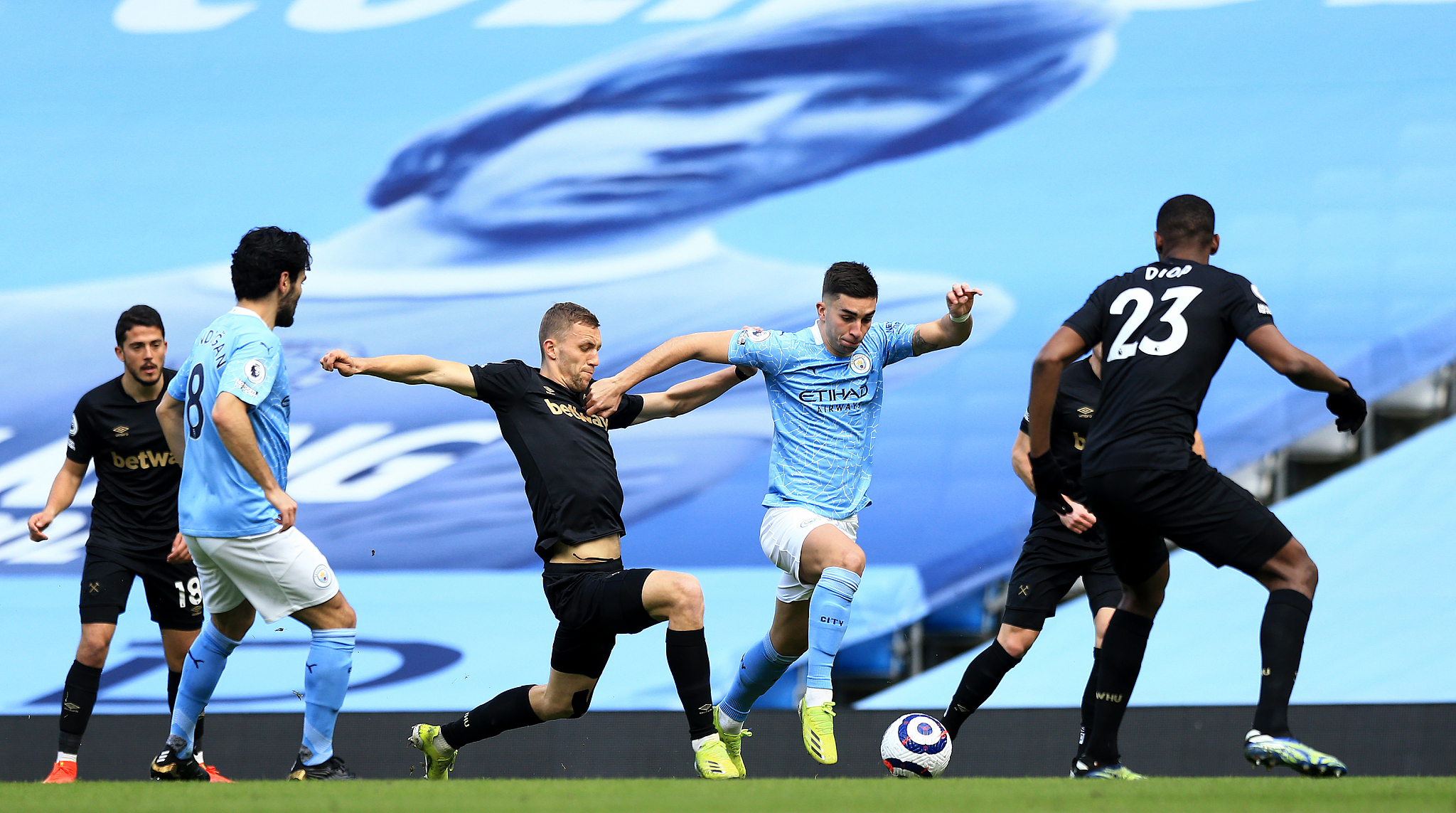 Players of Manchester City and West Ham United in action during the Premier League match in Manchester, UK, February 27, 2021. /CFP

Players of Manchester City and West Ham United in action during the Premier League match in Manchester, UK, February 27, 2021. /CFP

In UK, Manchester City moved 13 points clear at the top of the Premier League table after a 2-1 win over West Ham United on Saturday: their 20th straight win in all competitions.

City took the lead in the 30th minute with central defender Ruben Dias heading in a Kevin De Bruyne cross, but the Hammers drew level through Michail Antonio two minutes before the interval.

Pep Guardiola's side secured their 14th consecutive league win, however, when Dias' fellow defender John Stones slotted home after being picked out by a Riyad Mahrez pull back.

The win moves City, unbeaten in 27 matches, on to 62 points from 26 games with Manchester United, who play Chelsea on Sunday, behind them on 49 points from 25 matches.

In Germany, RB Leipzig's Alexander Sorloth headed in a stoppage-time winner as they battled back from two goals down to beat visitors Borussia Moenchengladbach 3-2 in the German Bundesliga and stay two points behind leaders Bayern Munich.