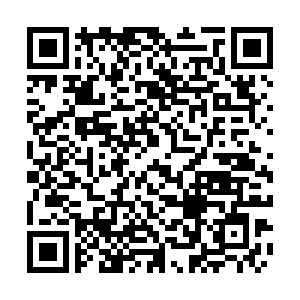 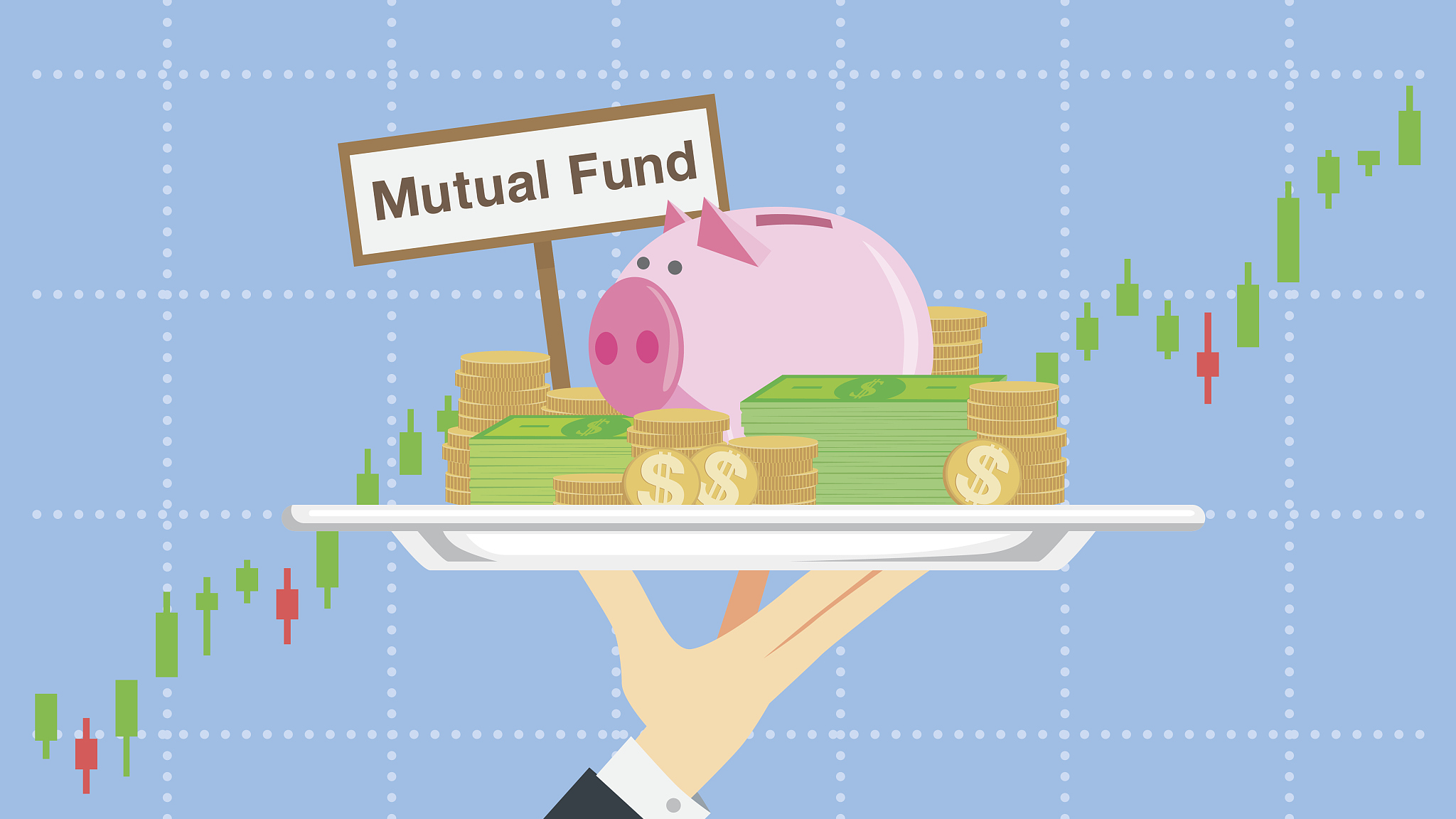 Investing in mutual funds was never a priority for millennials in China. After all, they were known for being the "moonlight clan," people who empty their wallets every month in pursuit of living in the moment.

But in recent years, a growing number of Chinese millennials have started saving their money rather than spending it. Among them is 22-year-old Adam Li, who is taking a gap year from college. The money he saved was not deposited in the bank but was spent on buying funds. Last year, the funds he bought generated gains averaging about 20 percent.

What triggered him to buy mutual funds was a massive round of quantitative easing launched by the Federal Reserve in March last year in response to COVID-19. "I was convinced that depositing money into the bank is a losing game, that the interest rate would never catch up with inflation," said Li.

He met a bull market. By the end of November 2020, China's mutual fund industry assets increased 27 percent to 18.75 trillion yuan ($2.89 trillion), reaching a historic record high, according to data from the China Securities Regulatory Commission. A number of new funds halted subscription before their expiry dates because of overwhelming demand.

E Fund Management, one of the most popular asset management companies, broke a fundraising record in January this year, after receiving orders worth 237.4 trillion yuan in a day. 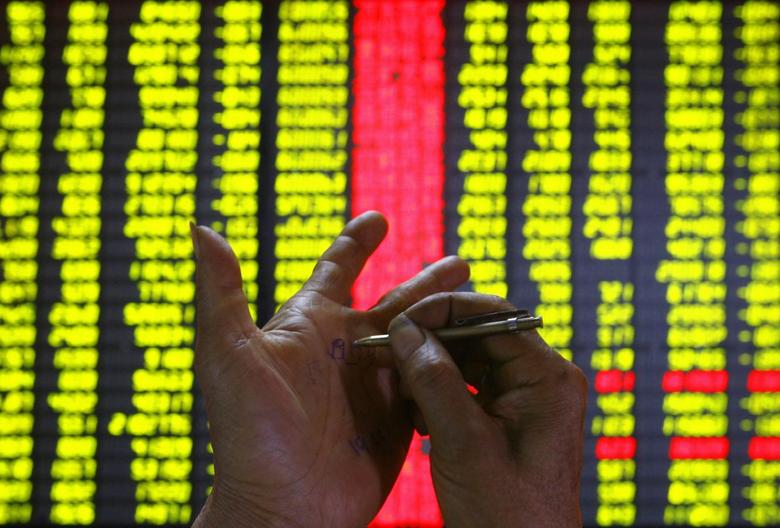 An investor makes a note on his hand at a stock exchange market in Kunming, capital of southwest China's Yunnan Province, July 5, 2007. /Reuters

An investor makes a note on his hand at a stock exchange market in Kunming, capital of southwest China's Yunnan Province, July 5, 2007. /Reuters

That incredible market performance enticed the younger generation to jump on board in droves. According to the China Household Wealth Index Report, among the new fund buyers in China last year, 52.9 percent were under the age of 30.

Born digital natives, they rely on digital platforms such as Alipay to manage their funds. On the app, they can check the funds' goals and strategies, a list of the funds' top stock holdings, as well as the track record of fund managers. Once they set up their minds to buy, they can simply transfer the money they have within Alipay to buy directly into the fund.

"Compared with trading via brokers, digital platforms like Alipay make it possible for anyone, even those without any understanding of finance, to engage in investment," said a financial advisor at a stock brokerage firm. 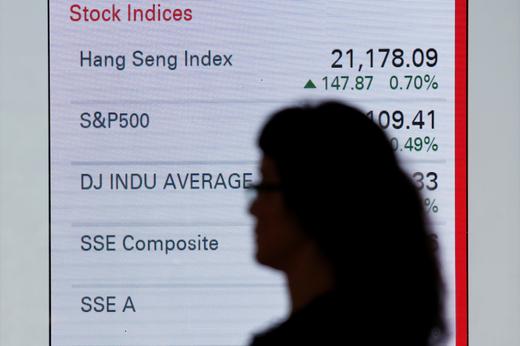 A woman walks past a panel displaying stock indices of Hong Kong, U.S. and China markets, outside a bank in Hong Kong, June 7, 2016. /Reuters

A woman walks past a panel displaying stock indices of Hong Kong, U.S. and China markets, outside a bank in Hong Kong, June 7, 2016. /Reuters

Sun Yiming, a social media influencer on Chinese video-streaming platform Bilibili, saw the viewership of his video on investing in funds soar since late last year. A video he made titled "An introduction to investing in funds for absolute beginners" had attracted about 500,000 views on the platform.

But many new investors found out the hard way that the market boom of 2020 cannot be extended into this year. Starting earlier this year, Chinese stocks suffered a significant drop. Consumer, healthcare and liquor stocks, which are included by many mutual funds in their portfolio, have gone down consistently in recent weeks.

Christopher Zhu, a post-doc student in his late 20s, said he found the dramatic turn of events in China's stock market earlier this year difficult to comprehend. "What happened last year gave me the impression that little can go wrong when it comes to buying funds," he said. "But starting this year, every fund that I have is dropping in value." 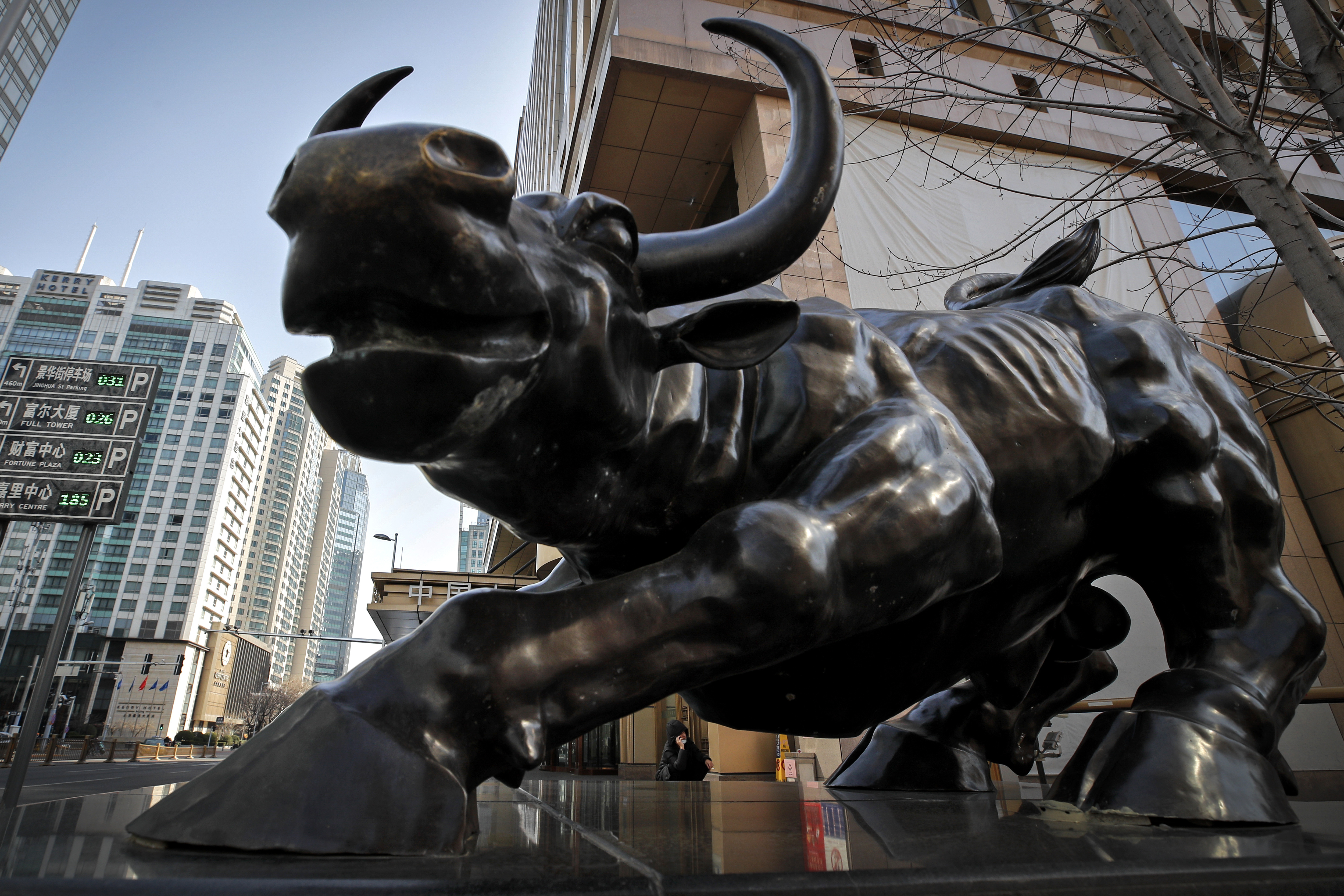 A statue of an investment icon, a bull, on display outside an office building in Beijing, March 11, 2020. /AP

A statue of an investment icon, a bull, on display outside an office building in Beijing, March 11, 2020. /AP

But millennials are more capable of handling the losses, since many are the only child in their family, they have access to more accumulated capital, said Zhang Yi, CEO and chief analyst of iiMedia Research.

It is all part of a learning experience for Chinese millennials, said 22-year-old Sun, the social media influencer. "Now as investment information is readily available on social media, and the equity market is highly developed in China, young people have come to embrace funds just as the older generation embraced insurance."

Having been through many wild swings since he bought his first stock at the age of 18, Sun considered the current losses integral to his future growth.

"In the stock market, losses signify opportunity," he said.